On August 20, 2016, a female Bald Eagle was released at Belle Isle State Park in Lancaster County, Virginia. The mature eagle was rescued from the side of the road in Richmond County in July 2016. Read more about the eagle’s history and rehabilitation here. Prior to release, the eagle was fitted with a GPS transmitter.

December 2016 update:  BI20 has not yet checked in since October 1; at that point, the bird was actively flying and was not in a particularly concerning location. We consulted with a CTT transmitter specialist; he is unsure why the device went from transmitting daily to no transmissions for two months. As of mid-December, the battery voltage is slightly low, though this has not been an issue throughout the fall. We'll wait to see if we hear from this bird again.

October 1: Bald Eagle BI20 spent the rest of September along the coast of Ophelia, exploring the banks of the Potomac River. As of October 14, the eagle has not checked in since the start of the month. The bird's battery appears to be somewhat low on charge. 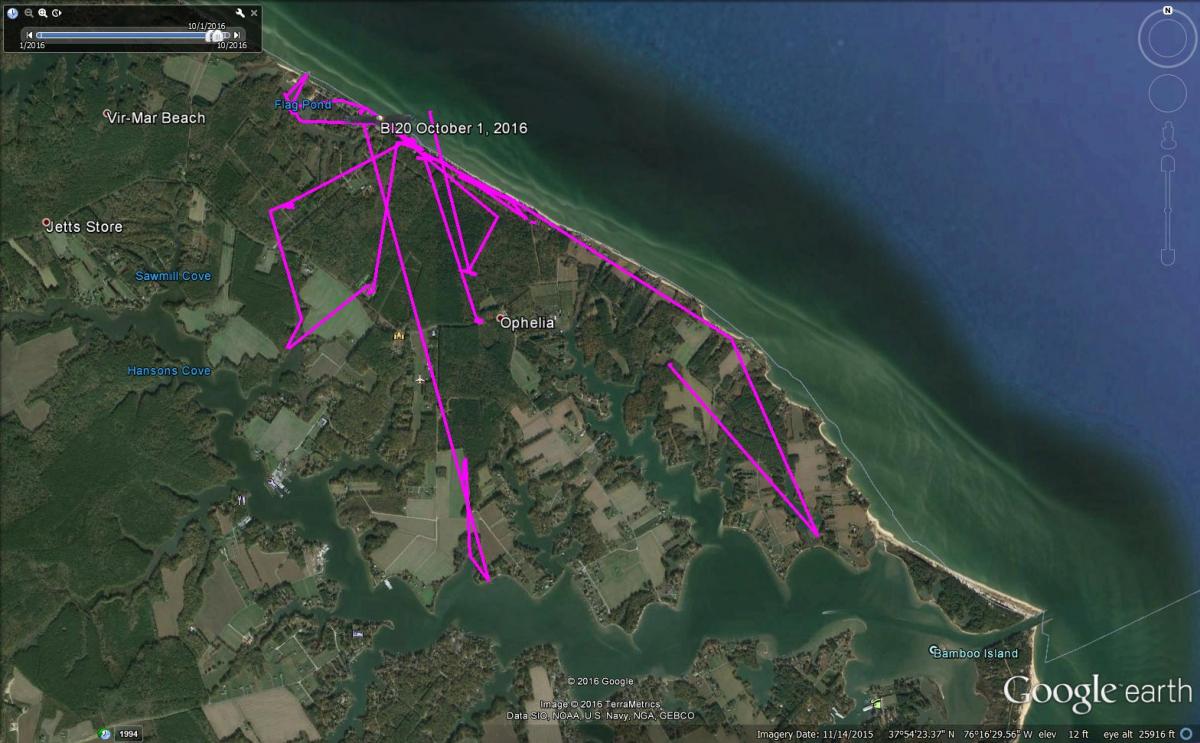 September 27:  BI20 flew north through Northumberland County this past weekend, before heading east along the coast, where the Potomac River flows into the Chesapeake Bay. The eagle is now about a mile east of the town of Ophelia.

September 22:  This week, it's back to the Great Wicomico River. BI20 has been exploring a four-mile stretch of the river that empties into the Potomac. 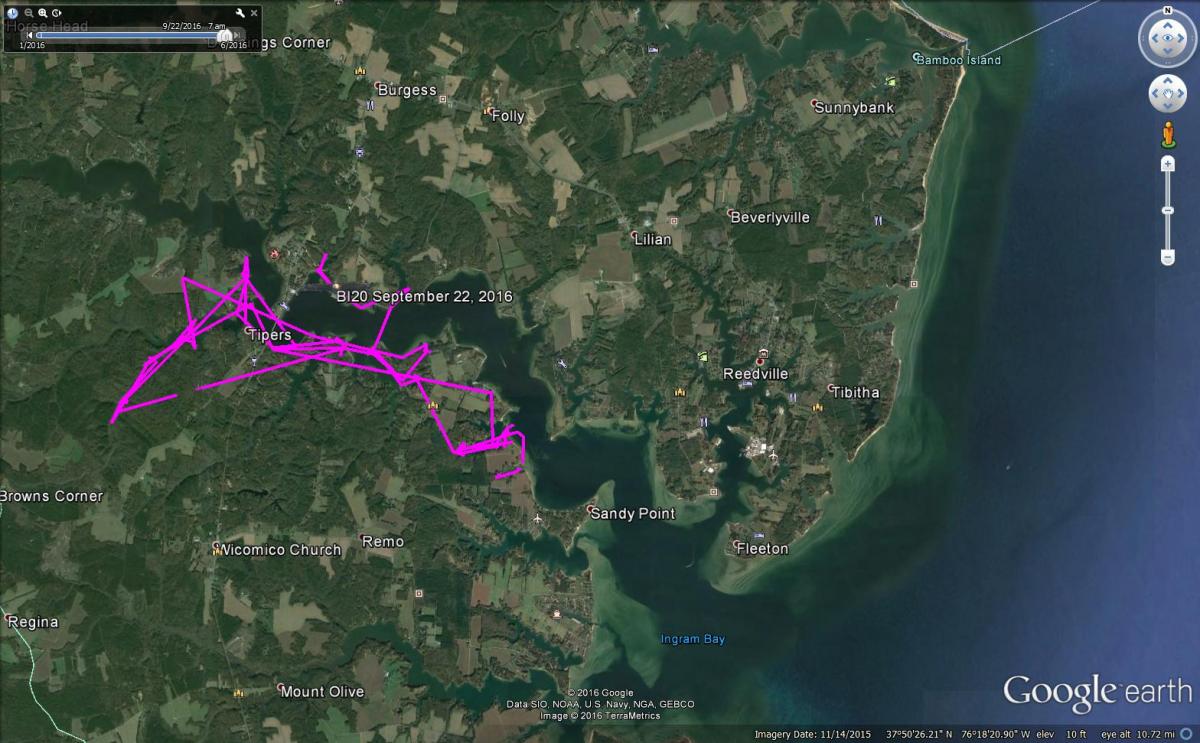 September 14:  During the past five days, BI20 flew about 41 miles, from Northumberland County over the Rappahannock River. The eagle is now in Middlesex County, right across the river from her release location at Belle Isle State Park. 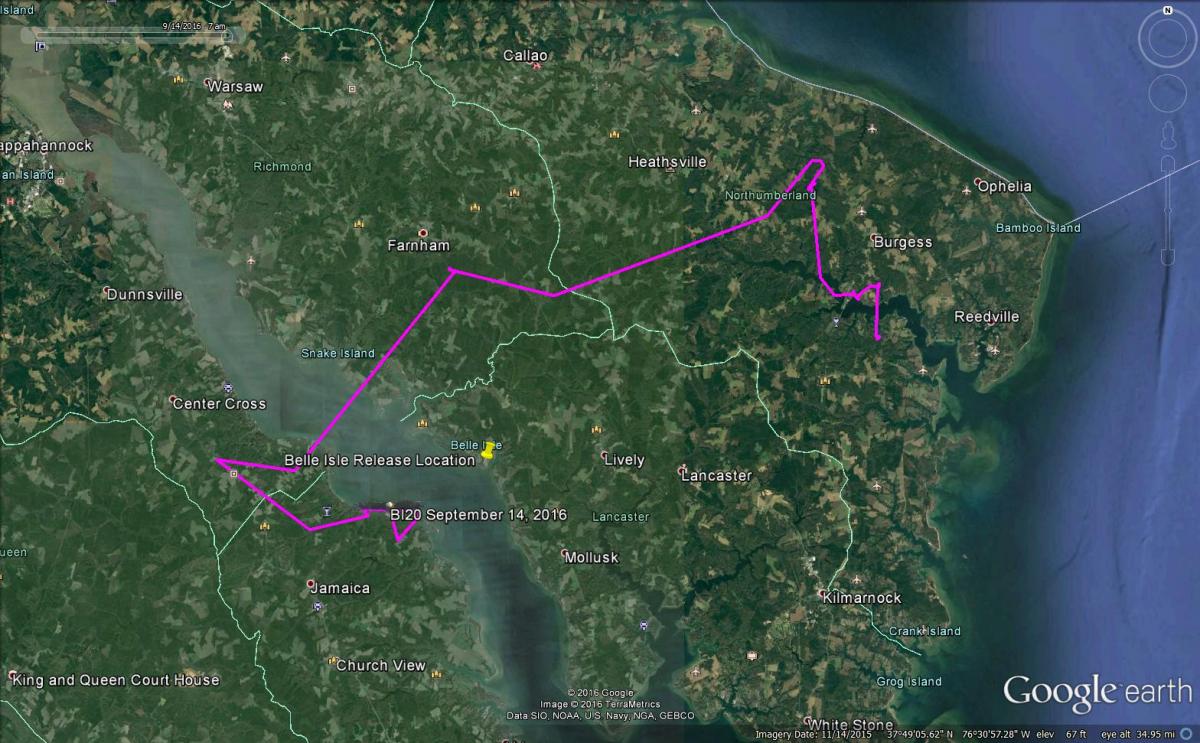