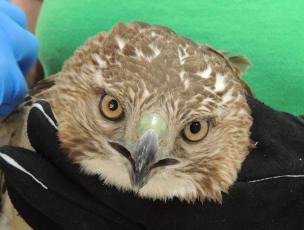 On the afternoon of January 27, a citizen in Nelson County found an immature Red-tailed Hawk in his back yard; he suspected that the neighbor’s dog had attacked the bird. The following morning, he transported the hawk to the Center, where it was admitted as patient #19-0062. 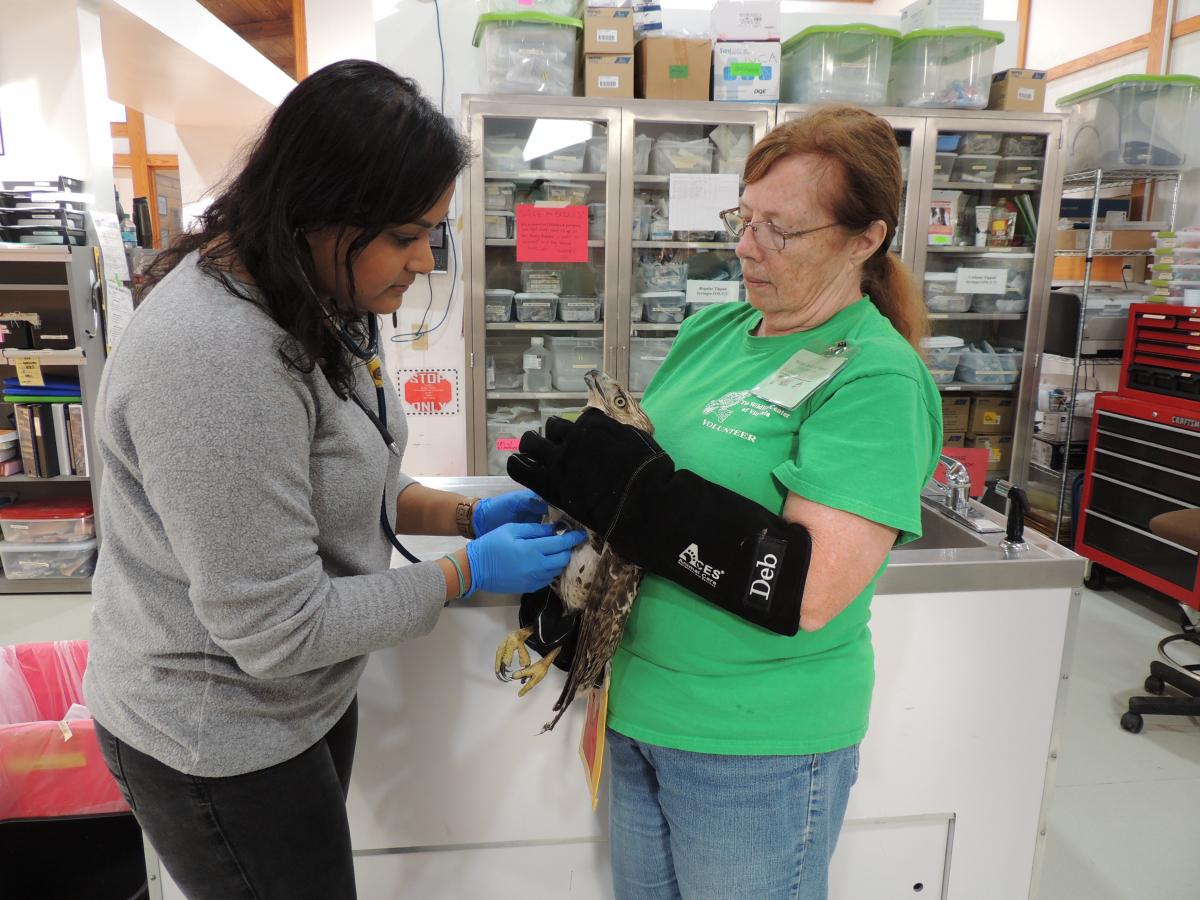 The hawk was quiet but alert on arrival though was laying down in his transport carrier. On the hawk’s physical examination, the veterinary team found that the bird had bruising and swelling on the right side of his chest. Radiographs revealed pericardial effusion – fluid around the bird’s heart. The team also heard muffled heart sounds when listening to the bird through a stethoscope; this “cardiac tamponade” was likely caused by the fluid around the heart, which was negatively affecting how the bird’s heart functioned. Blood work confirmed a low red blood cell count. The veterinary team gave subcutaneous fluids to the hawk and started him on a course of anti-inflammatories, as well as a sedative, then placed the bird in an oxygen chamber to assist the hawk with his breathing.

While any bird could serve as a blood donor (at least for the first transfusion), the best results come from a donor of the same species. Sadly, that same afternoon, a Red-tailed Hawk was admitted with multiple severe fractures from a gunshot injury. Dr. Karra had examined the new hawk and decided that the fractures were not repairable, but that the bird could act as a blood donor to this other Red-tailed Hawk in need.

Blood was drawn from the shot hawk, then very slowly transfused to Red-tailed Hawk #19-0062. The procedure went well, and the hawk was placed back in his oxygen tank to recover. 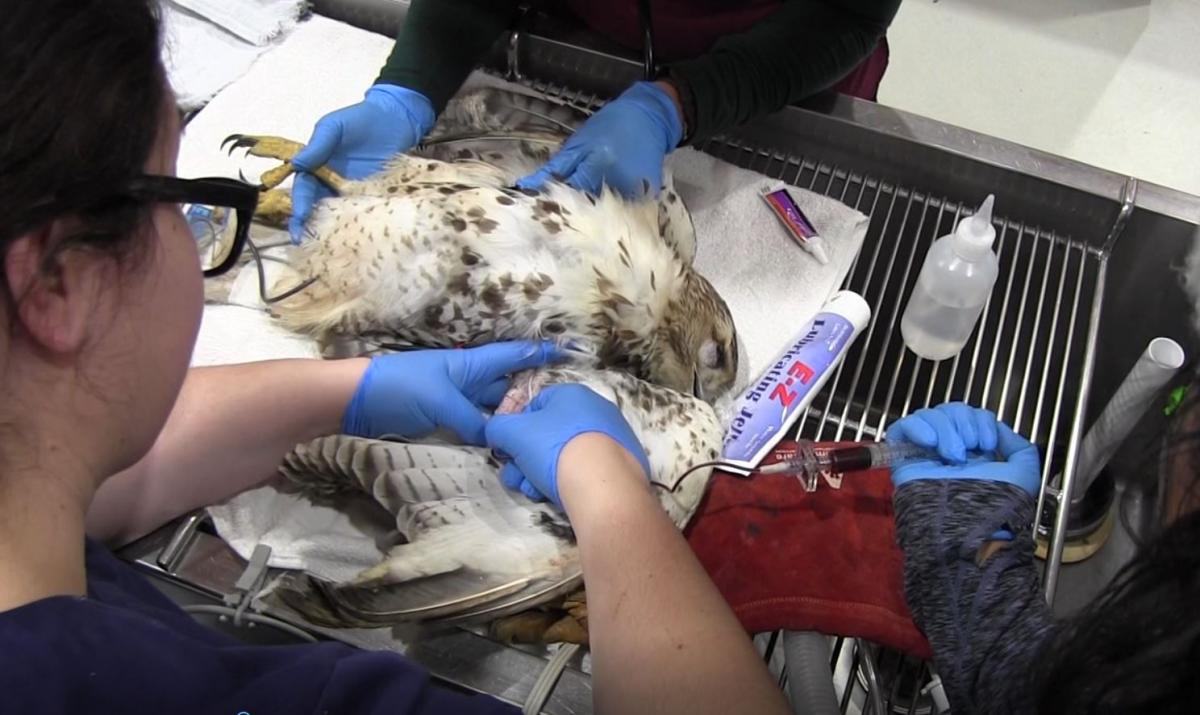 The following day, the hawk was bright, alert, and standing in its enclosure; the hawk also ate about half of her meal by herself. While this hawk’s condition is still guarded, the staff have been encouraged by the bird’s progress since the blood transfusion.

Your donation will help provide veterinary medical care to this injured Red-tailed Hawk, and thousands of other wild animals in need. Thank you!

Sadly, on the morning of February 7, the staff found Red-tailed Hawk #19-0062 deceased in his enclosure.

The veterinary students conducted a necropsy on the hawk that afternoon to see what they could learn about this hawk’s internal injuries. No pericardial effusion [fluid around the heart] was noted as it was on admission, and the chambers and valves of the bird’s heart were within normal limits. Unfortunately, there were significant changes to the bird’s lungs, liver, and kidneys.

While the bird survived his initial injury, it’s likely that the cause of the bird’s death was multi-organ failure due to the lack of oxygenation to the tissues and organs from the hawk’s improperly functioning heart.