A Plague of Grackles 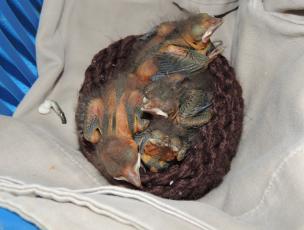 The Wildlife Center had its busiest day of admissions so far in 2013 – on May 7, 48 patients were admitted to the Center. The bulk of these patients were nestling Common Grackles!

A local tree service was cutting down large spruce trees in Verona, Virginia; after the trees were felled, the workers noticed several nests full of baby grackles. Two staff members carefully picked through the downed trees and boxed up a total of 39 nestling birds. Grackles are semicolonial and often prefer to nest in loose colonies for protection from predators.

The Wildlife Center staff checked in the young birds – each of the 39 grackles received a physical examination, oral fluids, and a small identification band placed on its leg. The birds were settled into incubators in the Center’s ICU – which for most of the spring and summer season, acts as the “orphan” room. A federally permitted rehabilitator with the Rockfish Wildlife Sanctuary helped lighten the load by taking 18 of the grackles that same afternoon. 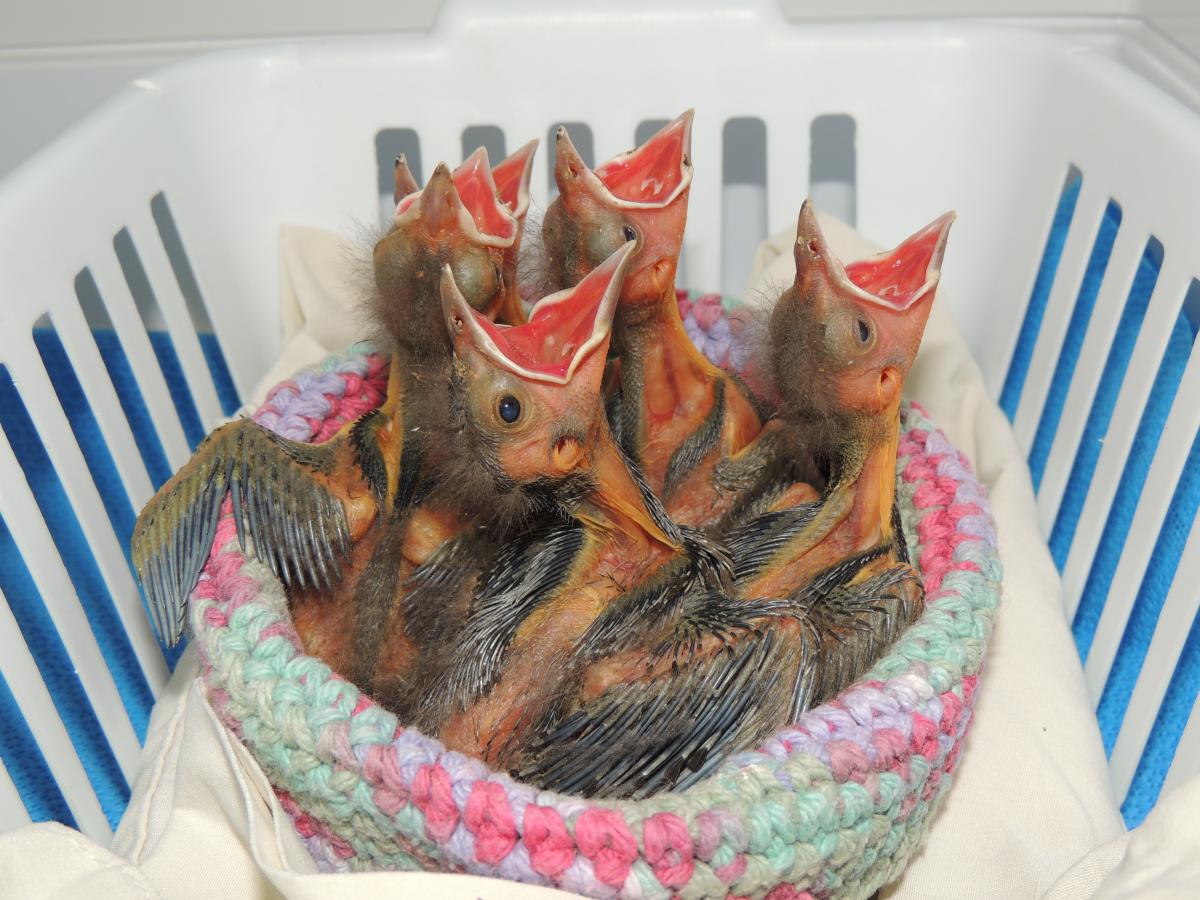 Over the next few days, the rehabilitation staff will feed these baby birds every 15 minutes. The birds will receive a special baby bird “formula” full of protein and fat; they’ll also receive dead insects, soaked kitten chow, and additional oral fluids. The birds will be weighed every morning to ensure they are gaining weight. As the birds mature, they will be moved to enclosures warmed by heating pads, and eventually, the Center’s outdoor aviary.

If you are working on landscaping and other yard work this summer, don’t forget to check for wild animals that may be living in the area!  If possible, wait until nests are no longer active to have tree limbs trimmed and removed.

In 2012, the Wildlife center admitted 25 Common Grackles ... for the year!  Your donation will help feed and support these grackles ... and with 2,500 other wild animals in need.

On June 5, the large group of Common Grackles was released! Animal Care volunteer Carol released the 19 grackles nearby in Waynesboro. A week before the release, certified wildlife rehabilitator Amber was able to film a grackle feeding using the Center’s GoPro camera.

After the initial explosion of Grackle admissions, the Center’s Grackle-patient load has decreased significantly. After transferring many of the Grackle hatchlings to other permitted wildlife rehabilitators, the Center is now caring for a total of 19 Grackles.

Fourteen of the Common Grackle patients have already been moved to the Center’s outdoor aviary complex. Five Grackles are being acclimated in small cages in the aviary hallway before they will be moved into a larger aviary pen.

Here is a short video of some of the (very vocal) Grackles in the aviary!