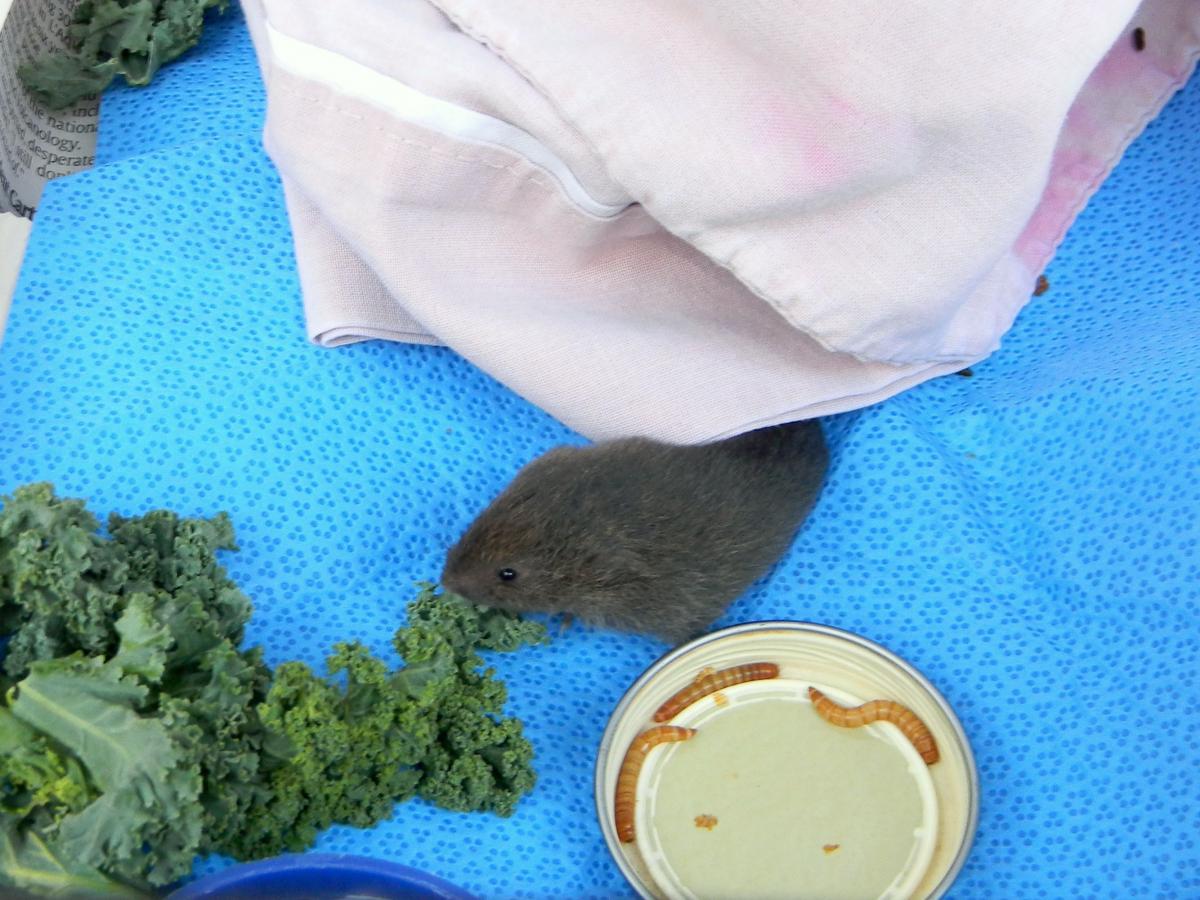 On October 15, two orphaned rodents were admitted to the Wildlife Center. A homeowner in Staunton retrieved the two young animals from her cat the day before; when the cat presented the dead mother rodent to the homeowner, she found that two young, nursing offspring were still attached.

When the young mammals were admitted, the staff began searching through several field guides to correctly identify the animals. Based on several physical characteristics, including tail-size and fur color, the two orphans were identified as pine voles. Pine voles typically occupy grassy fields, forests, and orchards, preferring habitats with well-drained soil. Pine voles’ burrowing systems can house several adults and their young. Their diet consists of grasses, seeds, bark, and roots, and they themselves serve as prey for Barn Owls, Eastern Screech-owls, hawks, snakes, and foxes.

The two voles – one male and one female – appeared to be healthy and without puncture wounds from the cat. They were bright and alert, and were fully furred. The rehabilitation staff determined that they were likely at the weaning stage – and offered them soaked puppy chow and other soft foods to see if they would eat. If not, the rehabilitation staff would hand-feed the two voles. The siblings were about 6.5 to 7.0 grams upon admission, and quickly began eating solid foods.

In the days that followed, the two voles ate well and began gaining weight. On October 21, the rehabilitation staff began acclimating the voles to the outside weather – this means that the voles’ enclosure was placed outside during the day, and brought indoors at night. This several-day process of acclimation prepares young animals to the outdoor temperatures, sounds, and smells, and is an important step in the “pre-release” process. 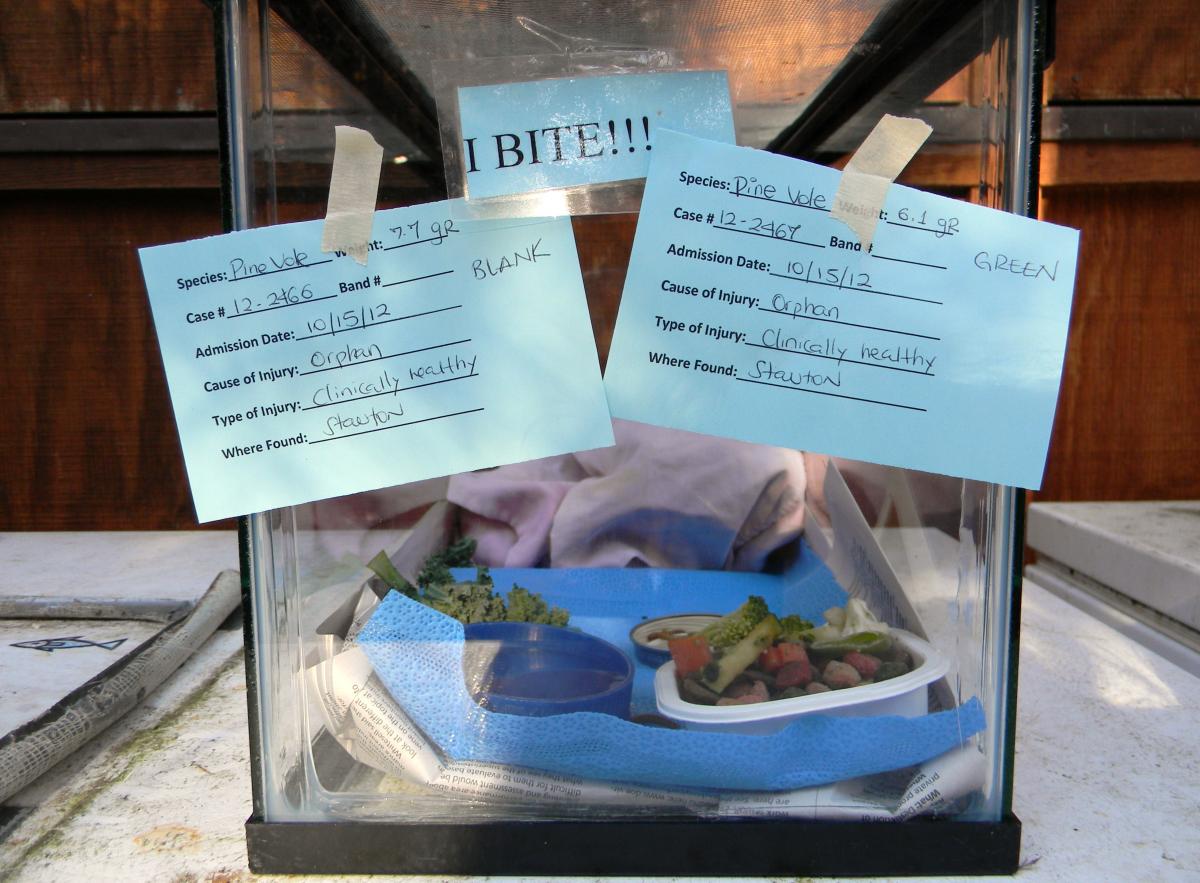 As of October 24, the voles had doubled in weight. The rehabilitation staff will release the two siblings later this week.

At the Wildlife Center, we treat to release. Your donation will help support the Center’s life-saving work with these two voles … and with thousands of wild animals in need.