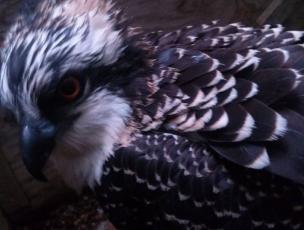 On the morning of July 6, three young Ospreys featured on the Smith Mountain Lake Osprey Cam were missing from their nest. Park staff discovered two of the fledglings on the ground below the nest. The third chick was not seen in the area. Since immediate re-nesting was not an option for the park staff, the two birds were carefully captured and were taken to a local federally permitted wildlife rehabilitator at Southwest Virginia Wildlife Center. Rehabilitator Sabrina Garvin examined the chicks and transferred them to the Wildlife Center of Virginia the following morning. Read more about the ospreys and the osprey cam here. 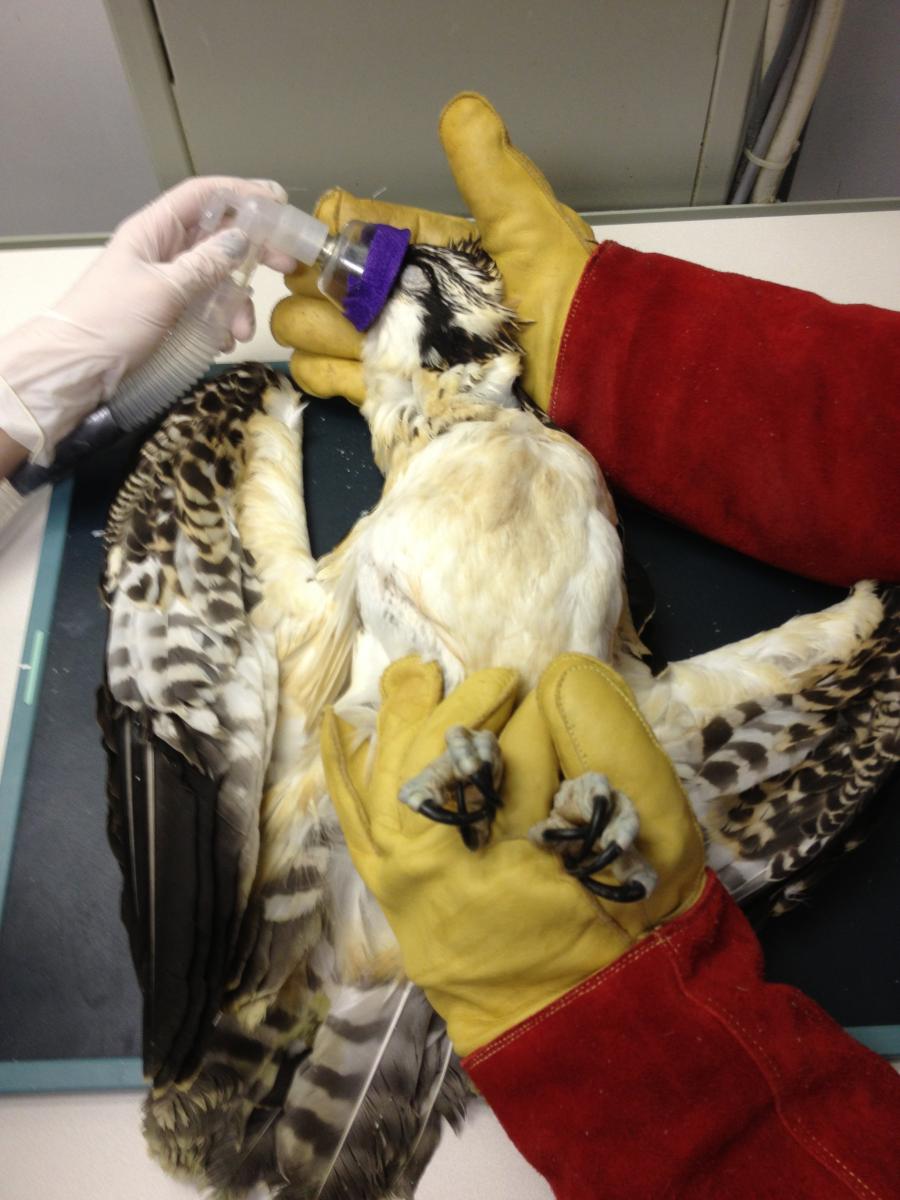 Drs. Rich and Kristin examined the young Osprey when they arrived. Admitted as patients #13-1784 and #13-1785, both fledglings were bright and alert upon arrival, though both were mildly dehydrated and thin. Dr. Rich noted a small area of haziness in Osprey #13-1784’s right eye; he does not think that this will be a long-term problem, but is likely an injury to the vitreous of the Osprey’s eye. No injuries were noted on radiographs. Osprey #13-1785 had bruising on its right wing and left leg, likely from the fall from the nest.

Both birds received fluids to treat their hydration; Osprey #13-1785 received a dose of anti-inflammatories. Since both birds were relatively healthy upon admission, they were placed in a C-pen, one of the Center’s small outdoor raptor enclosures.

Osprey can be challenging to care for in captivity; the birds are prone to fungal infections in captivity [aspergillosis] and can sometimes be reluctant to eat. Housing the two birds outdoors, away from the regular sounds and sights of humans, should help reduce stress and the risk of a fungal infection. The rehabilitation staff will offer a variety of fish to the two fledglings.

Success! On the morning of July 9, Dr. Kristin and certified wildlife rehabilitator Kelli drove Ospreys #13-1784 and 1785 back to Smith Mountain Lake for a re-nesting attempt. Both staff members climbed into a cherry picker — each with an osprey — and were lifted up to the nest. After placing several fish into the nest, Dr. Kristin and Kelli each carefully lifted a fledgling over their heads and into the nest – and then quickly squatted down as to not threaten the young osprey. Both fledges stayed put – and the two staff members returned to the ground. As Kelli said, “Immediately they started preening and vocalizing. It couldn't have gone better!”

Within the hour, an Osprey parent returned to the nest and began caring for the two young birds. The birds can be seen on cam at Smith Mountain Lake.

Both osprey chicks were banded at the Wildlife Center prior to re-nesting. Based on measurements taken during the banding, Dr. Dave said that both fledglings are male. 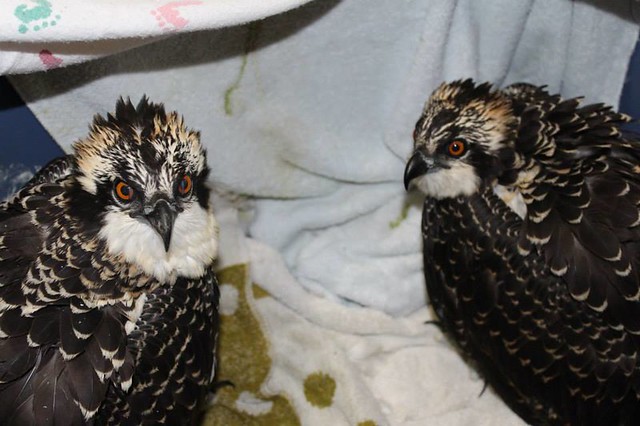 One Osprey Cam viewer recorded this re-nesting as it happened! Special thanks to Eaglelover1923 for catching the big event.

Dr. Dave McRuer, the Center’s veterinary director, has been in touch with Smith Mountain Lake park officials about the two young Osprey. Because the parents are still in the area, and can do the best job of raising these two fledges, a re-nesting attempt will be made. The Osprey are at a particularly challenging age for re-nesting; fledglings have a tendency to jump when startled. Wildlife Center staff members will be present for the re-nesting attempt.

Check the Center’s website later this week for additional updates, after the Osprey re-nesting. 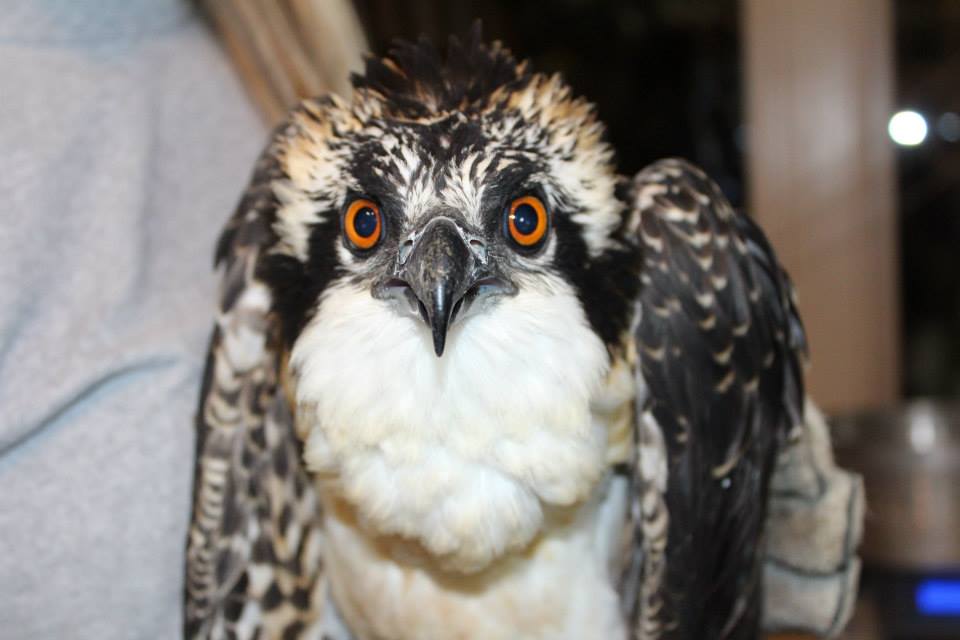 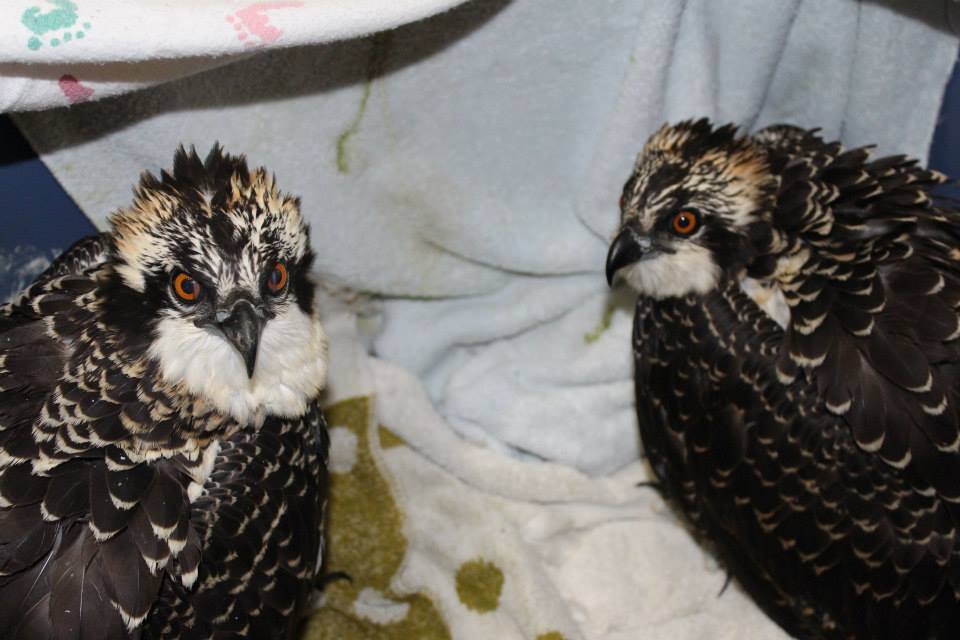 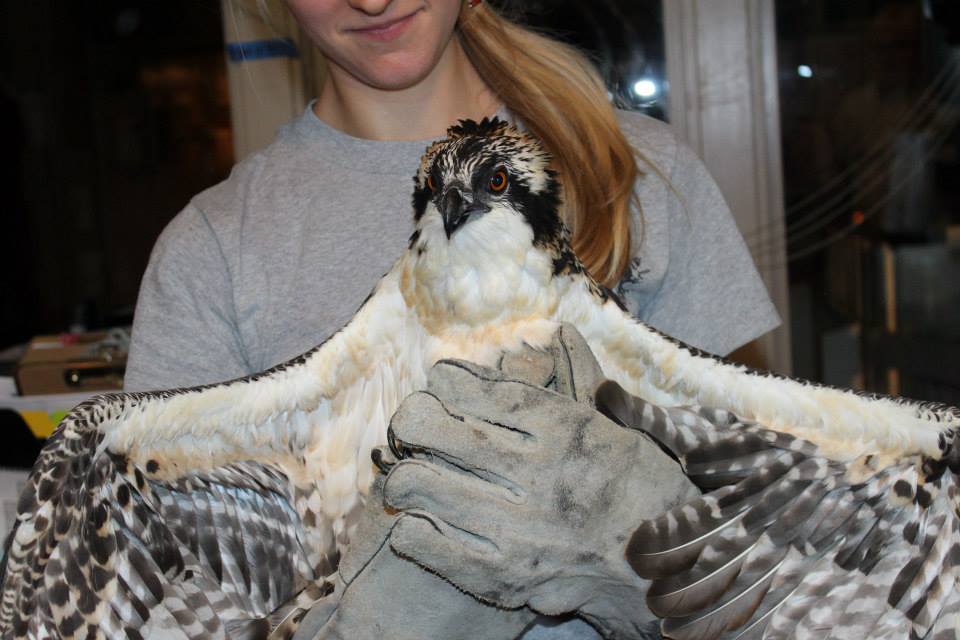