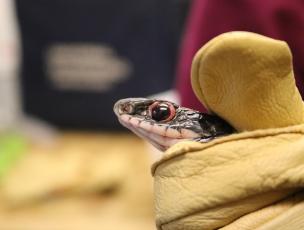 On March 26,  a private citizen brought a Northern Black Racer to the Wildlife Center after finding it entangled in landscape netting. Senior veterinarian intern Dr. Karra was able to safely and quickly cut away the netting, which was tightly bound around the upper portion of the racer’s body.

Once the snake was freed from the netting, an examination and radiographs were performed, and Dr. Karra determined that the snake had not endured any serious internal trauma from the entrapment. The most obvious issue Dr. Karra found was swelling of the snake's left eye, which improved greatly after the netting was cut away, likely due to circulation being restored. During the past few days, the Center’s veterinarians have been monitoring the eye closely for progress as well as treating the superficial abrasions left behind by the netting. 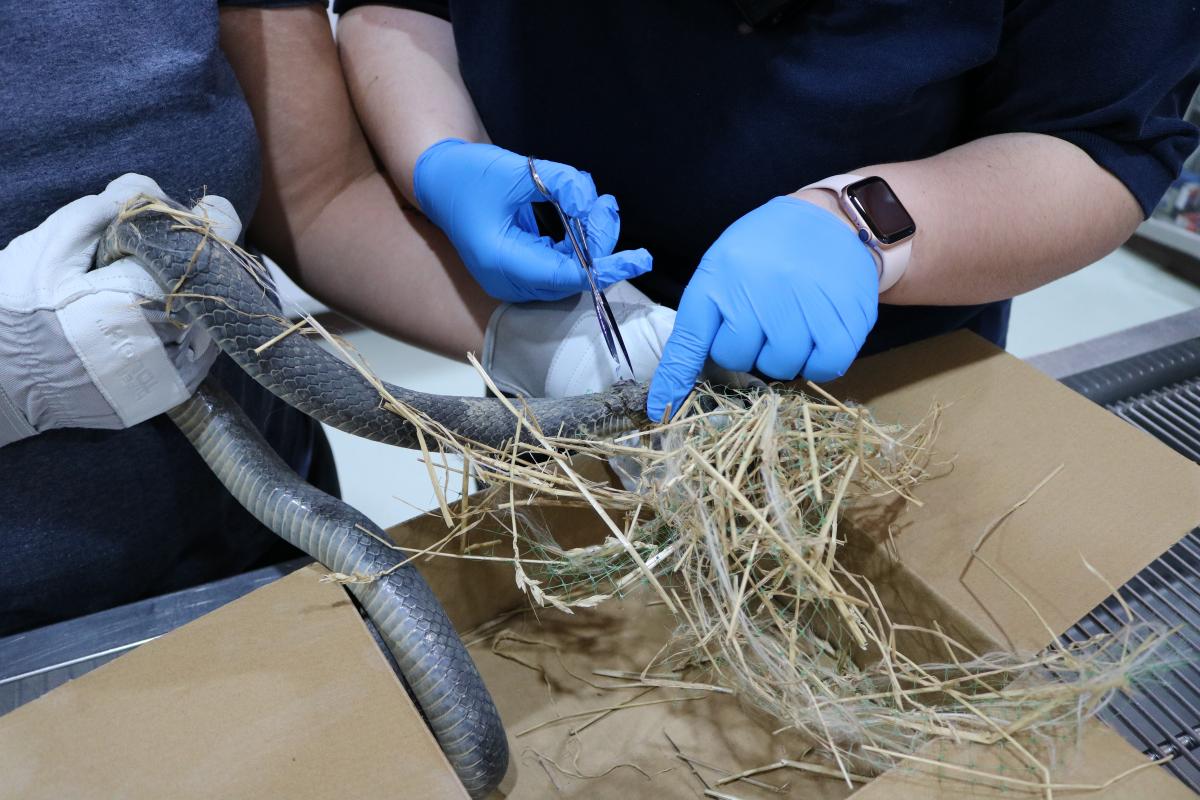 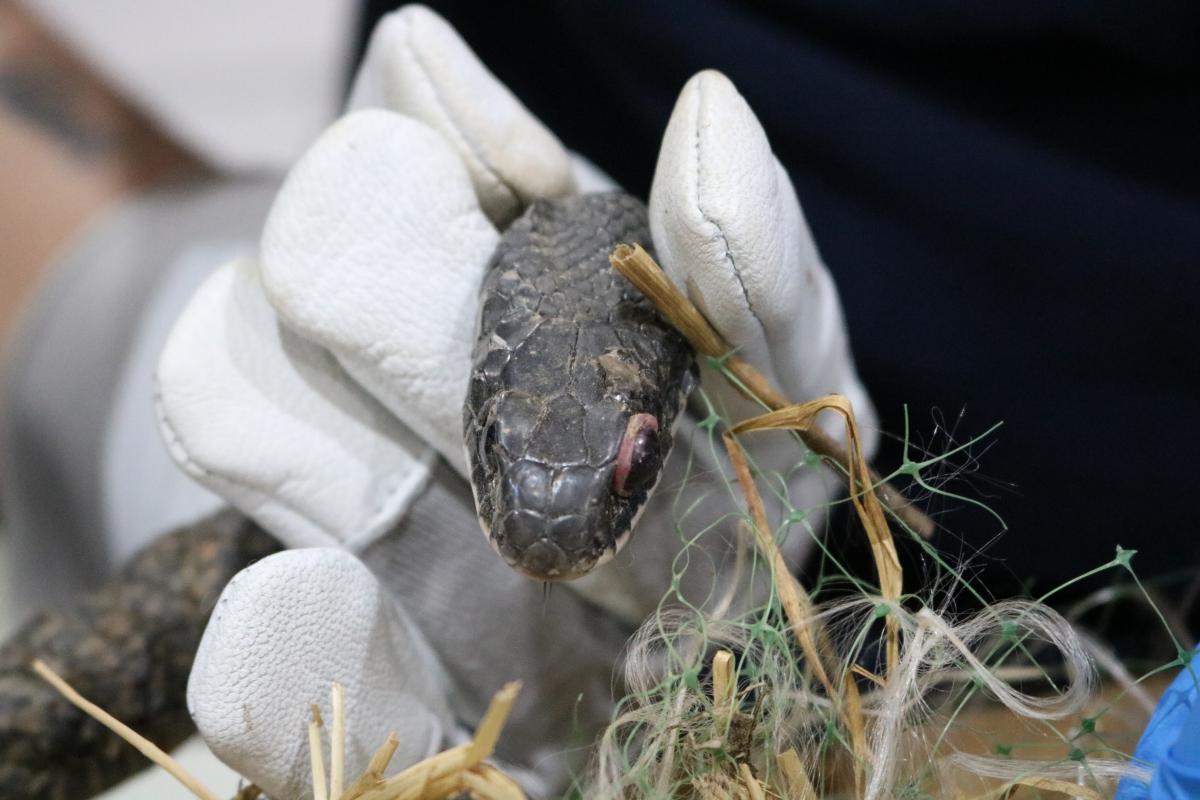 During virtual rounds on April 2, Dr. Ernesto reported the racer was bright, alert, and well hydrated. There is still a bit of swelling present, but overall the snake has been making progress. Sometimes when a snake with abrasions is admitted, the patient may have to remain hospitalized until it completes its next natural shed. This is so the veterinary team can assure that the damaged scales do not result in an incomplete or unhealthy shed. The staff will continue to feed and closely monitor the injured snake.

Your donation will help provide care for this injured snake -- and 3,000 other patients that the Center will treat in 2020. Thank you!

Black Racer #20-0271 spend the first half of April recovering from the abrasions sustained when it was caught in garden netting at the end of March. Unfortunately, during the second half of April, the snake's condition started deteriorating; the snake was quieter, and the racer's skin issues appeared to be worsening. The veterinary team started the snake on a course of antibiotics. Sadly, the snake was found dead in its enclosure on April 26.

Based on the racer's worsening skin necrosis, the veterinary team suspects that the snake may have contracted snake fungal disease (SFD). SFD is an emerging disease in snake populations and is the subject of ongoing research. Within the past year, the Wildlife Center has started swabbing all patient snakes at admission. Results should indicate if the snake had the fungal disease when it was first admitted.