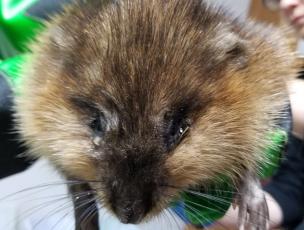 On February 9, an adult male muskrat was admitted from Augusta County after it was found struggling to pull itself onto a pond bank. The rescuer brought the muskrat to the Center immediately, where it was admitted as patient #20-0093, making it the first muskrat admitted to the Wildlife Center of Virginia since 2016. 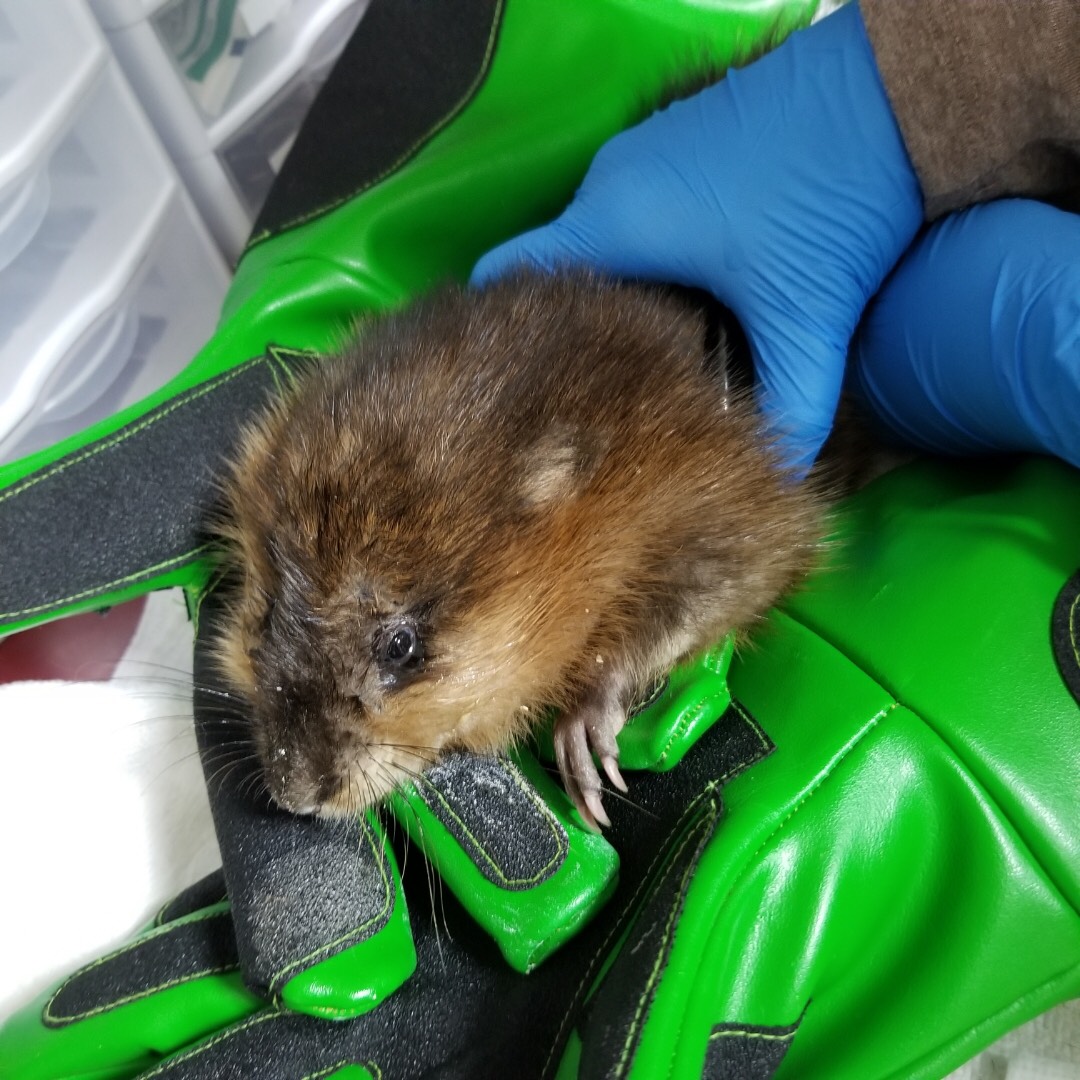 Through examination, the veterinary team found that the muskrat’s body temperature was so low that their thermometer could not read it, indicating the patient was severely hypothermic. The muskrat was cold to the touch, very weak, and showed signs of shock, including a slow heart rate. While the exact cause of this shock is unknown, it is likely the result of physical trauma, like a car collision or predator attack, or the ingestion of a toxin, such as pesticide or rodenticide.

The muskrat is currently housed in an incubator to combat hypothermia and is also receiving supportive fluids daily. A blood chemistry panel will be run on February 11 to check the muskrat’s overall organ functions.

The patient’s prognosis is considered guarded at this time due to the potential for permanent organ damage as a result of the shock.

Muskrats are small mammals that can be found across much of North America. They live exclusively in habitats like wetlands, marshes, ponds, lakes, and streams, as they rely on a consistent source of water. Like many rodents, they dig burrows and dens in the ground, usually with several escape routes; however, the species spends most of its time swimming and feeding in the water. It is not unusual to see muskrats active during the daytime, but they are much more likely to feed at night. While from a distance they may look similar to a beaver, muskrats are quite small when fully grown [weighing around two pounds] and they have a much skinnier rat-like tail.

Your donation will help provide veterinary medical care to this injured Muskrat. Thank you!

At the end of the day on February 11, veterinary staff syringe-fed muskrat #20-0093 and checked its vitals. During this time, the muskrat still showed an irregular heartbeat and weak pulse. The veterinary team placed an IV catheter to deliver fluids for the night due to the muskrat’s continued low body temperature and dehydration. Unfortunately, the muskrat died later that night and was found on the morning of February 12 by veterinary staff during morning treatments.