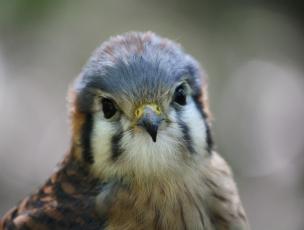 Edie came to the Wildlife Center in May 2005. She was found as an orphan in Roanoke, Virginia after her nest tree was damaged in a storm. She was kept by her rescuers for several days before being taken to a local wildlife rehabilitator. After several weeks of observation at the Wildlife Center, our veterinary staff determined that she was imprinted on humans. Young birds visually imprint on their caregiver and thereafter identify with that species for life; Edie was with her rescuers during this critical imprinting stage of her life. Due to the behavioral changes brought on by her imprinting, Edie cannot be released back into the wild.

On December 15, the Wildlife Center staff made the difficult decision to humanely euthanize Edie the American Kestrel, due to chronic arthritis issues associated with her advanced age. Edie was 15 1/2 years old. 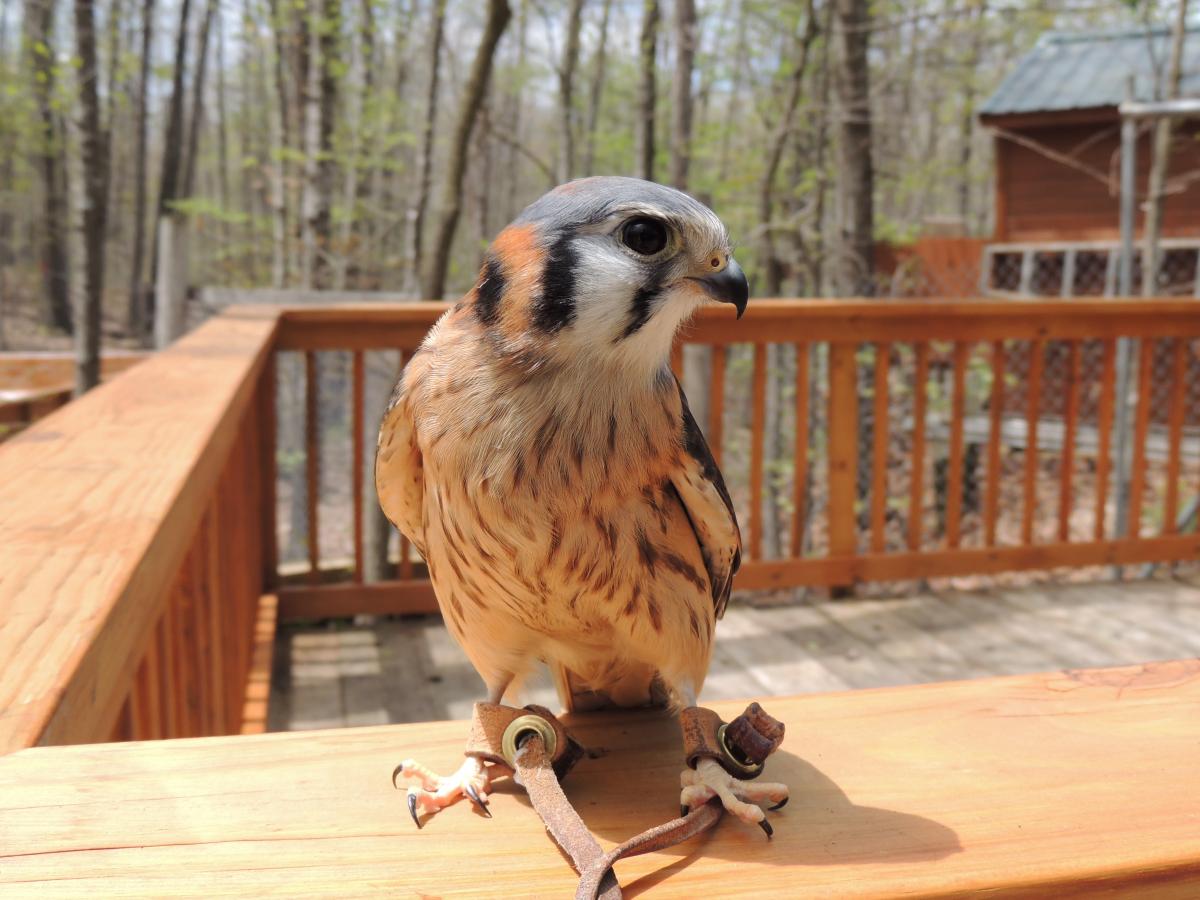 Edie hatched in Roanoke, Virginia, in the spring of 2005. Her nest tree was damaged in a storm; rescuers kept her for several days before taking Edie to a local wildlife rehabilitator. After several weeks of observation at the Wildlife Center, the rehabilitation staff determined that Edie was imprinted on humans. Edie was with her rescuers during a critical time of life, when she was learning her sense of species identification. Due to the permanent behavioral changes brought on by human-imprinting, Edie was unable to be released to the wild. She joined the education animal ambassador team later that same summer. 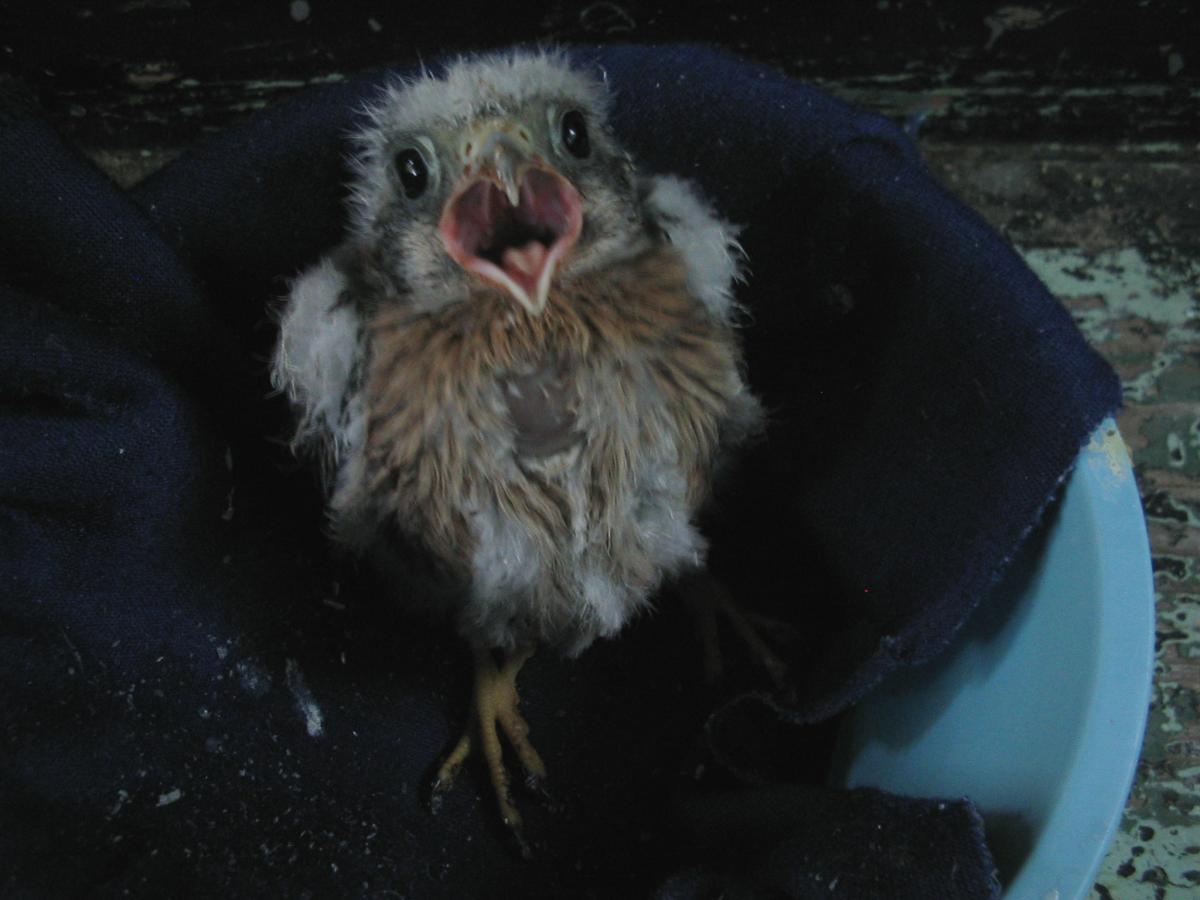 During her 15+ years at the Center, Edie met more than 71,000 people and appeared in more than 1,500 programs, both off- and on-site. She traveled to elementary schools, libraries, state fairs, private receptions, and was an education partner to many outreach staff over the years. Edie captured the hearts of many people with her tiny stature and huge personality. 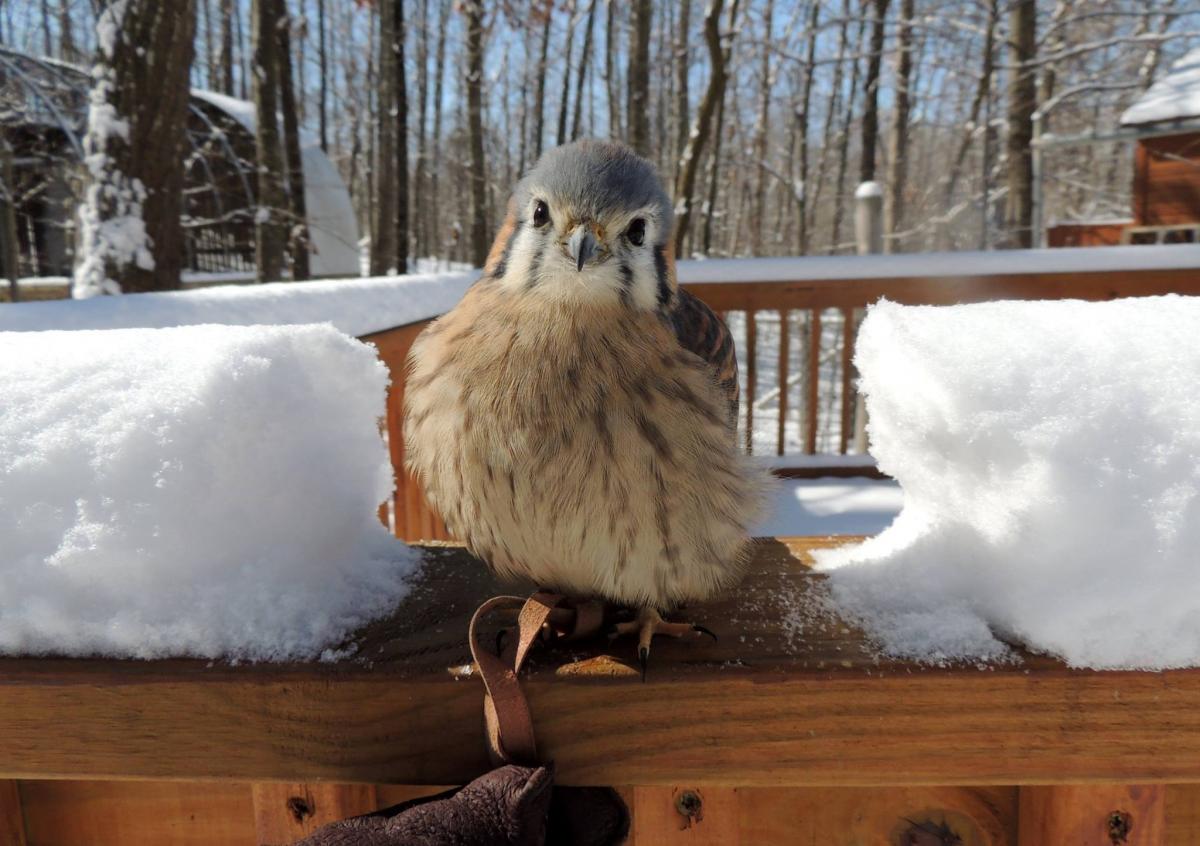 At the time of her passing, Edie was one of the most senior members of the education raptor team, second only to Gus the Barred Owl. For the past few months, the outreach staff have been keeping a careful eye on Edie's mobility and appetite. Within the past week, Edie had notable changes in her ability to preen her more arthritic wing; the veterinary and outreach staff decided that the most humane decision was to euthanize Edie before her condition and quality of life would worsen. We're happy that Edie was able to spend her final days in the warm winter sun, watching over all staff, students, and volunteers as they came and went through the Center's property.

Goodbye, Edie, and rest in peace. Your friends and family will deeply miss you. 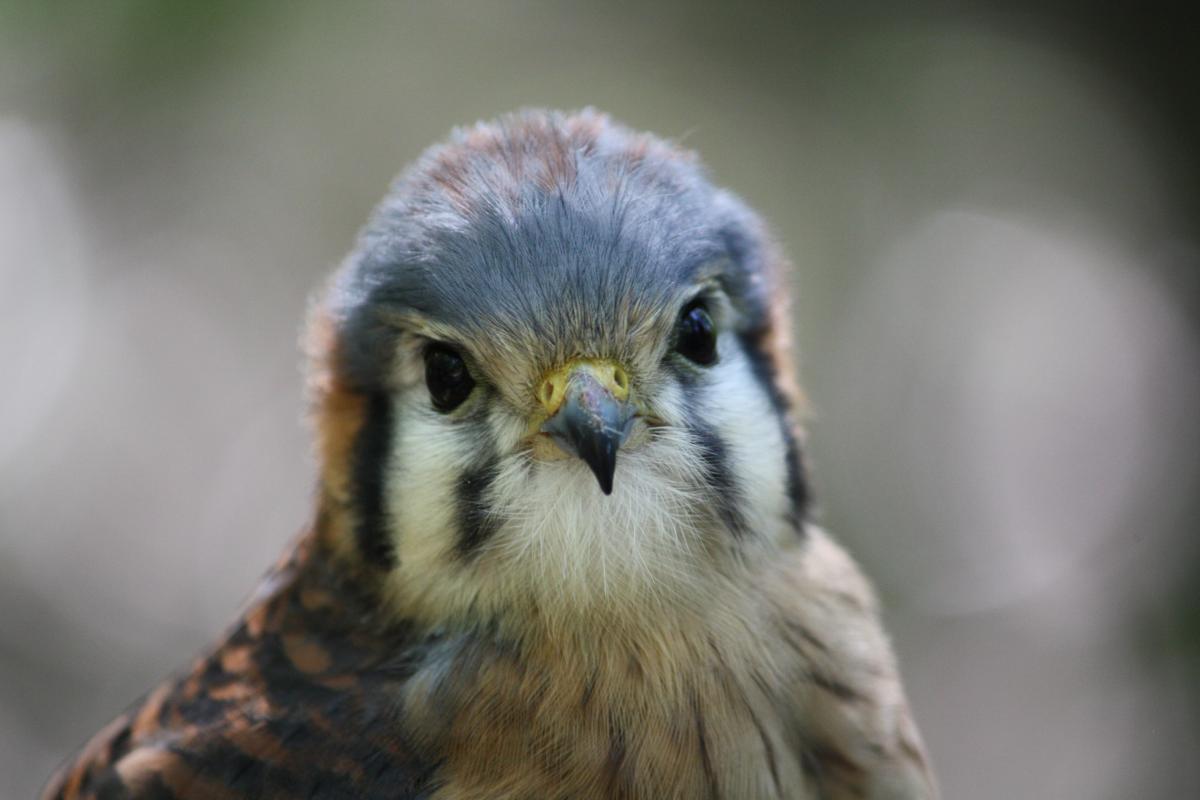