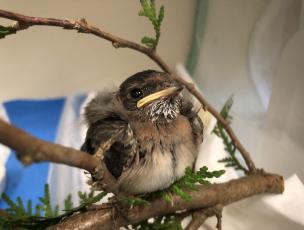 On June 19, the Wildlife Center had an exceptionally busy afternoon -- when 98 new patients were admitted in a matter of minutes!

A bridge in Fredericksburg, Virginia, has been under construction this year; earlier this year, the Virginia Department of Transportation and Virginia Department of Game & Inland Fisheries started talking with the Center about impacts on nesting swallows. DGIF officials asked if the Center could care for any displaced nestling birds -- and on June 19, we received 98 nestling and fledgling swallows! 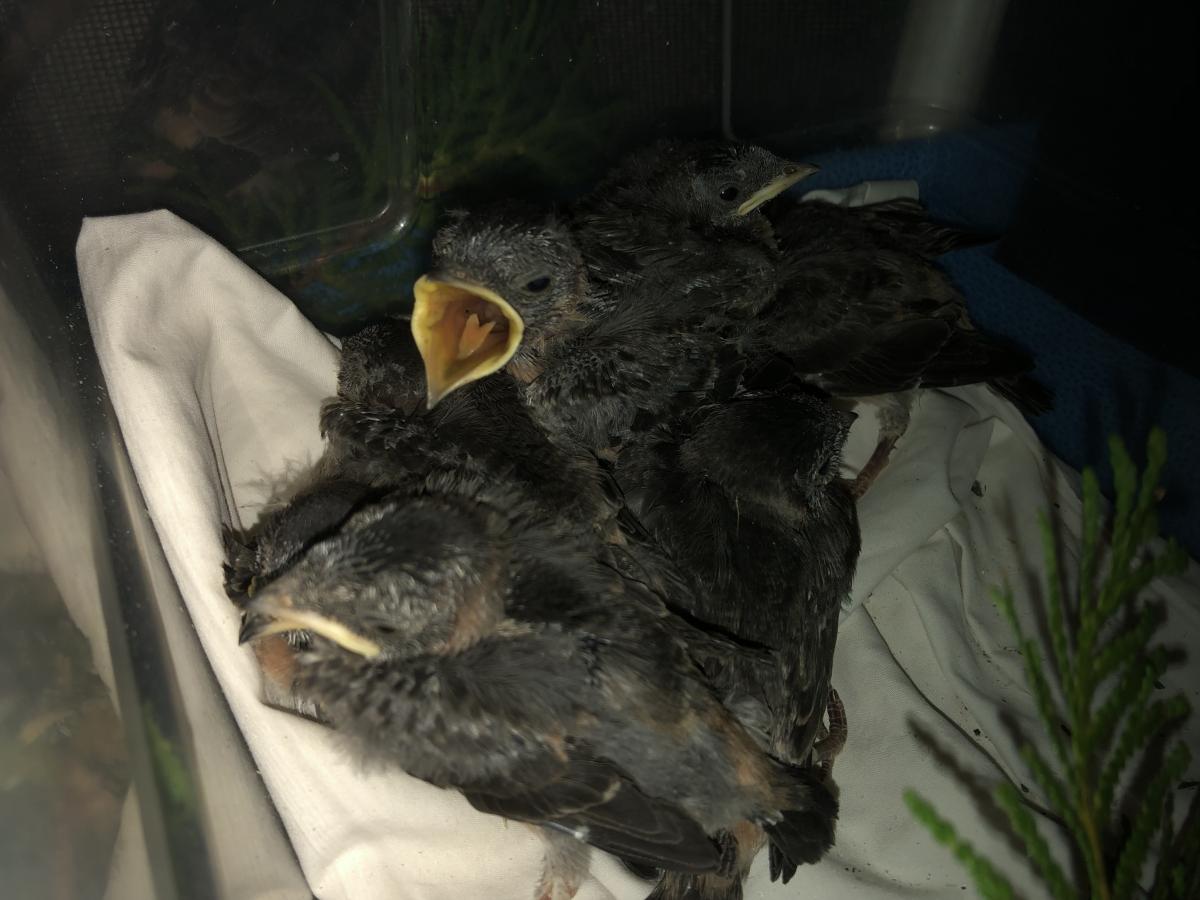 Cliff Swallows are aerial insectivores that live and breed throughout much of the United States before migrating to Central and South America each year. They build mud nests in large colonies, typically on cliff ledges -- or under bridges.

The rehabilitation staff quickly set up these 98 new patients in the Center's ICU - some of the younger birds needed to be housed in incubators; older birds were set up in a variety of reptariums and aquariums. The staff carefully weighed and examined each individual bird and then started hand-feeding the young patients -- for some young birds, as often as every 15 minutes.

During the next week, several at-home wildlife rehabilitators and other wildlife rehabilitation centers volunteered to take some swallows -- working together to ensure that all 98 birds received enough individual attention and care. By the end of June, only six Cliff Swallows remained at the Center, and were old enough to move into the Center's outdoor aviary. 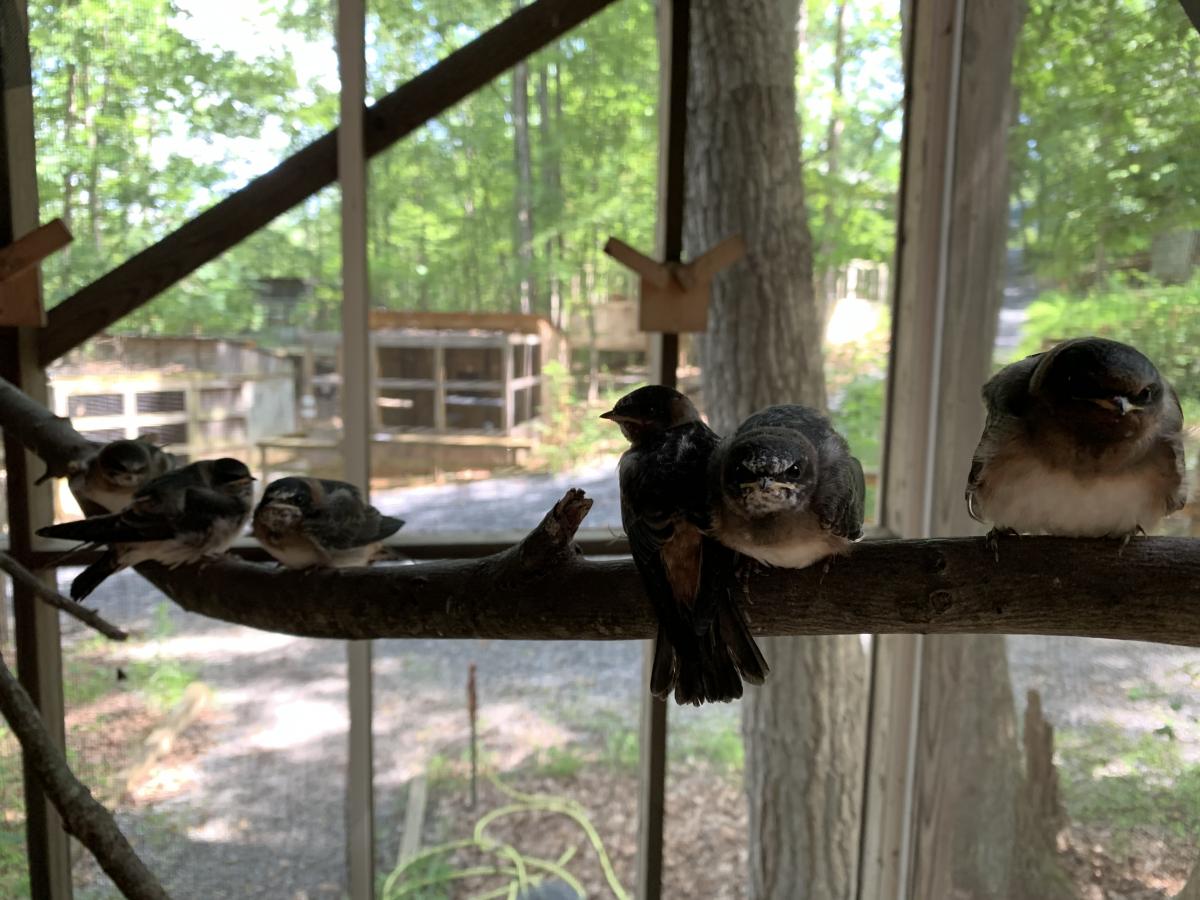 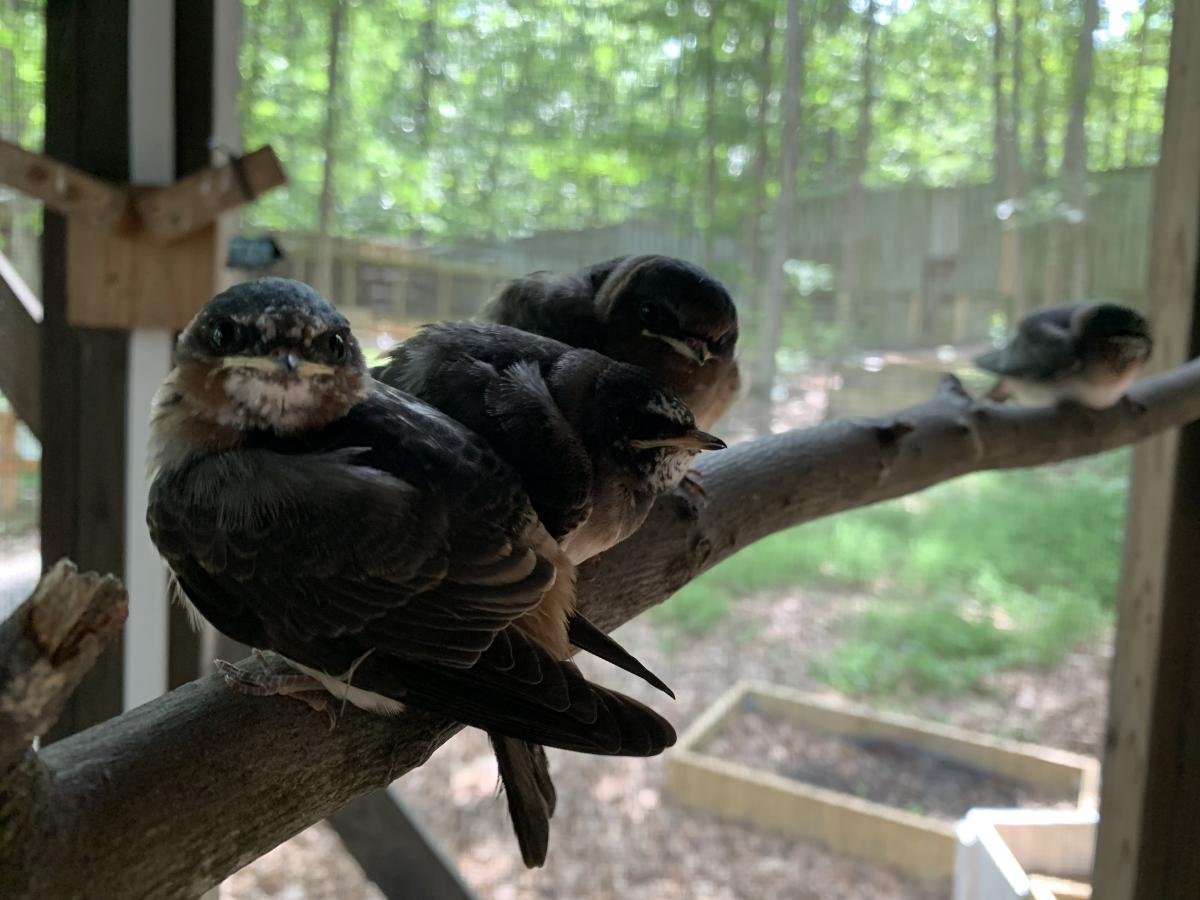 Currently, the swallows in the Center's aviary need to be fed every 60 minutes; the staff are attempting to teach the young birds how to "eat on the wing" -- which often involves waving the meal of insects in the air while the swallows fly in the aviary.

Your donation will help provide care for these young Cliff Swallows ... and more than 3,000 other wild animals that the Center will admit this year. Thank you!

The Cliff Swallows that remained in the Center's aviary gradually began eating more on their own in early July. By mid-July, the rehabilitation team decided that the swallows were ready for release. Wildlife rehabilitator Shannon checked eBird for local sightings of Cliff Swallows; for these young birds, the team decided it would be ideal to release them with an established wild flock. The birds who grew up in the Center's care will benefit from their wild counterparts' skills, and since Cliff Swallows migrate in large groups, the Center's young charges will have an established flock to migrate with this fall.