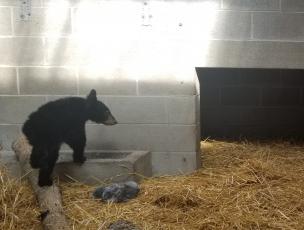 On March 14, a yearling American black bear was admitted to the Wildlife Center of Virginia after a private citizen contacted the Virginia Department of Game and Inland Fisheries with concerns that the bear was struggling to climb and seemed very weak.

Prior to sedation, the bear showed a proper fear response to people, was breathing normally, and was uncoordinated. Veterinary staff sedated the male yearling for a more thorough examination and determined he was underweight and dehydrated. Several small patches of alopecia and superficial abrasions were noted on all four of the bear’s limbs. Skin scrapes were taken for testing but came back negative for external parasites such as sarcoptic mange. Radiographs were unremarkable other than confirming wasting of the muscle and adipose [the body tissue responsible for fat storage]. The bear weighed only 5.00 kg.

Dr. Claire also noted that the bear's footpads were significantly thickened; while this could be due to a number of causes, combined with the bear's incoordination, it could also be a symptom of distemper. Blood samples were sent to an outside laboratory. The team gave the bear subcutaneous fluids and an antiparasitic and set up a space in the Center's Bear Pen for the underweight yearling.

Bloodwork results came back during the week of March 23 and indicated that, at some point, the bear was positive for the distemper virus. At this point, the veterinary team cannot determine if the bear is actively shedding the virus; the bear is not exhibiting any symptoms and appears to be making improvements. Based on the knowledge that the veterinary team has of this virus in dogs, it's likely that bear does not have an active infection, though this has not been thoroughly studied in bears.

There's no way to conclusively determine what caused the yearling to be in this state or to know when it may have contracted distemper. It's likely that at some point, the bear was separated from his mother before the time of natural dispersal. Sometimes this occurrence can result in a young bear struggling to find the resources needed to support itself.

The yearling is currently tagged with an orange ear tag and is being housed in the center’s Bear Pens, away from all other bears at the Center. The veterinary team will take additional blood work when the bear makes improvements and is closer to release; they'll discuss results with the biologists at the Department of Game & Inland Fisheries.

Your donation will help provide veterinary medical care to this Black Bear yearling -- and to more than 3,000 other wild animals that the Center will admit this year.  Thank you!

On May 8, Black Bear yearling #20-0188 was successfully released back to the wild! The veterinary team was able to successfully dart and sedate the yearling for his final physical examination; Dr. Ernesto noted that the bear was in excellent physical condition and weighed in at 18.6 kg. The bear's teeth were in excellent condition, and blood samples were taken for further diagnostics. The bear was tagged in both ears for release. 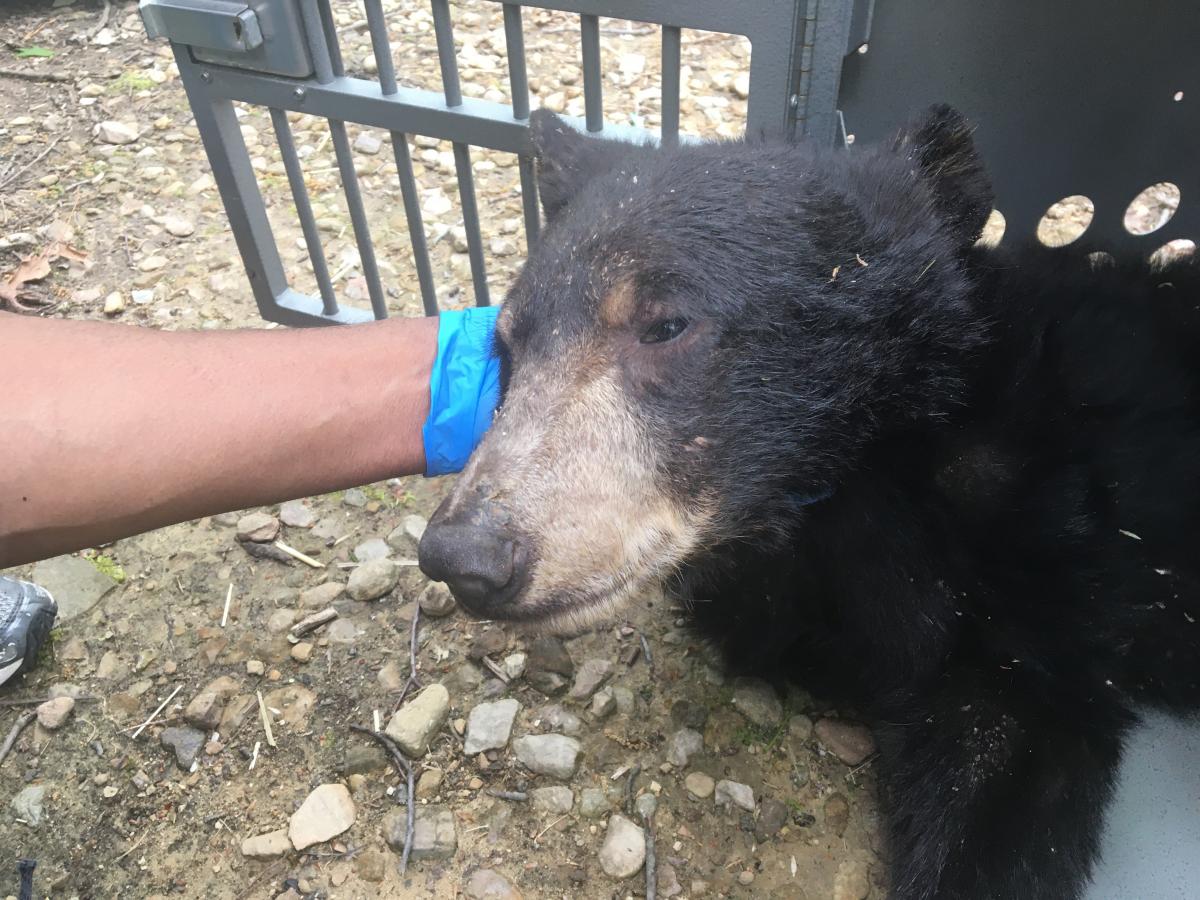 A biologist picked up the bear and released it later that afternoon.

Black Bear yearling #20-0188 has been doing well in the Center's Bear Pen during the past few weeks. The bear is eating well and gaining weight. The veterinary team conferred with biologists at the Department of Game & Inland Fisheries and determined that there was no issue releasing the bear; the bear at one time may have had distemper, but there have been no active signs since the yearling arrived at the Center.

A DGIF biologist will pick the bear up for release on Friday, May 8.

Black Bear yearling #20-0188 has been doing well in the Center's Bear Pens; the veterinary staff check on the bear daily and report that he is eating well and appears to be in good condition. The bear now has access to both Bear Pen 1 and Bear Pen 2 and eats about eight pounds of food a day.

Since the bear tested positive for distemper in March, the veterinary team is waiting for further discussion with DGIF biologists about what additional tests may be needed before moving forward with release plans for the yearling bear.