On May 13, three more Black Bear cubs arrived at the Wildlife Center of Virginia! The cubs were found in Luray on May 12; the finder heard the cubs crying in a field behind a house. The bears were gathered and placed in a box for the night outside to see if the mother bear would come back for them, but sadly there was no sign of the sow by the next morning. DGIF instructed the finder to bring the cubs to the Wildlife Center.

Dr. Karra examined the cubs and found that they were bright, alert, and vocal. They were also dehydrated and in poor body condition, indicating that it was likely that they were true orphans. No injuries were found. The bears were ear-tagged for identification purposes and placed in a Zinger crate together. The newest bears include:

On May 15, the three cubs will be introduced to the 14 other cubs in the Center's Large Mammal enclosure. Watch for them on the Center's Critter Cam!

We currently have 17 Black Bear cubs at the Wildlife Center of Virginia -- the most we've ever had at this point in the season. Your donation will help provide care for them until April 2021. Thank you!

On Friday, May 7, the Wildlife Center released the last of the 2020 Black Bears! Orange/Yellow Tags, Yellow/Pink Tags, and Red Tag were darted, anesthetized, examined, weighed, ear-tagged, and loaded for release. Final weights were: 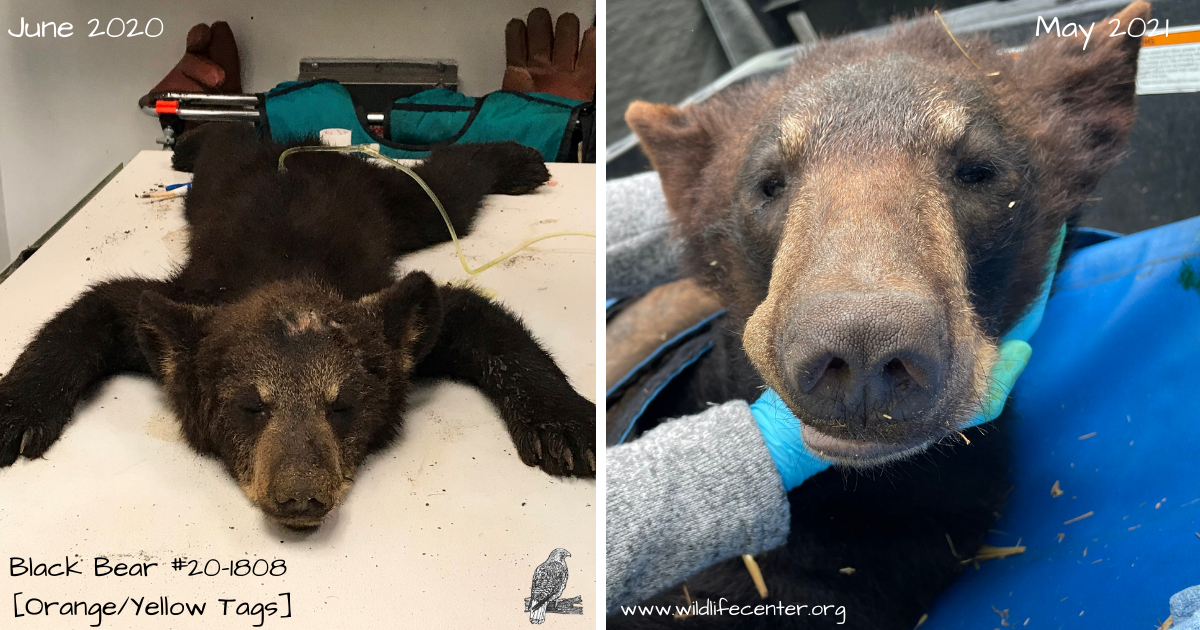 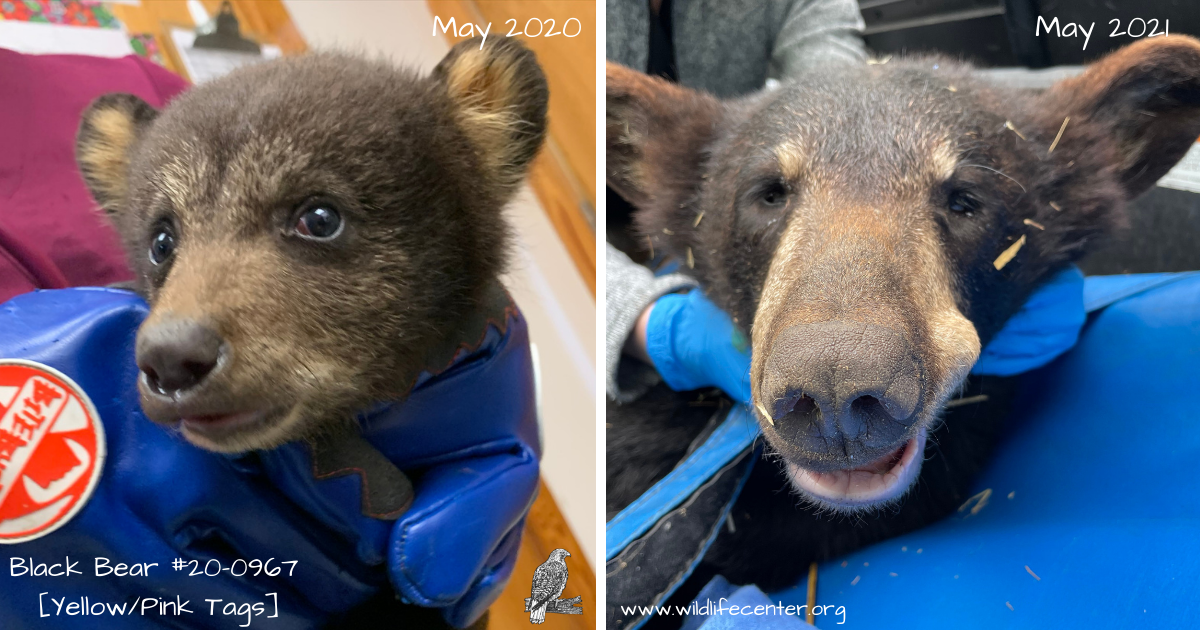 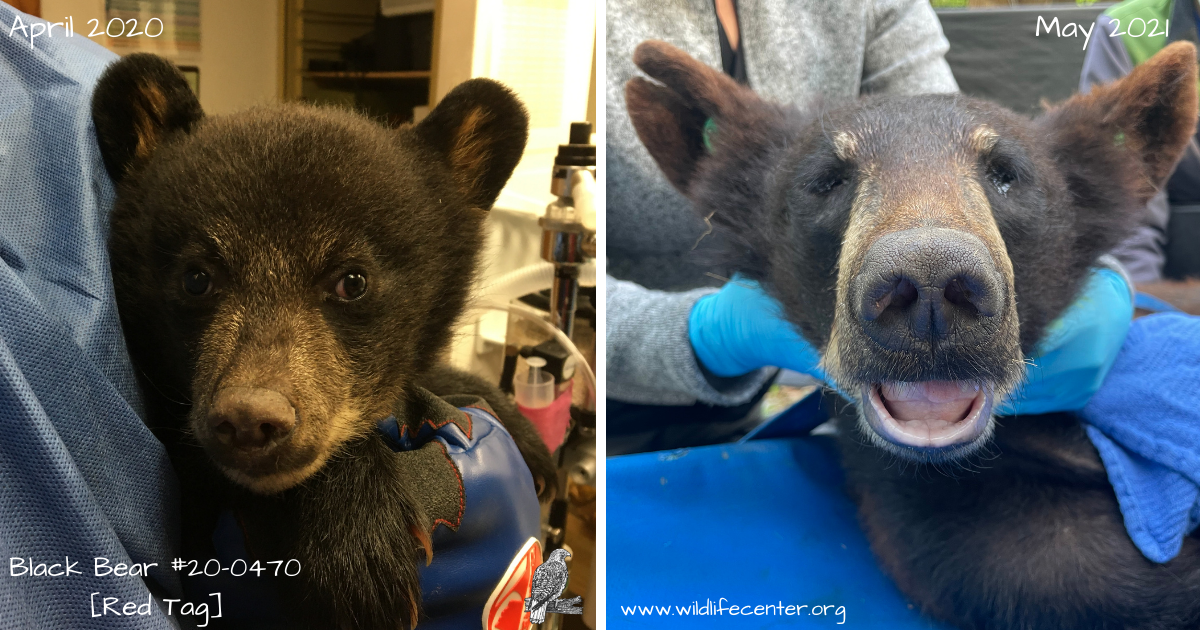 A biologist with the Virginia Department of Wildlife Resources took the three bears to a safe, bear-friendly release location. The entire veterinary team is overjoyed to say goodbye to the "class of 2020" bears!

The veterinarians and rehabilitators have been working hard during the past couple of days to prepare more bears for release. An ideal release scenario involves luring bears into one of the transition areas, spaces where the bears can be safely darted. While the transition areas are still fairly large, all trees are wrapped to prevent climbing, and these areas are more ideally suited for darting the bears. This year, unfortunately, the team has found that due to tree growth and regular wear-and-tear on the complex, several wily bears have been able to climb and leap over the transition-area fencing, back into the main bear yards. The remaining bears have also been increasingly wary of the number of humans in their space, and are often reluctant to even shift into one of the transition areas.

The team decided that the best solution to this issue was to attempt to live-trap the bears in the complex and then quickly move the bear to the Large Mammal Isolation enclosure. At that point, a DWR biologist can be notified to pick up the bears the following morning, and the veterinary team is able to quickly and safely dart the bears for their normal pre-release examination and ear-tagging.

Throughout the day on April 28, the veterinary team was able to trap and move four more Black Bears from the Black Bear Complex to the Large Mammal Isolation enclosure in preparation for release. Double GreenTags [from yard #1], Pink Tag, White/Yellow Tag, and Green Tag were all successfully moved, and on Thursday, April 29, were picked up for release by a DWR biologist. 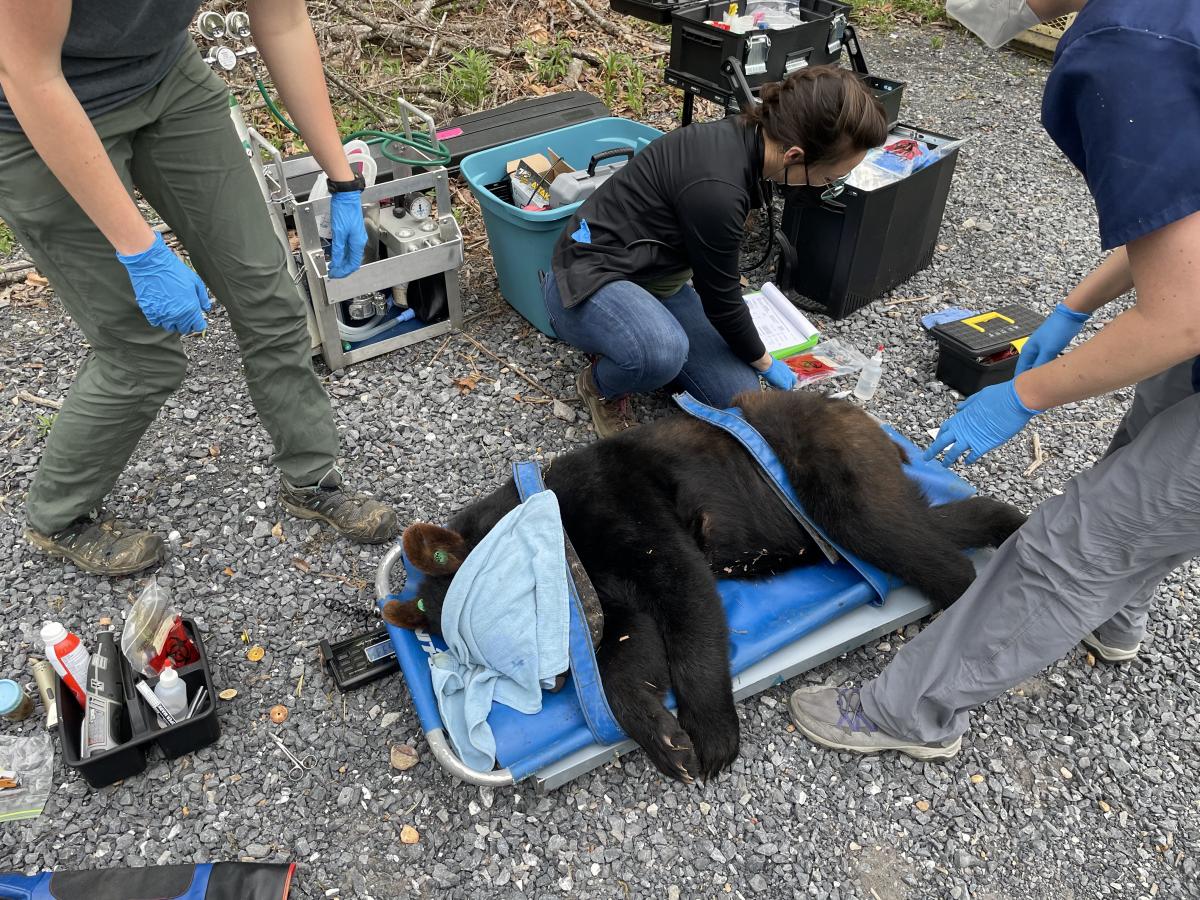 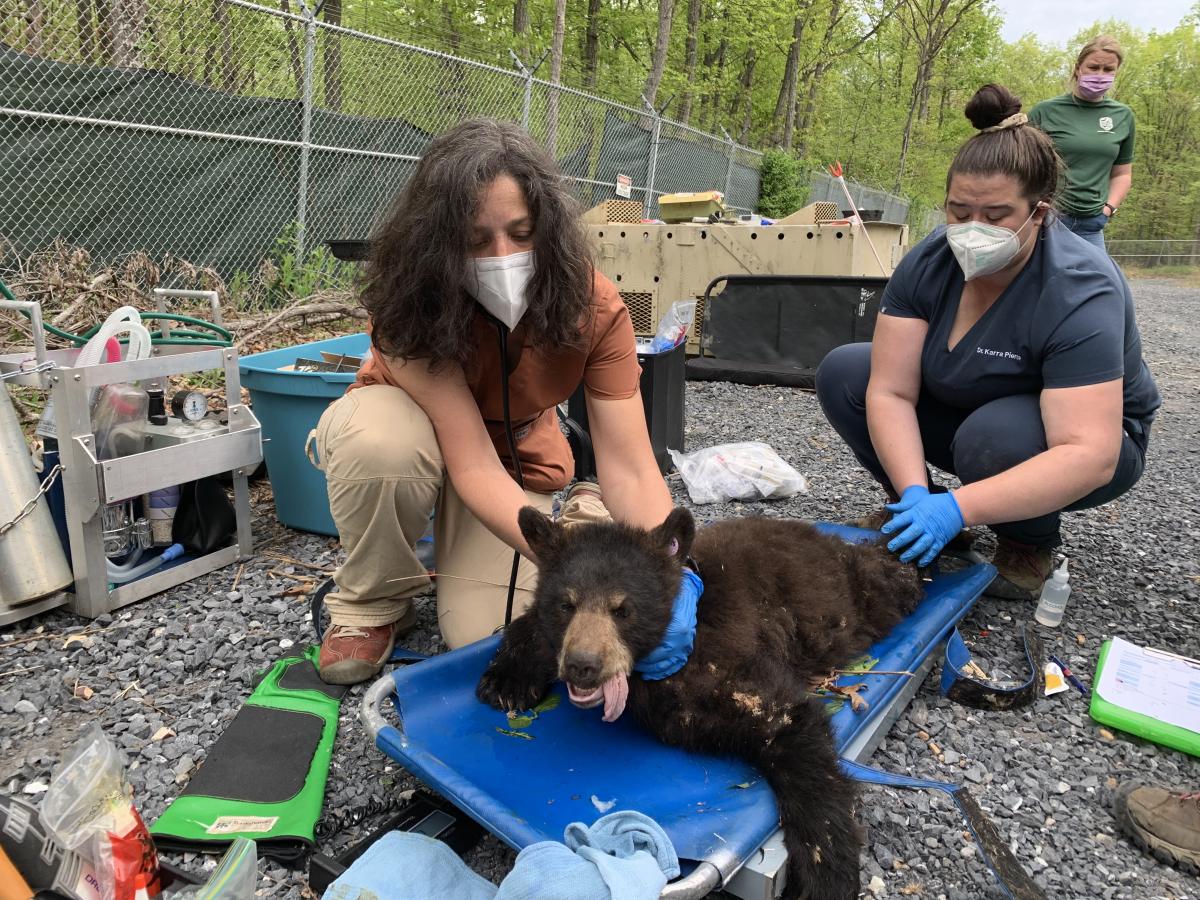 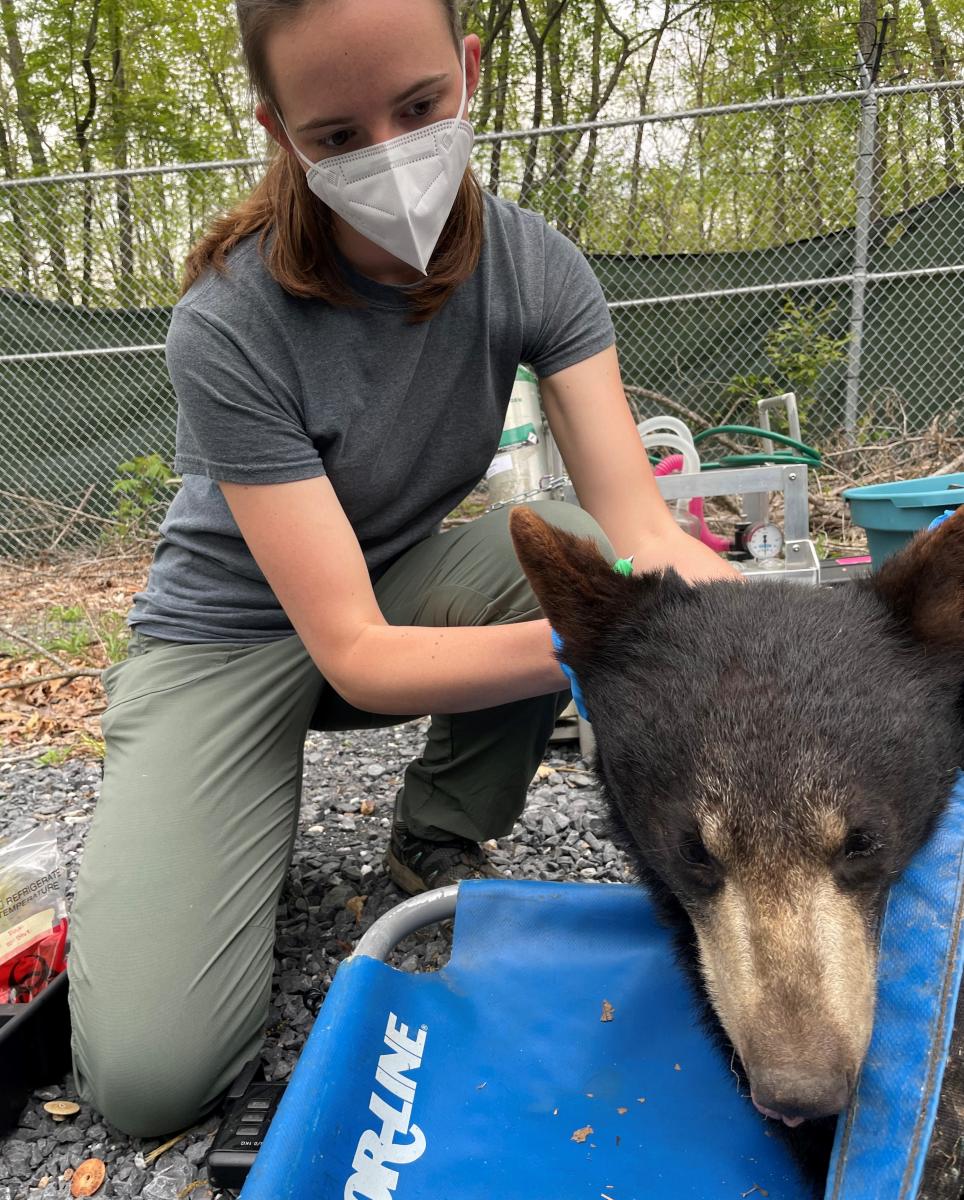 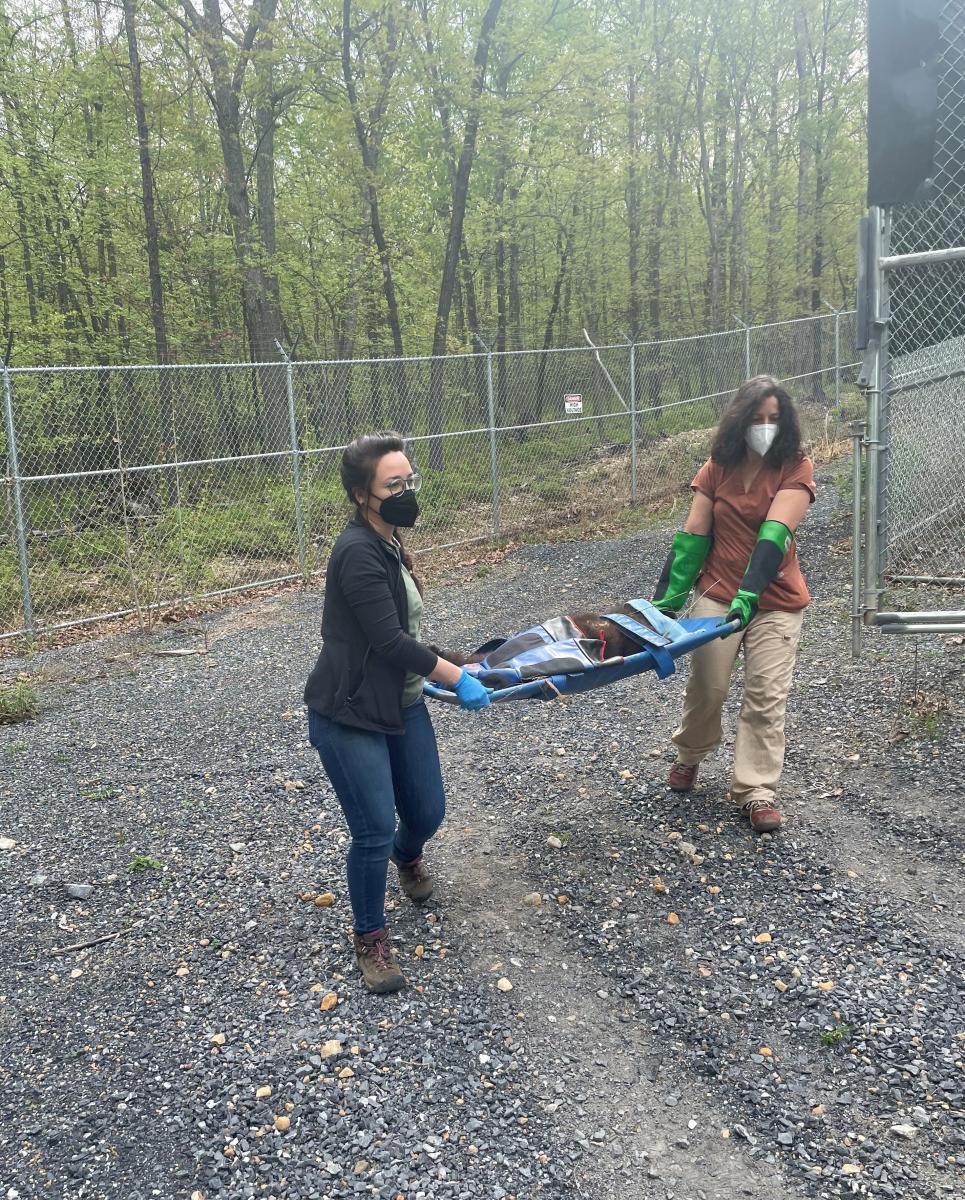 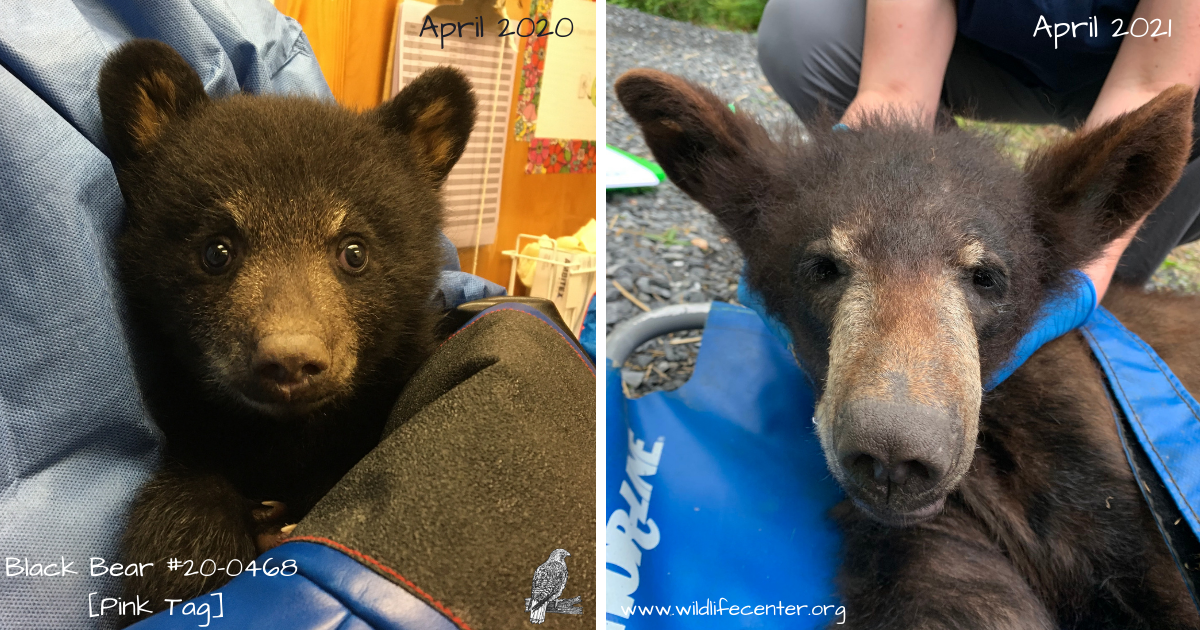 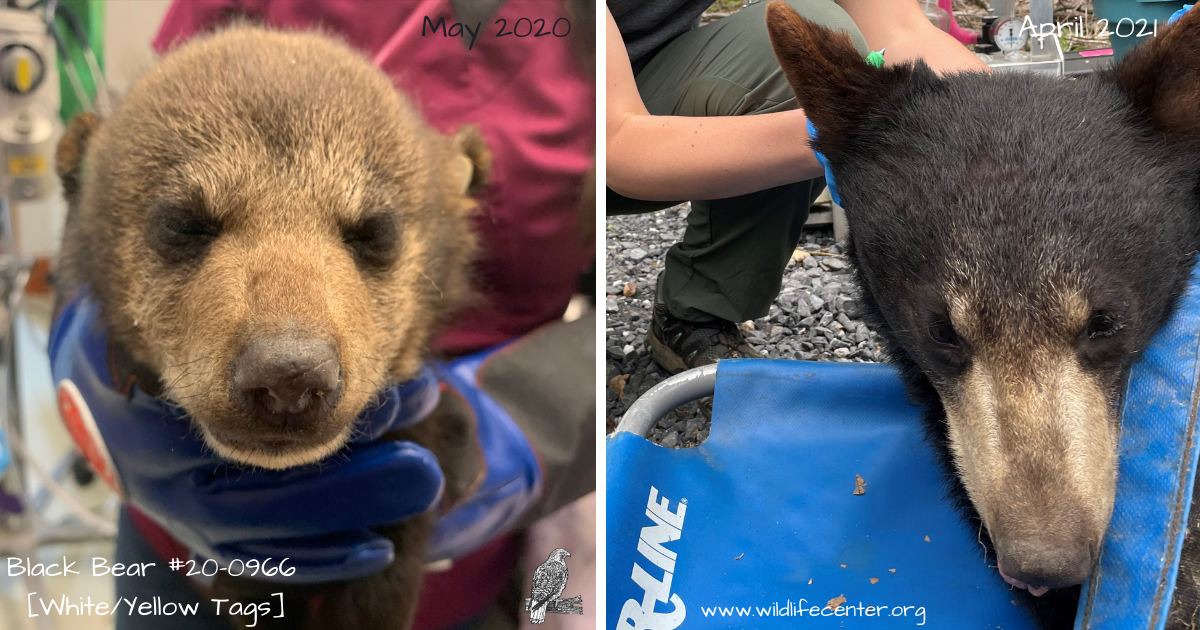 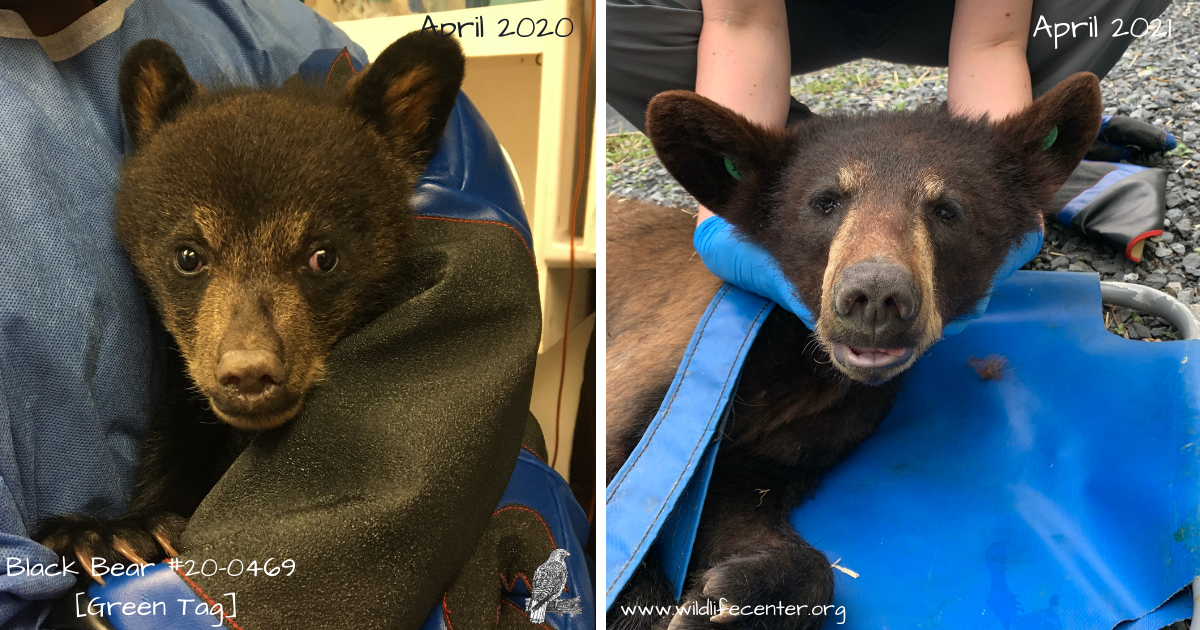 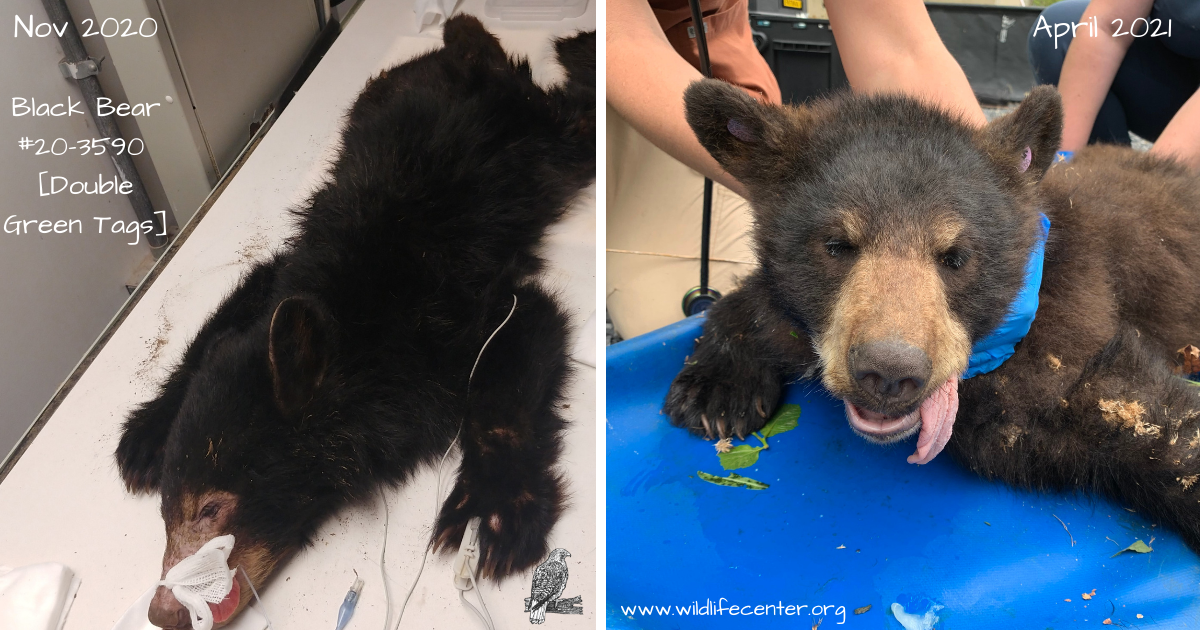 This leaves three bears in the Black Bear Complex: Red Tag, Yellow/Pink Tags, and Orange/Yellow Tags. The staff will continue to live-trap the three bears during the next few days; when all three are successfully trapped and moved to the Large Mammal enclosure, a DWR biologist will pick them up for release next week.