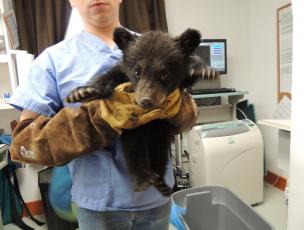 The cubs were admitted to the Wildlife Center just a few hours later. Dr. Ernesto, the Center’s hospital director, and veterinary student Miranda examined the cubs when they arrived. Cub #18-0497, a male, was ear tagged with a yellow identification tag in his right ear. The cub was in good condition and weighed in at 3.0 kg. Dr. Ernesto found a corneal ulcer on the bear’s left eye, which he treated with an antibiotic ointment. Cub #18-0498, also a male, weighed in at 2.65 kg and was ear tagged with a white tag in his right ear. Both cubs were covered in ticks. 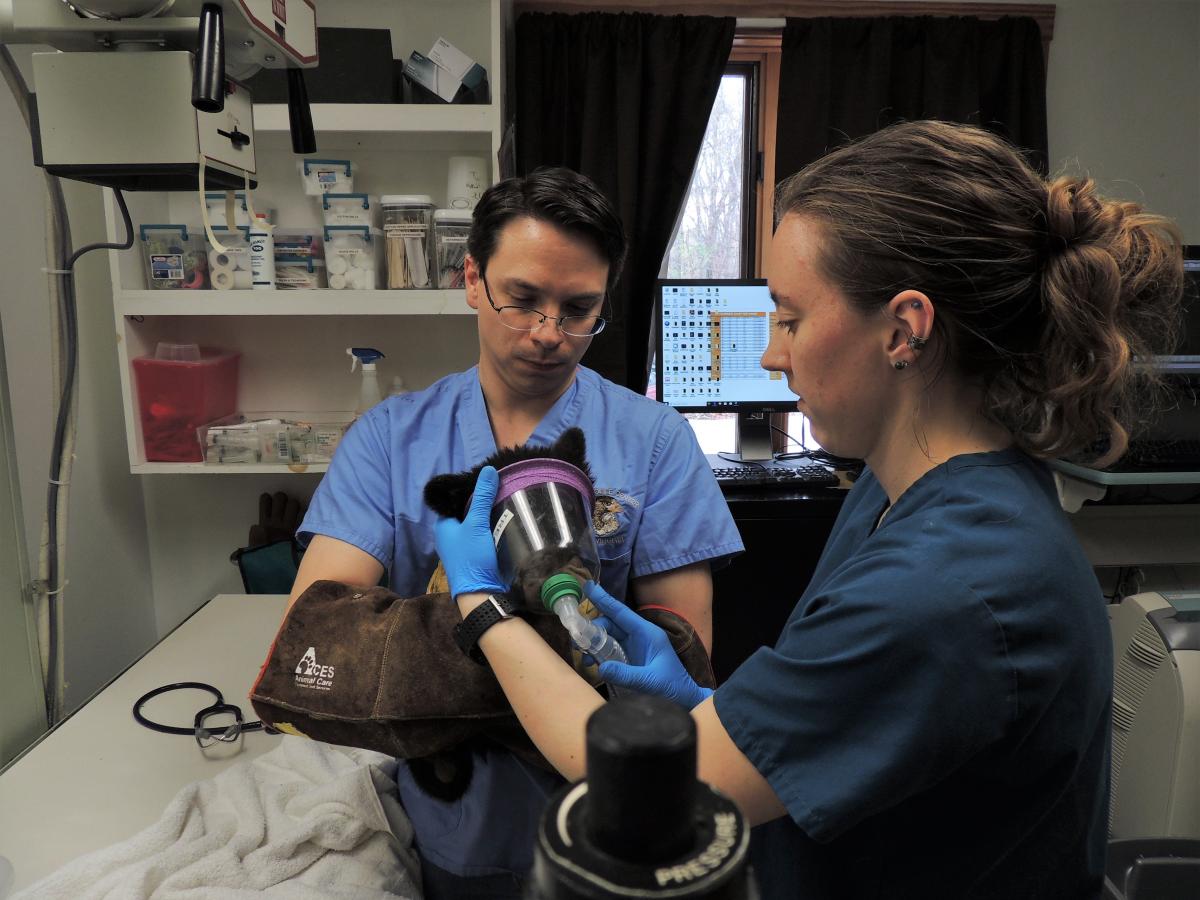 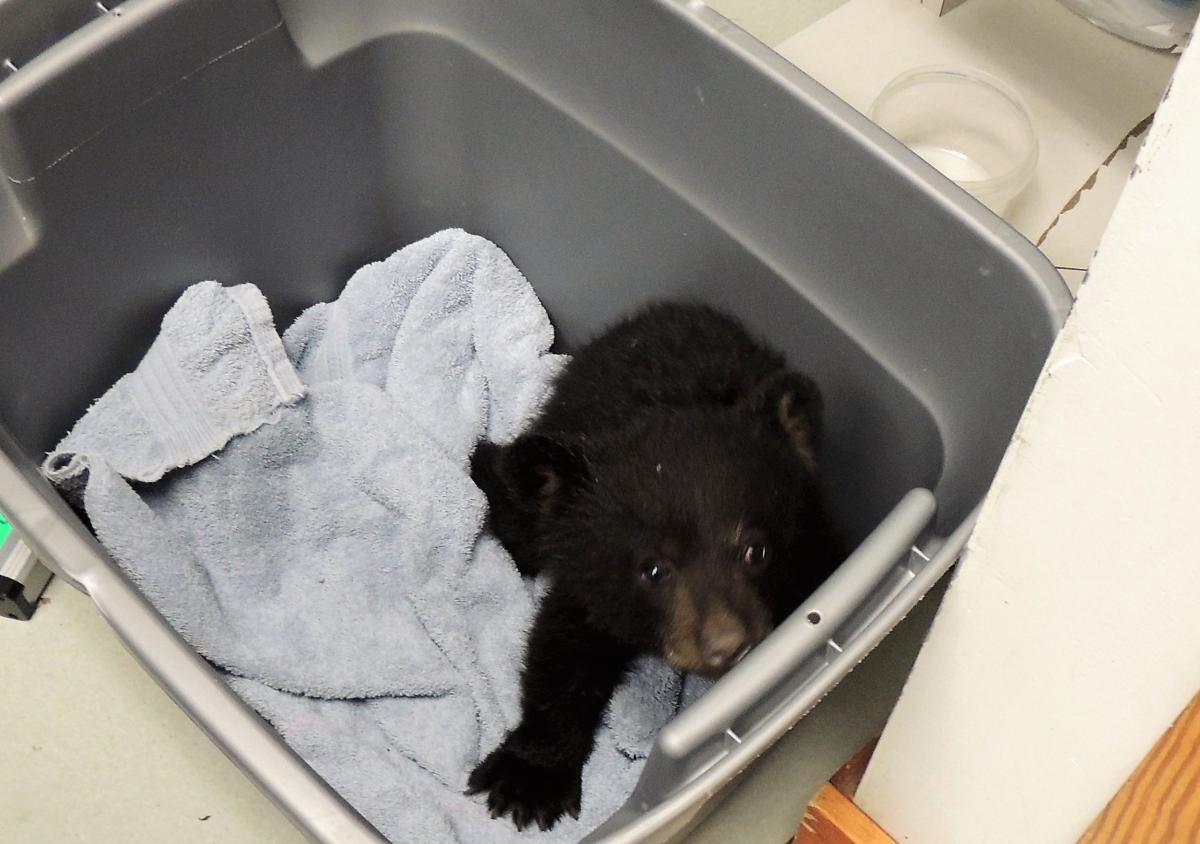 Once both cubs recovered from anesthesia, they were set up in a crate in the Center's Metal Cage Complex, where the other cubs are housed. Wildlife rehabilitator Brie prepared a bottle of electrolyte solution for each cub. They’ll be introduced to the Center’s other five cubs on April 26.

Your donation will help provide long-term rehabilitation and care to these special patients. Thanks for your support!

After two more days of dedicated bear-trapping attempts, Brie was successfully able to lure all of the remaining yearlings into live traps by Wednesday afternoon! The bears were moved to Large Mammal Isolation in preparation for release.

A biologist came this morning to load the two bears; the team weighed and tagged them for release: 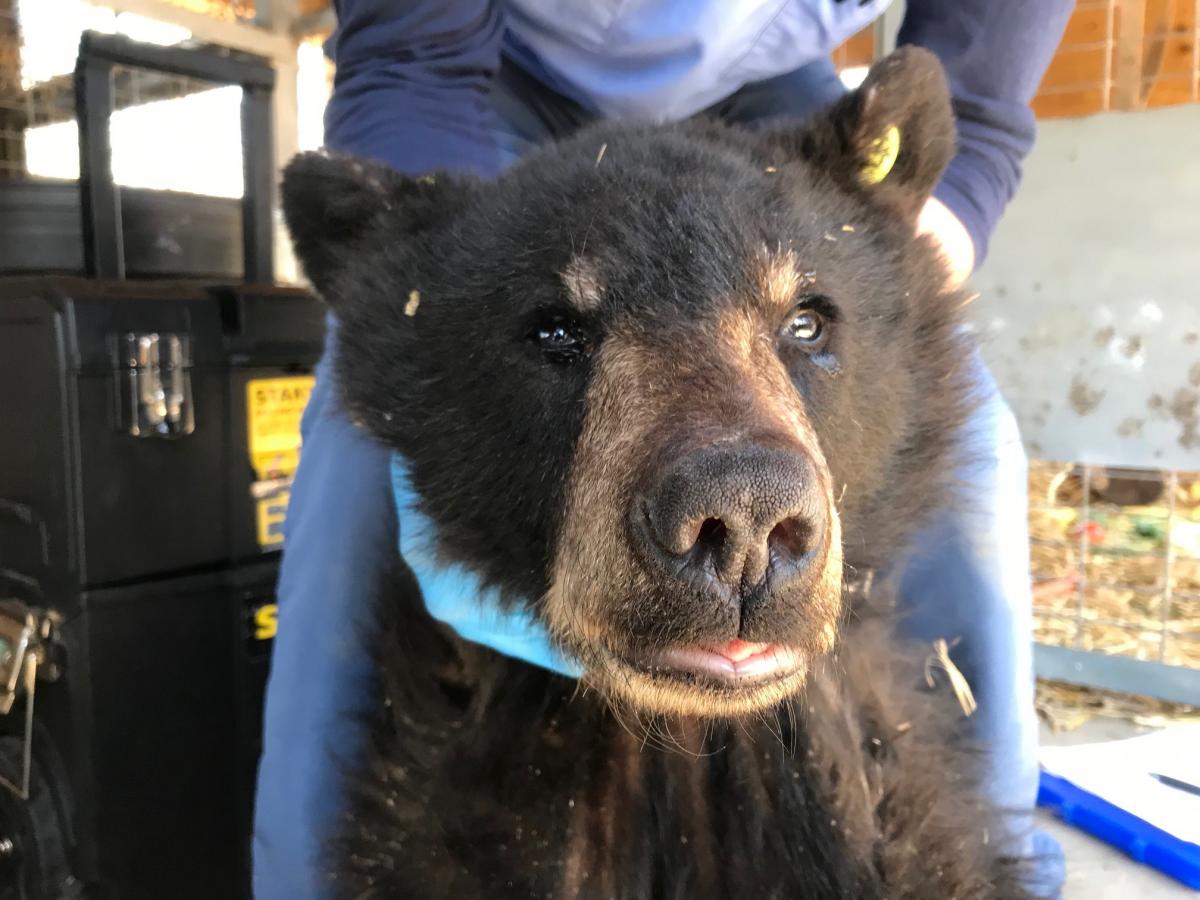 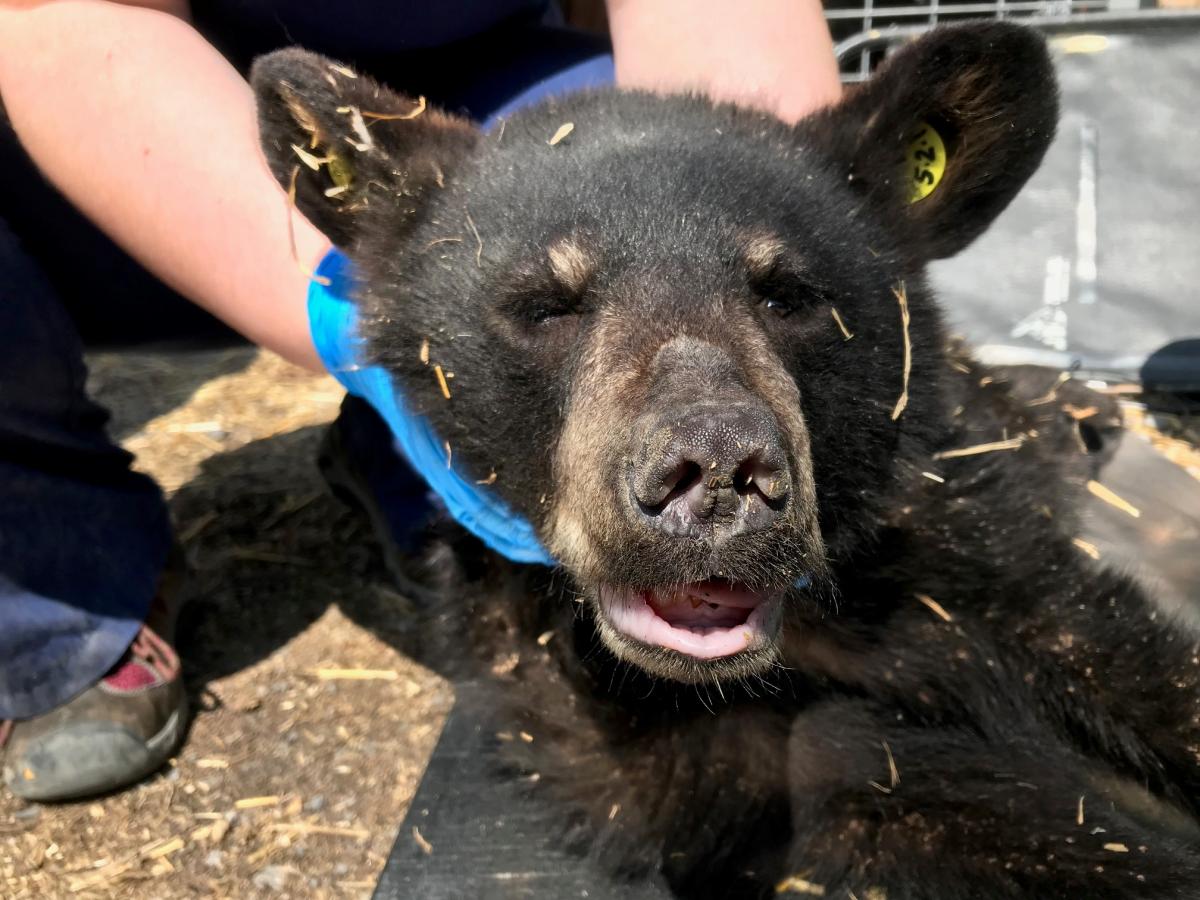 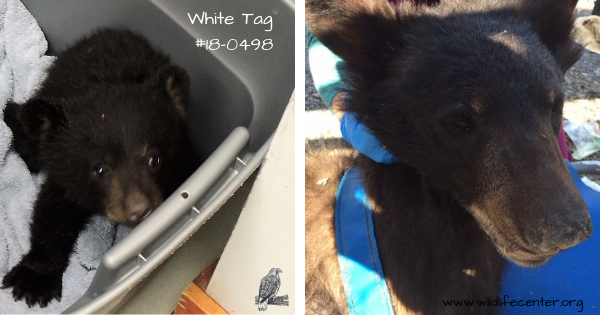 Three more yearlings from yard #1 are now in the Large Mammal Isolation enclosure for tomorrow's release.