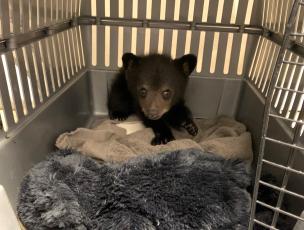 On April 26, the Wildlife Center admitted another Black Bear cub, bringing the current 2021 cub tally to three. The newest female cub was found in a tree in Grayson County, Virginia. The bear was in the tree for several days; no sow was seen in the area.

Dr. Cameron, one of the Center's veterinary interns, examined the cub when she arrived and found that she was quiet, alert, and responsive and was in thin body condition. No wounds were noted on the exam; once the cub was sedated for radiographs, Dr. Cam found that one of the cub's upper baby teeth was fractured, which shouldn't cause any long-term issues. The cub weighed in at 1.98 kg.

The bear was introduced to the other two cubs and is currently being fed a specialized bear formula three times a day.

Your donation will help provide specialized care to this Black Bear cub ... and more than 3,000 other wild patients in need that the Center will treat this year.

DWR biologist Katie Martin reported that the double Black Bear release went well on Tuesday, April 12! Both bears were transported to their release site; the DWR biologists did a full workup, including a physical examination, weight, skin scraping, and blood draw. The colored ear tags that were used at the Center for identification were removed and replaced with a green identification tag in each ear. 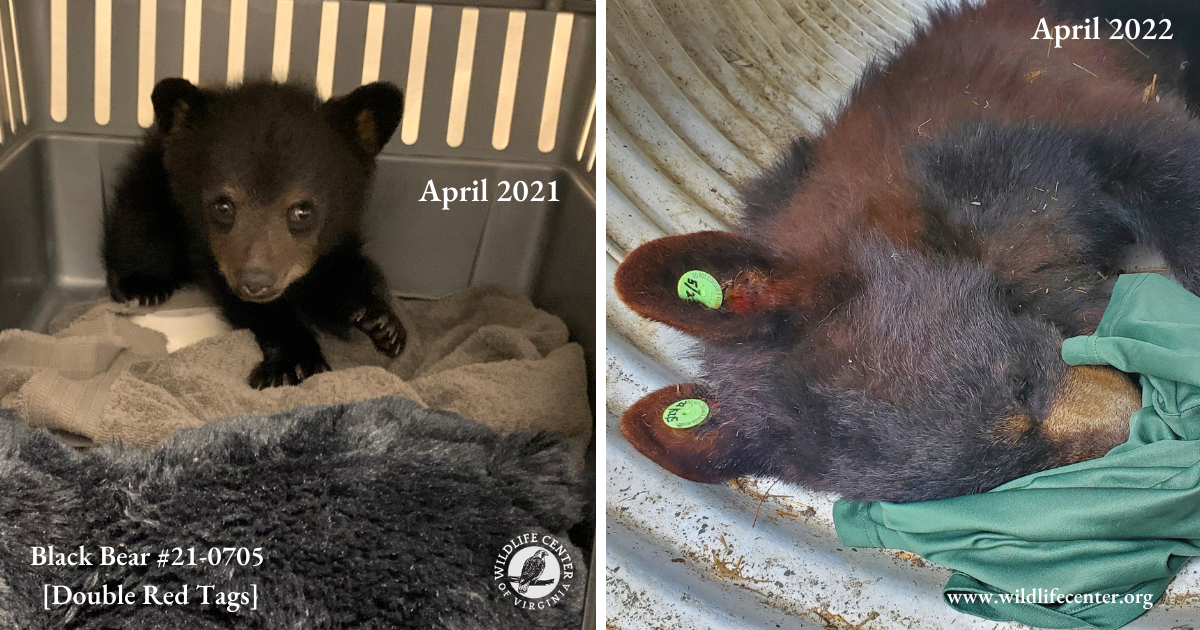 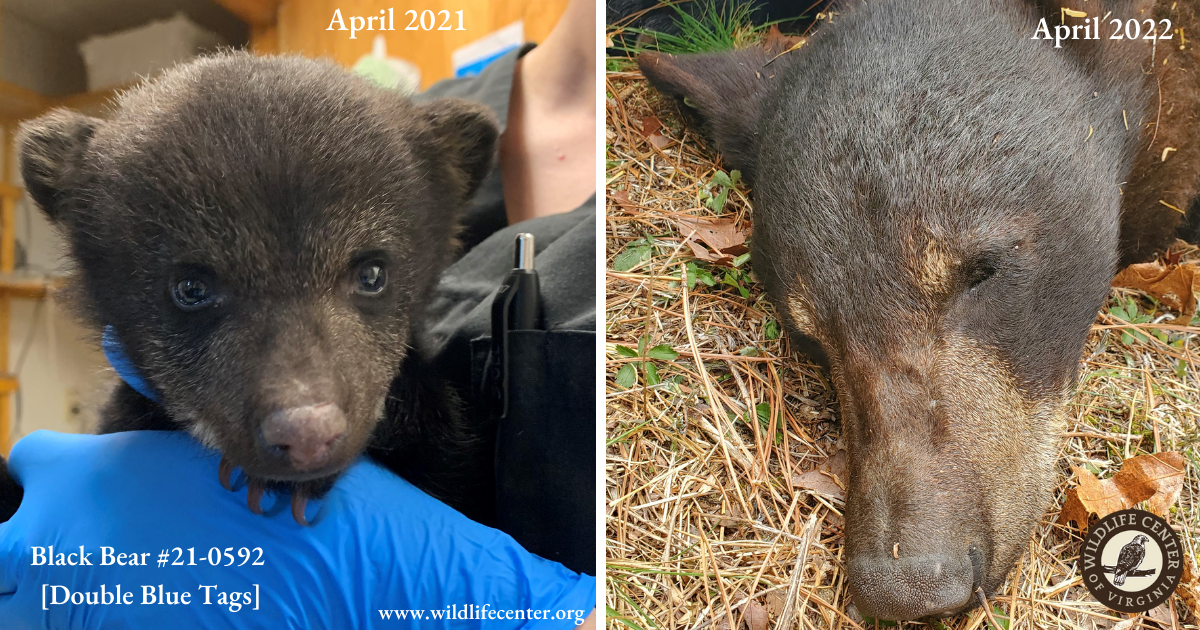 Once the examination was over and both bears recovered, they quickly ran off in their new home. Katie said “the female was gone so fast, it was actually amazing. The male was a little slower, then got into the woods and took off.”

The remaining three Black Bears at the Wildlife Center will be released on Wednesday, April 20.