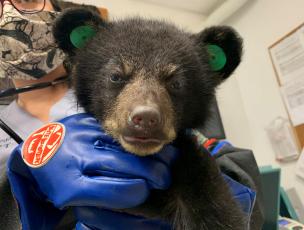 On April 28, another Black Bear cub was admitted to the Wildlife Center -- taking the current cub count up to 13! The female cub was found alone and crying in Dickenson County on April 24; a private citizen took the cub home and fed it evaporated milk throughout the weekend. On Monday, April 27, the cub was taken first to a local veterinary clinic and then transferred to Southwest Virginia Wildlife Center of Roanoke.

Dr. Karra examined the cub when she arrived, and found that the cub was bright and alert, and bluff-charging the front of the transport carrier. The cub was mildly dehydrated and a little thin, weighing in at 2.78 kg. No injuries or abnormalities were found on examination or radiographs. The cub was tagged as "Double Green", and recovered well from anesthesia.

The cub was placed in a Zinger crate and moved to the Large Mammal Isolation enclosure for the night; she was introduced to the other 12 cubs on April 29. Watch for her on Critter Cam #3!

Your donation will help provide long-term care to this Black Bear cub ... and to more than 3,000 patients that the Center will admit this year. Thank you!

On April 27, four more Black Bears were successfully darted, sedated, and loaded for release! Double Orange, Green/Pink, White/Green, and Double Green Tags were picked up by a DWR biologist for release. 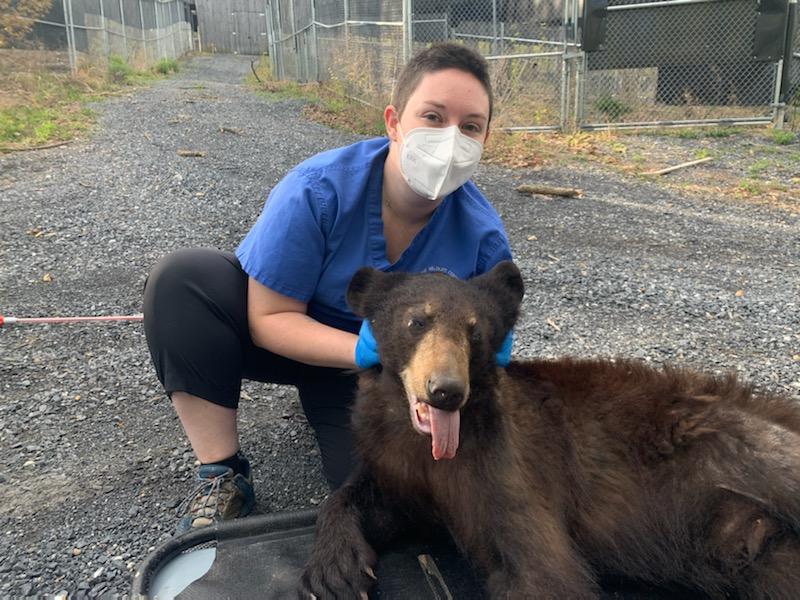 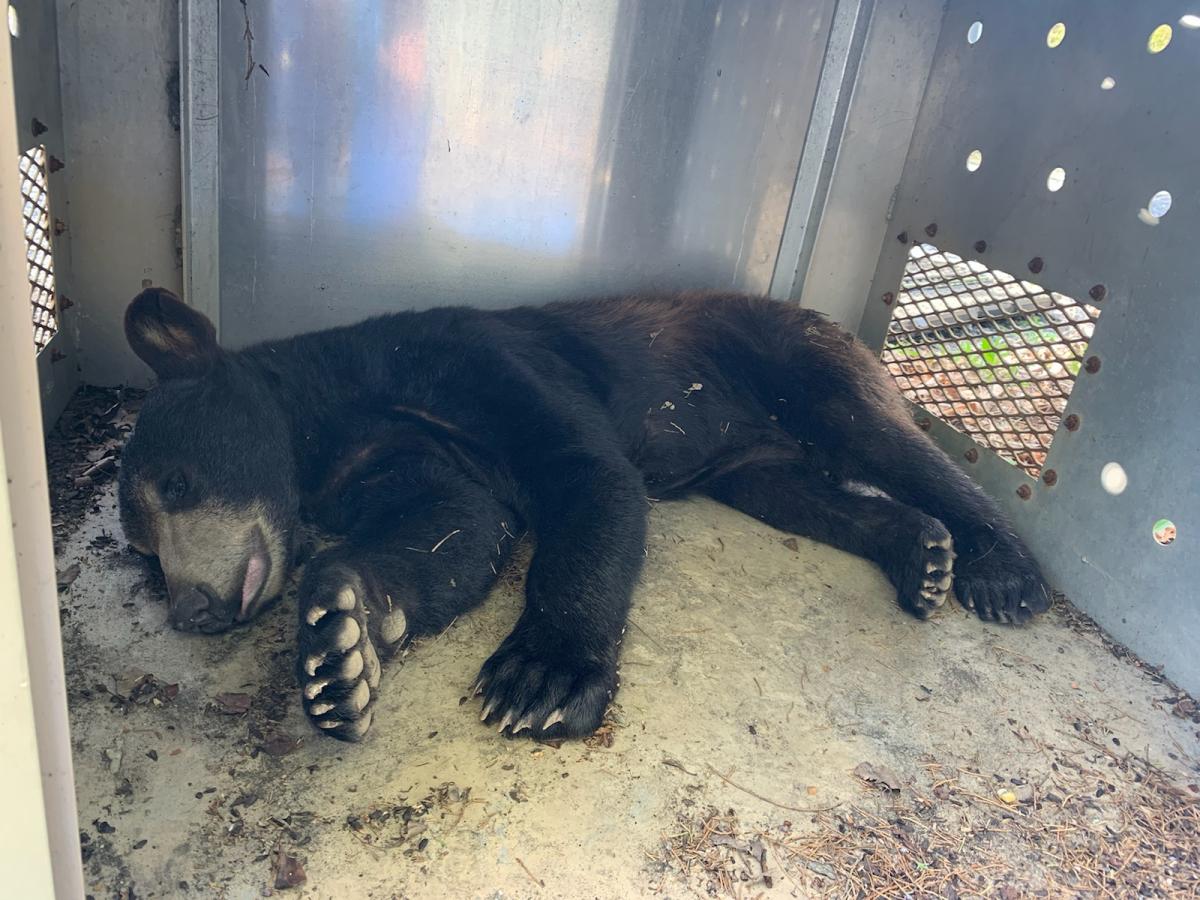 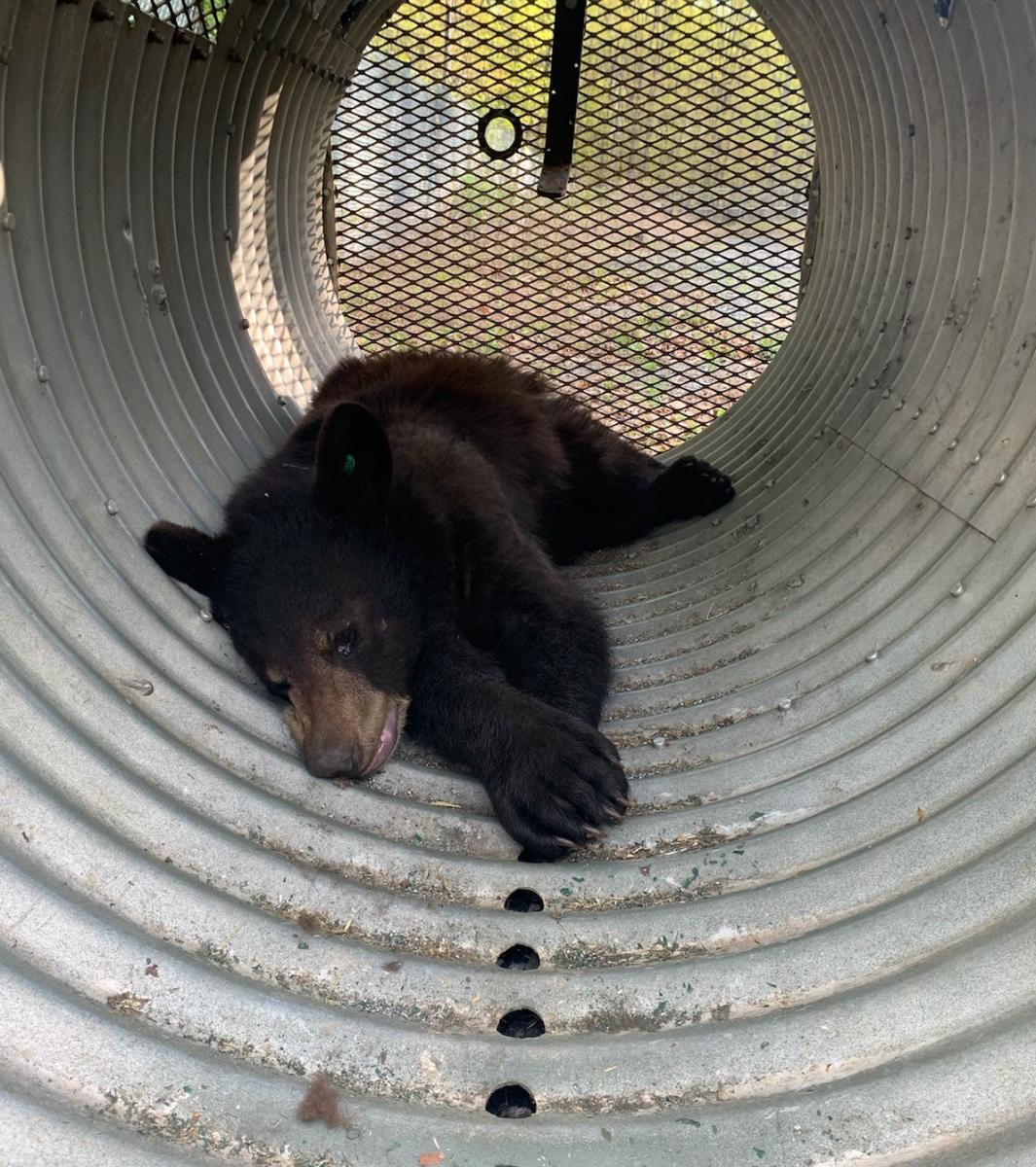 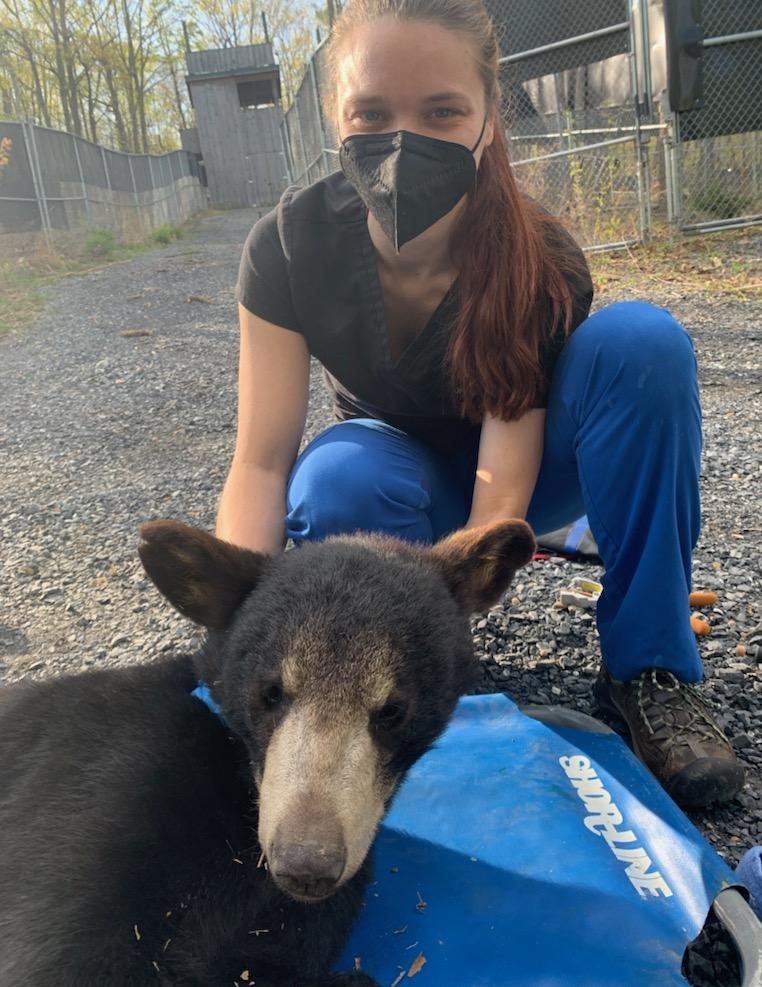 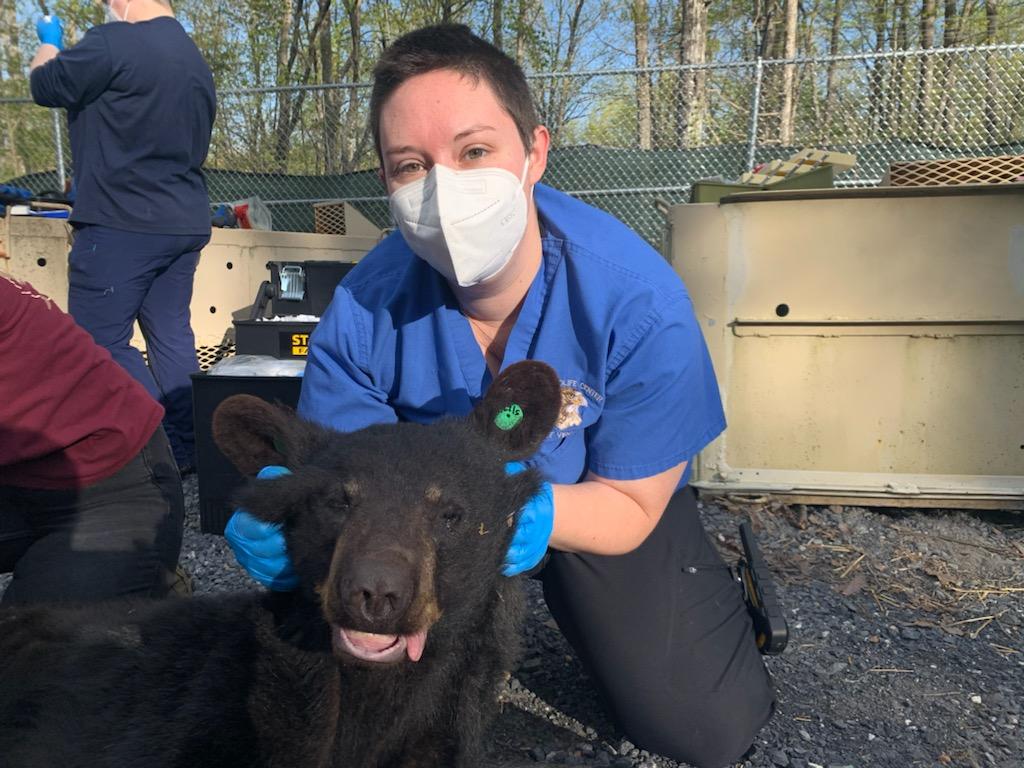 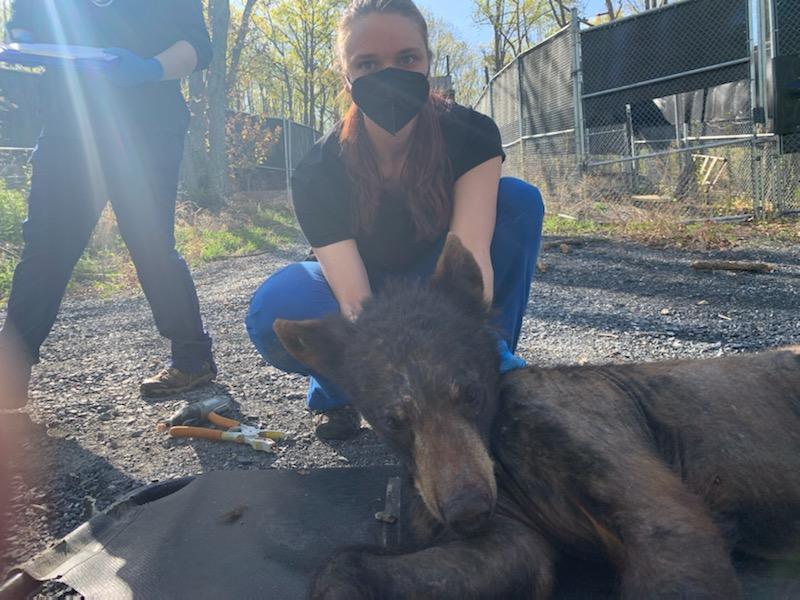 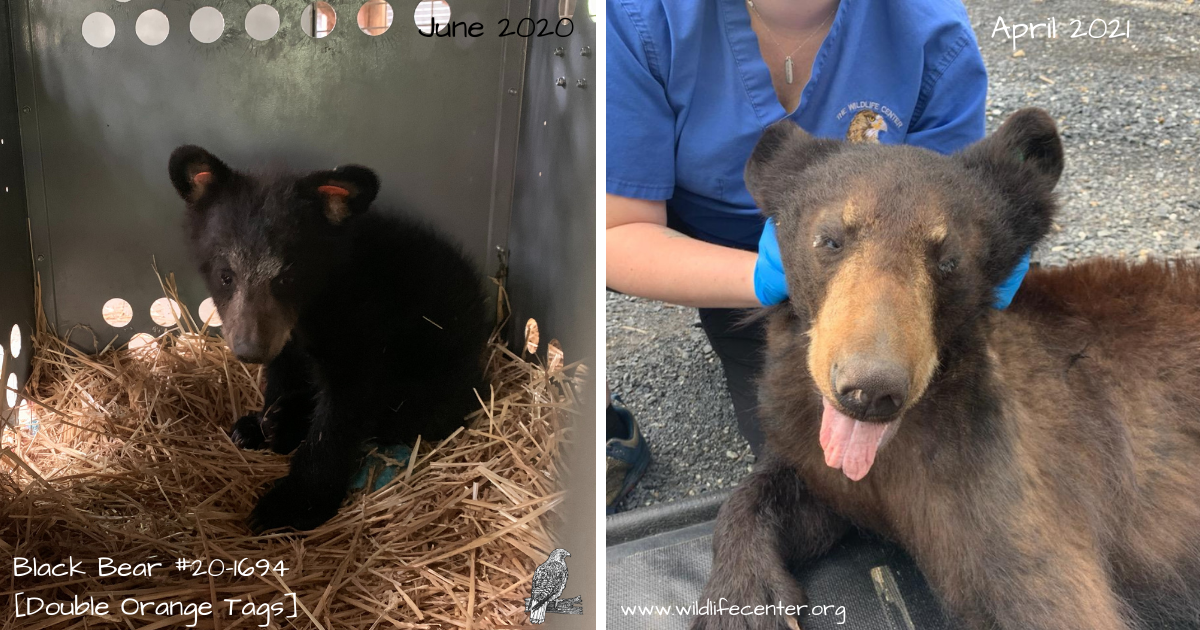 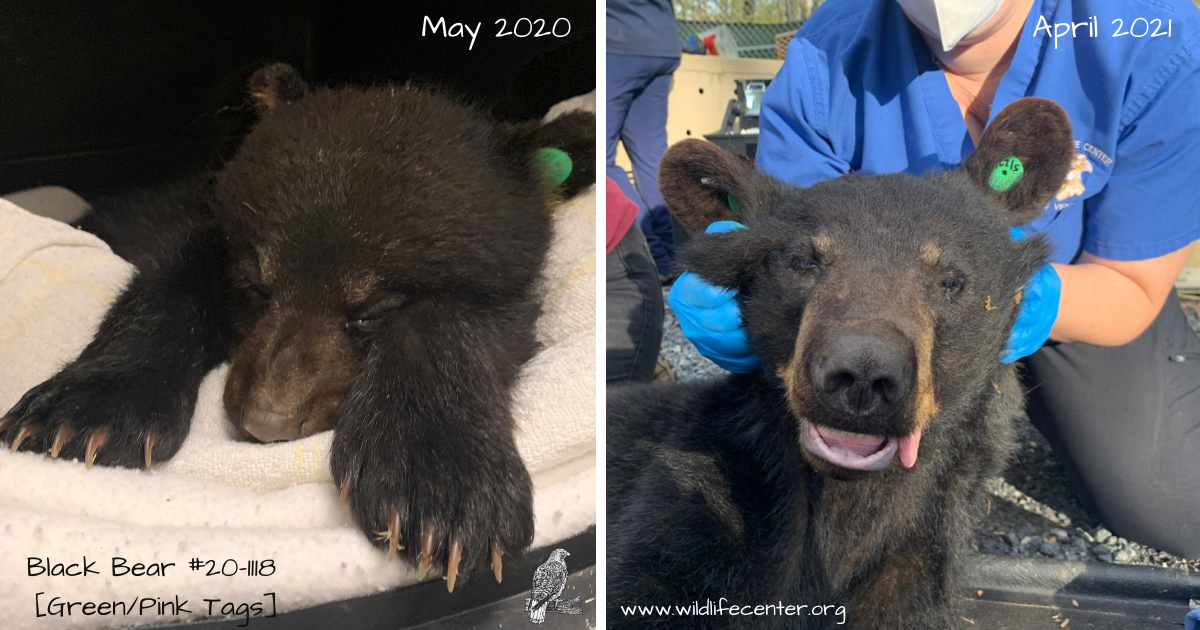 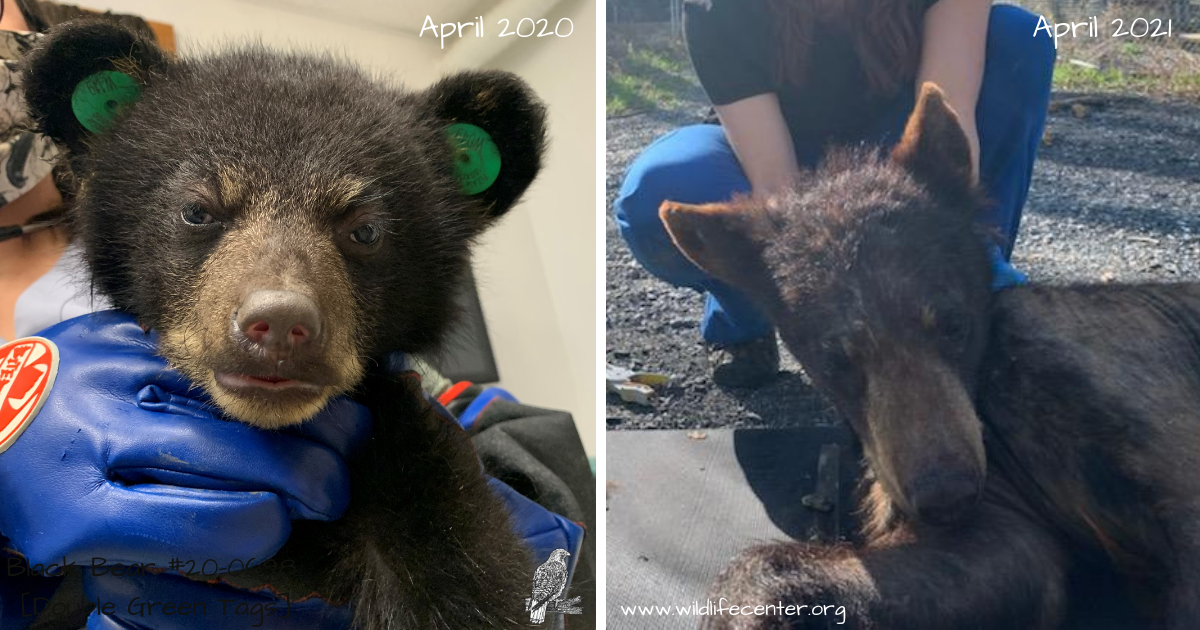 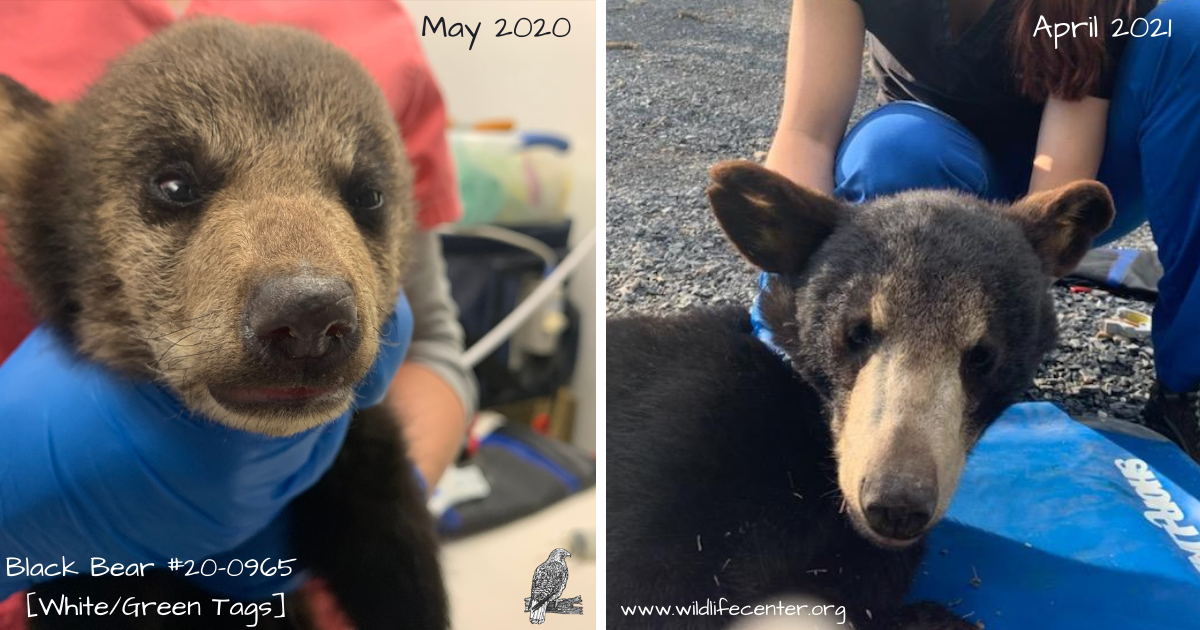 The rehabilitation team attempted to lure the next set of bears to be released into a transition yard on the afternoon of April 27, but the bears were wary and could not be contained. More attempts were made in the early morning of April 28, but again, no bears were willing to be lured into the transition area where they could safely be darted. The team decided to postpone today's release and attempt to get the next set of bears ready for Thursday, April 29.