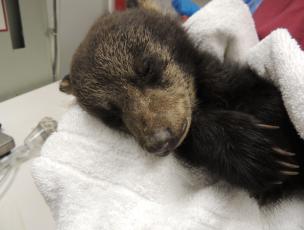 On May 2, the wildlife veterinarian with the Virginia Department of Game & Inland Fisheries delivered two Black Bear cubs to the Wildlife Center. One cub, #17-0745, was a female cub from Wise County, Virginia. The history on the cub is unclear, though it was found on the weekend of April 30.

Dr. Peach, one of the Center's veterinarians, examined the cub when she arrived. The cub was dehydrated and thin. Radiographs and blood work were performed; results were within normal limits. The cub weighed 1.39 kg. Dr. Peach placed a pink identification tag in the cub's right ear.

Wildlife rehabilitator Brie will begin bottle-feeding the bear with an oral rehydration solution; during the next day, the cub will be weaned onto bear formula.

Your donation will help provide specialize care and long-term rehabilitation to this tiny bear cub ... and to our quickly-growing population of bear patients at the Center!

On the morning of April 3, the Wildlife Center team was able to successfully dart four bears: #17-0352 [No Tag], #17-0745 [Pink Tag], #17-0606 [Orange Tag], and #17-0444 [White Tag]. Each bear was examined and had blood drawn and a skin scraping, all of which were negative for mites. The bears received a green ear tag in each ear, were weighed, and loaded into a bear trap on a DGIF truck. They’ll be released early this afternoon by a DGIF biologist. 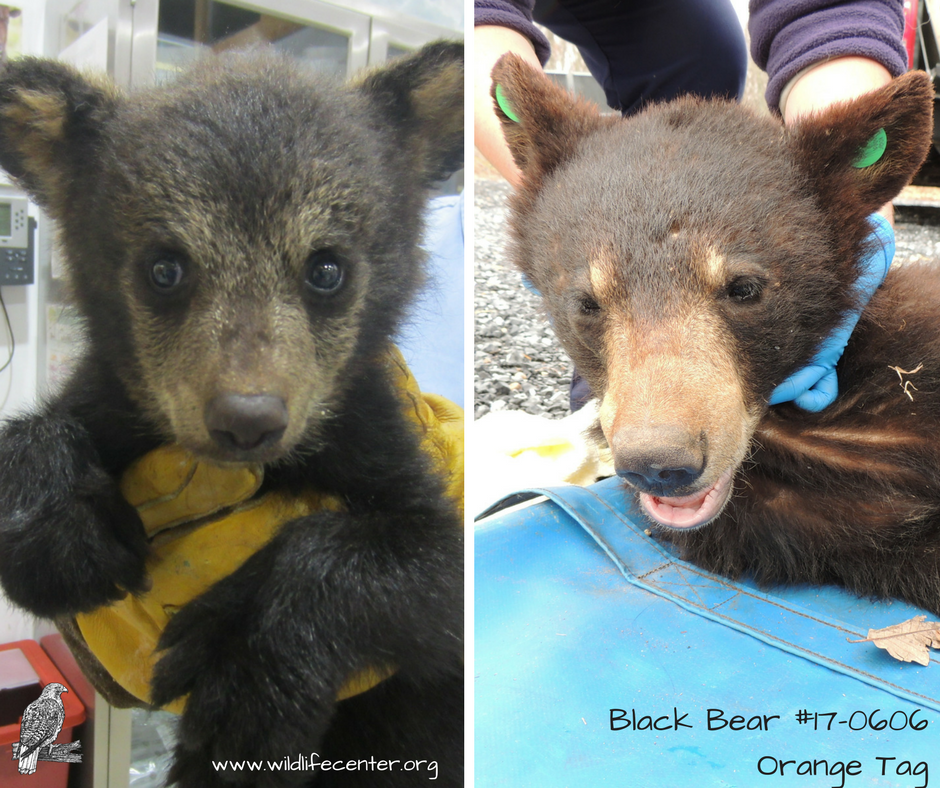 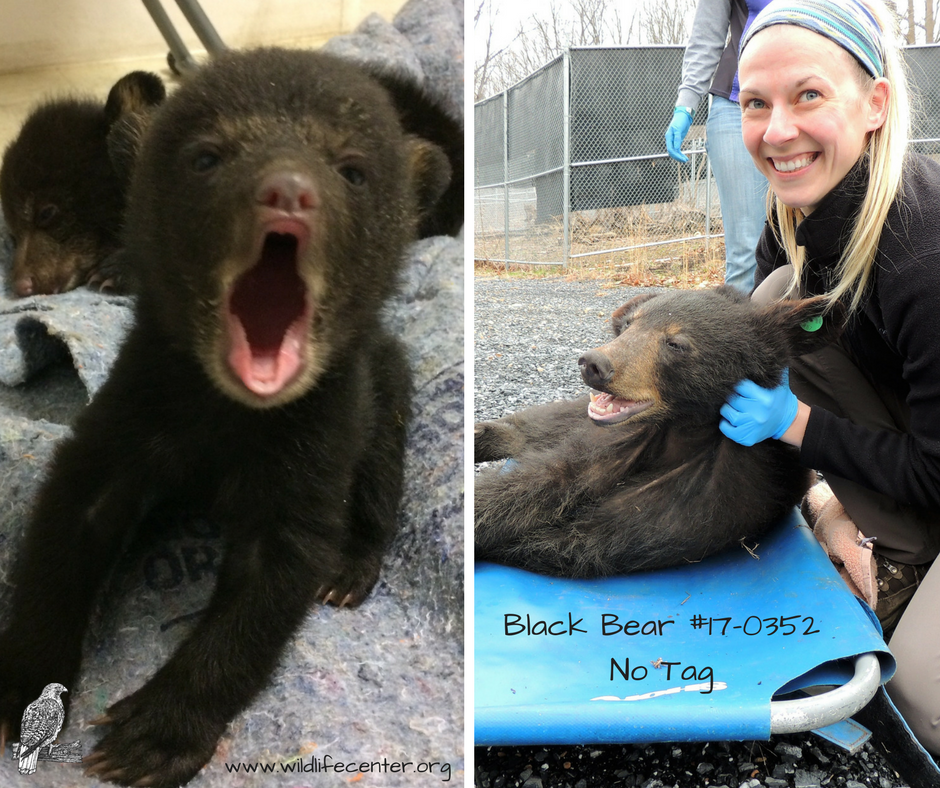 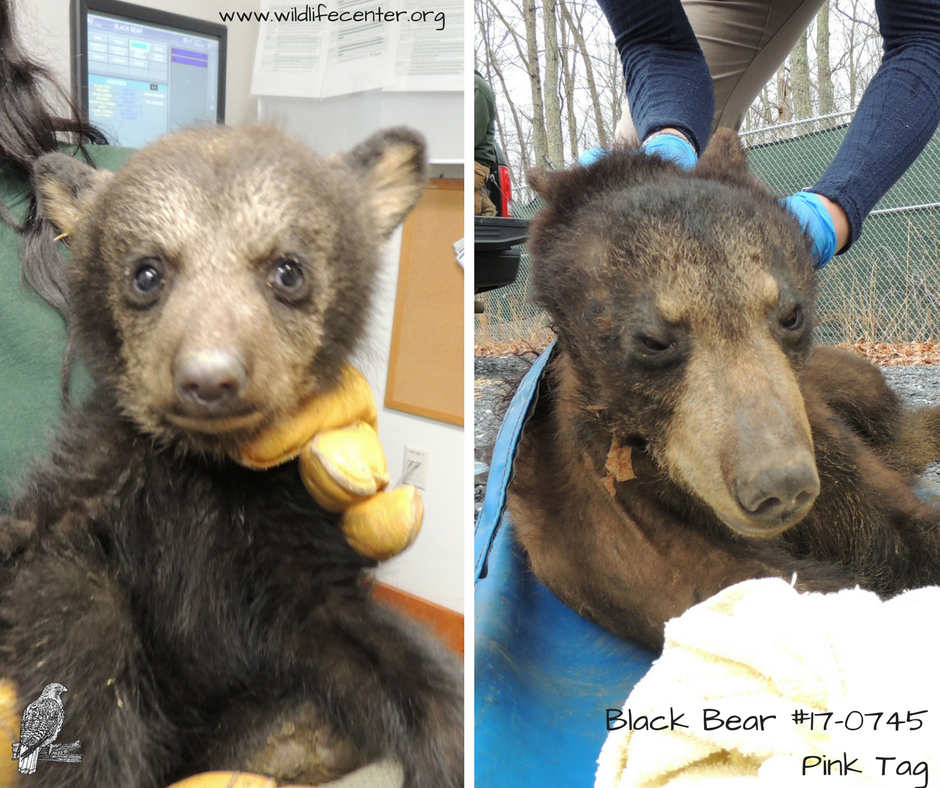 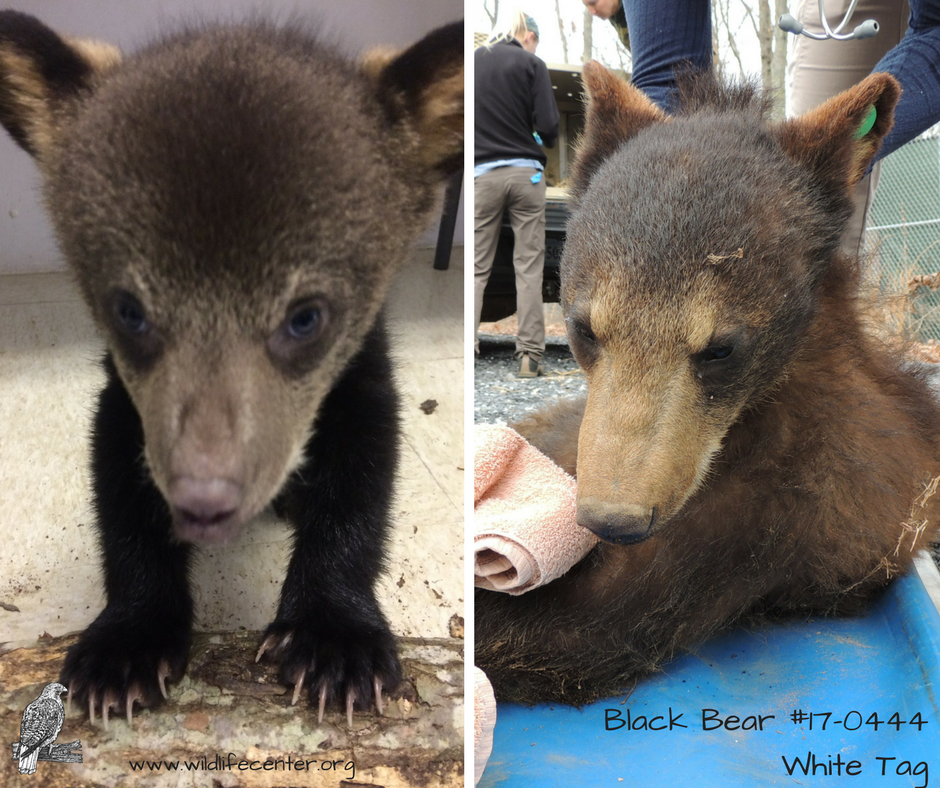 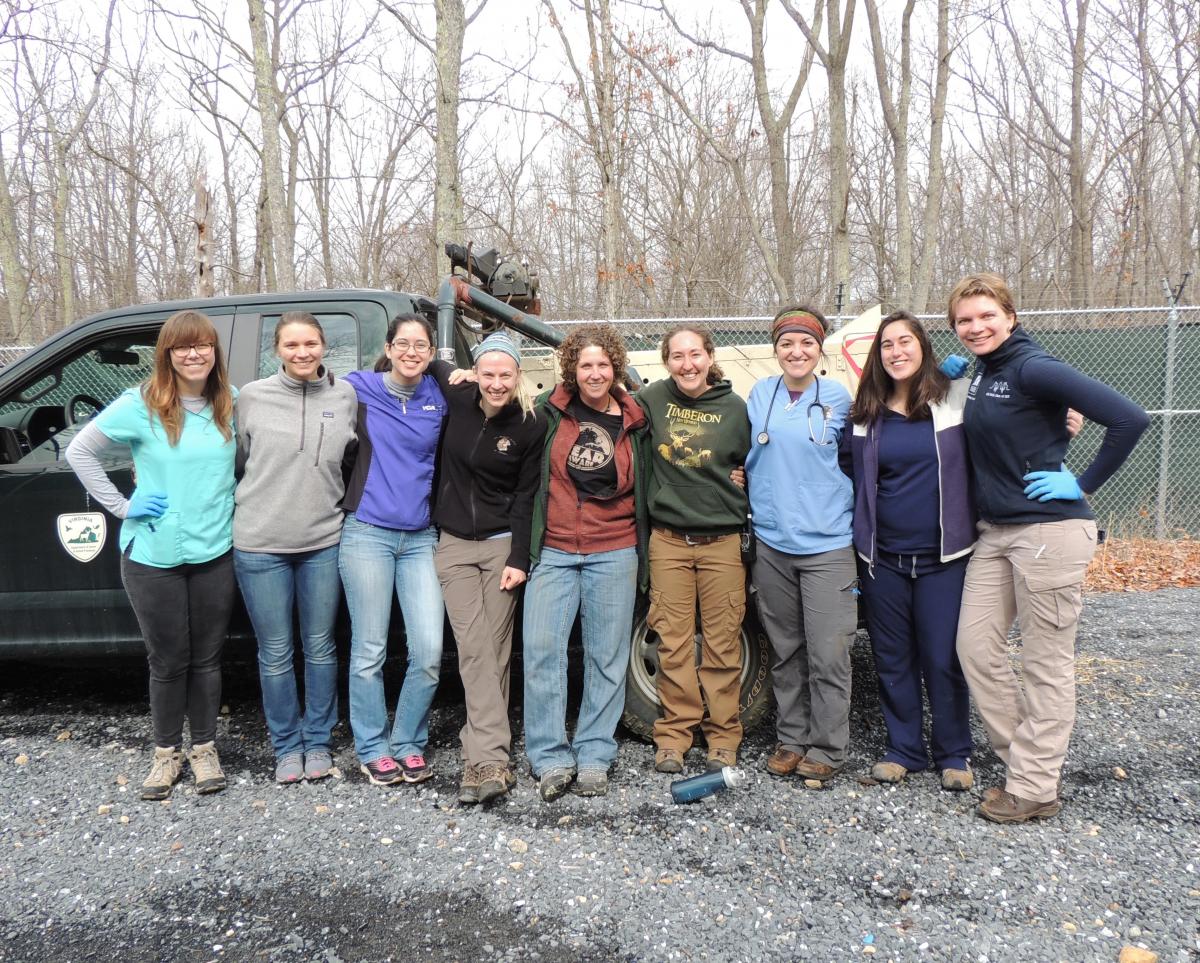 Afternoon Update: Katie, the DGIF biologist who released No Tag, Pink Tag, Orange Tag, and White Tag today reported in this afternoon that everything went well! She told wildlife rehabilitator Brie that there were a couple of bears who were a little sleepy when they came out of the bear trap, but all four bears headed straight for the woods. One even climbed a tree right away to get farther away. 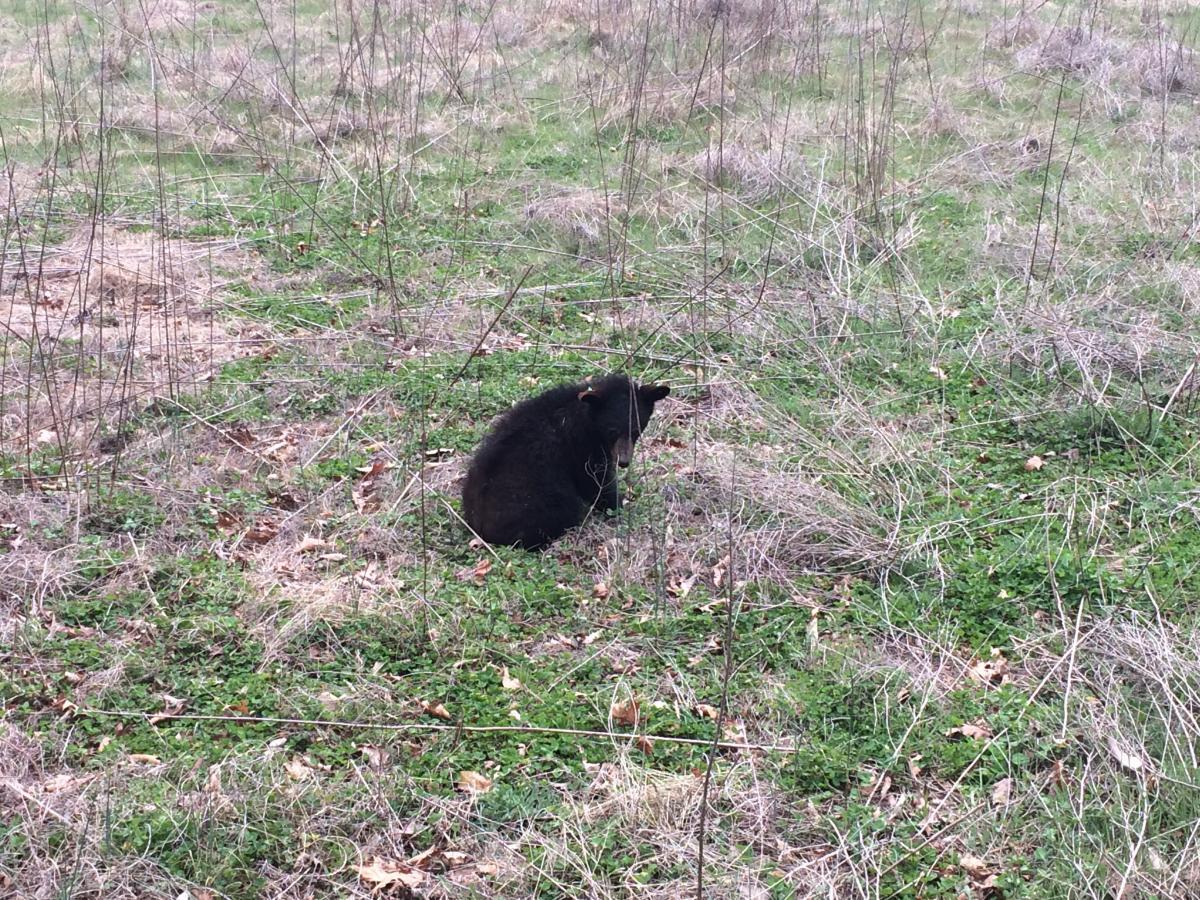 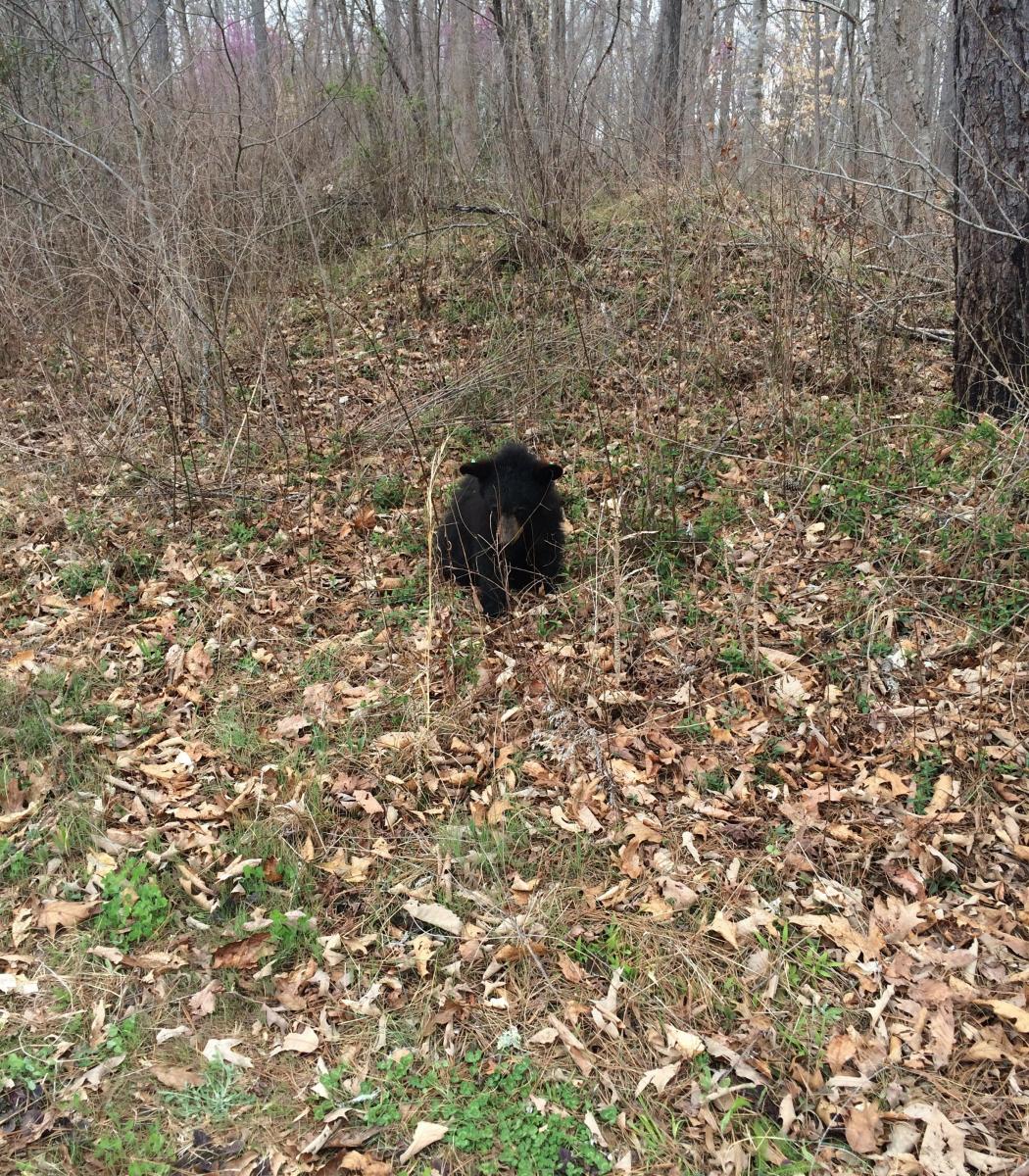 One of the four: 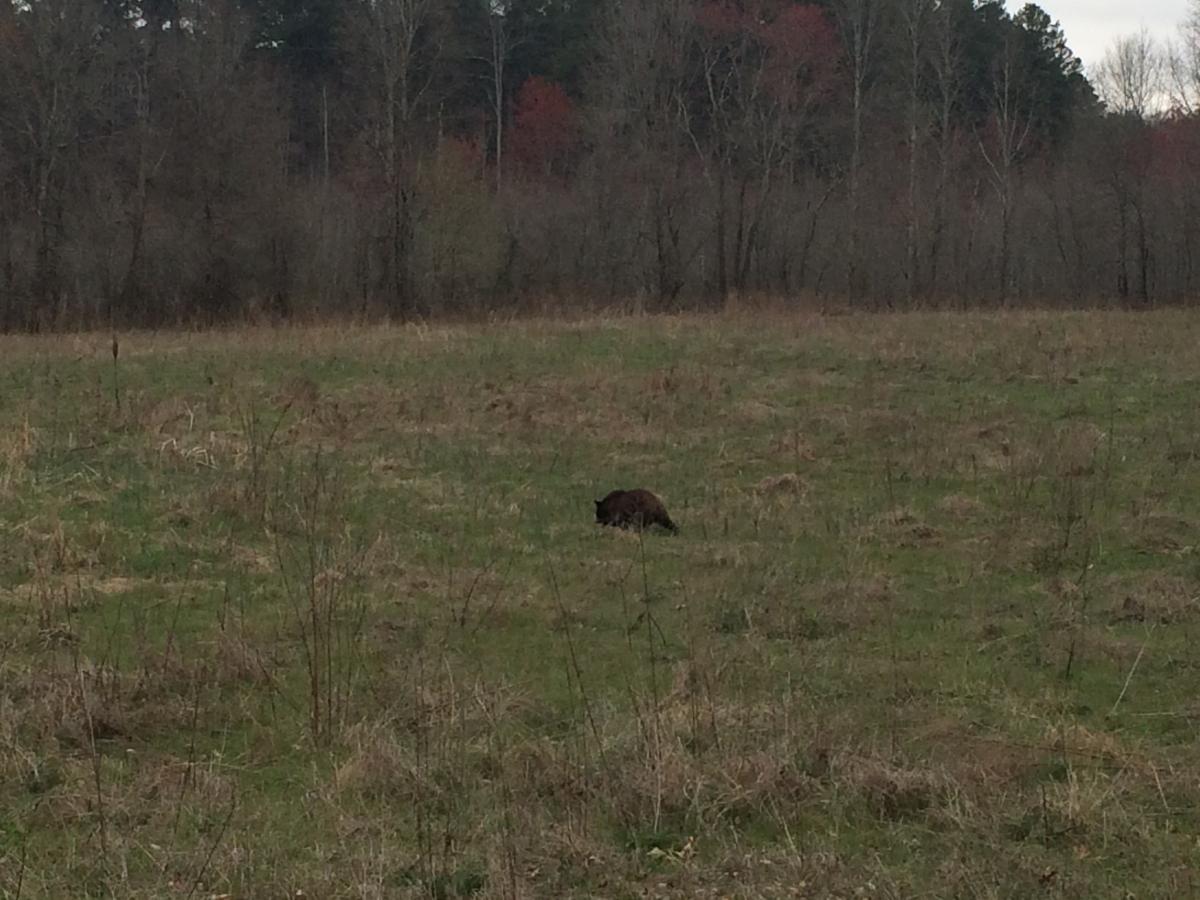 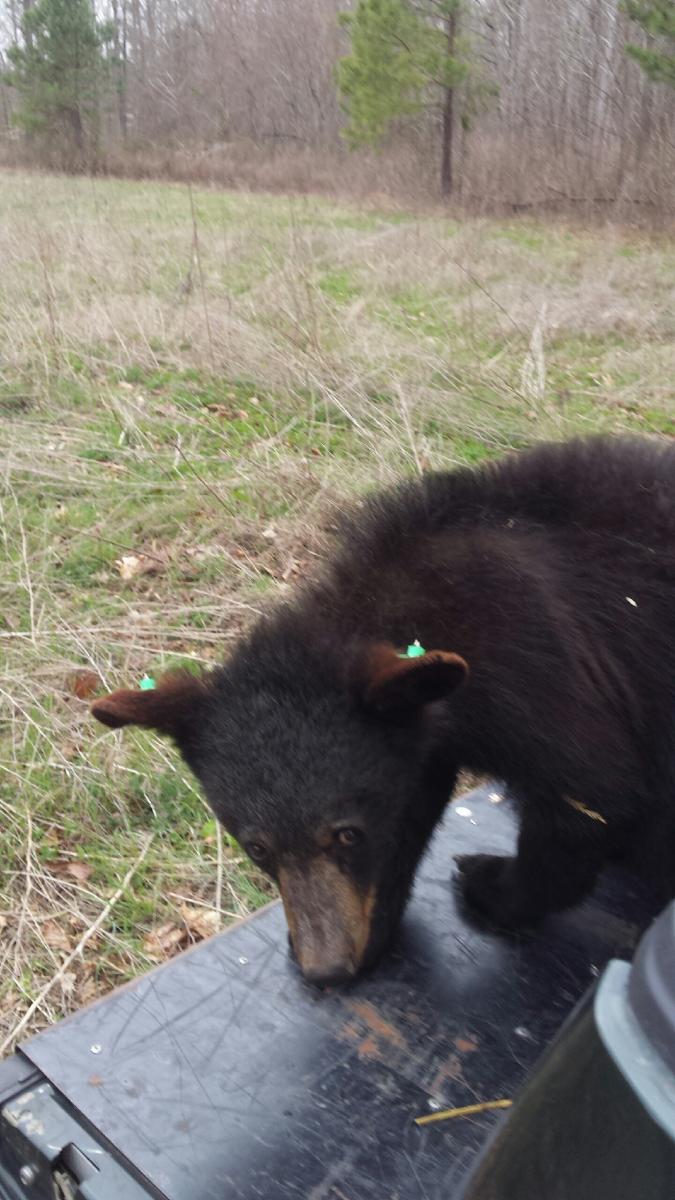 On February 8, the wildlife rehabilitation team was able to trap Pink Tag in transition area #2 in the Black Bear Complex. Dr. Monica darted the yearling bear for a full examination.

Once the bear was safely anesthetized, the team performed a physical examination and several skin scrapings, drew blood, and took hair samples. Dr. Peach noted that the bear had a thinning hair coat on her chest and near her rump, along with some matted hair on her rump. Overall, there wasn’t a significant amount of hair loss. The bear weighed in at 37.3 kg. 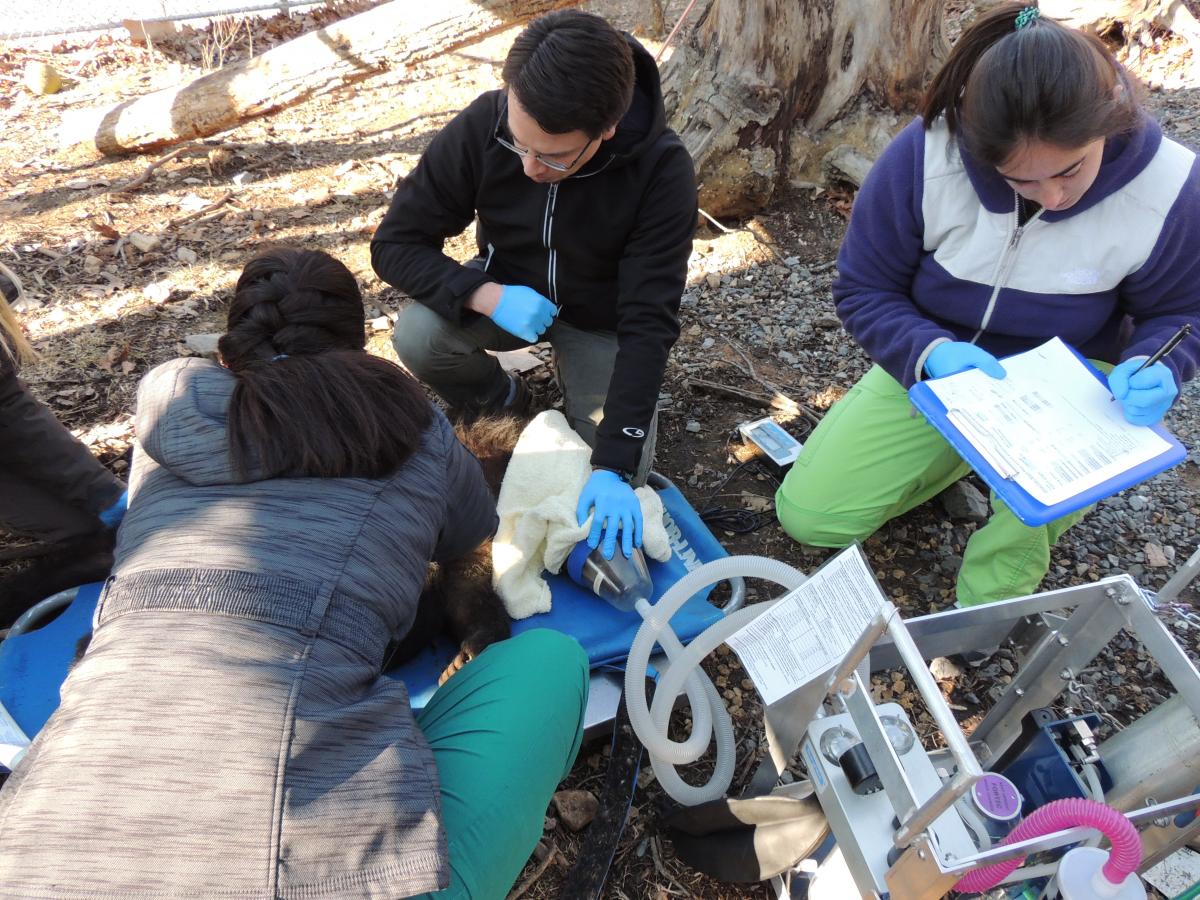 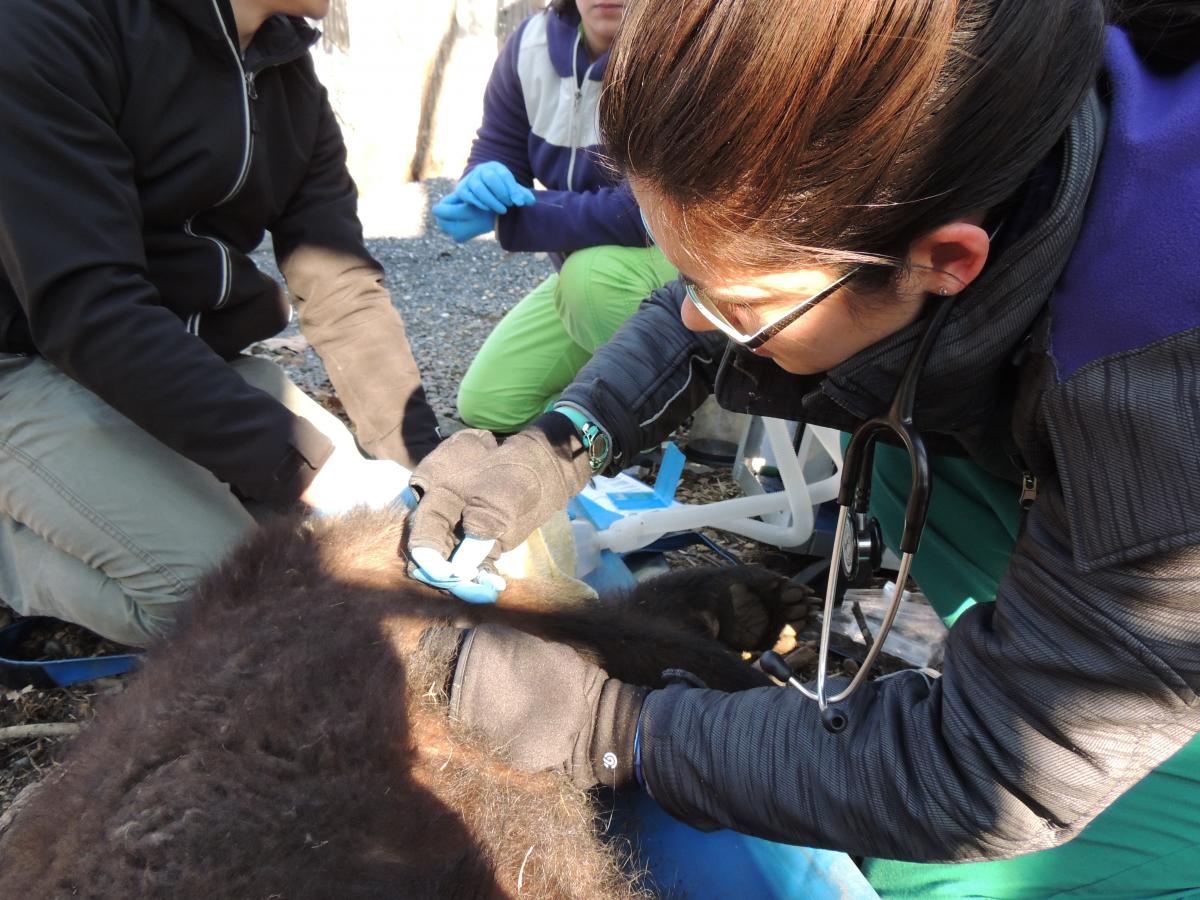 Pink Tag recovered well in the transition area, and the team decided to leave her contained in that space until all diagnostic work was performed.

Licensed veterinary technician Jaclyn analyzed the skin scraping later that afternoon and found no signs of mites. Blood work was within normal limits. A dermatophyte test medium (DTM) was set up to culture for the ringworm fungus; the team will know early this week if the yearling has ringworm.