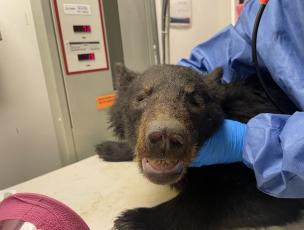 On May 24, a yearling Black Bear was admitted to the Wildlife Center from Montgomery County, Virginia. The bear had been spotted in someone's yard for several days; while yearling bears are old enough to be on their own at this time of year, this bear appeared very thin and in need of assistance. The bear was able to be contained and the Virginia Department of Wildlife Resources transported him to the Wildlife Center. 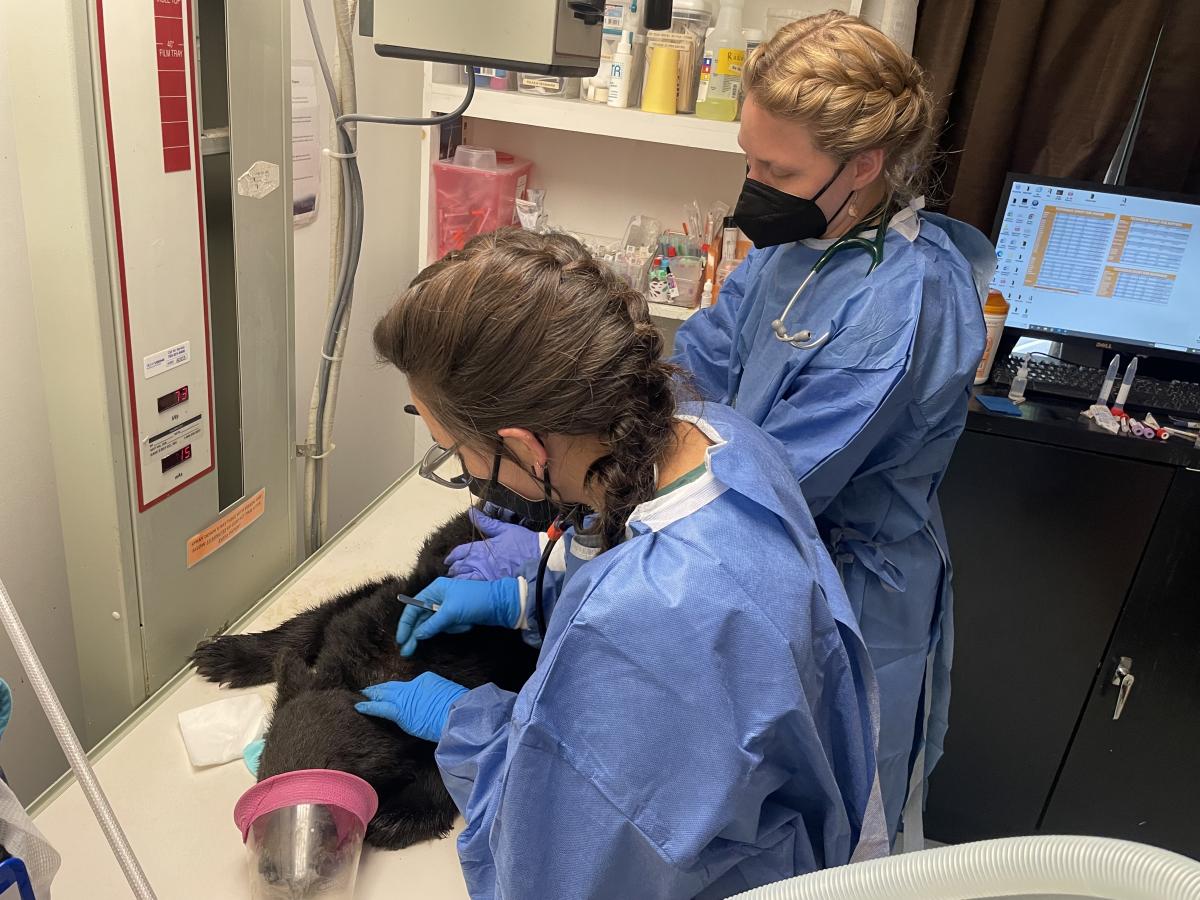 Dr. Olivia, one of the Center's veterinary interns, examined the male bear when he arrived. The yearling was quiet and alert and in poor body condition, with a heavy burden of ticks. Radiographs revealed a possible old injury to the bear's left elbow. Bloodwork confirmed severe anemia and lower-than-normal levels of protein, likely due to the bear's malnutrition and heavy tick burden. A skin scrape was negative for parasites. The bear weighed 14.9 kg.

The team gave the bear subcutaneous fluids and an anti-parasitic medication and placed the yearling in a Zinger crate indoors for the evening. The following day, the staff moved the bear to the Center's bear pens for additional observation. At this point, the bear's prognosis is guarded, due to his poor body condition and issues with blood work. The staff will offer food and supportive care and will monitor the bear's ability to walk and climb using his front left leg.

Your donation will help provide veterinary medical care to this Black Bear ... and more than 3,800 other patients that the Wildlife Center will admit in 2022.

During the past week, the rehabilitation staff have been carefully assessing Black Bear yearling #22-1286 in the Black Bear Complex. When the bear moved to the new area last week, the staff placed at least a week’s worth of food in the Bear Yard transition area. Since the staff have not had to deliver food within the past week, the checks that have taken place have mainly ensured that the bear has water, and provide a couple of brief behavioral assessments. On July 12, wildlife rehabilitator Kelsey checked on the bear and reported that when the yearling saw her, he immediately darted into the weeds and stayed hidden until she left.

The staff feel confident that this bear is ready for release into the wild; biologists with the Department of Wildlife Resources quickly dropped off a live trap for the bear. The staff set the trap toward the end of the day on July 13 and were able to quickly contain the bear; DWR biologist Carl picked up the yearling for release that same evening. He reports that the bear did well and climbed a tree! 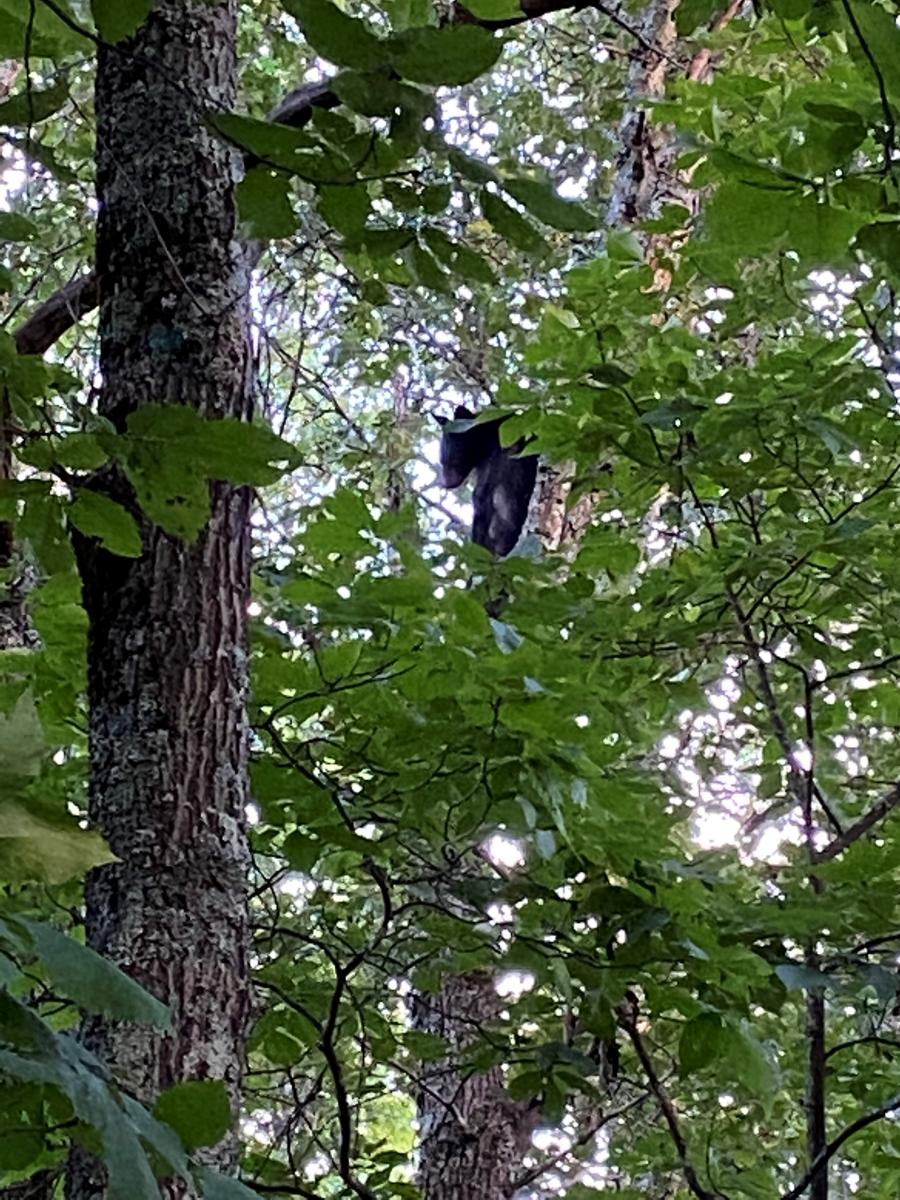 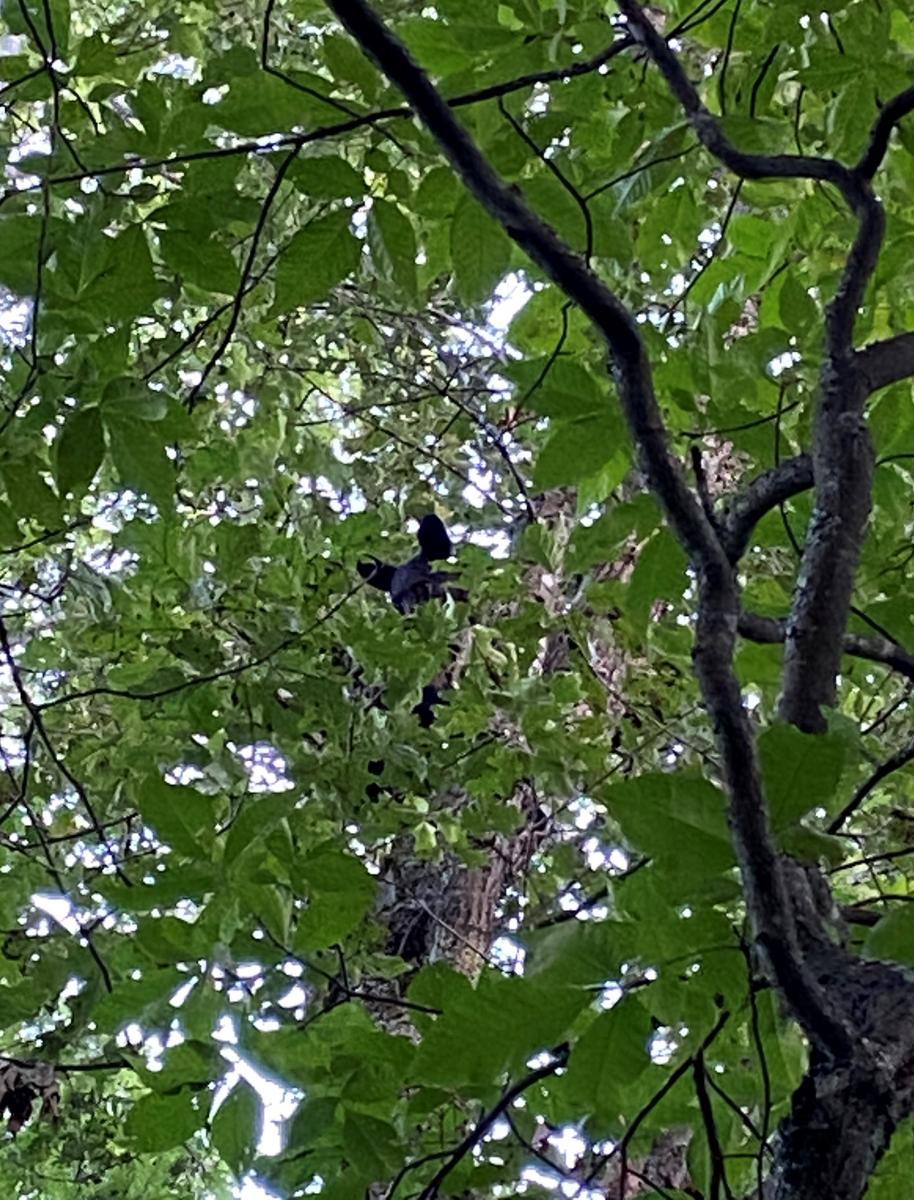 During the past month, the staff have continued to assess Black Bear yearling #22-1286. The bear has been eating well and ambulating normally, though the staff still have some lingering concerns about the bear’s response to humans when food is delivered. While the bear isn’t “friendly” and does generally seem shy of humans, when staff drops the food each day, the yearling immediately comes out and eats before the staff leave.

To better assess the bear and his behavior, the staff decide to move the yearling to the transition area of the Black Bear complex. The rehabilitation staff dispersed a large amount of food – about a week’s worth – in the area so that the bear can be alone in the space without seeing humans deliver food each day. The supply of food, combined with a lot of natural growth in the bear complex, should sustain the bear and encourage natural foraging behaviors. After a week, the staff will assess the bear’s behavior and confer with DWR biologists about the possibility of release.

Dr. Karra was able to successfully dart and anesthetized the bear on the morning of July 5. Dr. Karra reported that the bear weighed in at 22 kg; while this is a good amount of weight and body condition, the bear still hadn’t put on quite the amount of muscle and fat that she’d expected. The bear’s hair coat is thin, though he tested negative for any mites or parasites. The bear recovered well in the transition area of the Bear Complex. 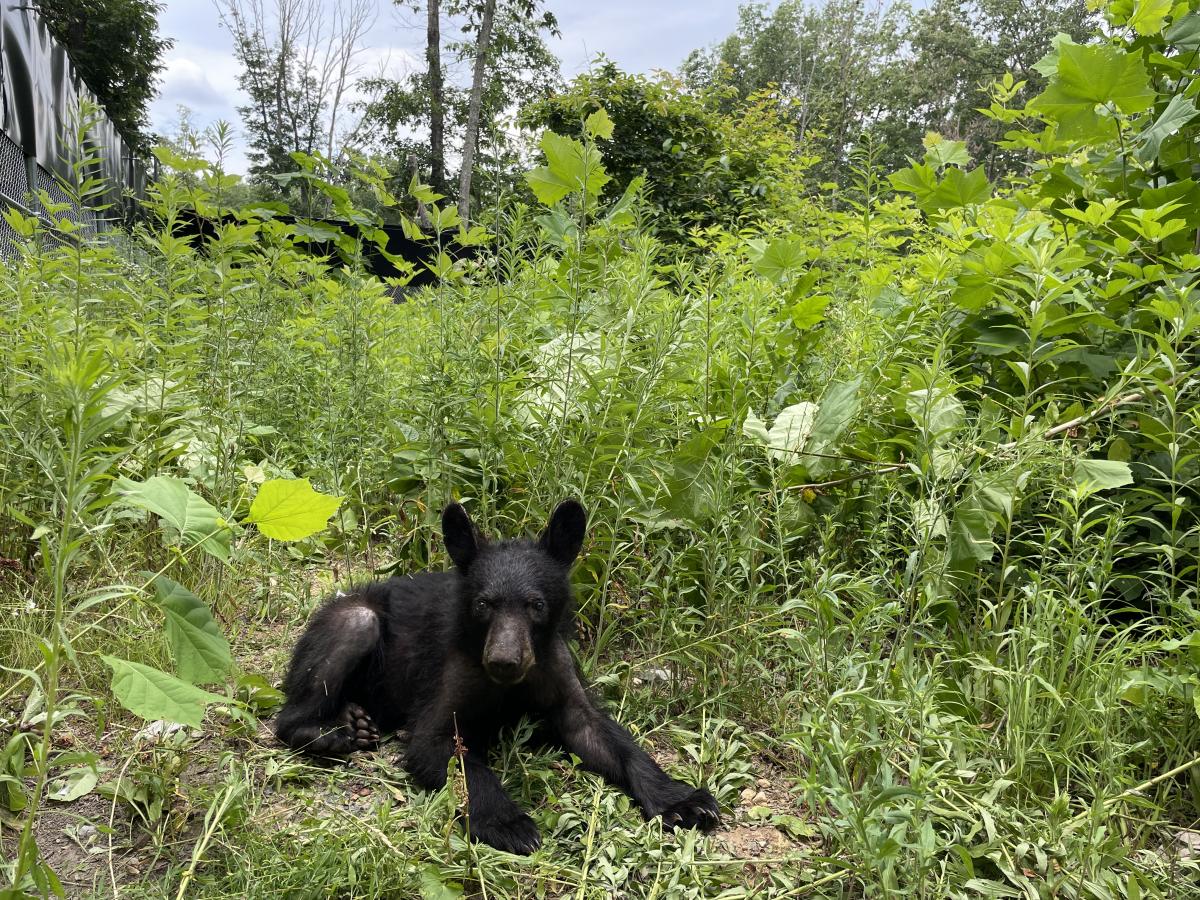 Black Bear yearling #22-1286 has been recovering quietly in the Center’s Bear Pens in the weeks since his admission. Though the bear is not extremely active in front of staff, based on observation, the yearling appears to be able to ambulate normally around his enclosure. The staff have noted that he remains very interested in food deliveries, though this behavior may be due to his underweight condition and chronic lack of food prior to arriving at the Center. The bear is currently eating eight pounds of food a day; as the bear gains weight, the staff will continue to evaluate his behavior and assess the yearling for release.