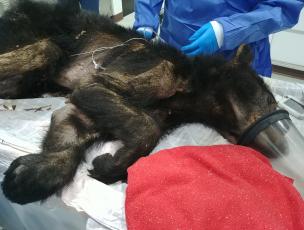 On Friday, June 7, the Wildlife Center admitted a young adult male Black Bear from Rappahannock County. The bear had signs of severe mange and was able to be trapped and transported by a biologist with the Department of Game and Inland Fisheries.

When the bear arrived at the Center, he was quiet and lying down in the transport trap. Dr. Peach, the Center’s veterinary research fellow, was able to anesthetize the bear using a pole syringe. During the physical exam, Dr. Peach found that the bear was very thin, with an estimated body condition score of 1/5. The bear had a poor hair coat with several areas of hair loss, hair thinning, and skin crusting and thickening – all classic signs of mange. Dr. Peach estimated that about 60-70 percent of the bear’s skin and hair coat was affected. Skin scrapes were positive for sarcoptic mange. 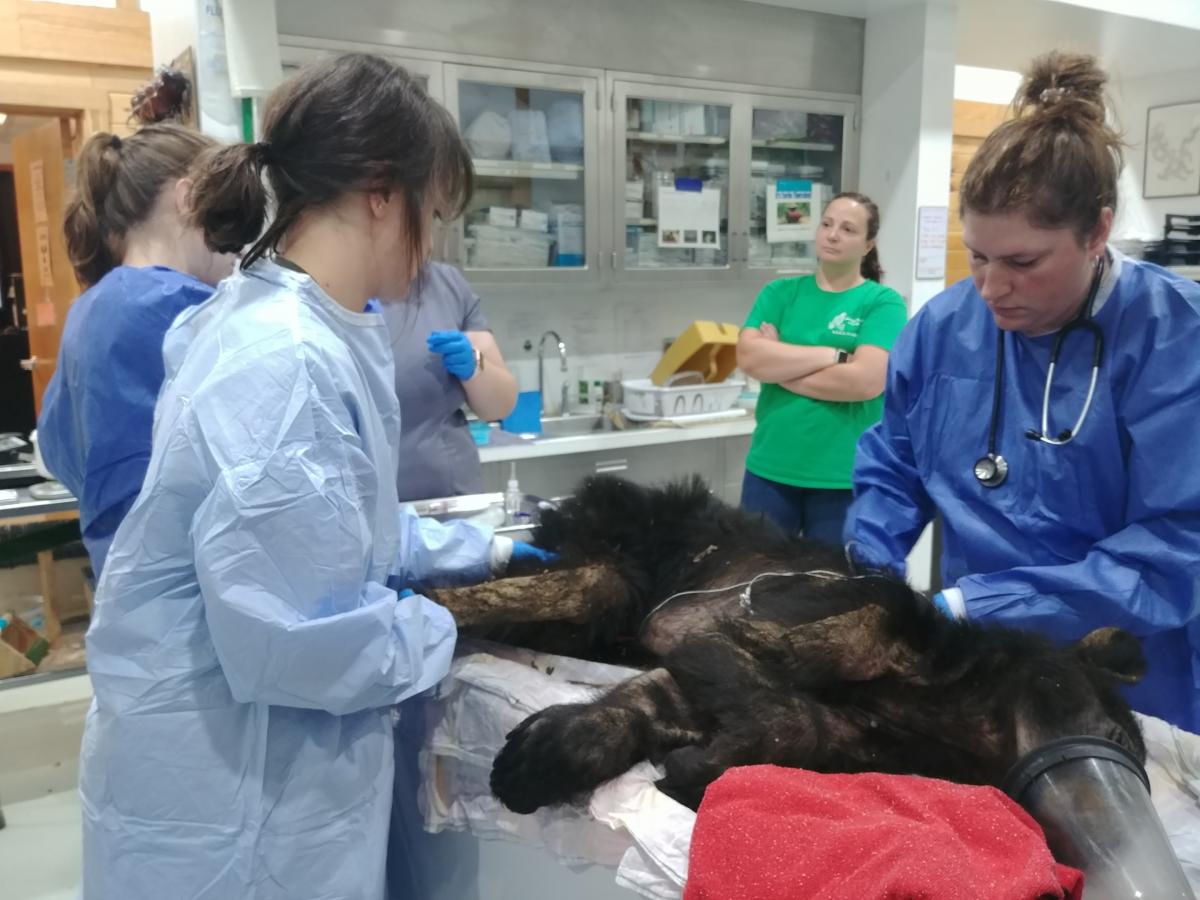 Dr. Peach gave the bear subcutaneous fluids and took the bear to the Center’s bear pens, an ideal spot for bears with infectious mange to recover. The bear will become the next “study participant” in Dr. Peach’s mange treatment research. Later that evening, wildlife rehabilitator Shannon confirmed that the bear did eat the oral dose of medication, which was hidden in a food item. The bear will be scheduled for a re-check skin scraping and blood work two weeks after admission.

Your donation will help provide veterinary medical care to this severely debilitated Black Bear. Thank you!

Black Bear #19-1419 had a follow-up physical examination, skin scraping, blood work, and weight on July 12. Dr. Karra was happy to report that the bear’s condition had much improved from his admission; there were no live or dead mange mites noted, and the bear’s hair coat is growing back in nicely. 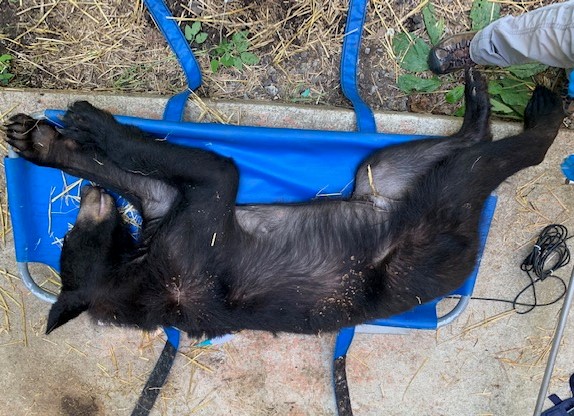 The Wildlife Center team reached out to the Department of Game and Inland Fisheries to coordinate the release of the bear. On July 31, a DGIF biologist came to collar and ear tag the bear, then took the bear for release. The GPS collar will allow biologists to track the bear post-release, which will be hugely beneficial to knowing his long-term condition, including whether or not he becomes re-infected with mange. The bear weighed 47 kg. 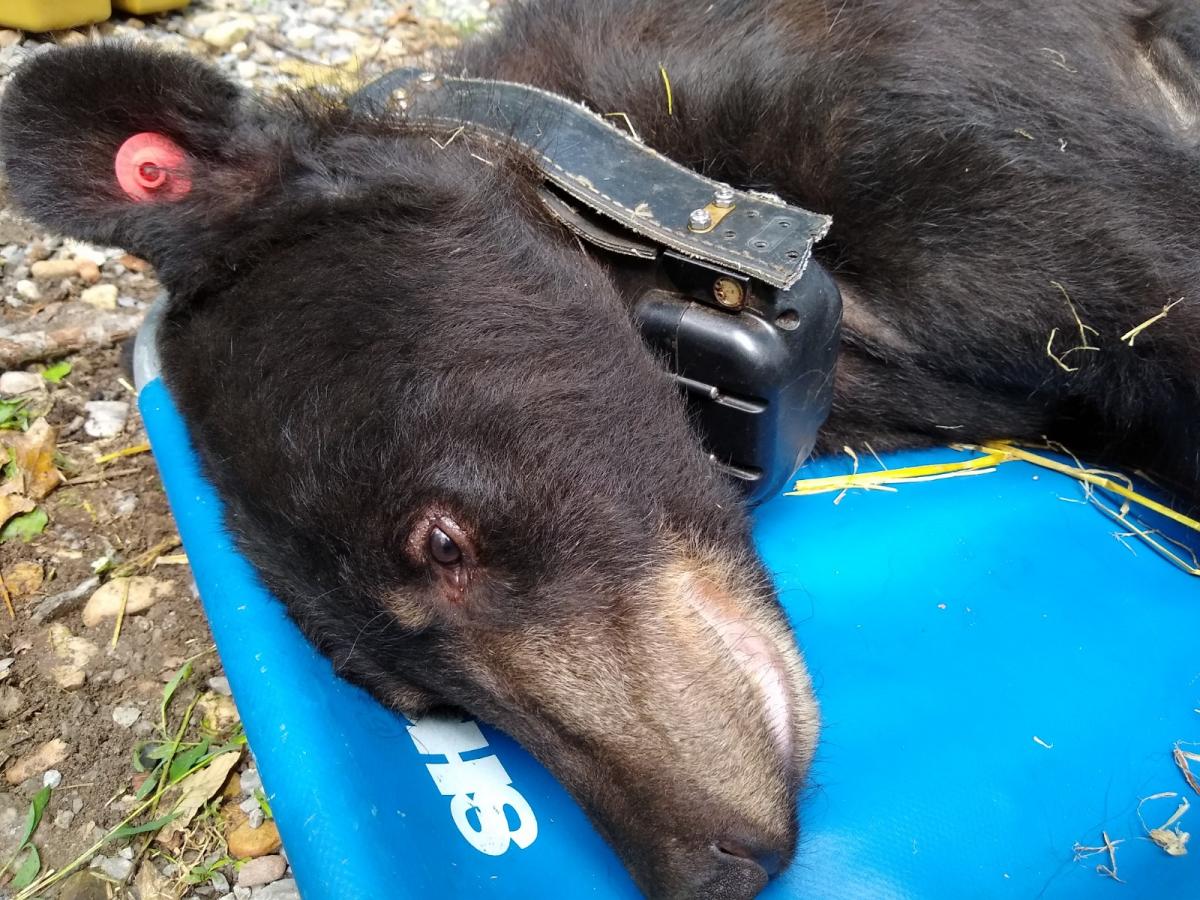 On Friday, June 21, Dr. Peach sedated and anesthetized Black Bear #19-1419 for a two-week post-admission follow-up. Dr. Peach was happy to report that the bear is now negative for any live or dead mange mites. The bear is eating and gaining weight and now weighs 30.30 kg. The bear will be anesthetized in four weeks for another recheck; if all is well at that examination, the bear will be moved to the Bear Complex. 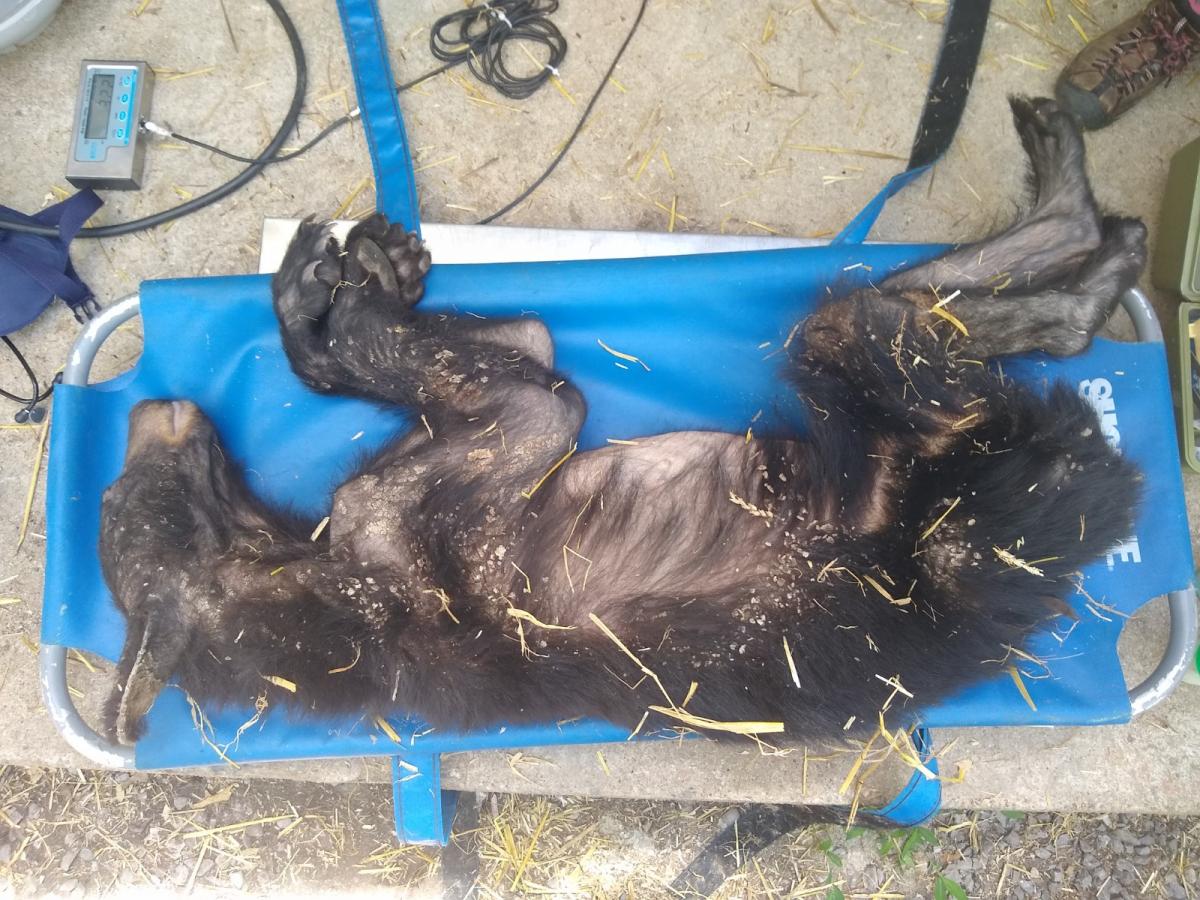