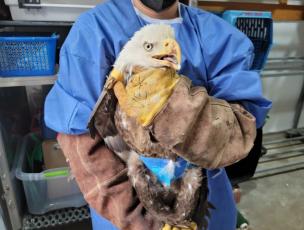 On March 20, the Center admitted an adult Bald Eagle that was hit by a car in Henrico County. The eagle was scavenging a deer carcass on the side of the road, and, when it attempted to fly away, it was struck by the vehicle. A Henrico County police officer was dispatched to the scene and found that the eagle was unable to fly and appeared to have trauma to its left wing. The officer captured the eagle, and a volunteer transported the bird to the Center later that day.

On admission, the eagle (likely a male) was alert and responsive. Dr. Jenn, one of the Center’s veterinary interns, examined the bird and found blood in his glottis (part of the airway), indicating that he had internal trauma. Dr. Jenn also found subcutaneous emphysema (air trapped under the skin), severe bruising, and a puncture wound on the bird's left shoulder. Radiographs revealed that the eagle’s left scapula (shoulder blade) was fractured. During the exam, Dr. Jenn also tested for lead toxicosis, a common issue for Bald Eagles and other raptors. The in-house lead test came back positive for lead at a level of 0.173 ppm, a subclinical level that could cause health issues if left untreated.

After the exam, Dr. Jenn administered fluids, placed a body wrap to stabilize the eagle’s fracture, and started the eagle on a course of anti-inflammatories. She then placed the eagle in the Center's indoor Hold for rest and close monitoring. Once the eagle was well-hydrated, Dr. Jenn started chelation therapy to remove the lead from the bird's system and added medication to reduce the eagle's stress in captivity.

For now, the eagle will stay inside the Center's hospital where the veterinary team can closely monitor him during daily treatments. The eagle's prognosis is guarded due to his internal trauma and fractured wing.

Your donation will help provide veterinary medical care to this injured Bald Eagle ... and more than 3,500 wild patients in need this year. Thank you!

Bald Eagle #22-0261 was released on Wednesday, May 25 at Berkeley Plantation in Charles City, Virginia. The release site, situated along the northern shoreline of the James River, was approximately 12 miles from the eagle's original rescue location.

A crowd of about 50 people gathered to watch Wildlife Center President Ed Clark release the eagle. Officer Drinkwater, the Henrico County Police Officer who initially rescued the bird in March 2022, was also in attendance. Before the release, Ed took a few minutes to talk about Bald Eagles at the Center, their amazing conservation success story, and how to protect them for future generations.

Once everyone was in place, Ed tossed the Bald Eagle into the air. The release attendees watched as the bird flew up and out of sight. Attendees noted that the eagle flew powerfully and strongly -- with an "I'm out of here!" attitude, as one spectator described! 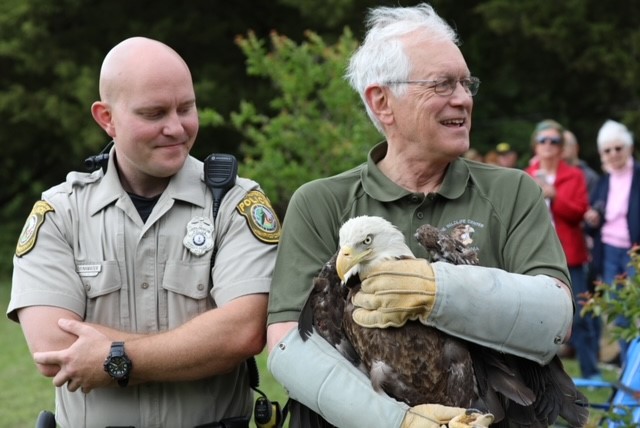 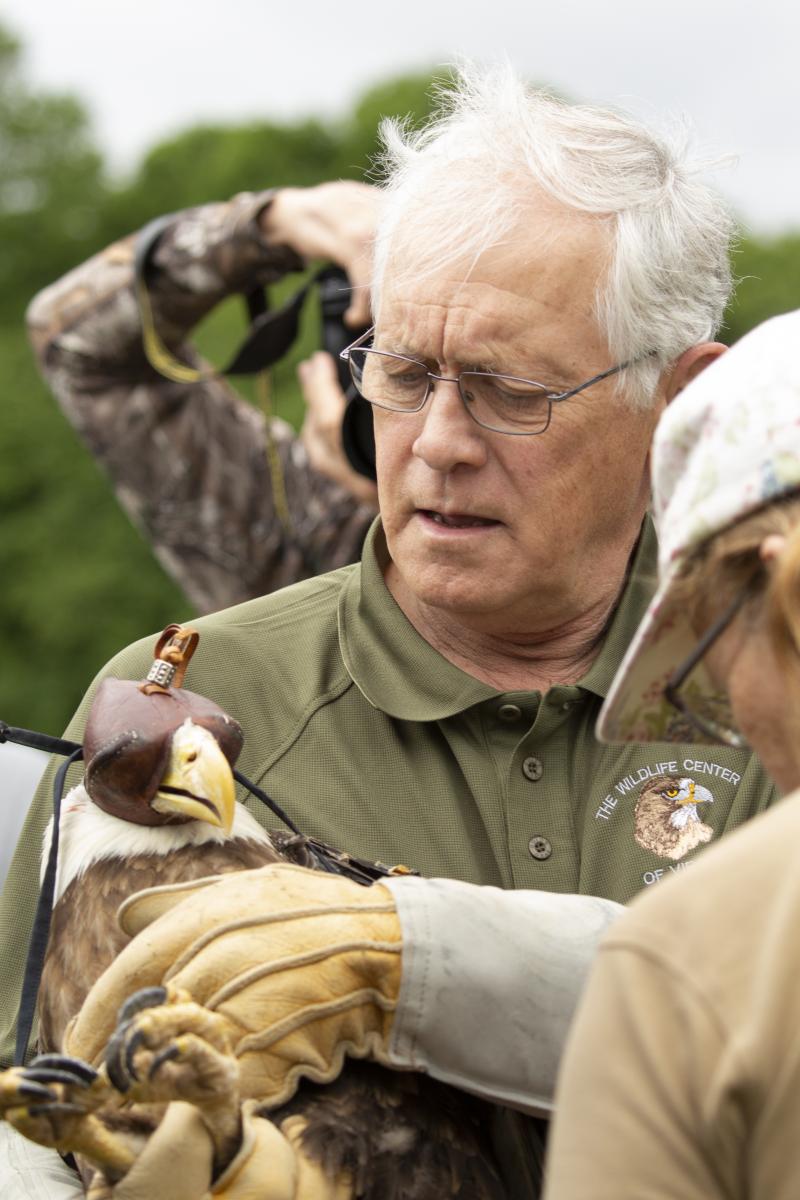 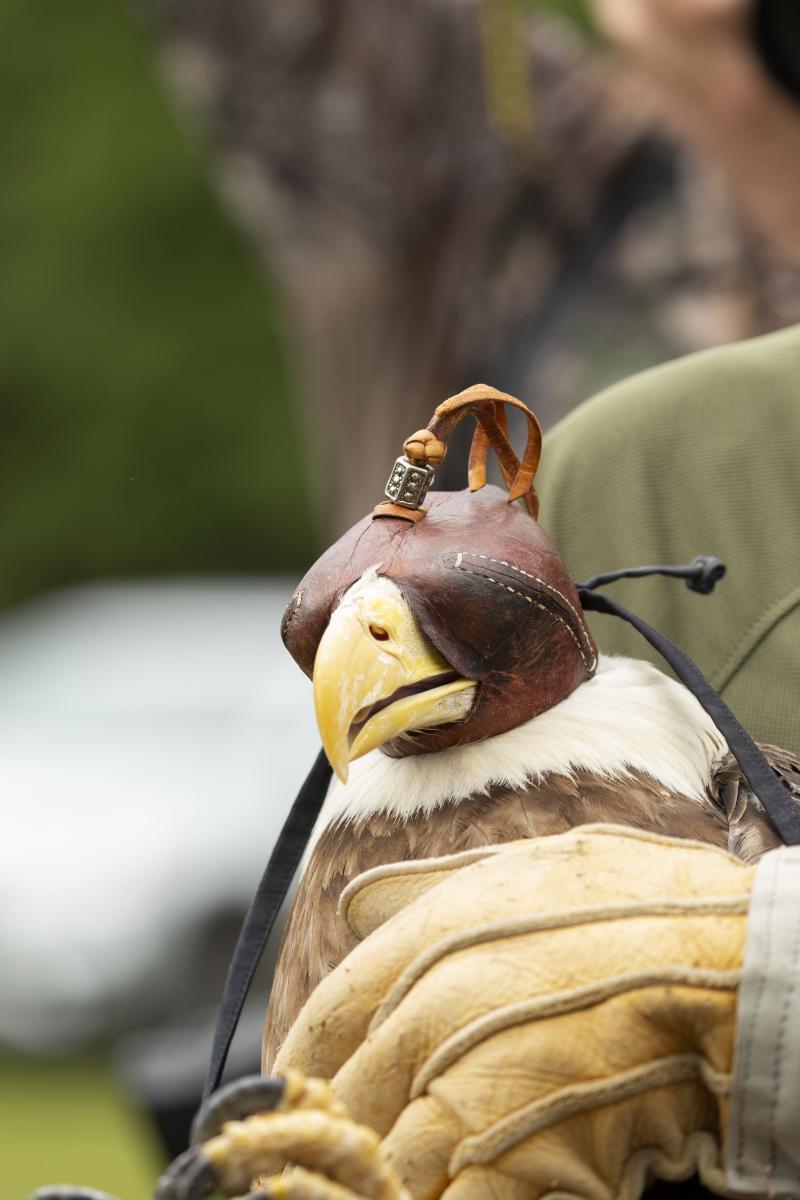 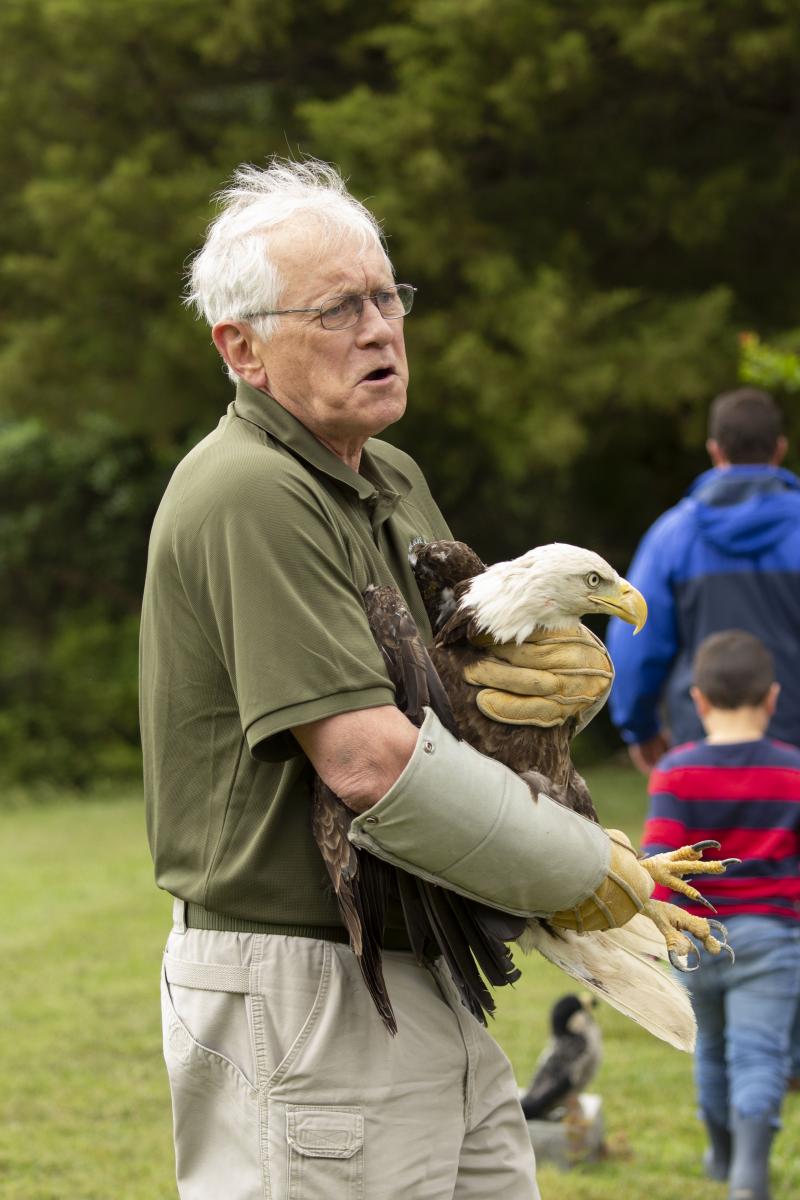 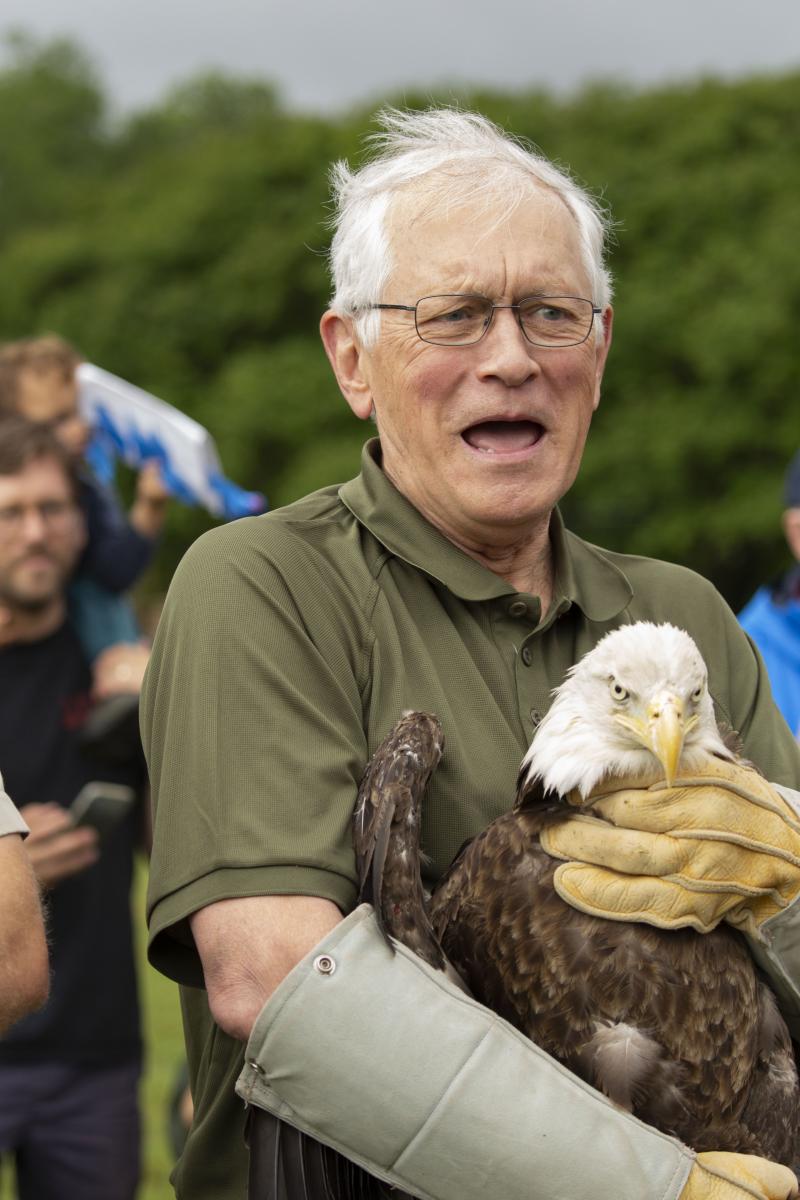 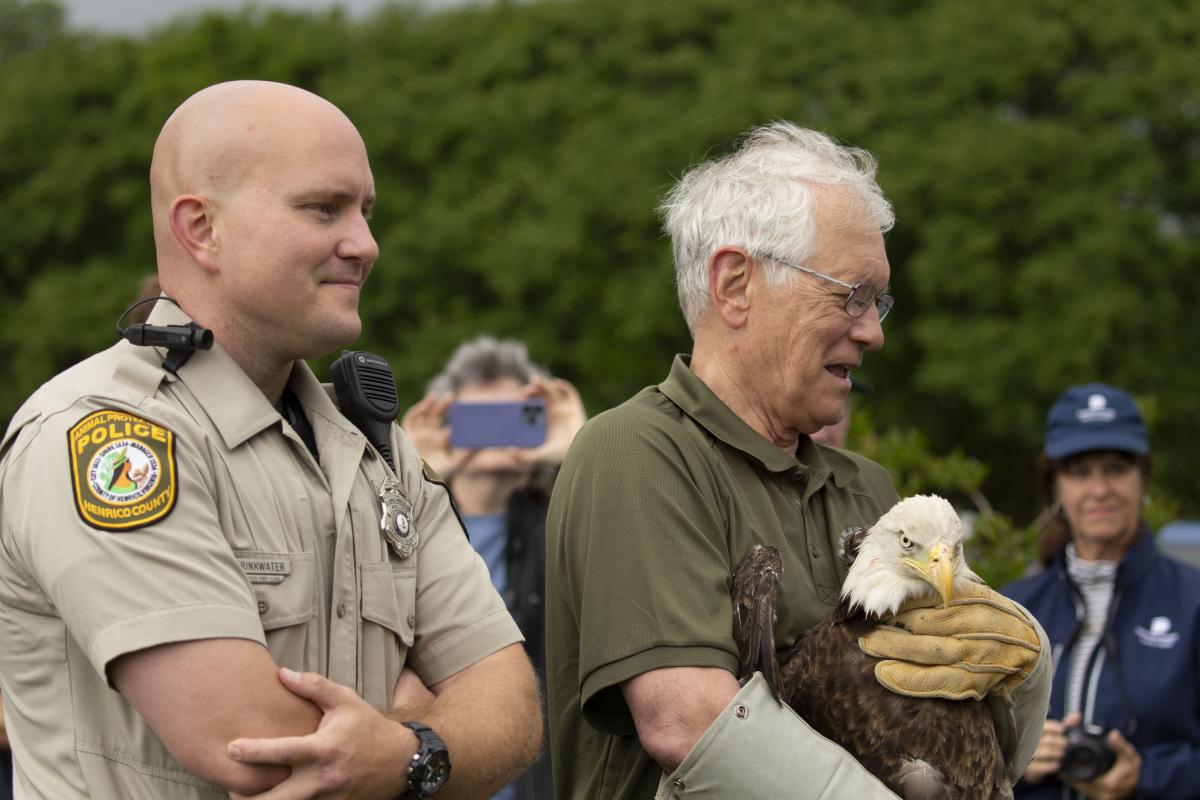 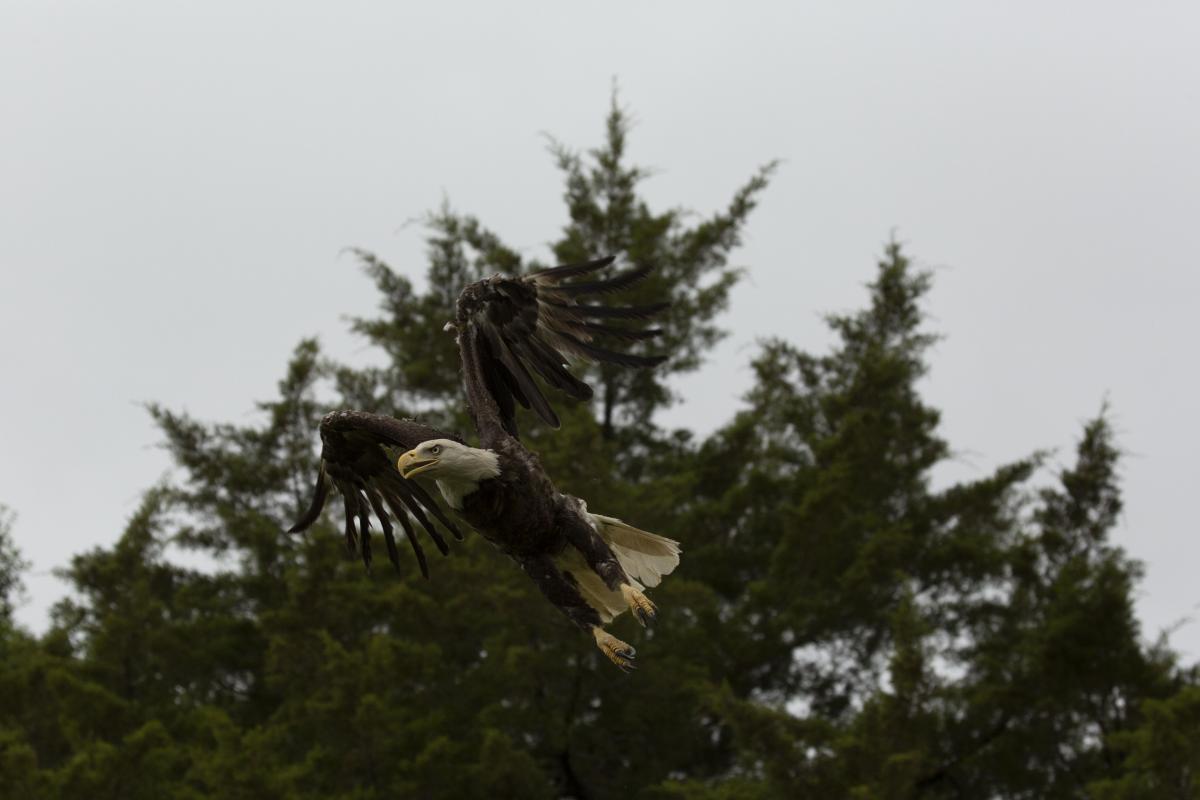 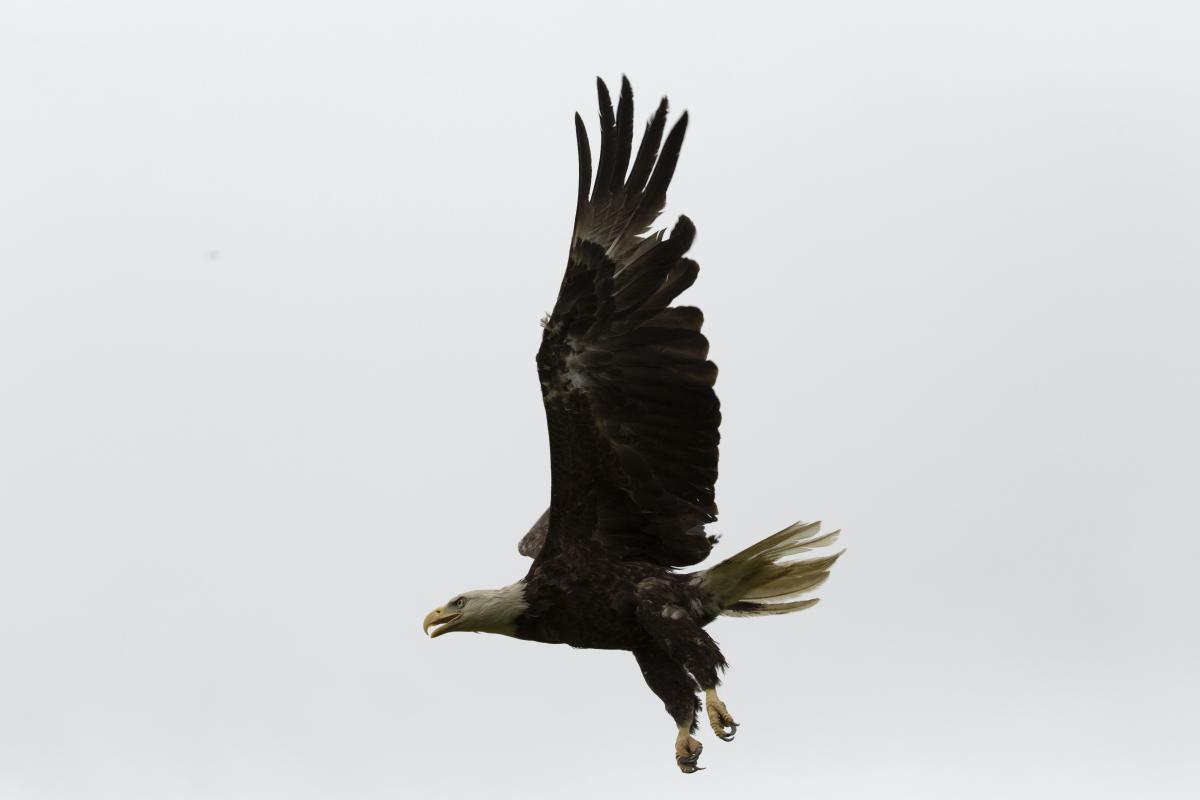 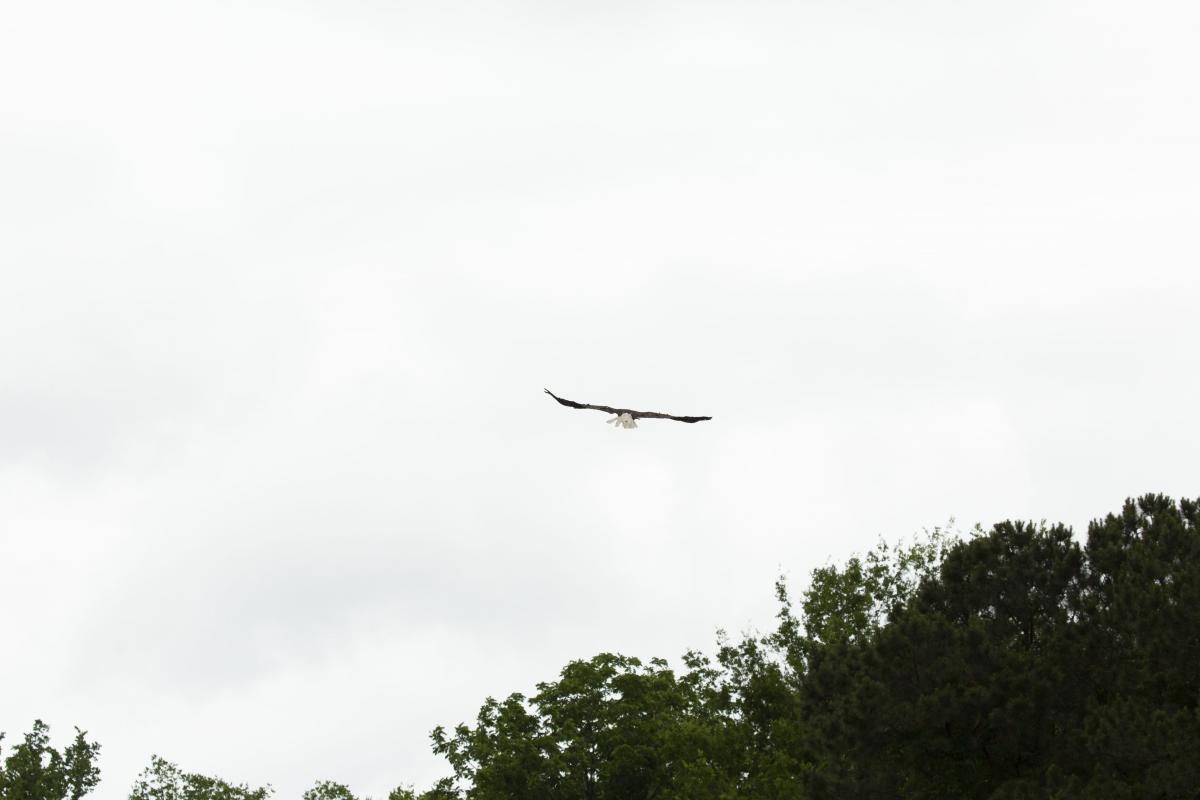 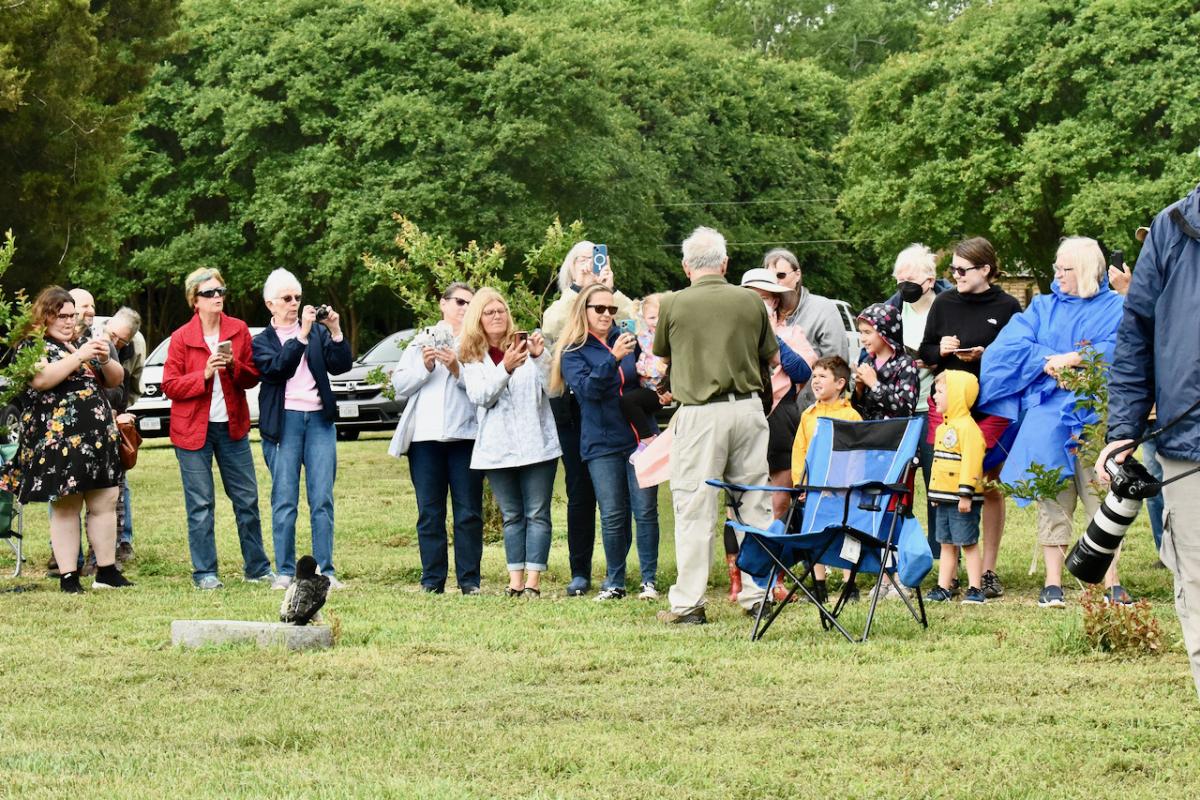 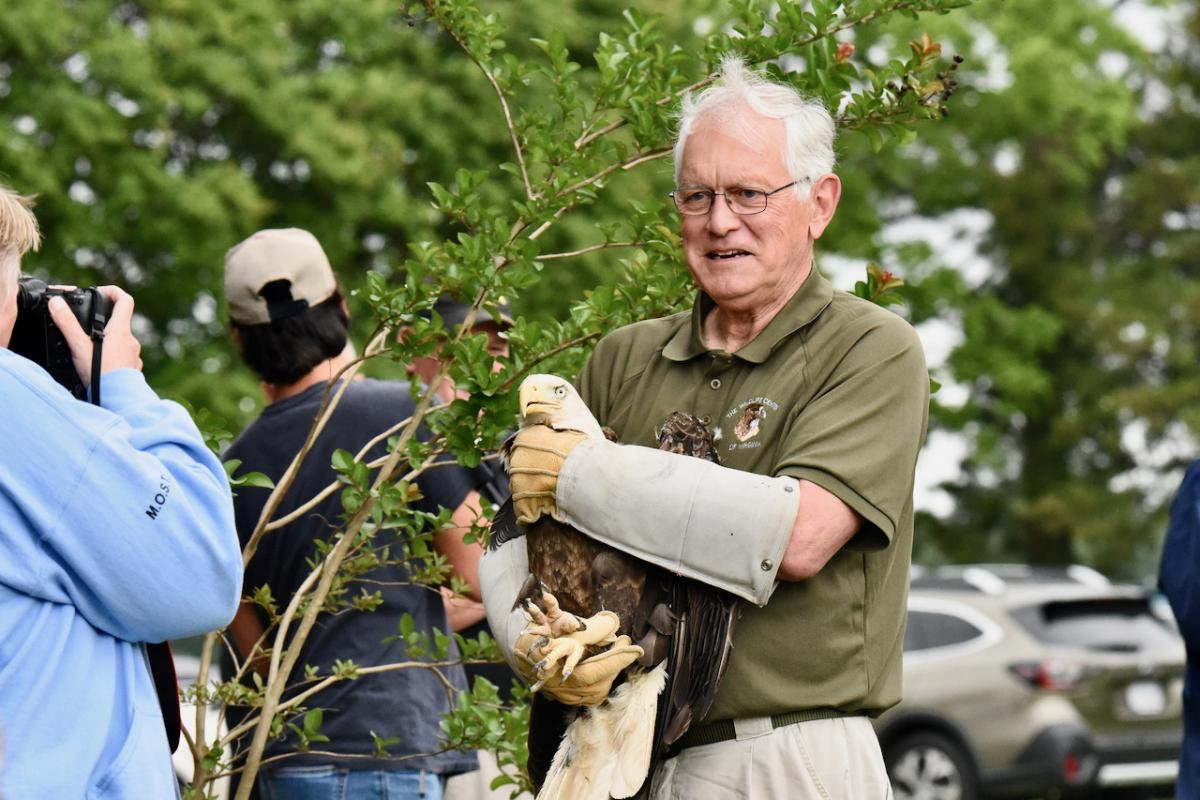 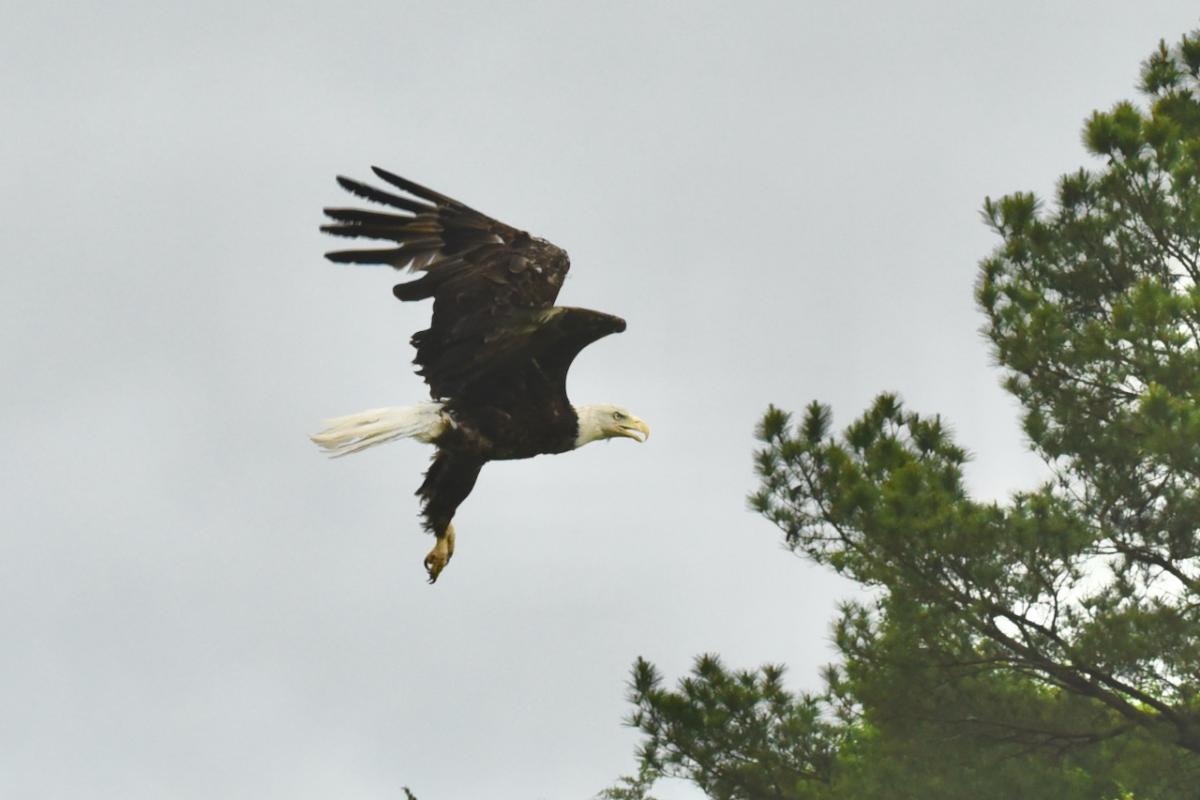