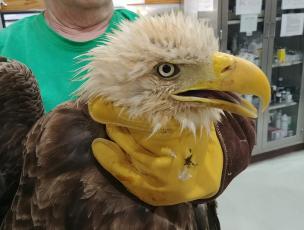 On Wednesday, June 12, an adult Bald Eagle reportedly "fell from the sky" at a landfill in Campbell County. A conservation police officer was able to respond to the scene and transported the eagle to the Wildlife Center that same night.

Dr. Karra, the Center's veterinary intern, assessed the eagle in the transport crate before removing it; the eagle was lying down, motionless, and Dr. Karra first believed the eagle died during transport. When she picked up the eagle, it became alert and feisty and regurgitated a brown, smelly material. The bird was not stable, so Dr. Karra kept her examination brief; she was not able to feel any fractures or obvious injuries. Blood work revealed subclinical lead levels. Based on findings, Dr. Karra suspects that the eagle ingested some sort of toxin. She gave the bird fluids, a heart-stimulating medication, and set her up in an oxygen chamber to assist with the bird's respiration.

The next day, the eagle was anesthetized for radiographs; no fractures were found, though the eagle's heartbeat was quite low.

By June 15, the eagle was much brighter; Dr. Karra reports that the eagle is eating on her own and appears increasingly feisty.

Your donation will help provide veterinary medical care to this Bald Eagle -- plus 3,000 other patients that will be admitted in 2019. Thank you!

Bald Eagle #19-1560 was successfully released today at Long Island Park with a crowd of about 100 people in attendance. The bird was a strong flier and flew off out of sight.

A Bald Eagle that was rescued at a Campbell County landfill last month was rehabilitated at @WCVtweets . It was released this morning. Stay tuned to @ABC13News at 5. pic.twitter.com/NvQlgoFCEC 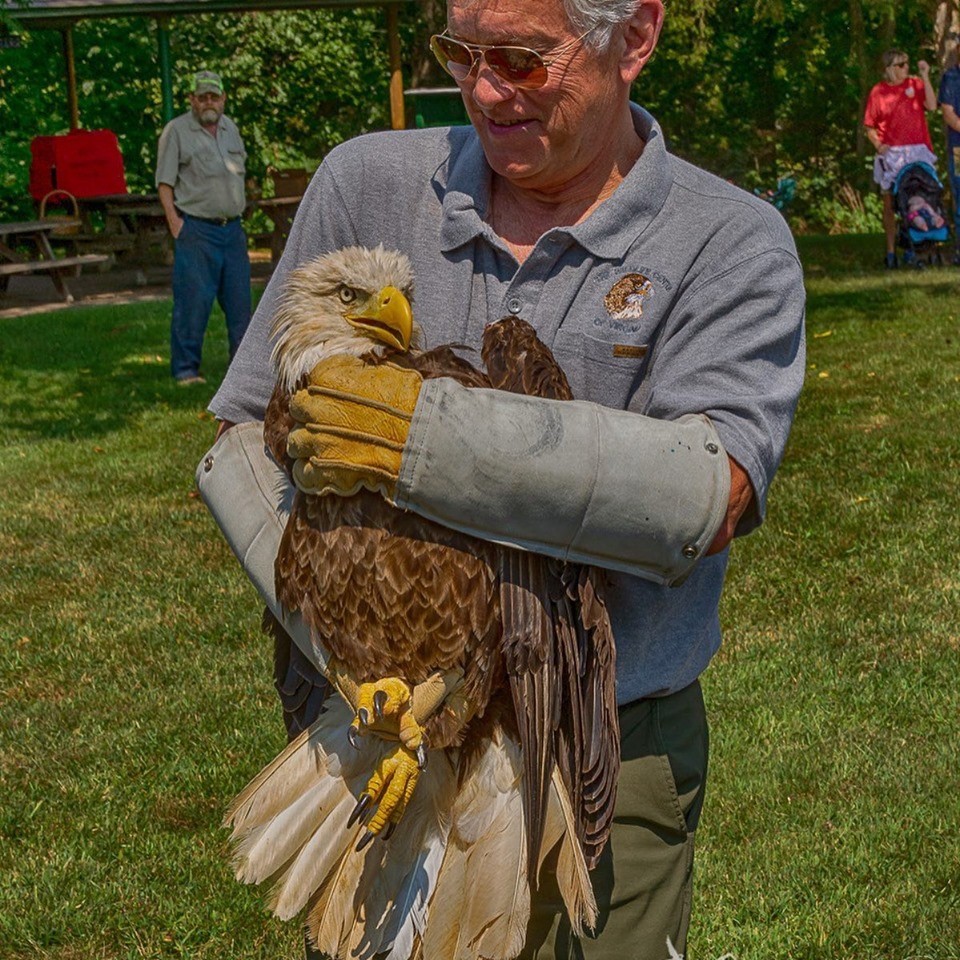 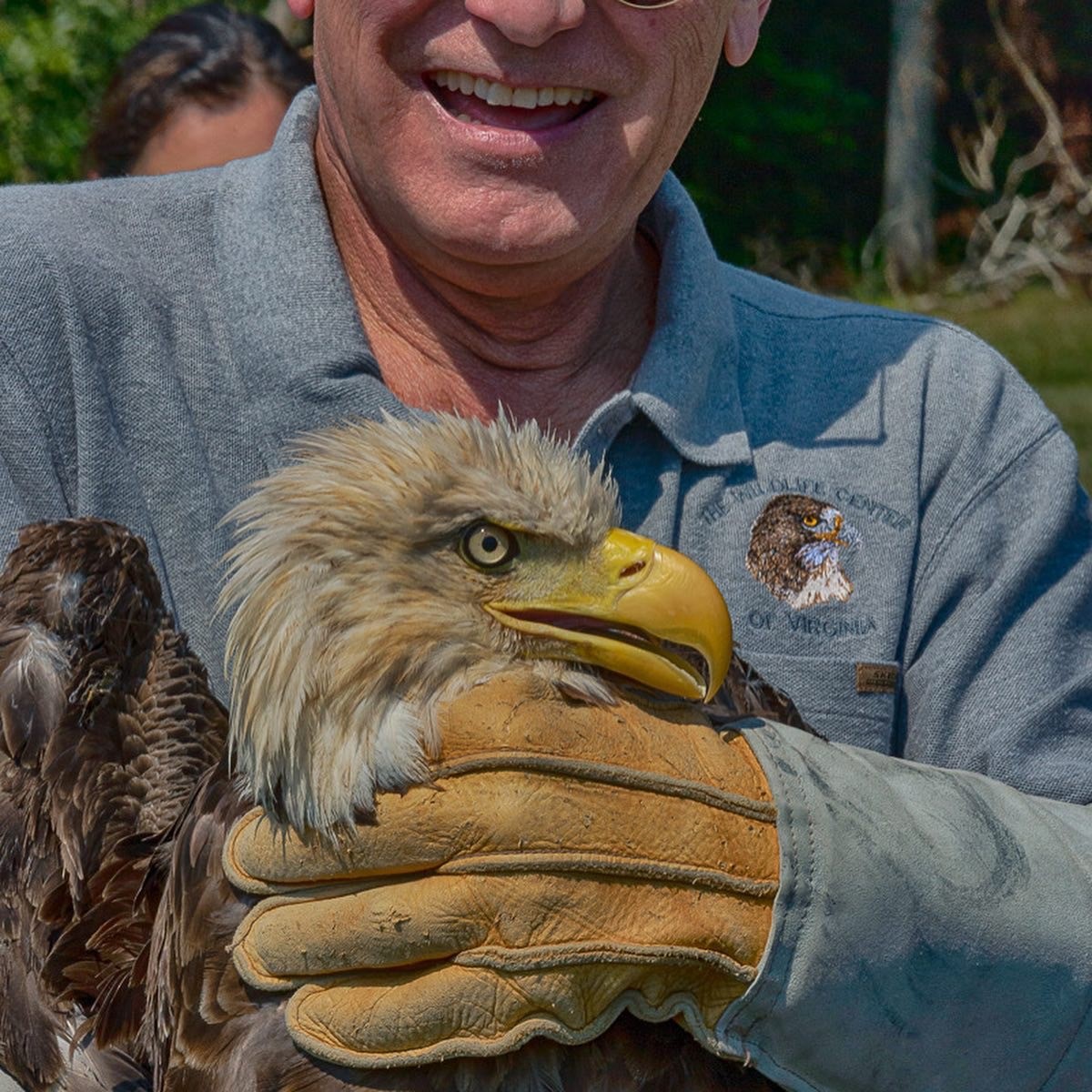 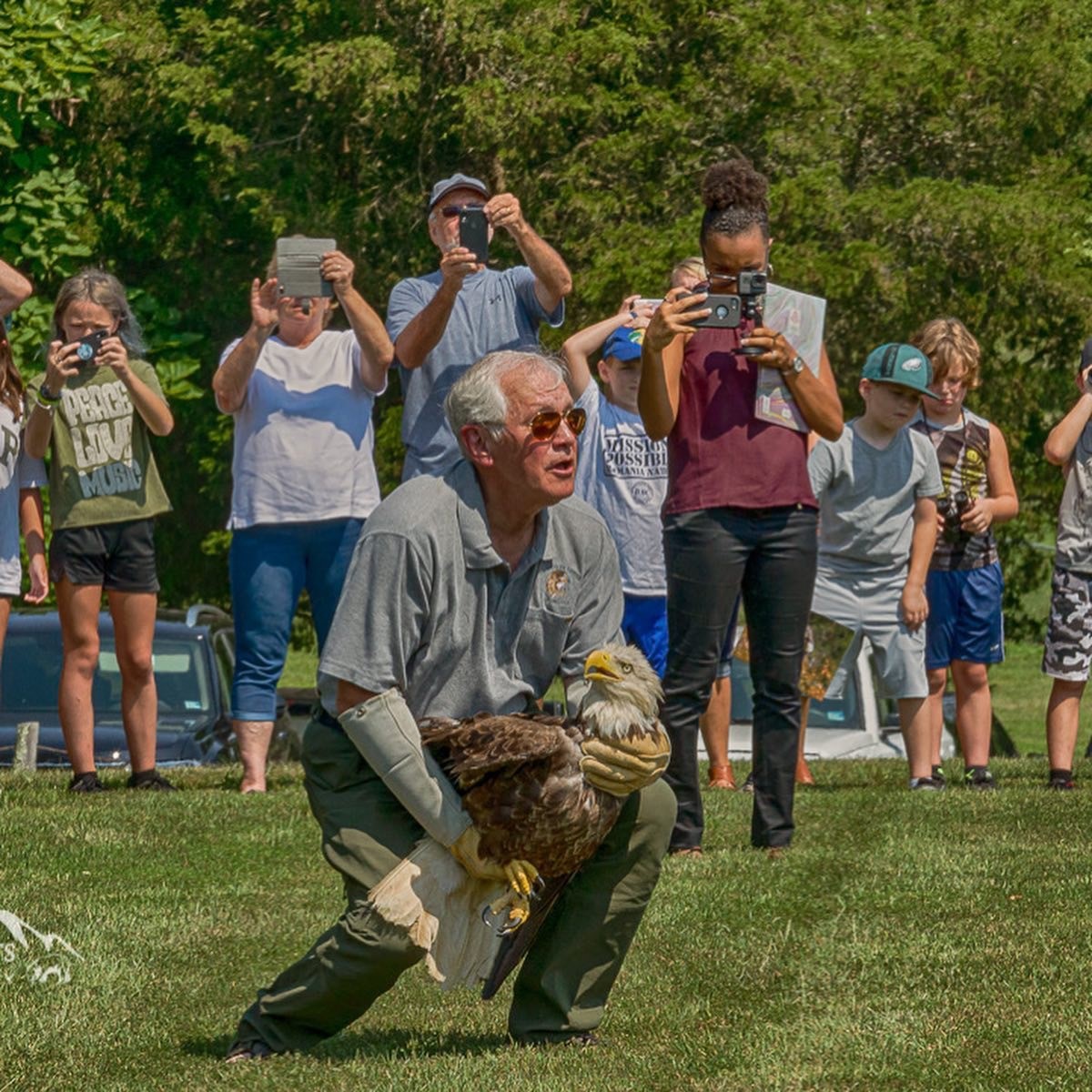 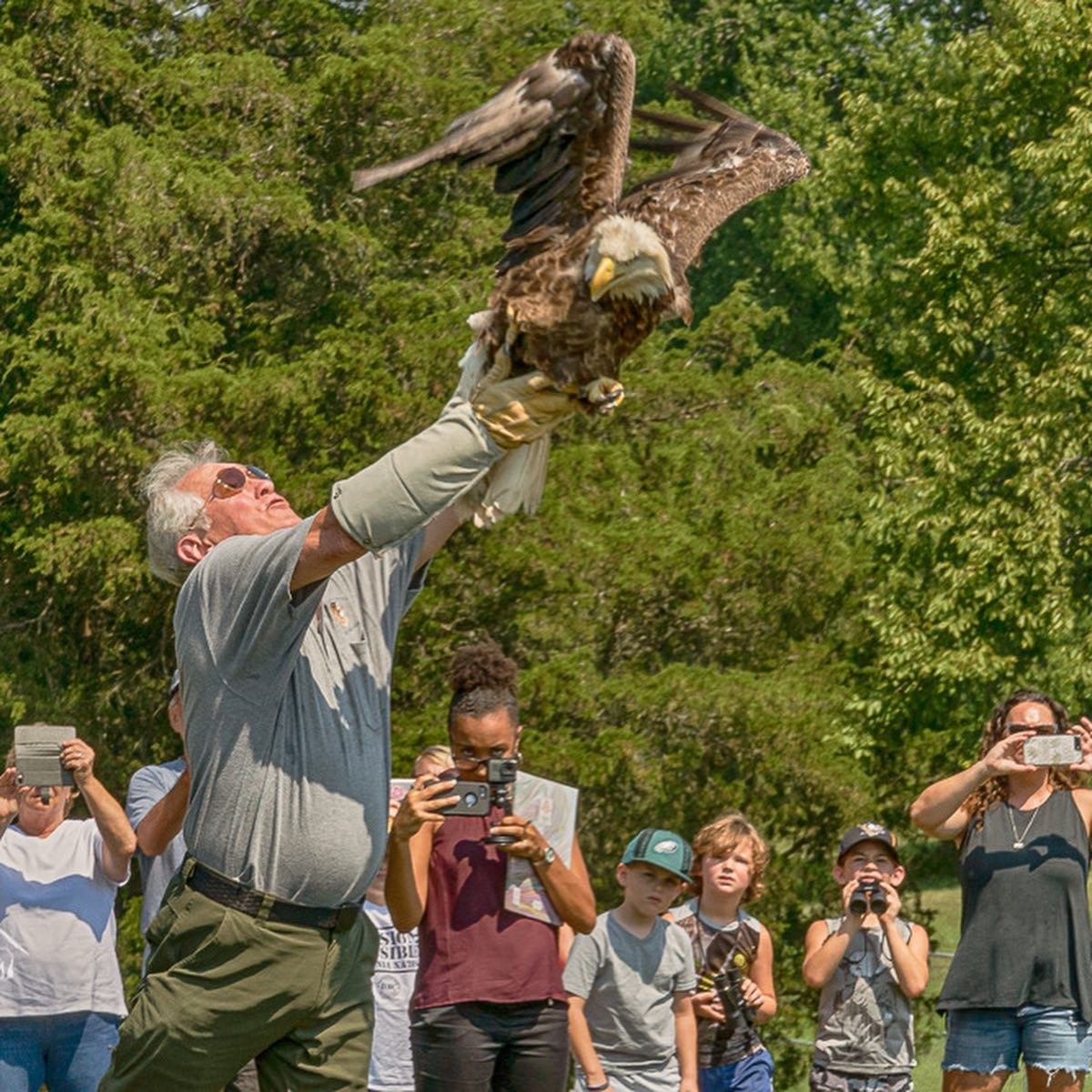 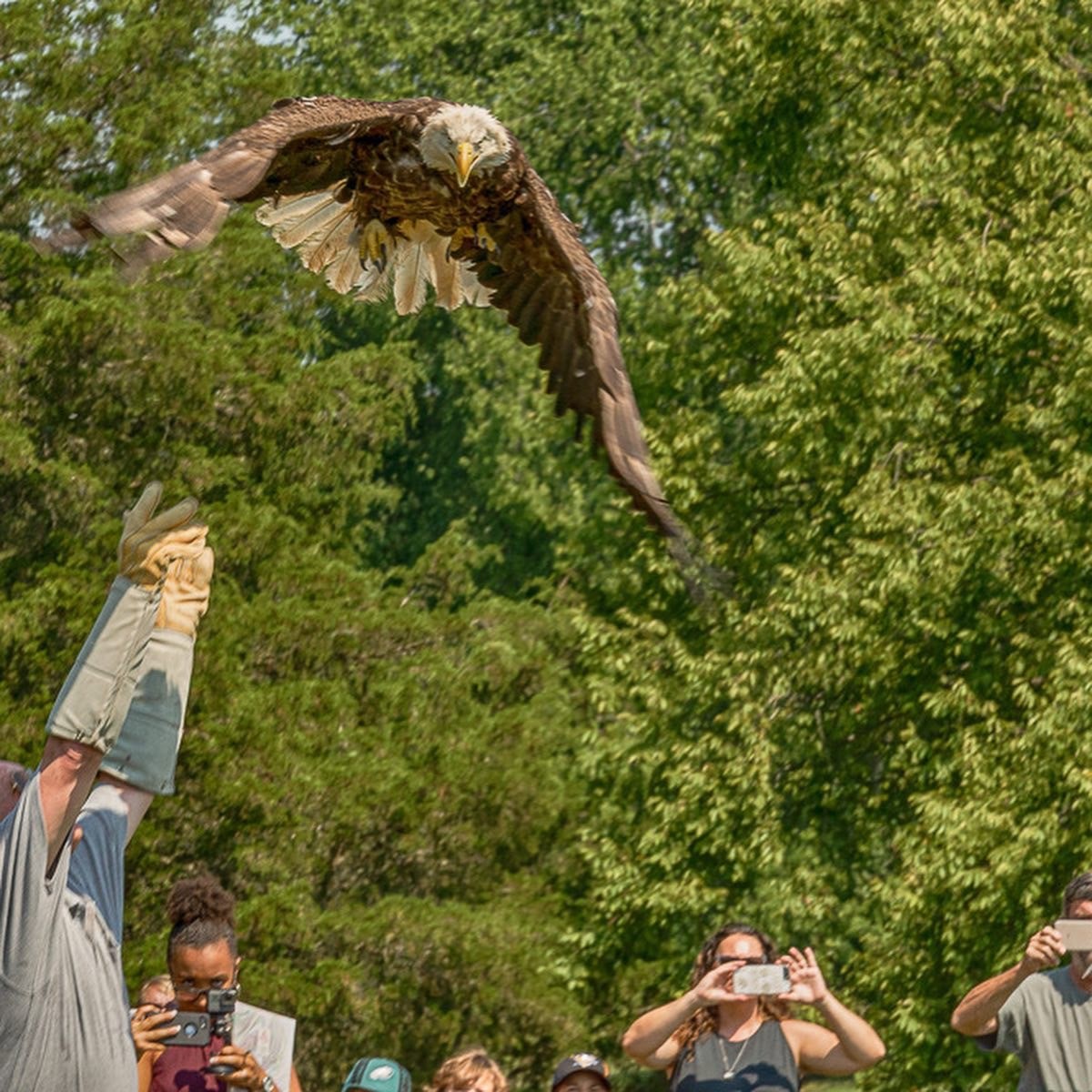 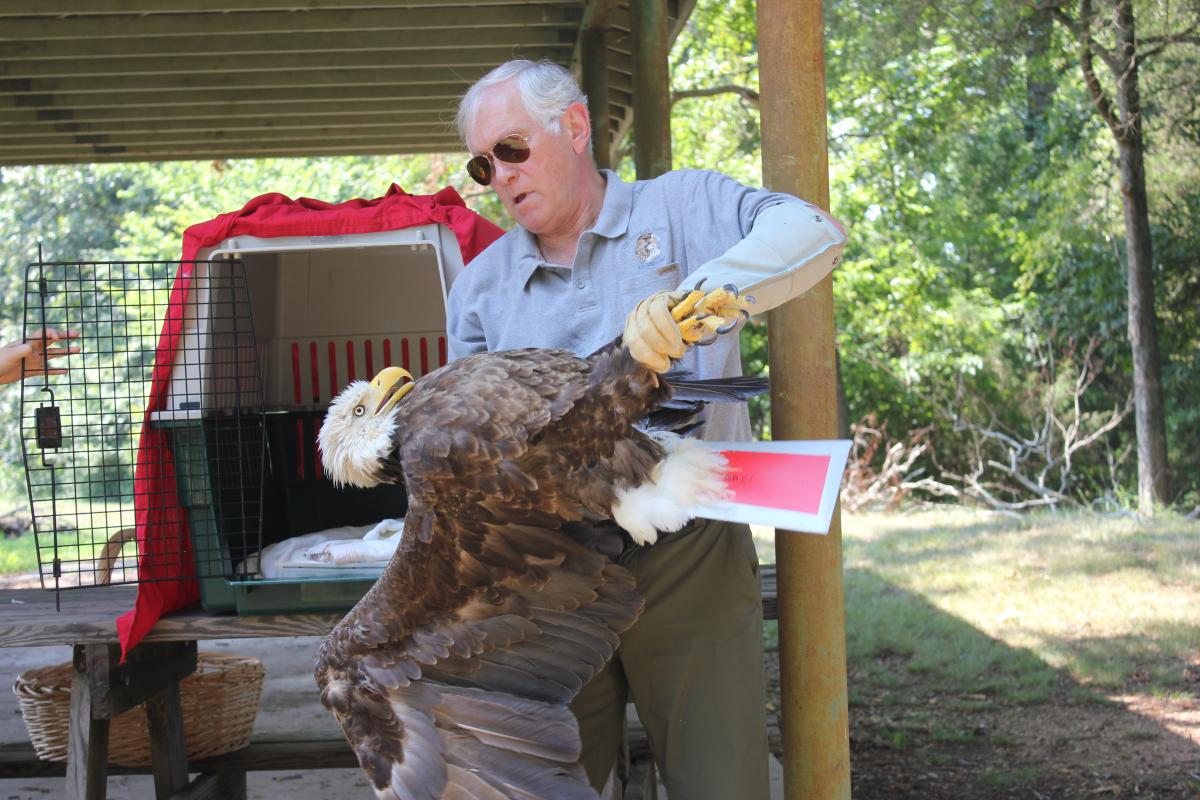 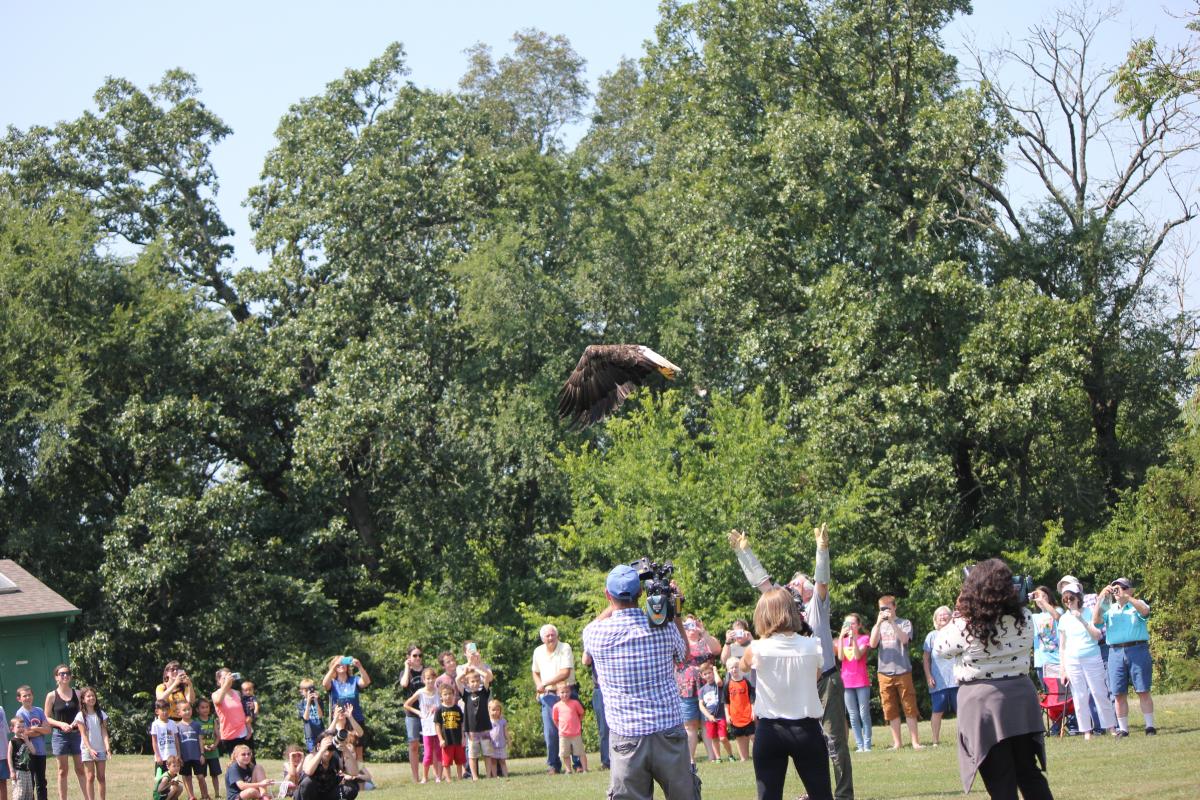 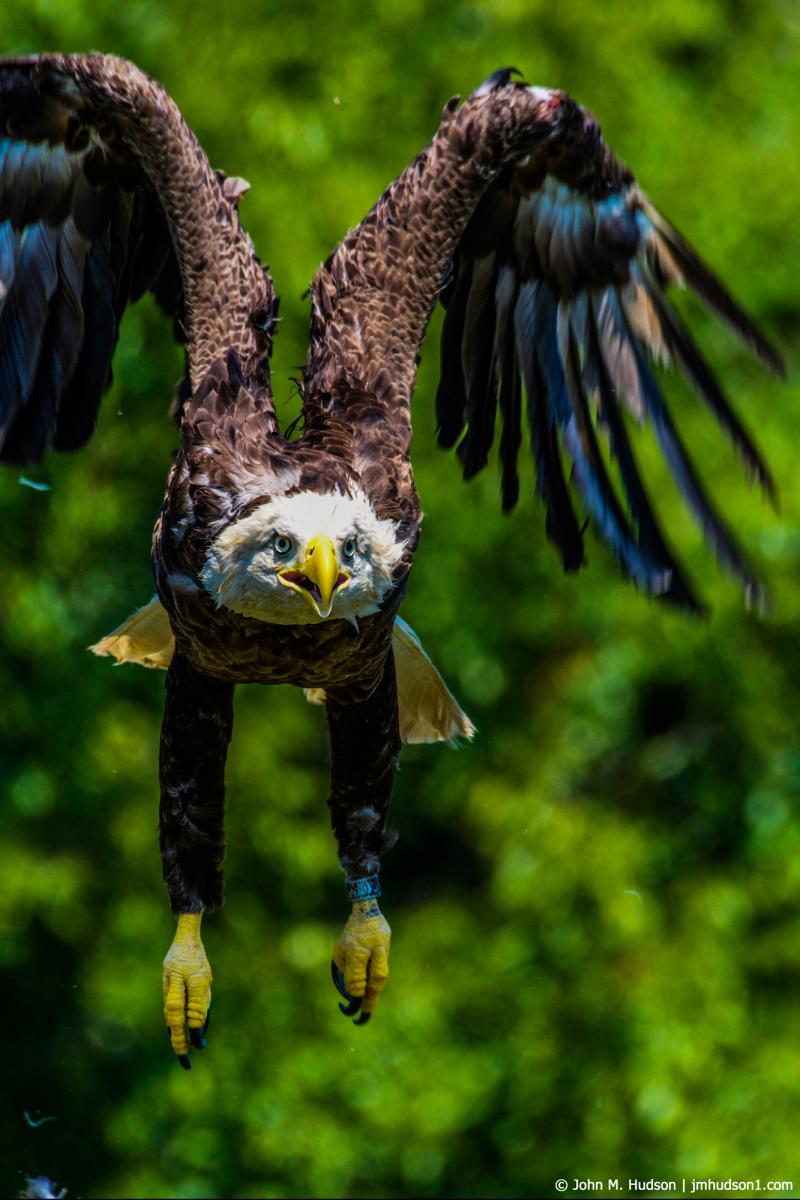 Bald Eagle Release in the news:

Bald eagle released back into wild after ingesting toxin in Campbell County, WSET-TV

Bald eagle released back into wild after rehabilitation, WDBJ7

Bald eagle released back into Campbell County after brush with death, Newsadvance

On Monday afternoon, the Wildlife Center received a little more information about the history of Bald Eagle 19-1560. The eagle was treated as a patient at the Carolina Raptor Center in May 2012. The juvenile eaglet was very emaciated at that time, and was treated, fed, and moved to a hack tower within two weeks. The team observed her for at least three weeks as she periodically returned to the tower for food.

Bald Eagle #19-1560 is ready for release! After additional exercise and pre-release blood work, the veterinary and rehabilitation staff declared that this eagle was ready to be returned to the wild. At this point, the state eagle biologist does not have any available transmitters, so the eagle will be released without one on Tuesday, July 30 at 11:00 a.m. at Long Island Park in Campbell County.

Wildlife Center President Ed Clark will release the eagle; the release is free and open to the public. If you’d like to attend, please RSVP to rsvp@wildlifecenter.org; please indicate if you’re attending the Long Island Park/Campbell County release or Friday’s Caledon release. There is one road in the park; attendees should take the road past the turn-ff to the boat landing to the park area at the end of the road. Restrooms are nearby.  [801 Railroad Ave]. 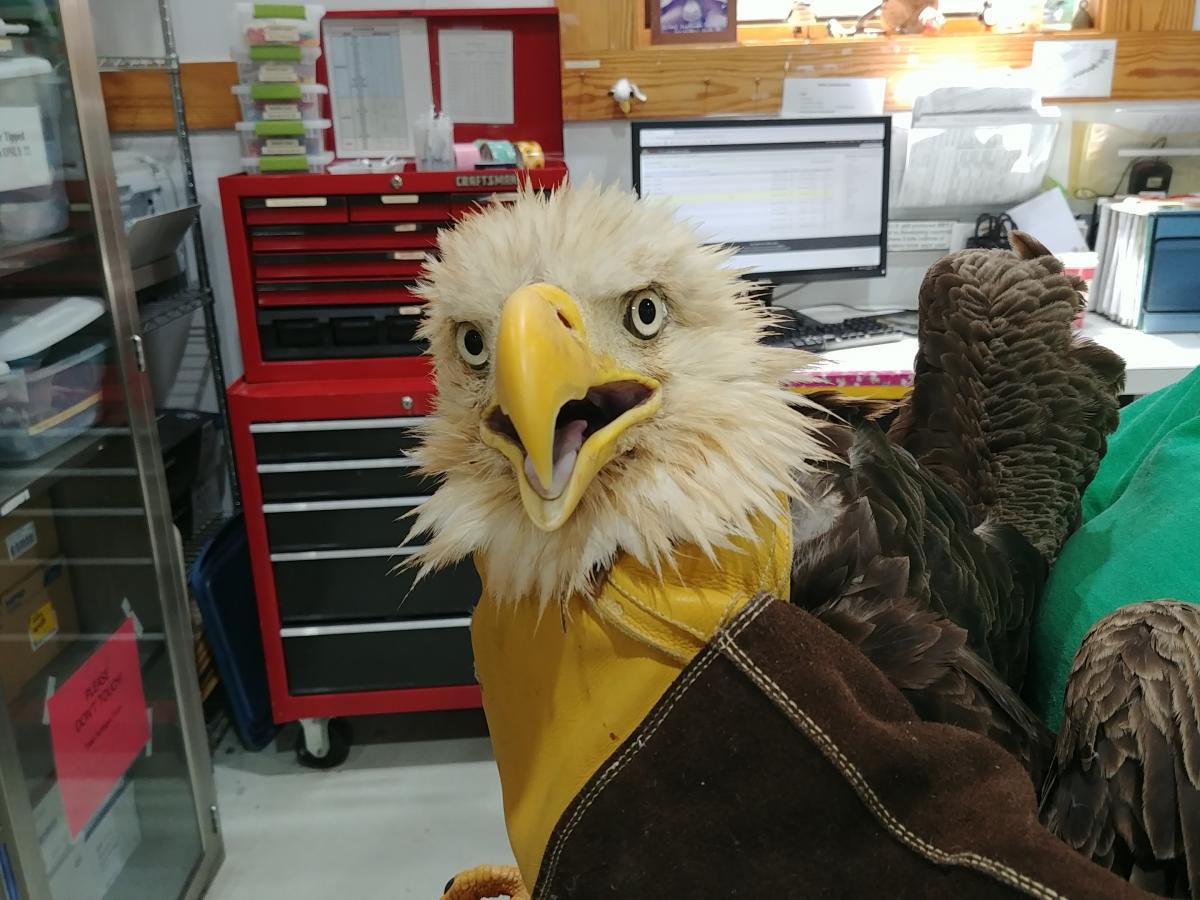 Bald Eagle #19-1560 has been flying well during daily exercise, though recent high heat and humidity have made it difficult to push the eagle each day. Wildlife rehabilitator Kelsey feels that the eagle is flying well and should soon be able to be released. She’s contacting the state eagle biologist to see if he’d like to place a GPS transmitter on this eagle prior to release.

Bald Eagle #19-1560 finished her course of lead treatment late last week; a follow-up lead analysis on June 30 revealed a “low” level, indicating that the oral treatment successfully removed lead from the bird’s system. The eagle was moved to FP4 following her diagnostic test, and on July 2, was moved to flight pen A3.

Bald Eagle #19-1560 continued to make improvements in the week following her admission and by June 19, was cleared to move to a small outdoor enclosure.

Eagle #19-1560’s initial lead test was 0.03 ppm, and a repeat test five days later revealed a slightly increased value of 0.051 ppm. Because lead can be stored in the bones and released later, birds with any level of lead are tested multiple times at the Center. The veterinarians have recently decided to administer an oral lead treatment for birds with a “subclinical” level of lead. The oral treatment is easier on a bird’s kidneys than the injectable chelation therapy that “clinical” lead birds receive and should further help the recovery of eagles at the Center.

The veterinary team began a five-day course of oral lead treatment on June 25.