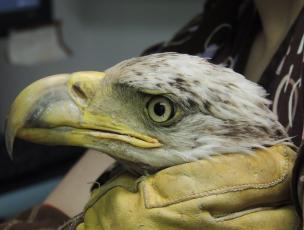 On Friday, April 17, the Wildlife Center admitted a four-year-old Bald Eagle – a bird that was a former patient at the Wildlife Center. Bald Eagle #11-1170 was first admitted to the Wildlife Center in June 2011, after she fell from her nest as a young bird. The eagle had damage to her tail feathers, which healed and grew back during the course of that summer. The bird was released at Mason Neck State Park in August 2011. Many Wildlife Center supporters will remember this bird as a contemporary of the “Rock Stars”. 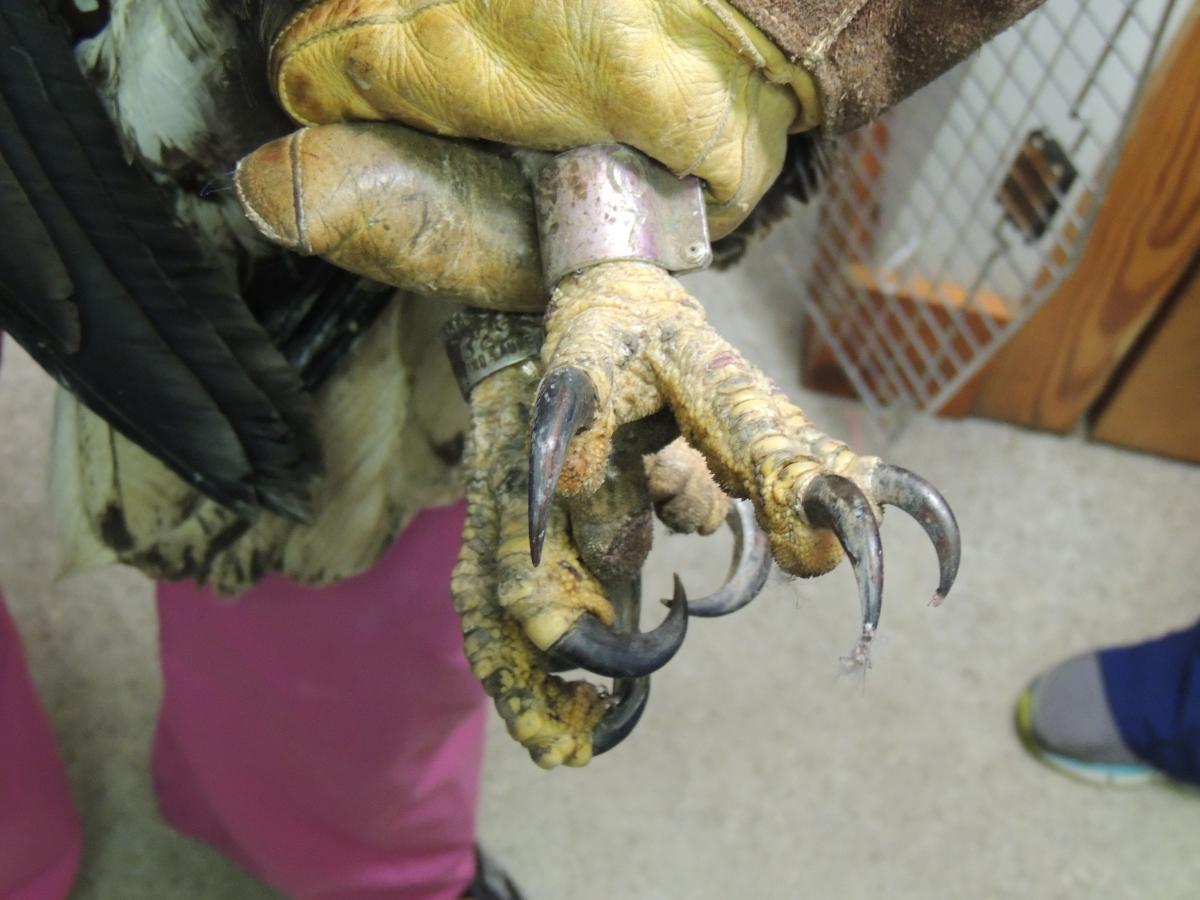 This past Friday, the Wildlife Center received a call from Quantico, a military base in Virginia, about an eagle that had been hit by a dump truck while feeding on a deer carcass. The bird was identified by her federal and state bands. Transport was found, and the injured eagle arrived at the Center in the late afternoon.

Dr. Meghan Feeney, the Center’s veterinary intern, examined the eagle when she arrived. The eagle was standing, though was drooping her left wing; there was a moderate amount of blood in the transport container. Dr. Meghan found that the eagle had a large laceration on the left wing, with muscle and bone exposure. Radiographs confirmed an “comminuted”, open fracture of the left humerus, meaning that the eagle’s wing bone had fractured into multiple fragments, and the bone had broken through the skin. Radiographs also revealed a fracture of the left ulna and a collapsed elbow joint. Sadly, due to the location of the fracture and severe injury to the elbow joint, surgery was not possible, and the eagle was humanely euthanized. 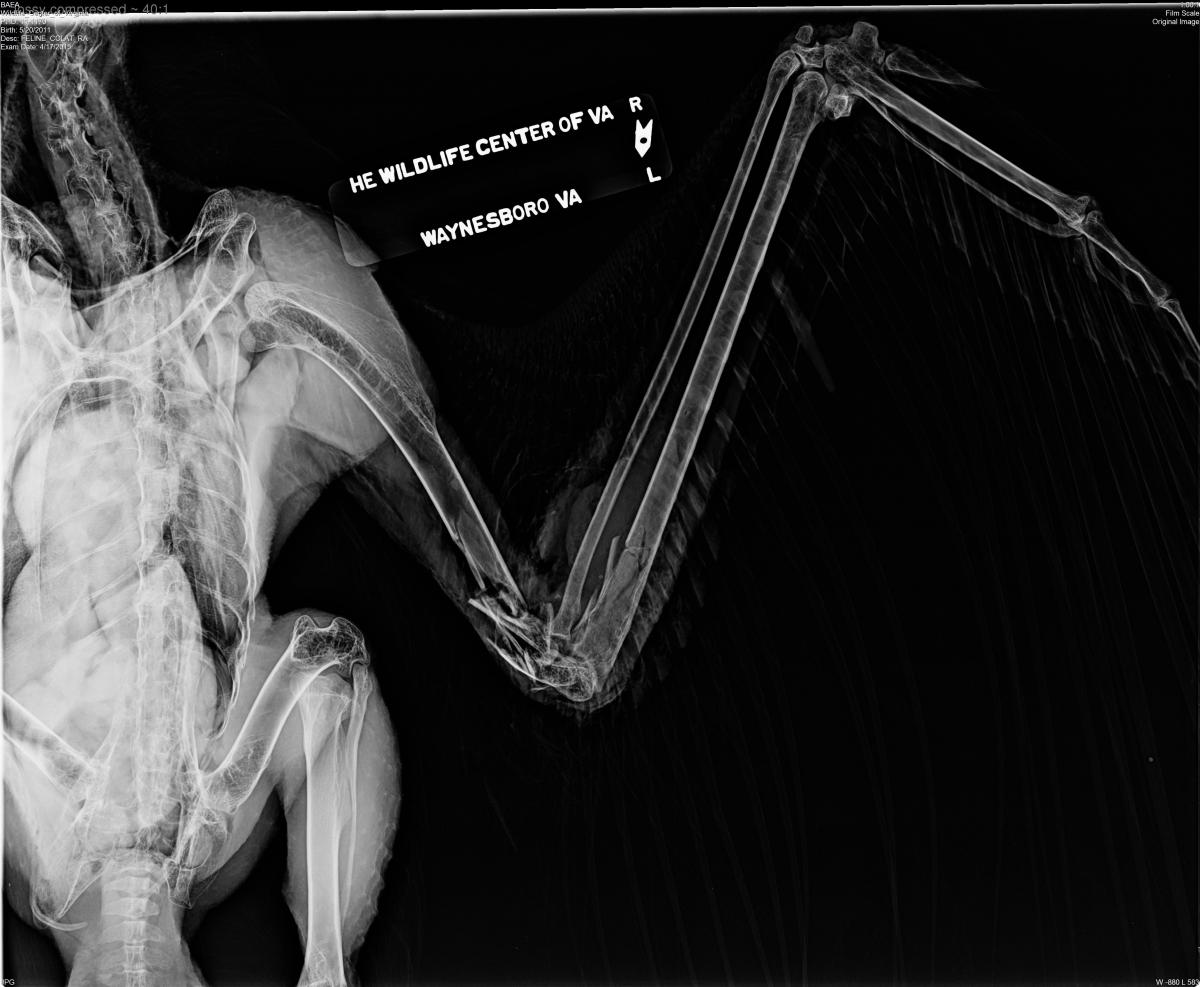 The veterinary team also noted two pellets on radiographs -- one above the tail, and the other near the right ulna. There were also changes to the right ulna, indicated that the eagle sustained previous trauma that had healed. It’s likely that the bird’s ulna was fractured from a gunshot wound. 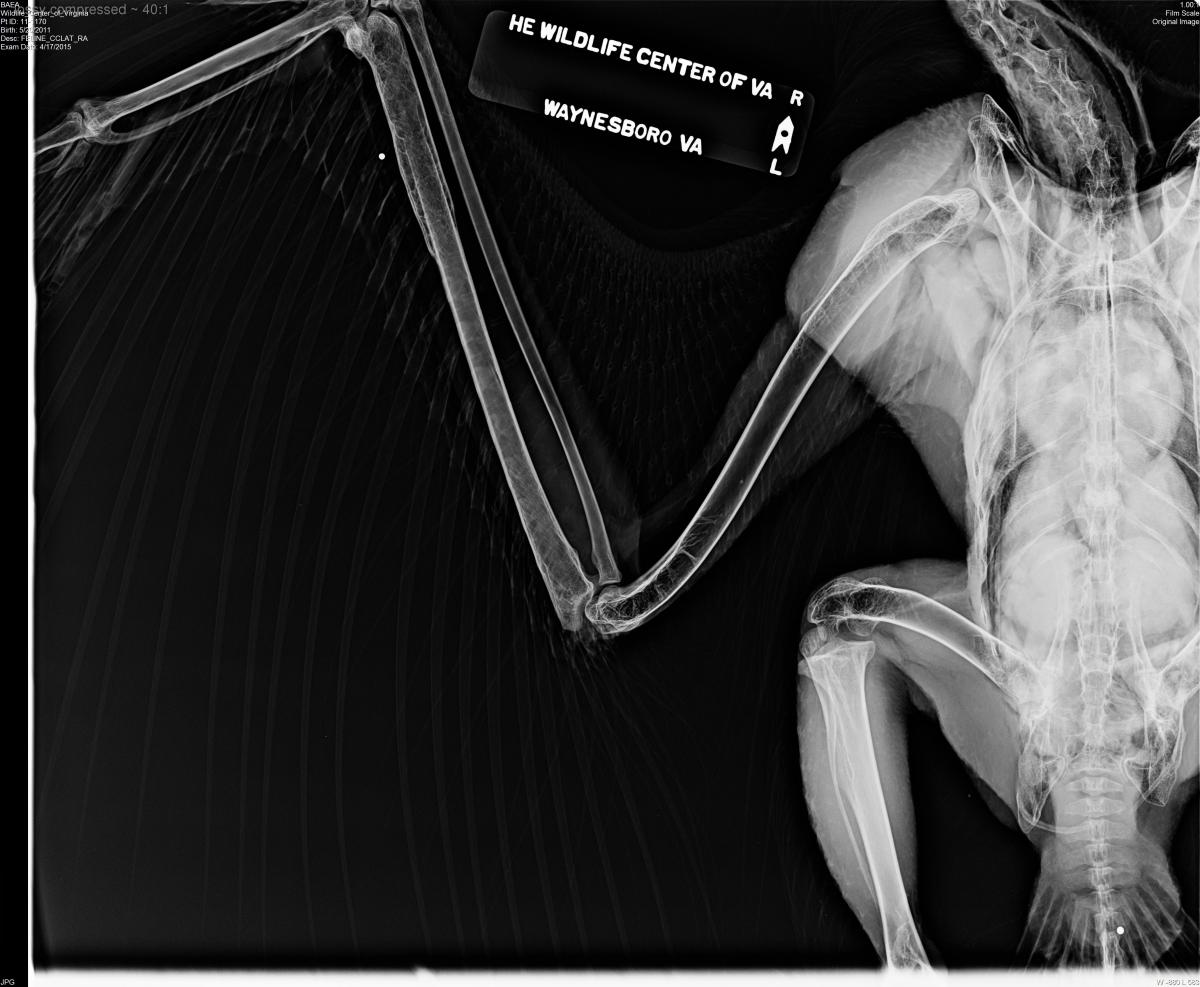