On November 17, Bald Eagle "NZ" -- one of the original "Rock Star" Norfolk Botanical Garden eaglets that the Wildlife Center rehabilitated and released in 2011 -- was found injured with a broken leg in King George County. The eagle was picked up by the sheriff and taken to Alton's Keep in Suffolk, Virginia, where permitted rehabilitator Harley Thomas White examined the bird and bandaged her leg. The eagle was flown to the Wildlife Center of Virginia on the morning of November 20, for further examination and surgery.

Wildlife Center President Ed Clark met pilots Tim and Dick at the Eagle's Nest Airport in Waynesboro, and development associate Marley met Ed there to drive NZ to the Center. The eagle arrived safely and was readmitted to the Center's patient database with her same number -- #11-0474 -- that she had back in April 2011. 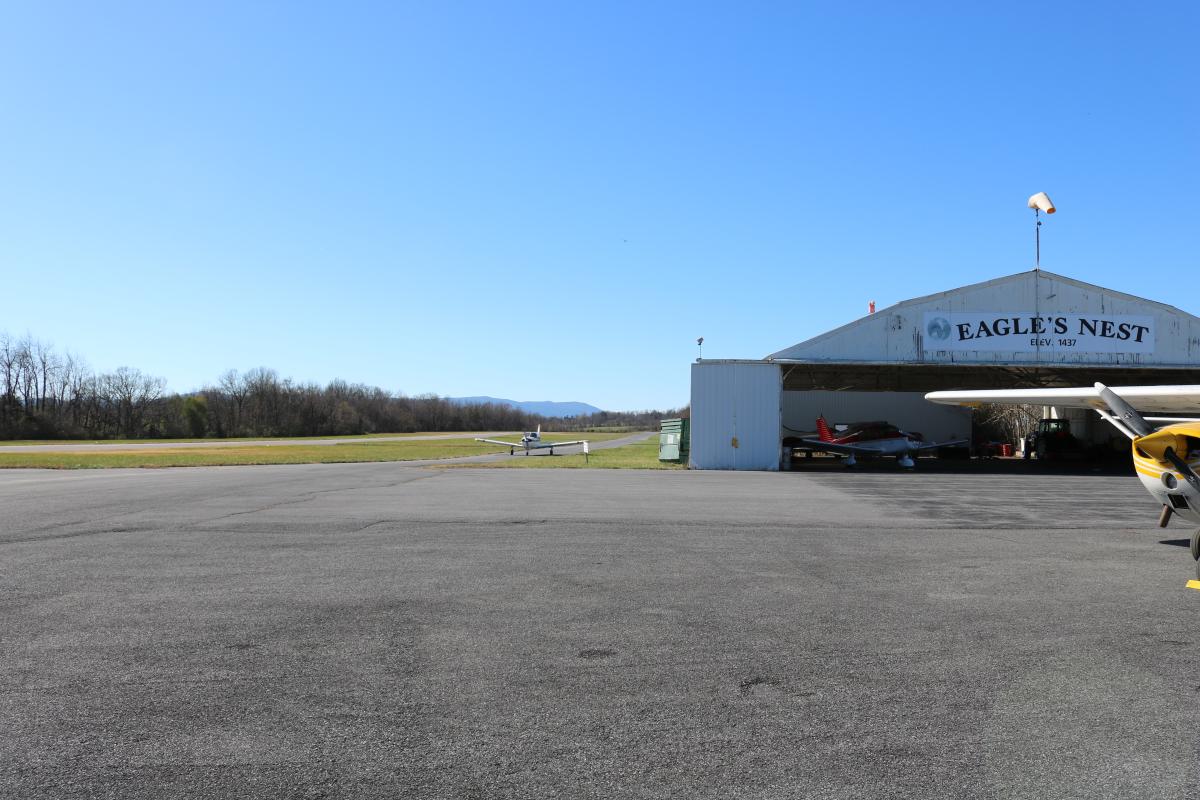 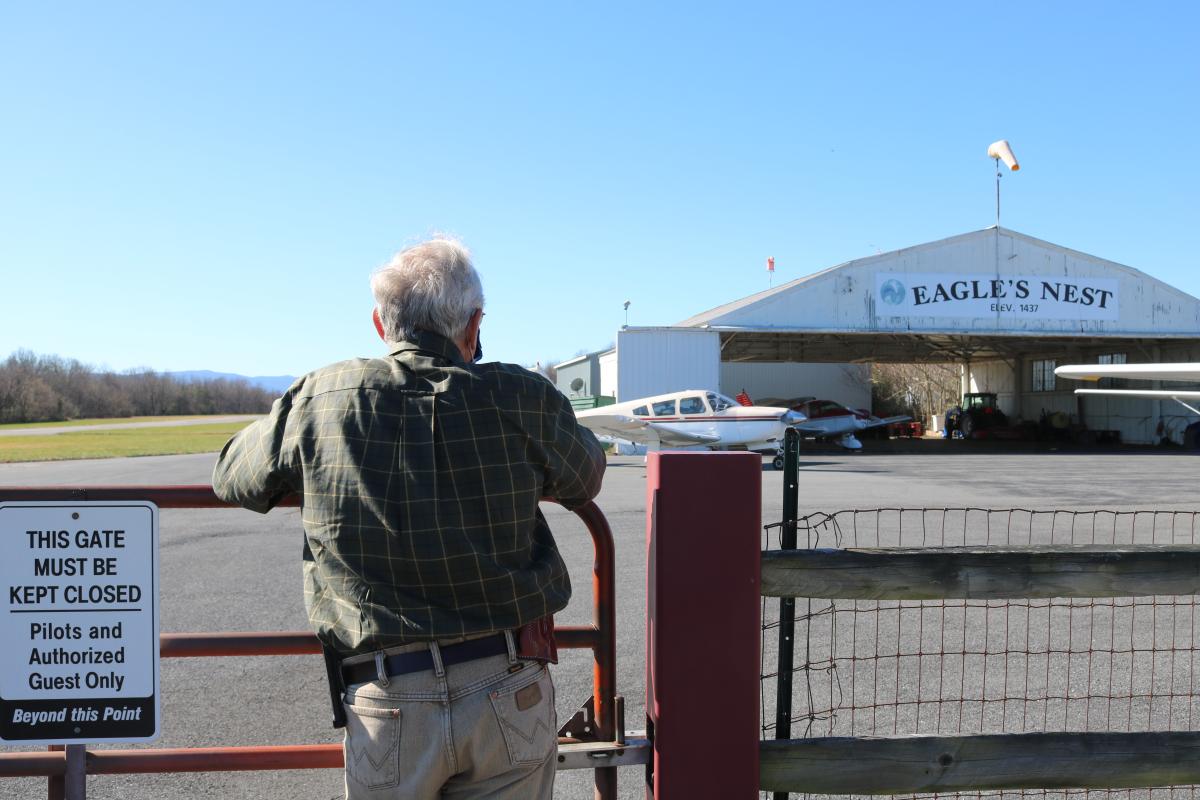 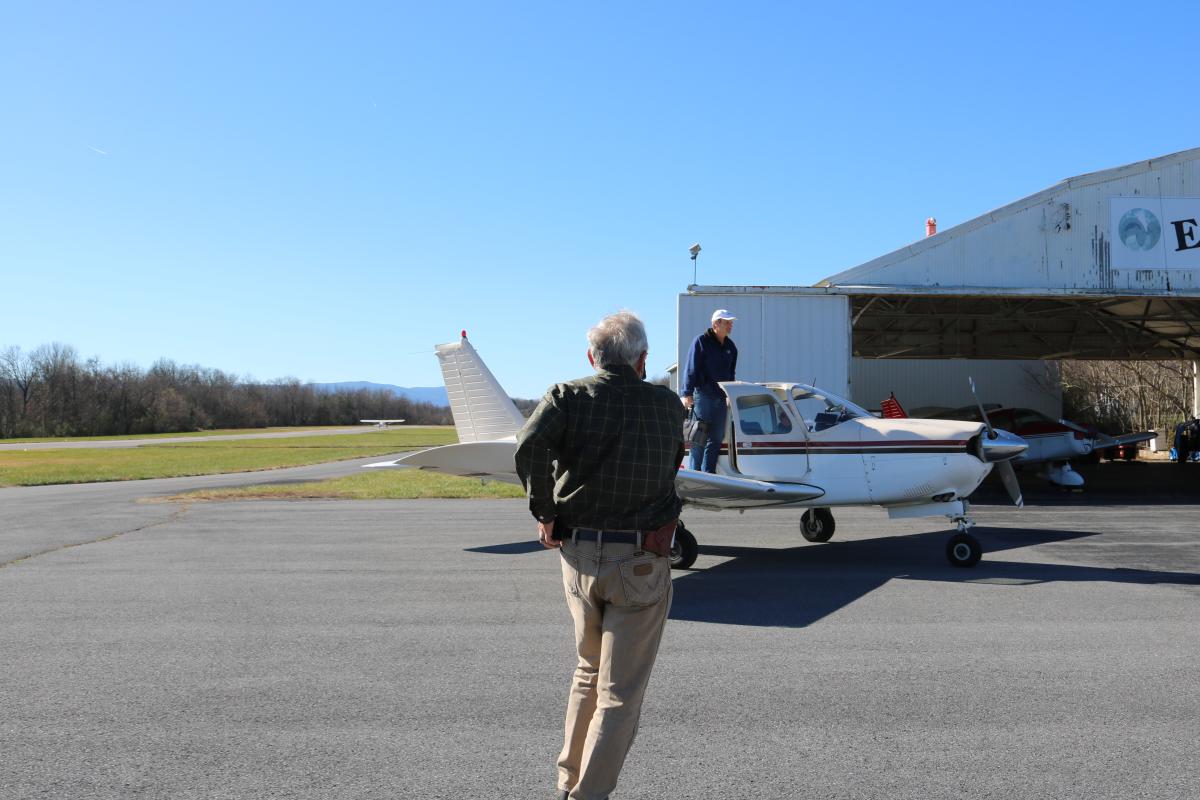 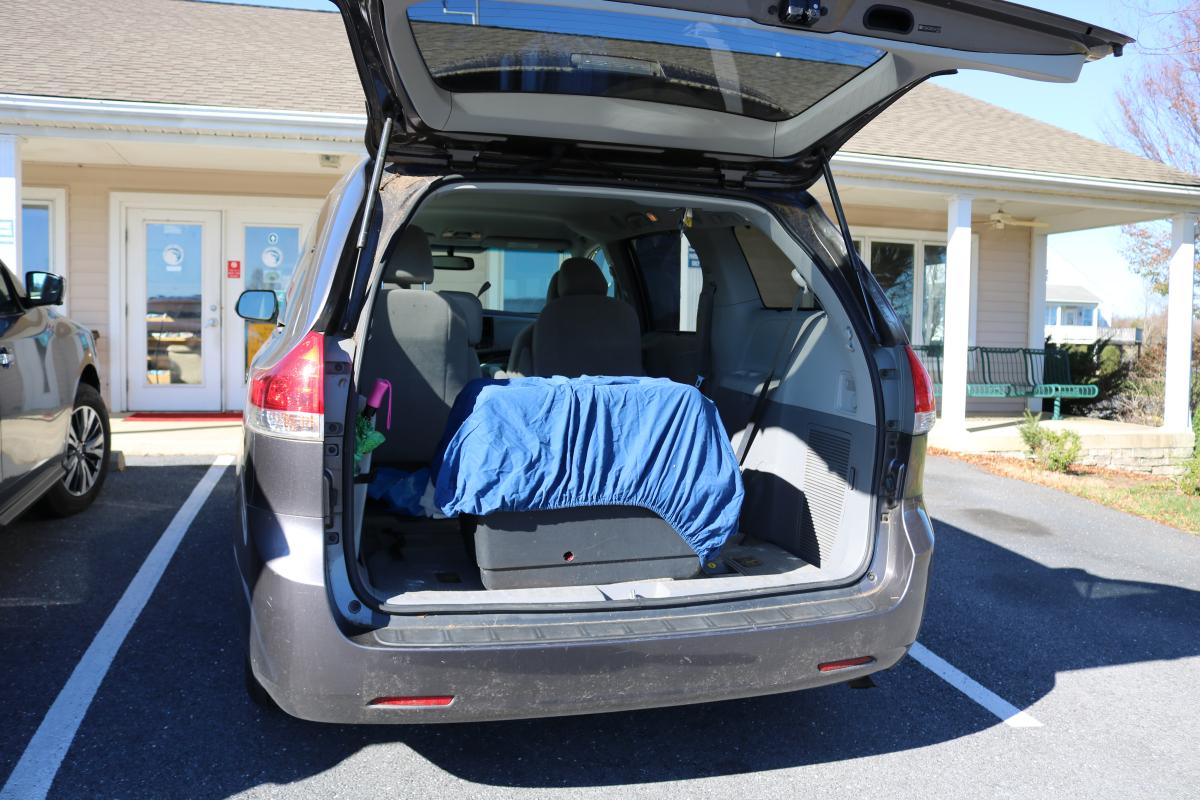 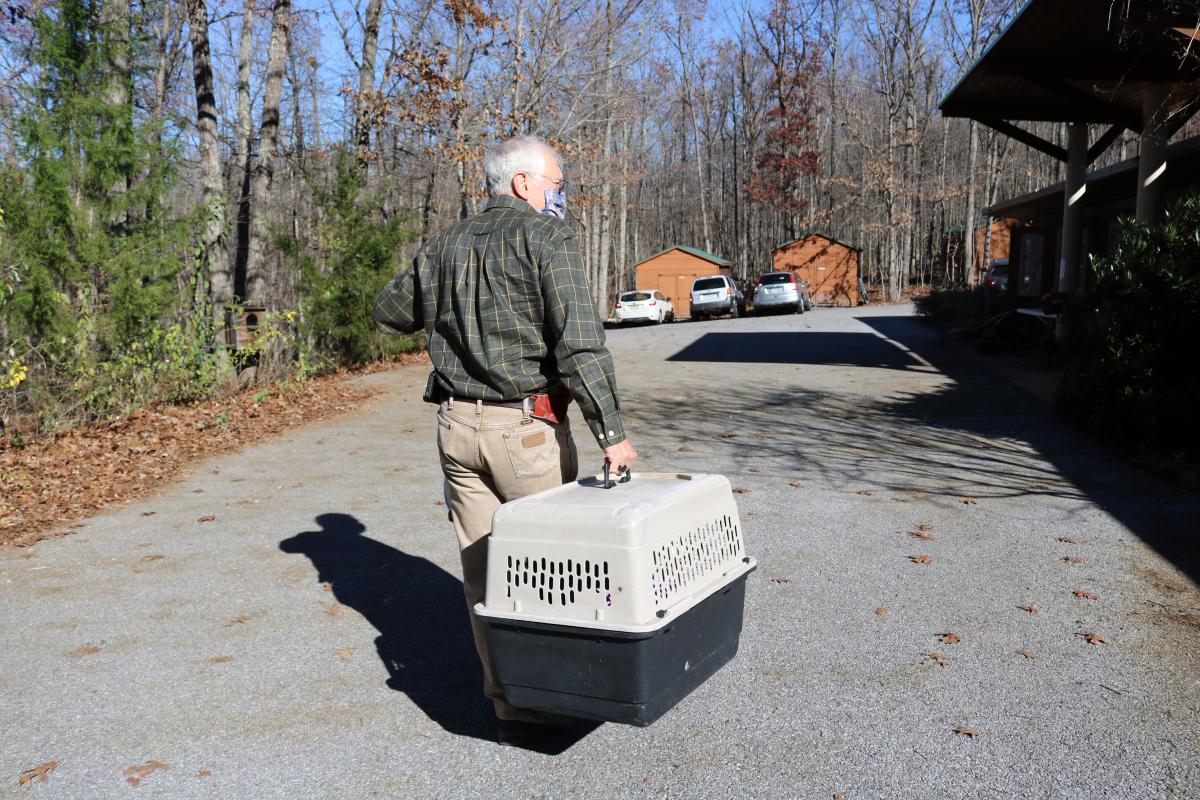 The Center's interim veterinary director, Dr. Karra, will allow the eagle to de-stress in a dark, quiet place and then will perform a physical examination this afternoon.

Your donation will help provide veterinary medical care to this injured Bald Eagle -- and more than 3,600 wild animals that will be admitted to the Center this year.

After much evaluation and discussion, the veterinary team made the difficult decision to euthanize Bald Eagle NZ, #11-0474. Due to the severity of her injuries, the eagle would never be able to be released back into the wild. The eagle's right leg fracture was open and contaminated; while that leg fracture may have been surgically repairable, NZ's right-wing injury was severe. The trauma to NZ's wingtip caused all of the small, delicate bones in the end of her wing to fracture into multiple pieces; the soft tissue and bones were infected, and the bone fragments had already started to die. Dr. Karra estimates that the trauma to NZ occurred about five to seven days ago. Sadly, there is no treatment possible to salvage the dead, infected bones, which means NZ could never be returned to the wild. NZ was also very thin, with a body condition of 1/5, and a blood lead level of 0.1 ppm.

The Center staff are deeply saddened by the outcome, given the history with this "rock star" patient; she was first admitted with her siblings more than nine years ago, in the spring of 2011. However, it's comforting to know that NZ has been in the wild for nine years, living her life as a wild eagle should. 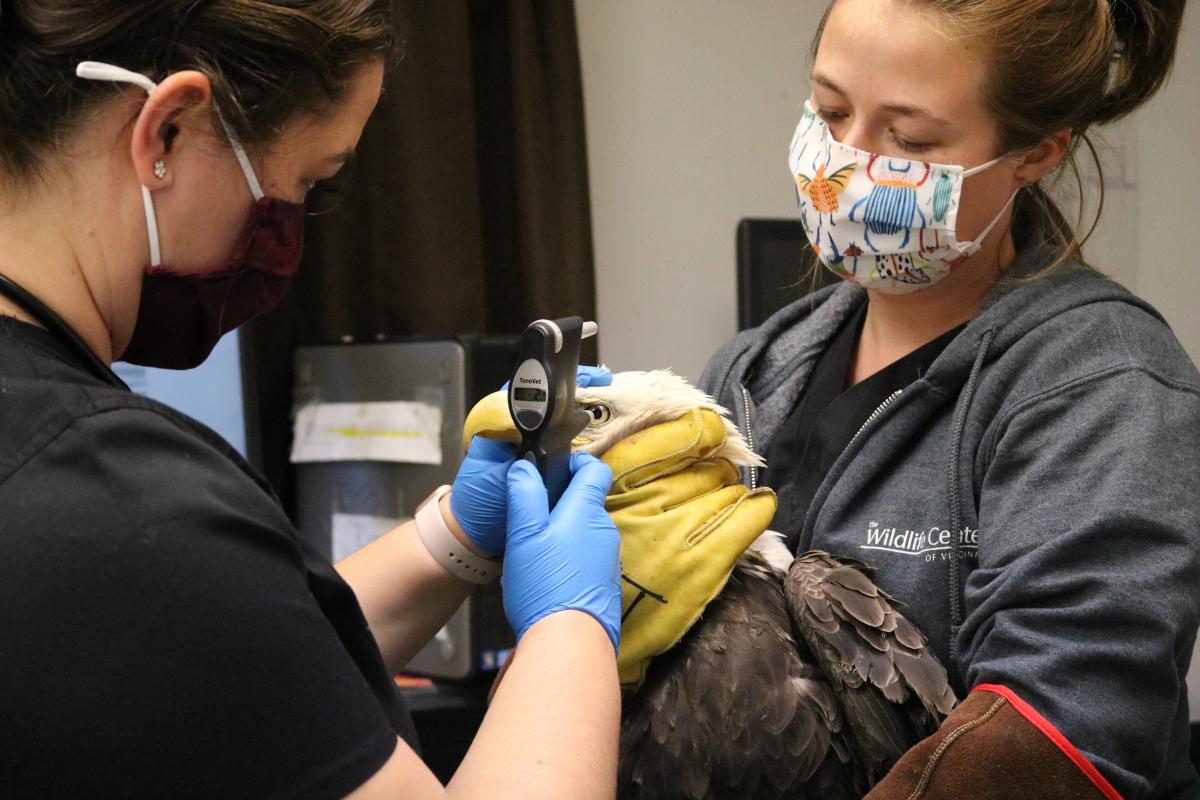 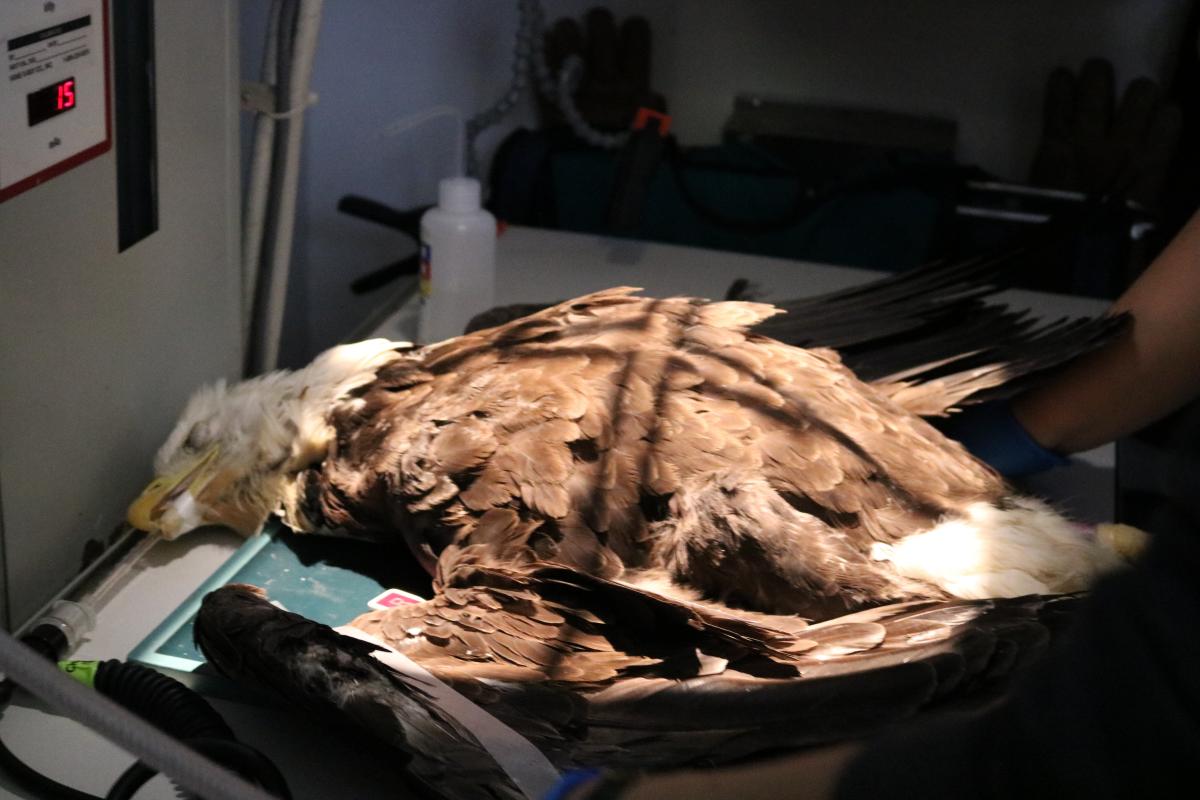 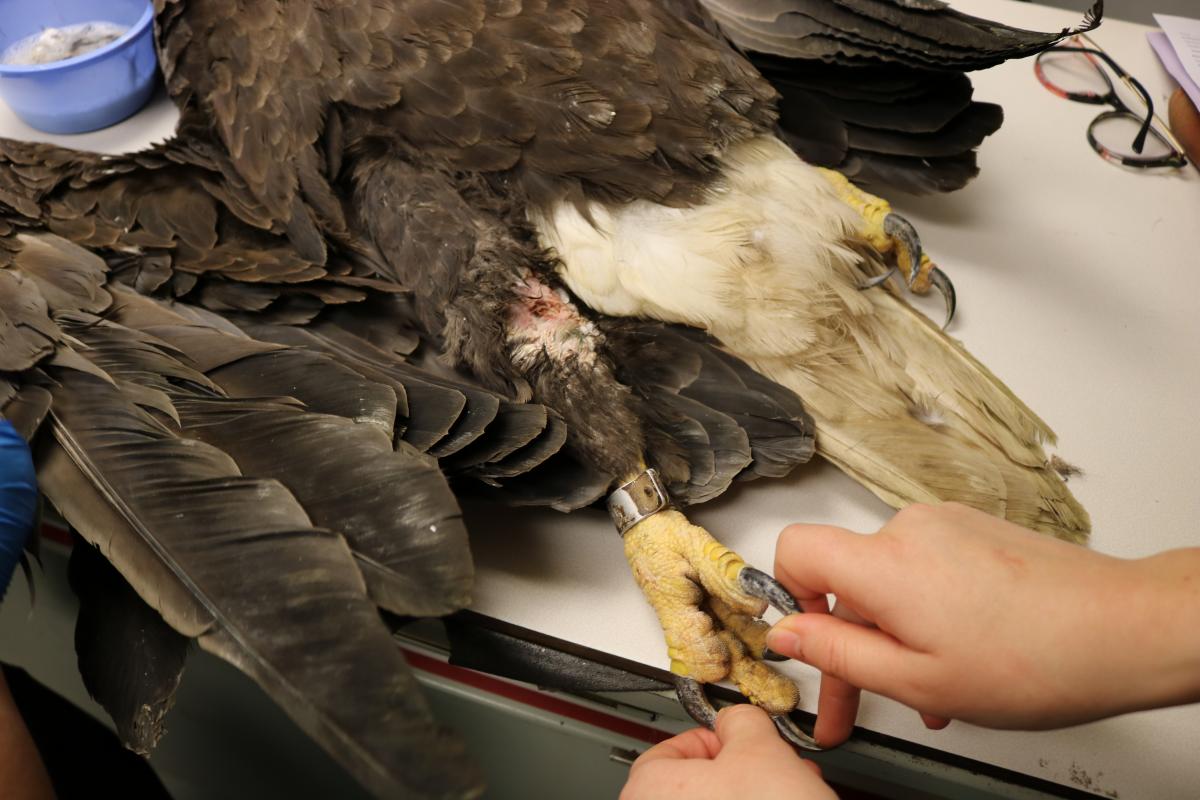 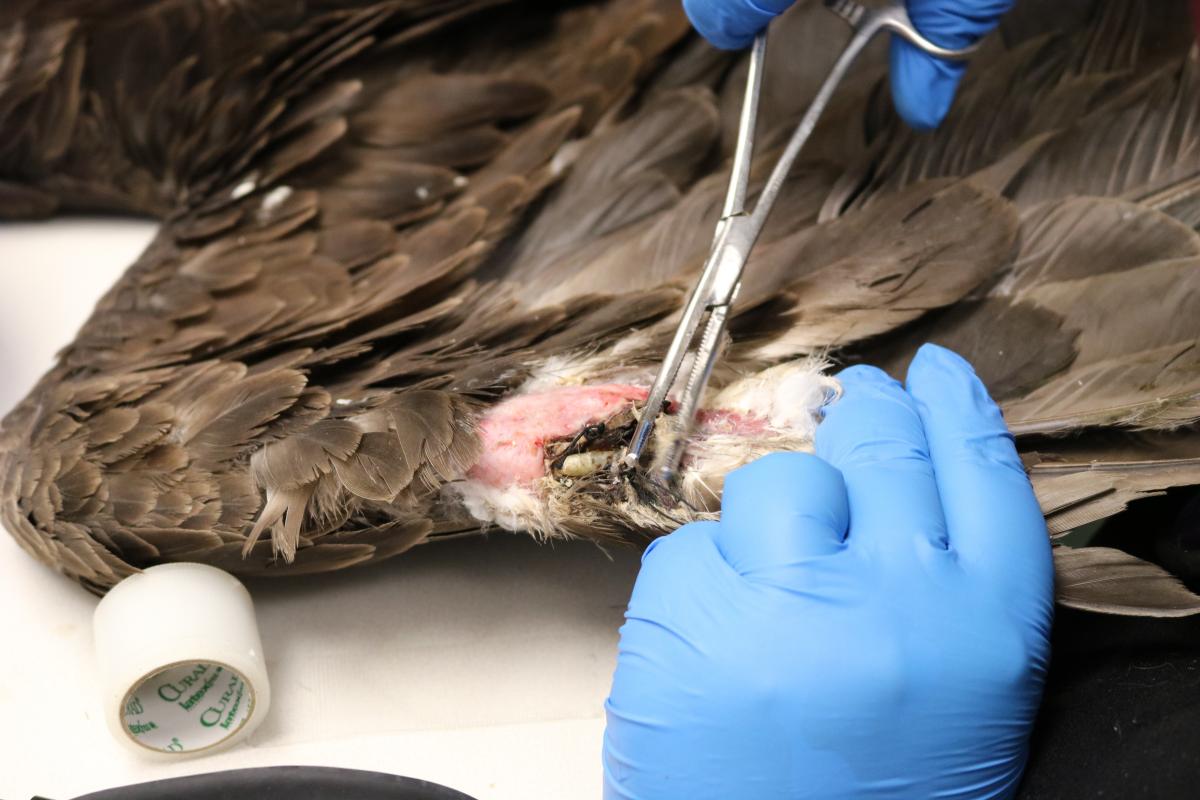 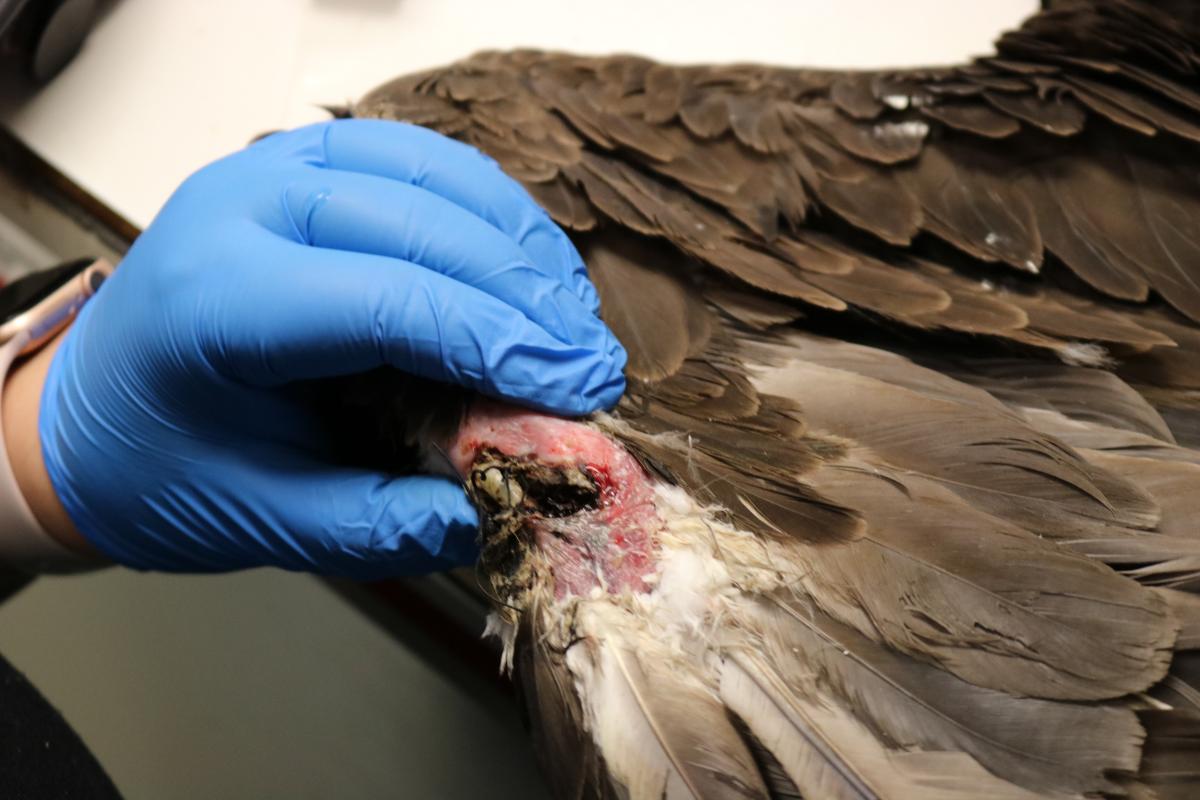 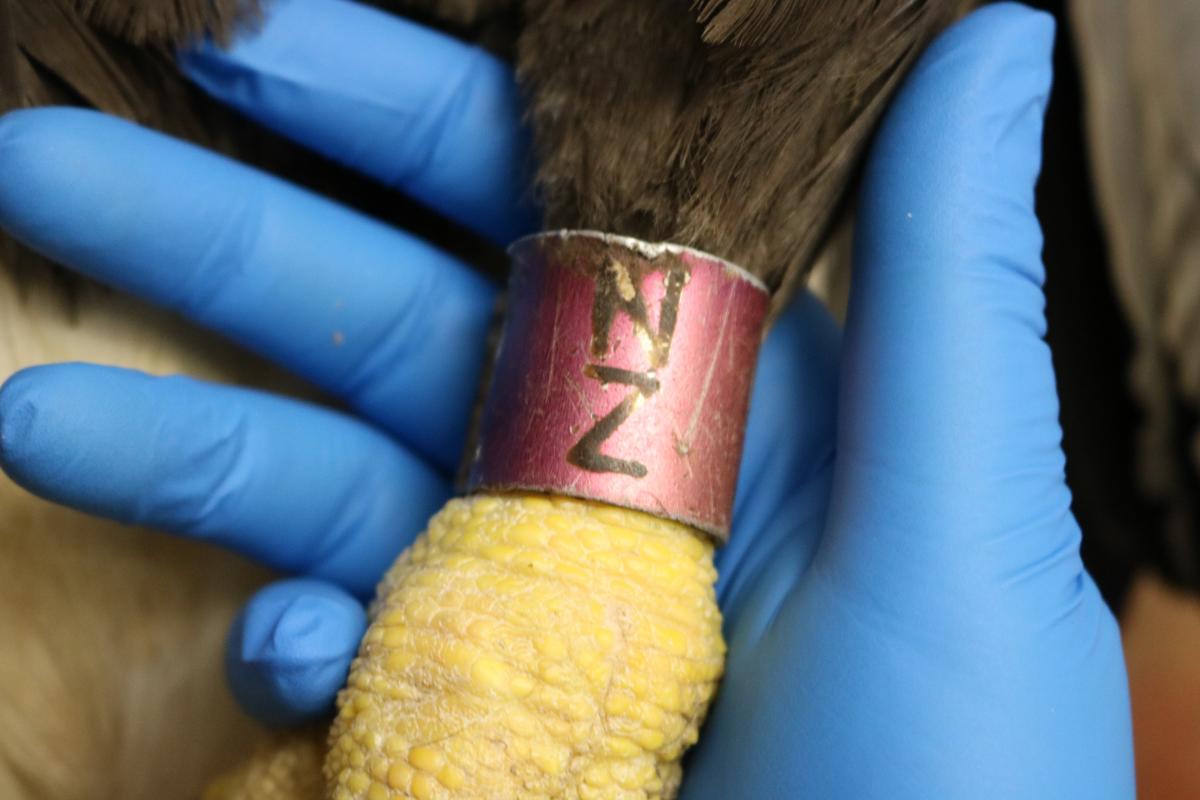 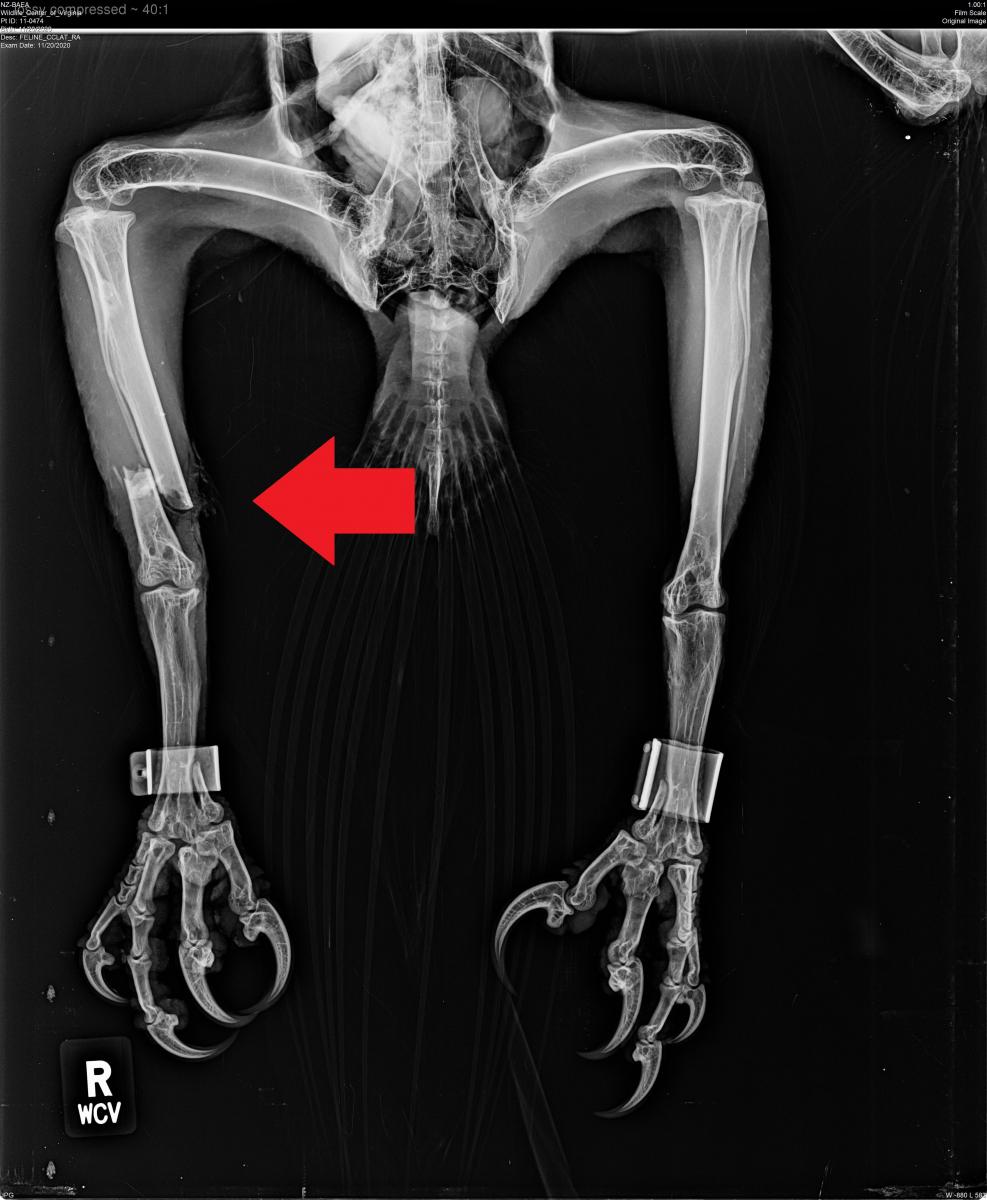 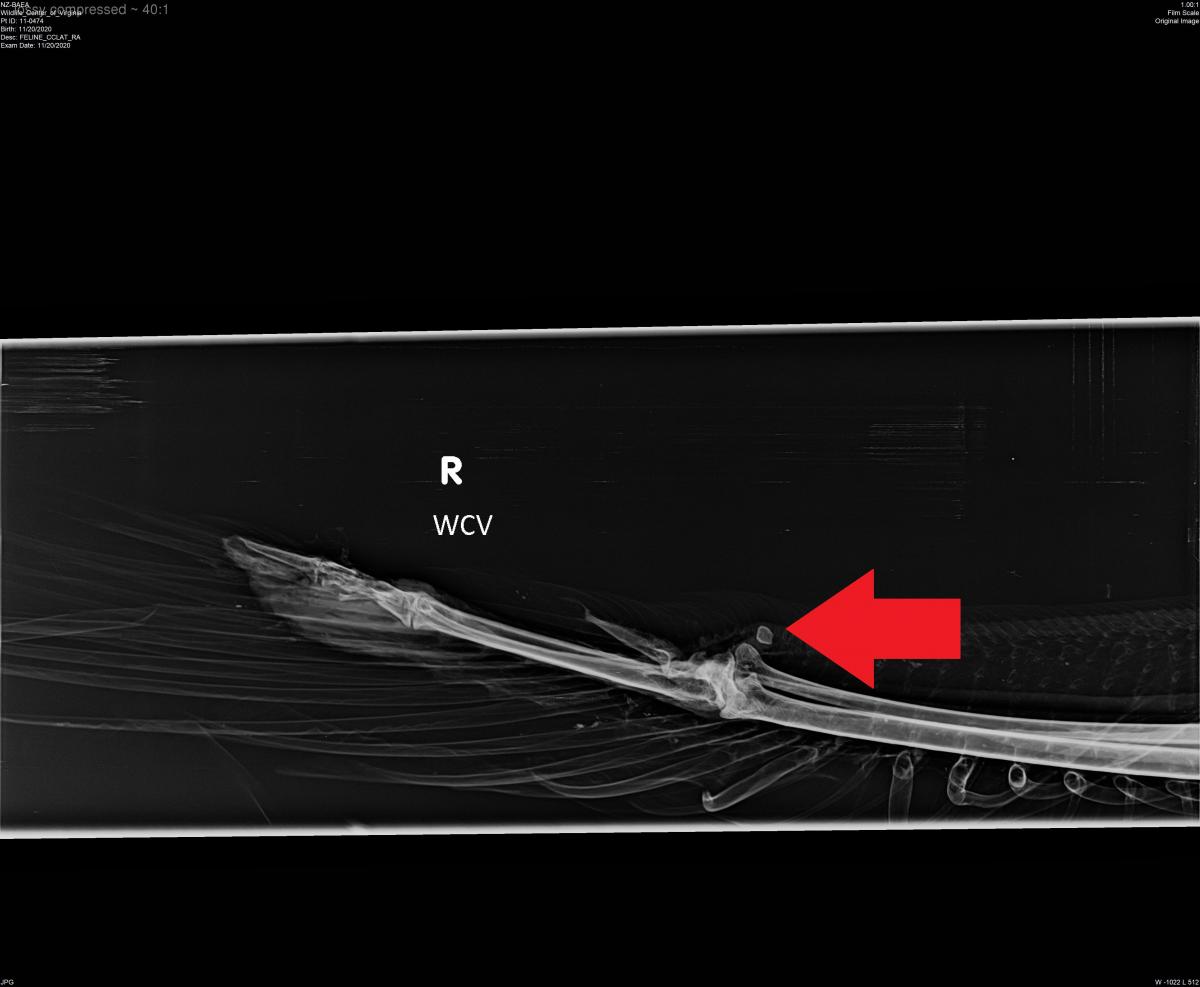 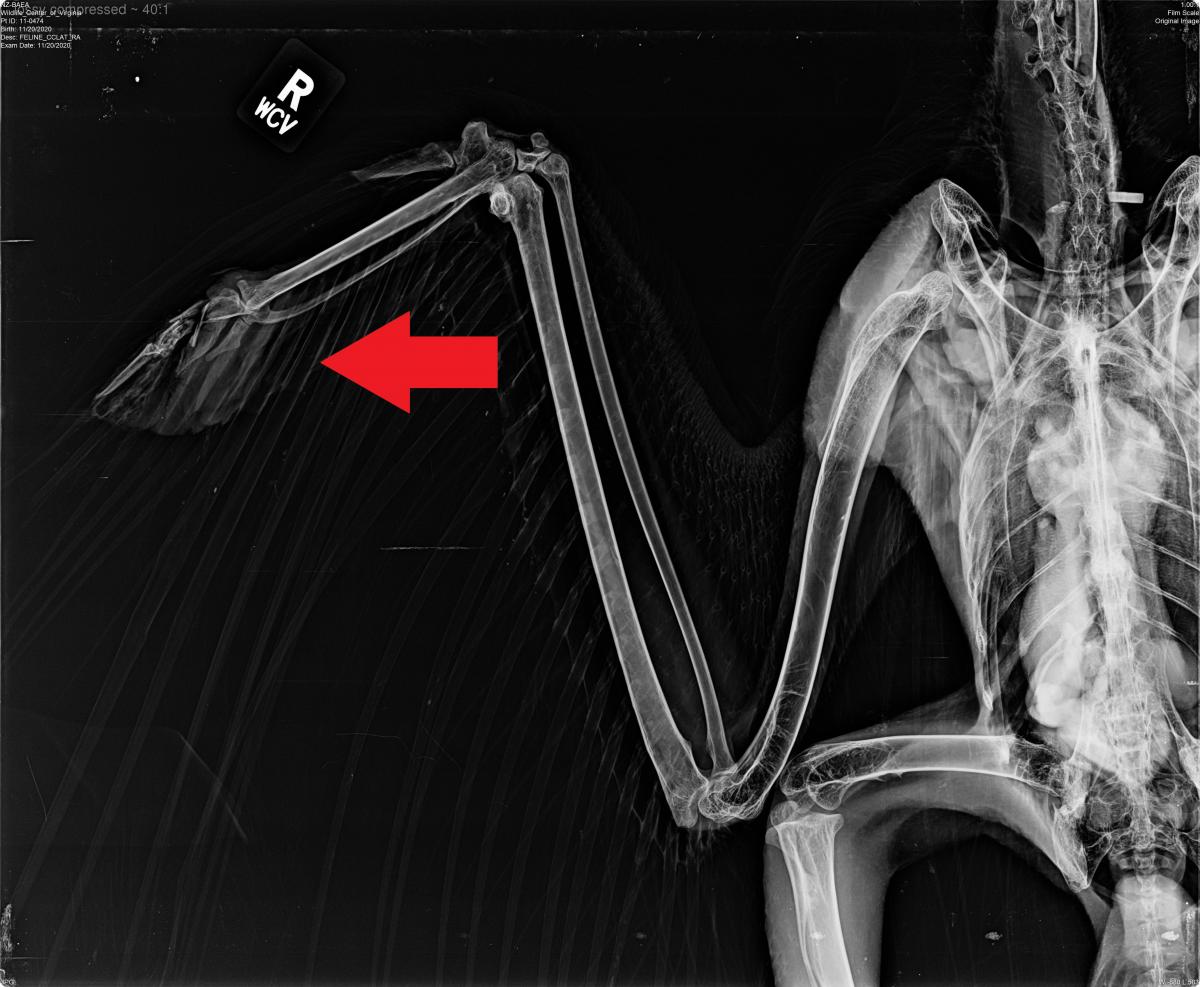 Dr. Karra was able to do a physical examination, blood work, and radiographs on Bald Eagle NZ this afternoon. Preliminary verbal reports from Dr. Karra are that NZ is in very poor shape – she is in very thin body condition;  in addition to her open, contaminated tibiotarsal (leg) fracture, she also has a severe injury to her right wingtip, with dead, infected, exposed bone. Stay tuned for more updates, along with photos and radiographs. 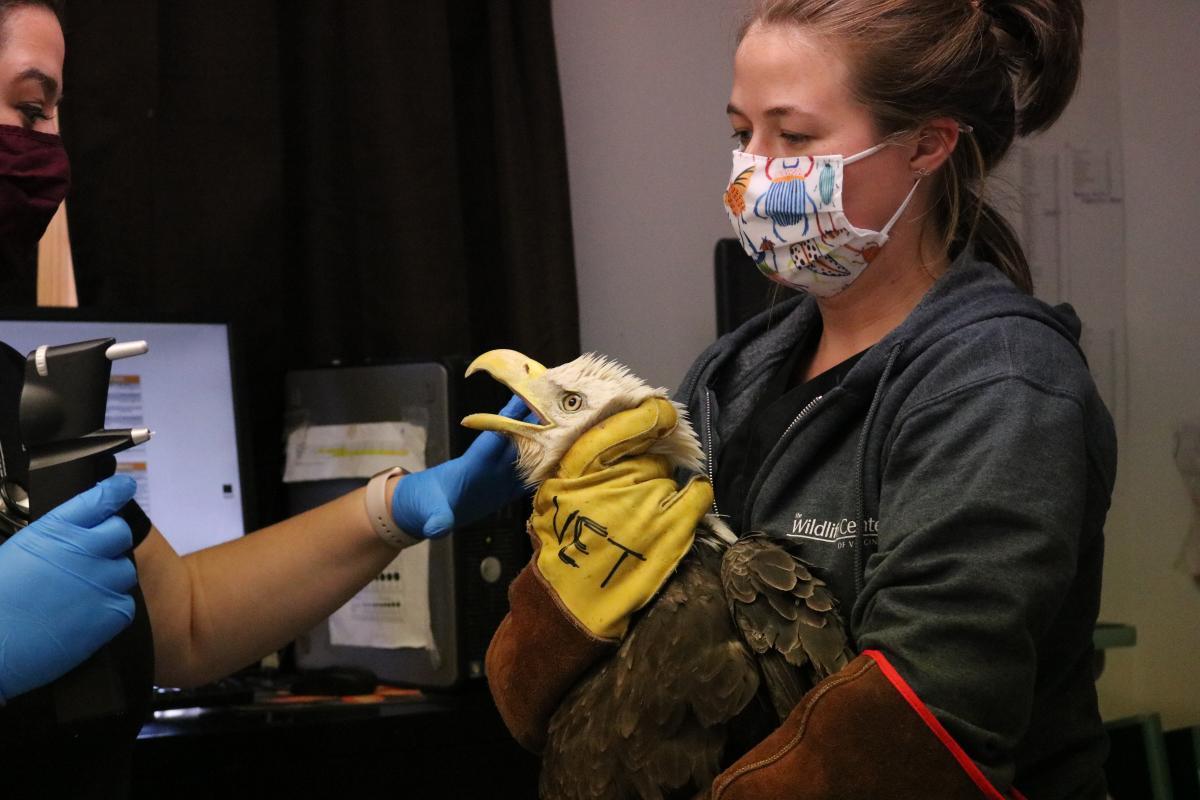