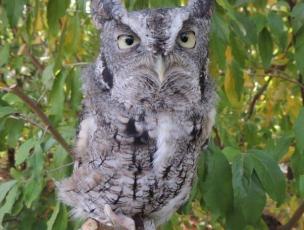 Alex was brought to The Wildlife Center in November 2007. She had been found by a road in Wythe County. Alex had a left wing fracture and damage to both eyes. While the wing fracture healed, Alex cannot be released back to the wild because of her limited vision.

The Wildlife Center is sad to announce the death of Alex, an education Eastern Screech-owl, on January 26, 2020.

During a regular meal delivery and wellness check, Alex was found her deceased in her enclosure. A post-mortem exam did not reveal any physical abnormalities, leading the veterinary team to believe Alex passed comfortably and peacefully following a cardiovascular event related to her advanced age. Alex lived quite a long life for her species -- at least 13 years in age. 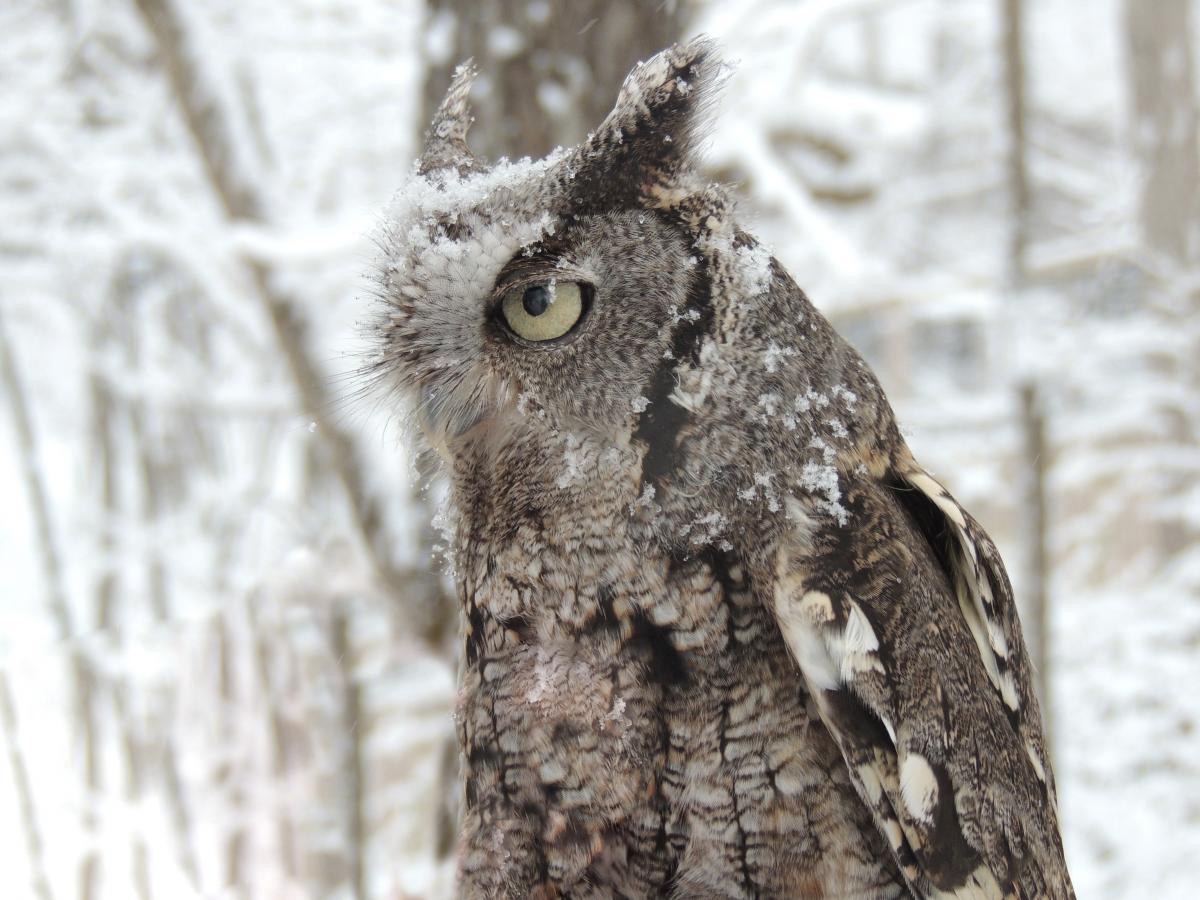 Alex came to the Wildlife Center as a patient in November 2007, after she was found by a road in Wythe County, VA. Based on injuries to her left wing and both eyes, it's likely she was hit by a vehicle. Although her wing eventually healed, permanent damage to her left eye resulted in the veterinarians deeming her non-releasable. Alex officially joined our team of education ambassadors in 2008. 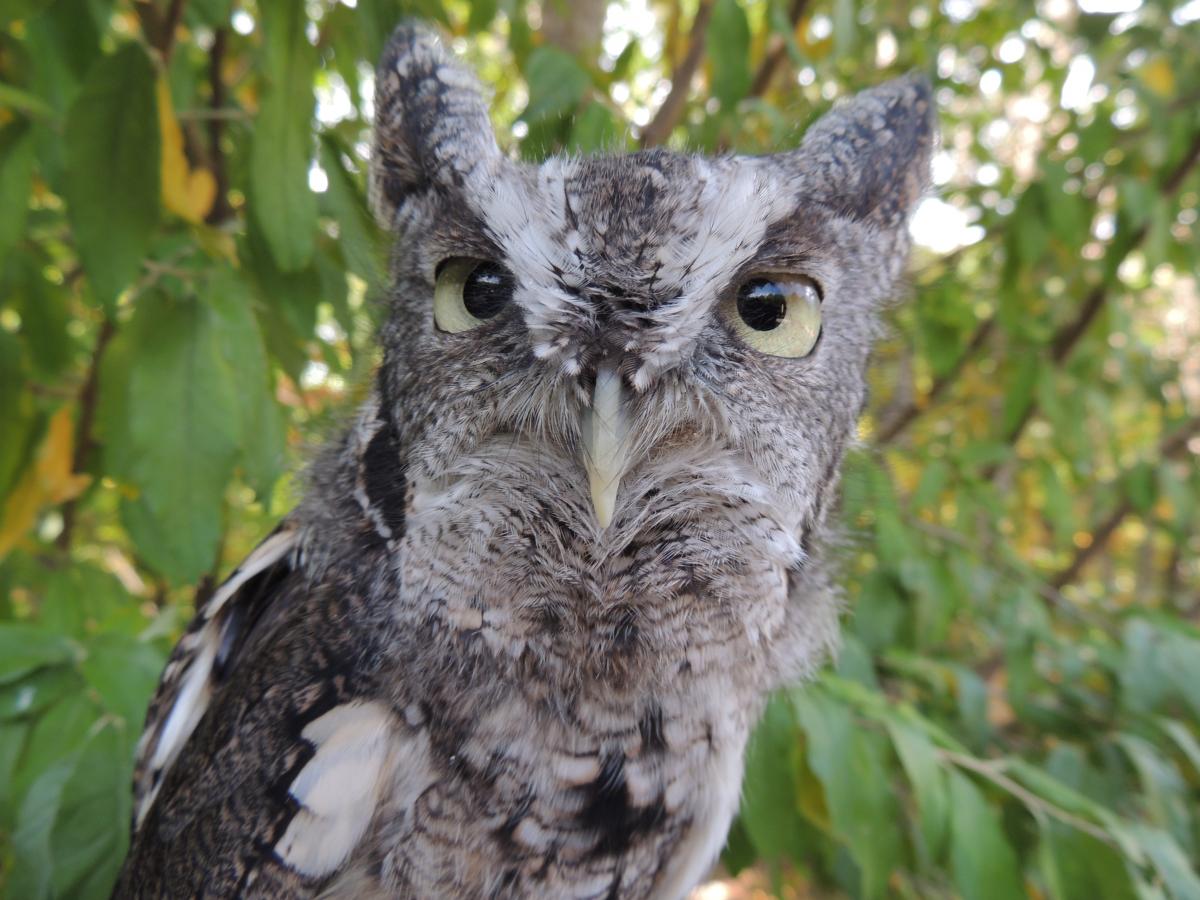 The story of her rescue, and the reasons why she was deemed non-releasable, aligned very well with many of the Center’s education program themes. During her career at the Wildlife Center, Alex appeared in nearly 1,000 in-person programs, and met more than 53,000 people. Until her passing, Alex was clinically in good health and was one of the most-frequently used education raptors, traveling with the outreach staff and volunteers to countless schools, libraries, and special events.

During the past twelve years, Alex has been a very well-loved member of our family. Despite being one of the smallest raptors at the Center, she was known to be one of the most patient and forgiving when working with outreach staff and volunteers. It would be hard for anyone to forget meeting her in-person, but younger audience members always seemed to be especially enchanted by the sight of such a petite and beautiful owl.

Goodbye, Alex, and rest in peace. Your friends and family will always remember you. 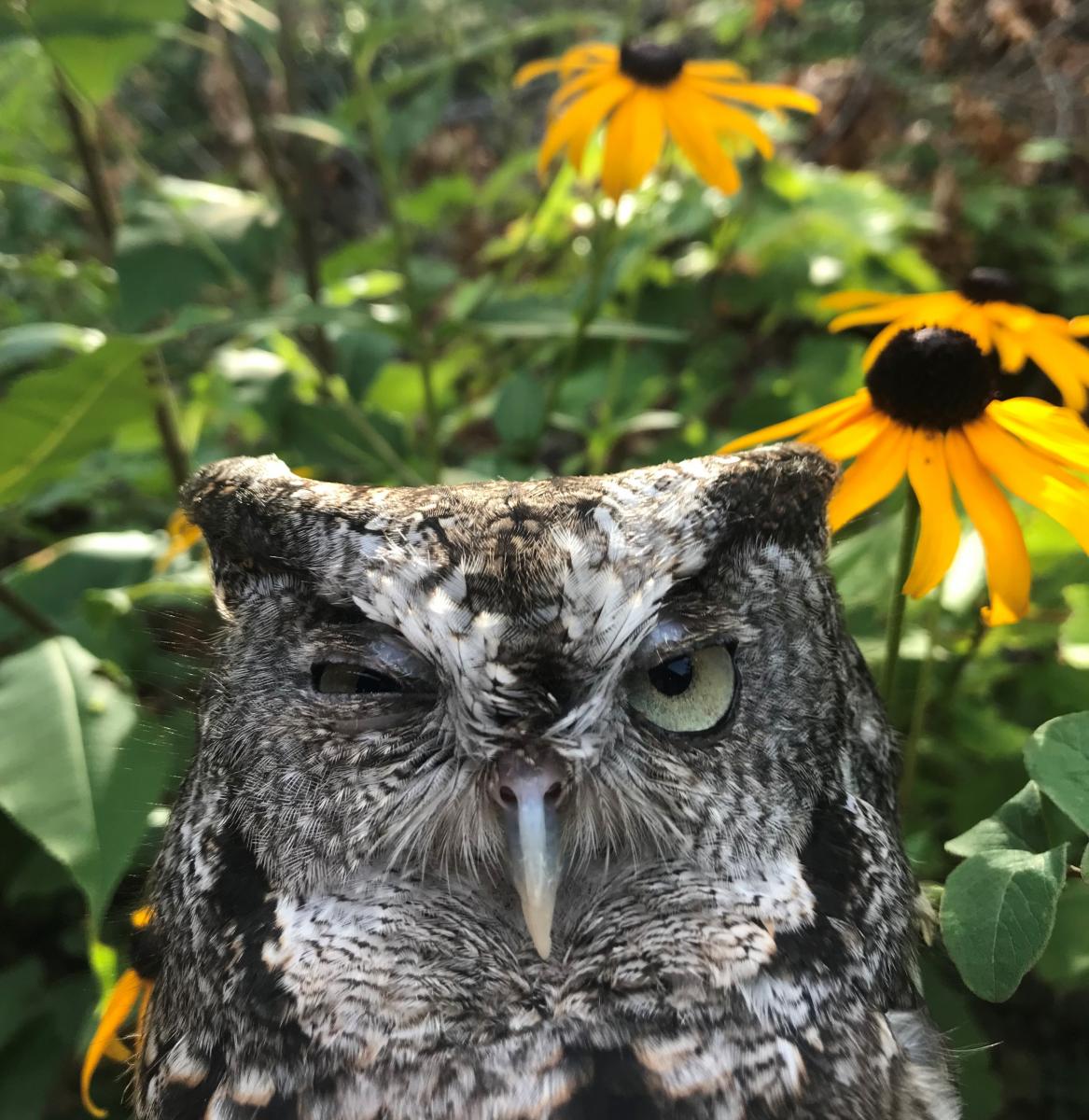