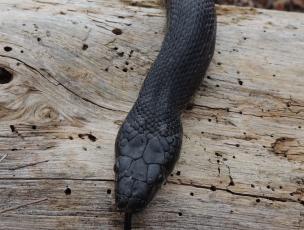 Albus was admitted to the Wildlife Center in December 2012. He was rescued by animal control and was taken to a humane society when his former owner moved to an assisted living facility. Because it is unknown how long Albus was in captivity, or where he was originally found, he is unable to be released into the wild.

On April 25, the Wildlife Center staff made the difficult decision to humanely euthanize Albus the Eastern Ratsnake, one of the education ambassador snakes who has been a part of the Wildlife Center’s family since December 2012. During the past few months, the staff have been increasingly concerned about a growth on Albus’s nose; biopsy results recently confirmed that Albus had cancer. Albus was rescued by an animal control agency in 2012 and was taken to a humane society when his former owner moved to an assisted living facility. The staff were never certain how old Albus was, or how long he had been in captivity, but Albus was an adult at the time of his admission 10 years ago. Albus made an easy transition to the ambassador life at the Center;  he was always gentle and easy-going, ideal qualities for an education animal. The outreach staff estimate that in his time at the Center, Albus appeared in more than 800 programs and met 32,500 people. Through these programs, Albus helped people understand snakes better, and hopefully inspired a kinder outlook toward this often misunderstood species. Eastern Ratsnakes can be particularly intimidating for those who are not snake fans – their large size (for Virginia species) can be daunting, particularly for a brand-new snake handler, but Albus was a wonderful representative for his species and helped many people break down their own barriers, including many students, volunteers, and staff members. He was a particular favorite of several outreach staff, and within the past two years, appeared in many memorable virtual programs. 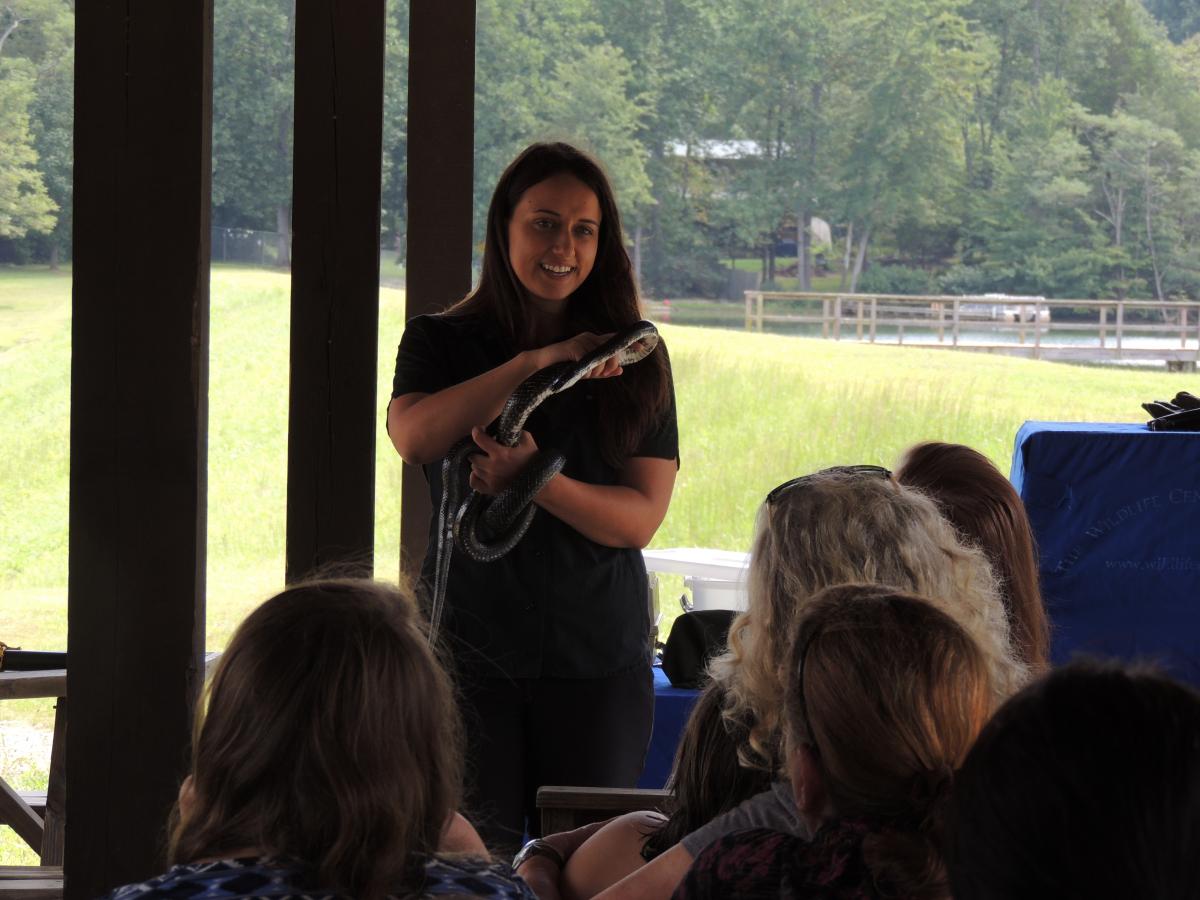 Albus is survived by his roommate Severus, both named for characters in the Harry Potter series. The duo have lived together in the same enclosure since Albus first became an ambassador. Rest in peace, old friend. You will be missed.