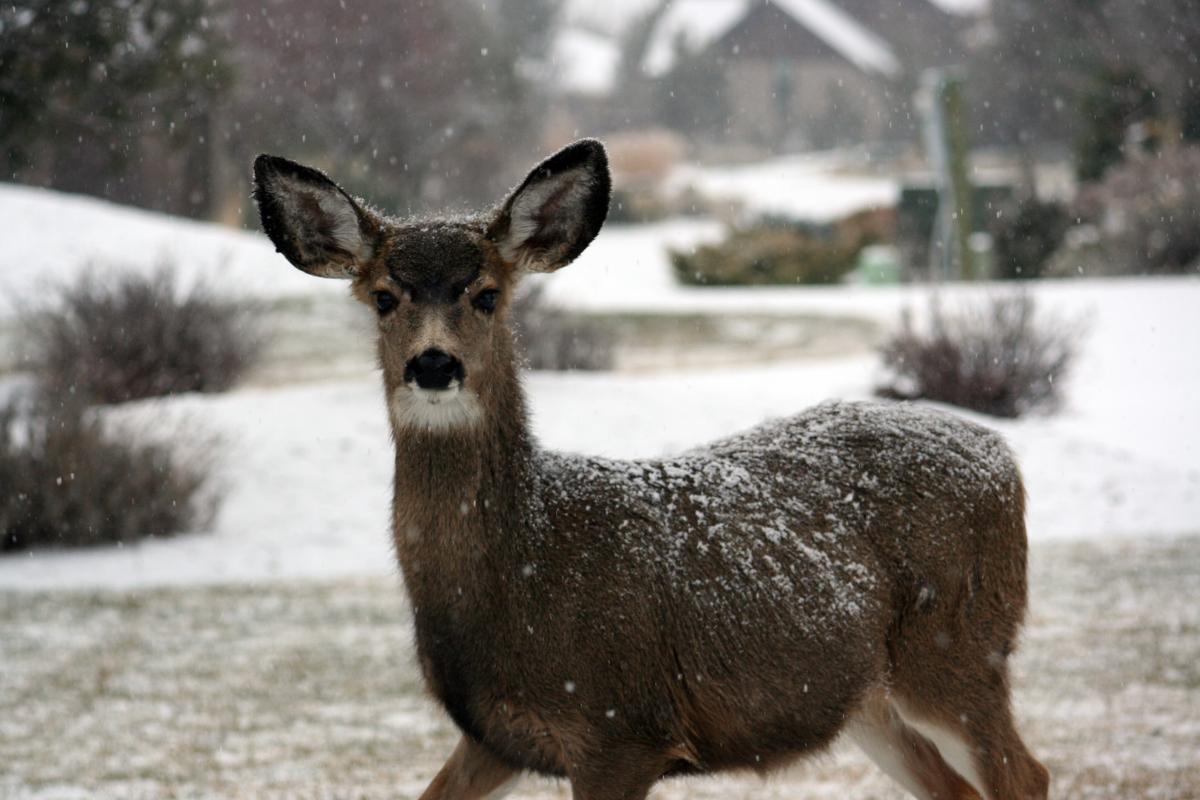 Chronic Wasting Disease (CWD) is a fatal neurologic disease that affects deer, elk, and moose. The disease is caused by prions, which are abnormal proteins. These prions are unable to be recycled or eliminated within the body, and when they accumulate, they cause damage to neural tissues, including the brain.

To date, CWD is not known to affect humans, though the Centers for Disease Control recommends that hunters discard venison harvested from CWD positive animals. No treatments or vaccines are currently available for this disease.

Deer with CWD are often very thin, uncoordinated, listless, and may stumble. They are often excessively thirsty and may be drooling. Infected deer may not act fearful of humans. CWD can have a long incubation period, meaning that neurological symptoms can develop slowly, and an infected deer may not show any symptoms for months or years after infection. Sadly, CWD is always fatal.

The Spread of Chronic Wasting Disease

The disease is spread through direct contact with infected deer – their saliva, feces, blood, and urine can transmit the prions; contaminated water and soil may also play a role in transmission. Prions can persist in the environment for years.

In spring 2019, a second containment area (now called “Disease Management Area”) was created, which includes Culpeper, Orange, and Madison Counties, after a single buck was found to be CWD positive in Culpeper County.  After the fall 2019 sampling season, CWD was found in hunted deer in Fauquier, Clarke, and eastern Shenandoah counties; the Department has expanded Disease Management Area 2 (DMA2) to include Fauquier, Loudoun, Page, and Rappahannock counties.

As of May 2020, the entire DMA includes: Clarke, Frederick, Shenandoah, Warren, Culpeper, Madison, Orange, Fauquier, Loudoun, Page, and Rappahannock Counties. Rehabilitation of fawns in these counties is not permitted, nor is the removal of fawns or other deer from this area.  It's especially important to make every effort possible to leave healthy fawns where they are to have every chance possible to reunite with their mothers. If you find a truly orphaned or injured fawn, call the DGIF helpline at 1-855-571-9003.

It is extremely important to follow the regulations on moving live deer and/or deer carcasses from the established disease management areas in an effort to maintain the health of wild deer in the rest of the state.

What You Can Do

Research on Chronic Wasting Disease is ongoing as new information is discovered and the disease continues to spread. Stay informed about the sampling and studying that is going on in your state.