The True Story of the Virginia Opossum

I’ve always had this image in my head of the possum being a nuisance – an animal that should be chased off if it was ever found in the yard. Possums have an image of being gross, ugly, and perhaps something that should be feared. When someone would say “cute”, the last thing I would probably say was a possum … until I spent three months at the Wildlife Center of Virginia. I learned that I was mistaken. 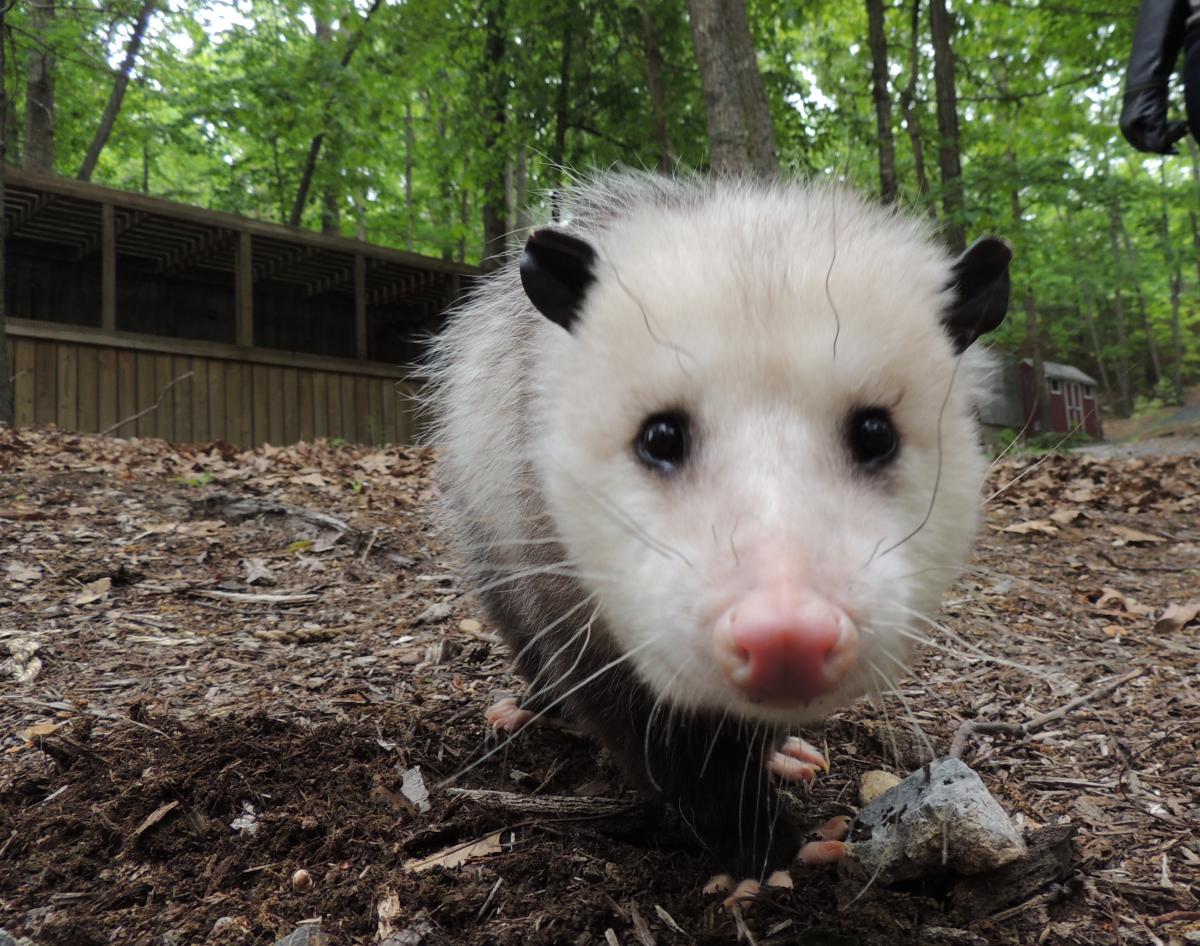 My first week at the Center, I was introduced to the education possums, Phebe and Pogo. They drastically shattered the idea of what an possum should look and act like. Pogo and Phebe were sweet-natured and adorable. These two were nothing like the stereotypical possum I had known all these years. Granted, these two are socialized and are sweeter than the average possum … but I still could not help but think that something was not right about the stories I had heard all my life. This feeling was increased by the overwhelming love the staff had for these creatures. Everyone at the Wildlife Center was “Team Possum” and worked to change anyone’s mind that thought otherwise. If this many people were pro-possum, then surely they knew something that I and the rest of the world didn’t. Where did society go wrong? What is the true story about these captivating creatures?

First things first: which is it? “Possum” or “Opossum”? Many people drop the “o” in opossums – calling them “possums”. This term actually refers to the species of possum native to Australia. The North American species are Opossums, with an “o”. Sometime in the past Americans became lazy and just decided to drop the “o” and call them possums. I cannot be excluded from this group, as can be seen from my previous paragraphs.

Virginia Opossums are marsupials. This means that they are mammals that complete most of their development inside of their mother’s pouch after birth instead of in the placenta during a long gestation period. This gives these mammals an advantage; the mothers do not have to spend as much time and energy with a long pregnancy like other placental mammals. Marsupial young also have an opportunity at life even after the mother is killed. There were a few cases during my time at the Wildlife Center in which an opossum mother had been hit by a car. The veterinary team were not able to save the mother, but the babies in her pouch were pulled off her teats and given to us, the rehab externs, to care for. Since the young are born so early, they sometimes will have a fighting chance if anything were to happen to the mother. 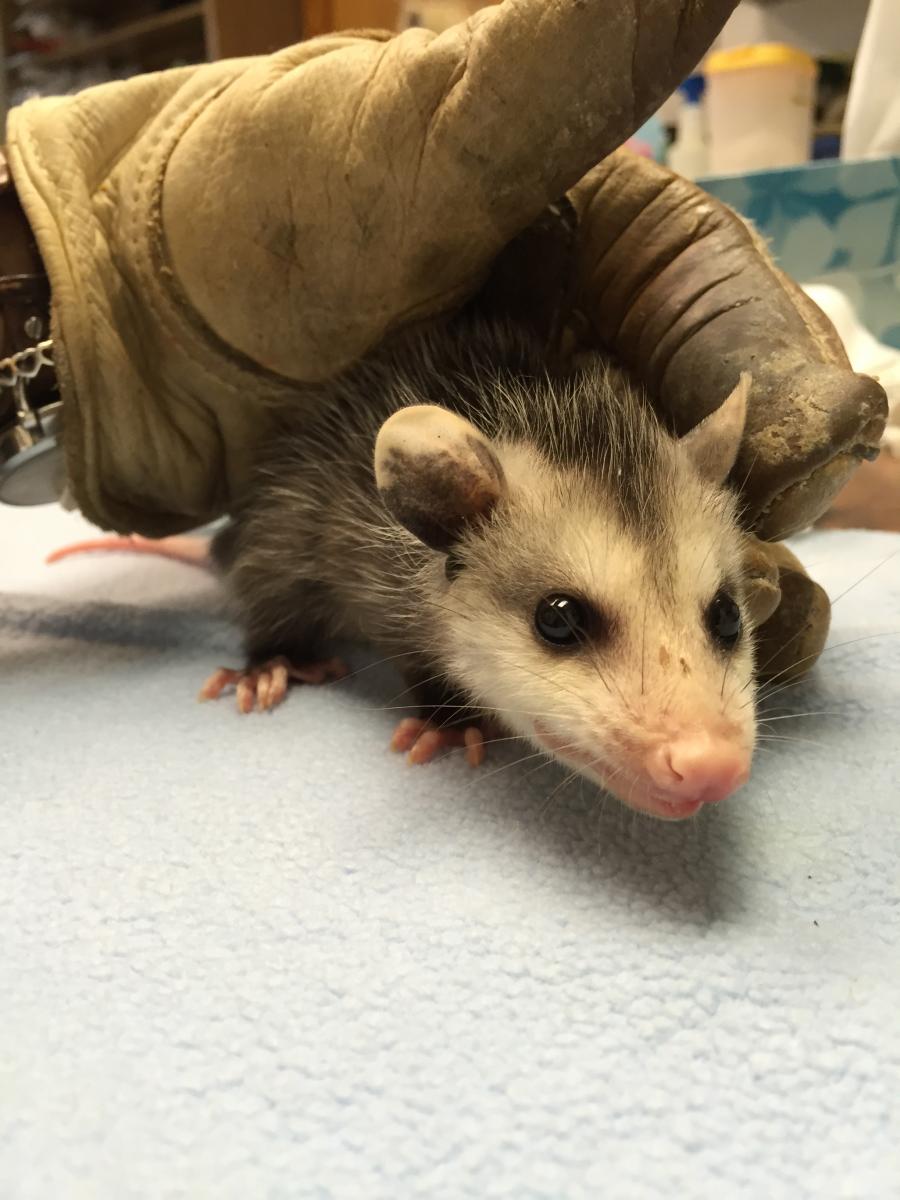 These opossum babies were some of the cutest animals I have seen -- and I have seen baby cottontails and squirrels! During feeding time, they would crawl around and grab at my hand with their feet and semi-prehensile tails. Their tails allow them to grab on to limbs as they climb and move about. It cannot support their full weight as an adult, so they can’t hang from it like many people think. Their opposable thumbs can be found on their rear feet. These great appendages help them balance and grasp on to tree branches. Not many people know that opossums can be added to list of mammals with opposable thumbs, along with primates.

A lot of the time, opossums are associated with disease and filth, but that’s far from the case. Opossums have a high resistance against many viral diseases. These include, but definitely are not limited to, rabies, distemper, and some forms of feline hepatitis. Along with their resistance to some viral diseases, opossums have shown immunity to many different types of snake venom including rattlesnake and pit vipers. These misjudged creatures are often treated as pests or walking Petri dishes of disease, when in truth they hold a superpower that allows them to survive many things that we humans wouldn’t be able to.

Opossums feed by scavenging and foraging for food. When they come across a source of food, they’ll associate the location as a feeding site. If you feed your pets outside and there is excess food left out, opossums will continue to return to this location. If pets are located in this area, this usually causes some problems. Opossums are shy and generally non-aggressive animals. They do not walk around looking for cats or dogs to attack and, even when confronted by one, they will try to escape to avoid the situation – or “play possum”. 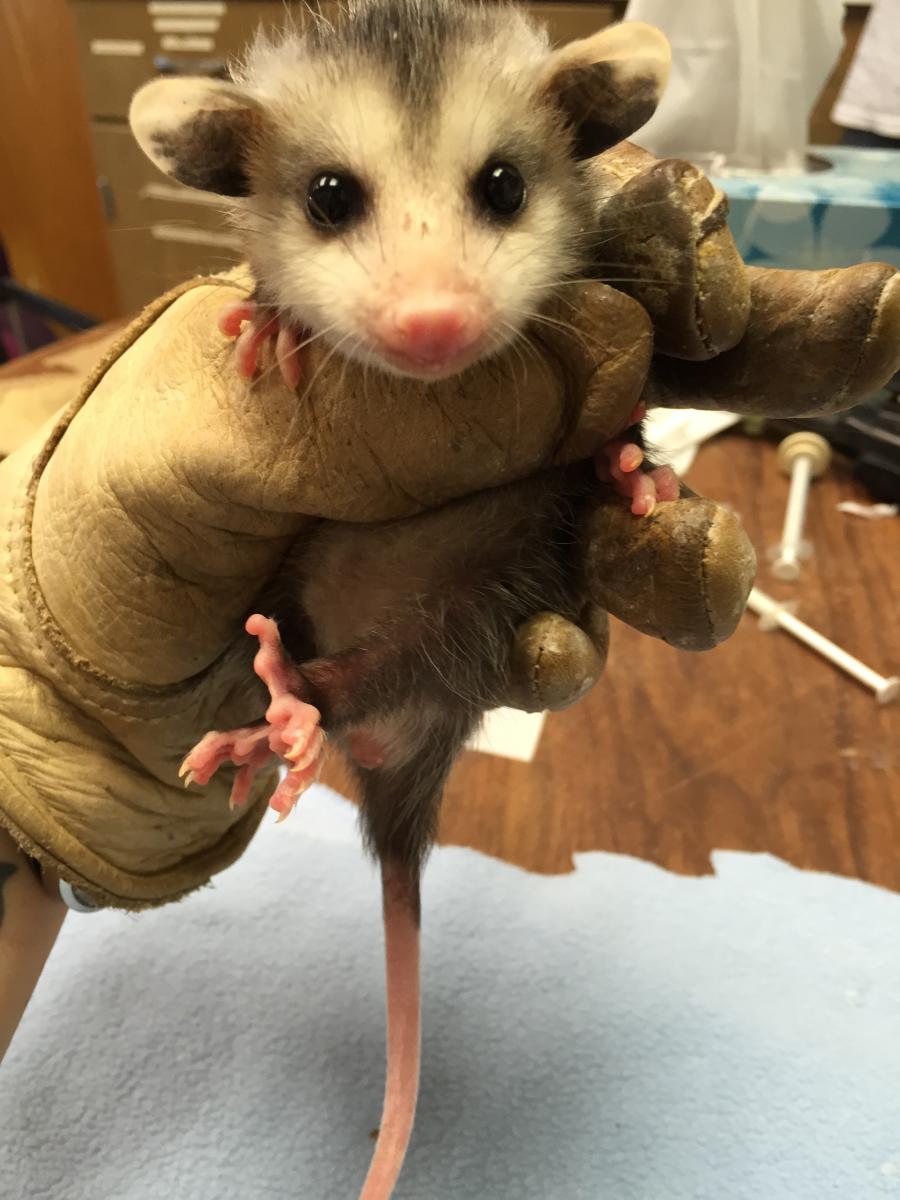 Many people know that, when “playing possum”, opossums pretend to be dead for a short period of time – but many people don’t know that it is an involuntary behavior. When opossums experiences extreme fear, they will enter a sort of coma state, with eyes open and tongues out. In this state, they look dead and other animals will leave them alone. Conflicts between pets and opossums can be avoided by simply cleaning up the area where pet eats regularly. Make sure not to leave food out, keep cats indoors, and secure trash appropriately.

My time at the Wildlife Center has opened my eyes to the true nature of opossums. These creatures should be not feared, but respected. They have been around for a lot longer than many animals, and have found ways to survive things we humans can’t.