Niki Dean is one of our rehabilitation externs at the Wildlife Center.  She began her externship in early October – just a few days before Bald Eagle #12-2442 was admitted to the Wildlife Center. Niki will be with us until the end of November. She graduated from SUNY Oswego (NY) in 2011 with a BS in zoology and also has an MSc in Biodiversity & Conservation. Niki and several other students were able to attend the Bald Eagle release on November 1, 2012.

We arrived at Zoar State Forest and were a little early, so we stood around for a bit, while everyone who wanted to see the release arrived. Once everyone was present, Wildlife Center President Ed Clark drove his truck out into the middle of an old cornfield owned by the forestry department, and opened the back of the truck. Ed then gave us some information on how the Wildlife Center was started, some of the work done at the Center, and where this Bald Eagle was rescued.

Bald eagle 12-2442 was found at a landfill in King and Queen County, and brought to the Center in early October 2012. Once we had the history, Ed took the bird out to become acclimated to her new surroundings since she had been in a 100 ft enclosure for the past month. She was a gorgeous bird, and I was really excited to see her be released after helping care for her.

Once she was acclimated Ed walked to the front of the truck to let her go, we all gathered around, cameras ready for the release. Everyone was excited. Once the wind died down Ed started the countdown … 3, 2, 1, take off!! 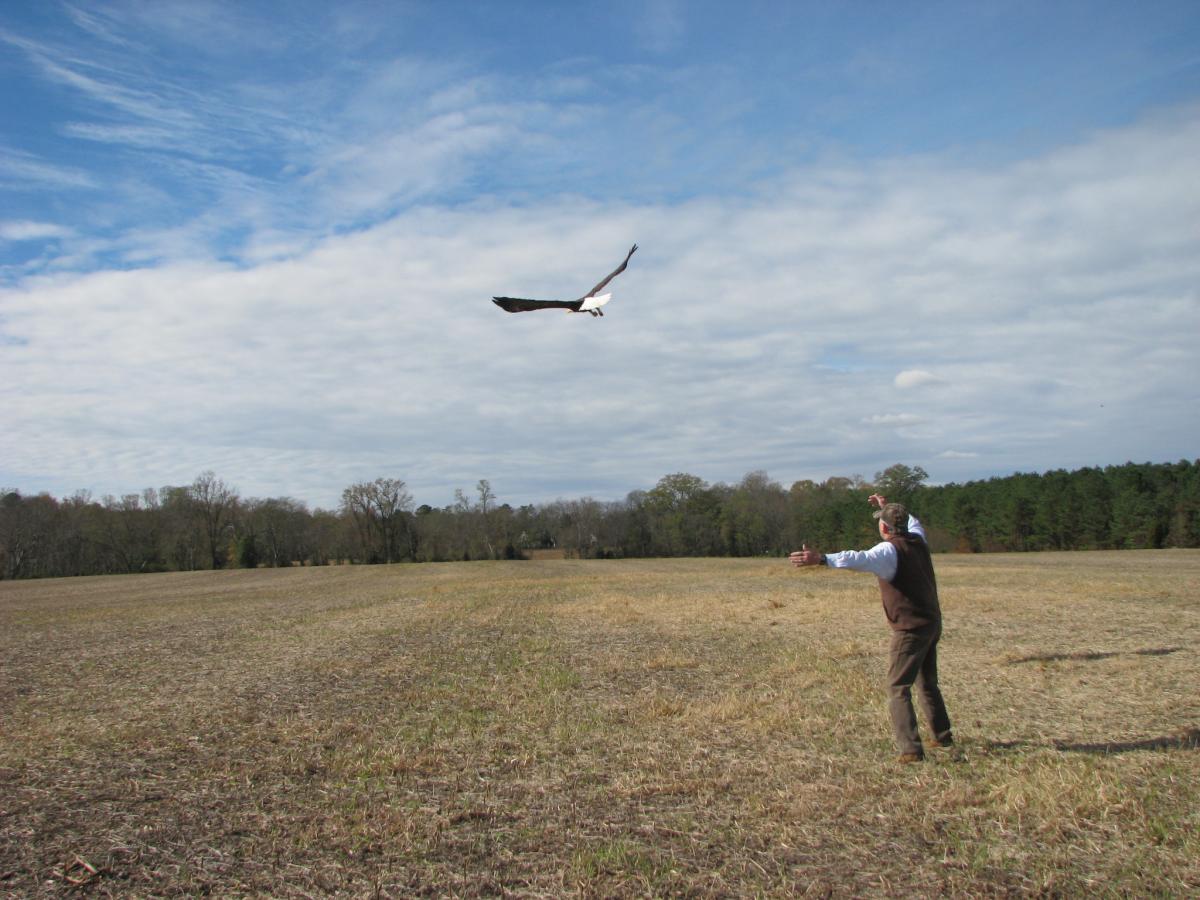 I was worried she would only fly a couple yards and ground herself, but she must have been as excited as we were, because once Ed let her go, she just took off. She flew to the corner of the field, swung around, and then came back and flew over us, and off into the tree-line on the opposite side of the cornfield.