An Owl on my Wrist and Butterflies in my Stomach

I am at week five of my seven-week outreach externship. I'm very excited to bring home with me what I've learned here and put it into practice. I've learned a lot about writing for digital media, such as how to capture the tone for an education animal update or what kind of language to use when updating supporters on the status of a patient. I've shadowed my mentors on several tours through the facility and soon after led a few of my own. I've also learned how to handle several of the education animals like Albus the Eastern Ratsnake and Grayson the Broad-winged Hawk.

I have to say though, that my greatest accomplishment so far has been the food chain presentation I gave yesterday morning to a large auditorium of fourth and fifth grade students at a nearby elementary school. I have given a few wildlife presentations to young people in the past, but on a much smaller scale and on species that I knew intimately from working closely with them (such as raccoons, squirrels, and skunks).

Before arriving at Wildlife Center of Virginia, I had never worked with snakes, owls, or opossums. I had a lot to learn about each of these animals before I could confidently discuss them in front of a large group of young, inquisitive students. I am not one to underestimate the intelligence of young people, and I knew that to feel confident, I had to feel that I knew more than them.

After a week of incessant rehearsing -- first alone in my bedroom, then to my roommates, and finally to an audience of rehab interns here at the Center -- I am proud to say I put on a pretty decent program! Severus the Eastern Ratsnake, Phebe the Virginia Opossum, and Quinn the Great Horned Owl were all on their best behavior as I handled them among the sizeable 200 student crowd. I mean, how can you go wrong when you have a bunch of really cool, wild animals in front of a group of 10-year-olds? 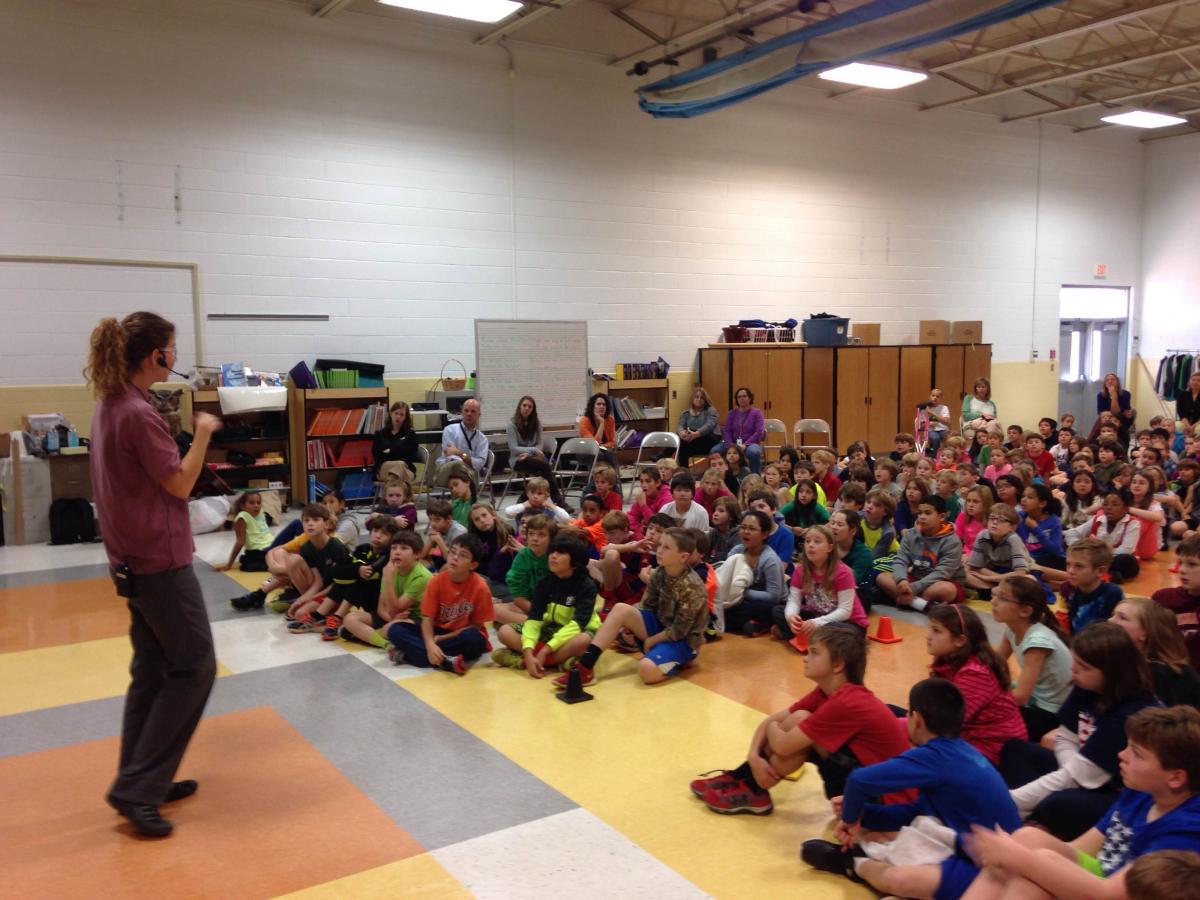 With just under three weeks to go, I'm looking forward to learning more about education outreach. More specifically, I'm excited to learn how to edit and post videos, how to plan and present displays and kiosks, and more about how to reach out to broad audiences and inspire them to care about wildlife and the environment. I'm also really looking forward to the upcoming Call of the Wild conference next week where speakers from all over North America will present about various wildlife topics, including outreach.

It's been a great five weeks. Well, back to work!