Since my time as an education outreach extern is coming to a close, I thought I would share a few of my favorite experiences from the last few weeks of my externship– which have been extremely busy. As an outreach extern, I have learned that my job always comes with some surprising tasks.

Just last week, outreach coordinator Raina asked me to make a video to celebrate Shark Week – a weeklong television series that is dedicated to sharks. Raina’s idea for the video featured Wilson in a shark costume (crafted by volunteer Angel Cooper), so how could I resist?

Later that day, I was crouching in a kiddie pool trying to film Wilson whilst my pants got soaked. You would think filming an Eastern Box Turtle would be easy right? Not when that turtle is Wilson! He is such an outgoing fellow and never stops moving – it made it difficult to snap a photo! In the end, we managed to get enough shots for the video, which you can check out here.

Aside from assisting in photo-shoots, I have been working on updating the Wildlife Center’s YouTube channel. Fortunately, I have some background in video production so I used my skills to create a new introduction to our videos and a new end screen – both were fun to make!

Another favorite moment of mine involves Pignoli our education Eastern Screech-Owls. Last week, I went to get her out of her enclosure and saw she was molting all her head feathers. When molting, birds grow in "blood feathers" – a term that refers to the new feathers that are growing. Feathers develop from a follicle and need a healthy supply of blood (found in the shaft of the feathers) as they grow. Pignoli is notorious for having the most dramatic molt out of all our birds at the Center, so it was incredible to witness her molt first hand!

Part of the education outreach externship requires externs to present a live public program as part of the final project. So, recently I gave my first program! Programs are longer and more specific than a tour. I was quite intimidated at first – I never thought I would be able to stand confidently in front of a crowd for such a long time.

I presented a Critters Don’t Need Litter program in Stafford, Virginia, which was about how litter directly affects wildlife and the environment. While I was nervous at first, my uneasiness quickly dissipated once I engaged with the crowd and started talking about how our ambassador species can be affected by litter.

For the program, Raina and I brought along three of our ambassadors – Pogo the Virginia Opossum, Wilson the Eastern Box Turtle, and Athena the Barred Owl. Pogo insisted on dragging his towel out of his crate with him (typical Pogo behavior!) and Wilson was more than happy to say hello to the crowd. This was my first outing with Athena, and she was wonderful!

To top everything off, I lead my online Wildlife Center Classroom Series about Backyard Habitats last week! I enjoyed being on the moderated discussion and having the ability to directly engage with our online community of supporters. They gave tremendous feedback and seemed to really enjoy the class.

“Critter Nation”, as the Center supporters are affectionately known, is one of the most encouraging groups of people I have ever had the opportunity to talk with, and I want to thank them for their continued support of the Wildlife Center.

I’d like to give a huge thank you to all the Center staff members who work tirelessly to care for every animal that comes through our doors. Most of all, thank you to everyone in the outreach department who taught me all the tips and tricks of education outreach for the past 12 weeks! The lessons and skills I have learned here are invaluable. This experience was more than I could have hoped for, and I will miss being at Wildlife Center everyday.

My passion for wildlife and the environment has only grown since my time here, and I plan to continue working for or with wildlife in the future. This was an experience that will stick with me no matter where I go. I wish the best of luck to the Center and its future endeavors! 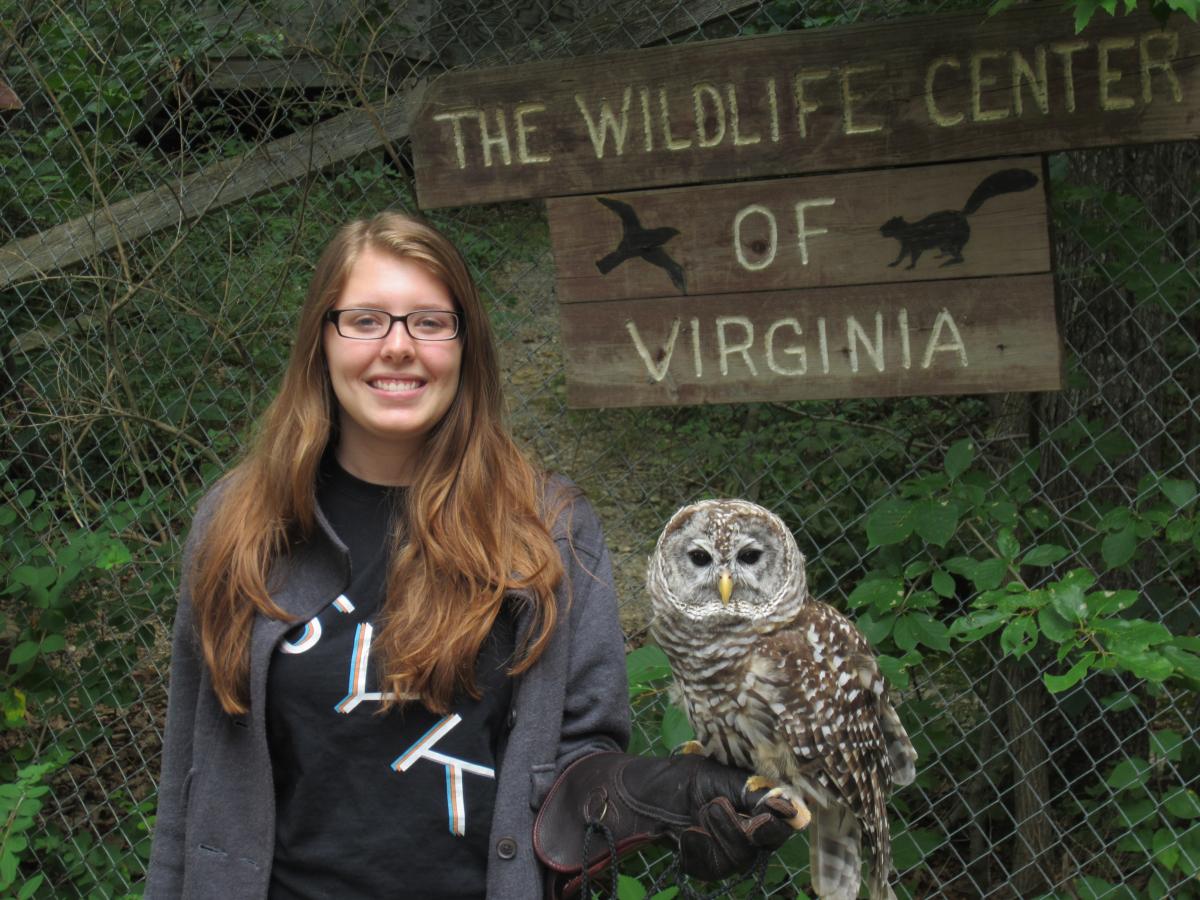