All Creatures Great and Small ... 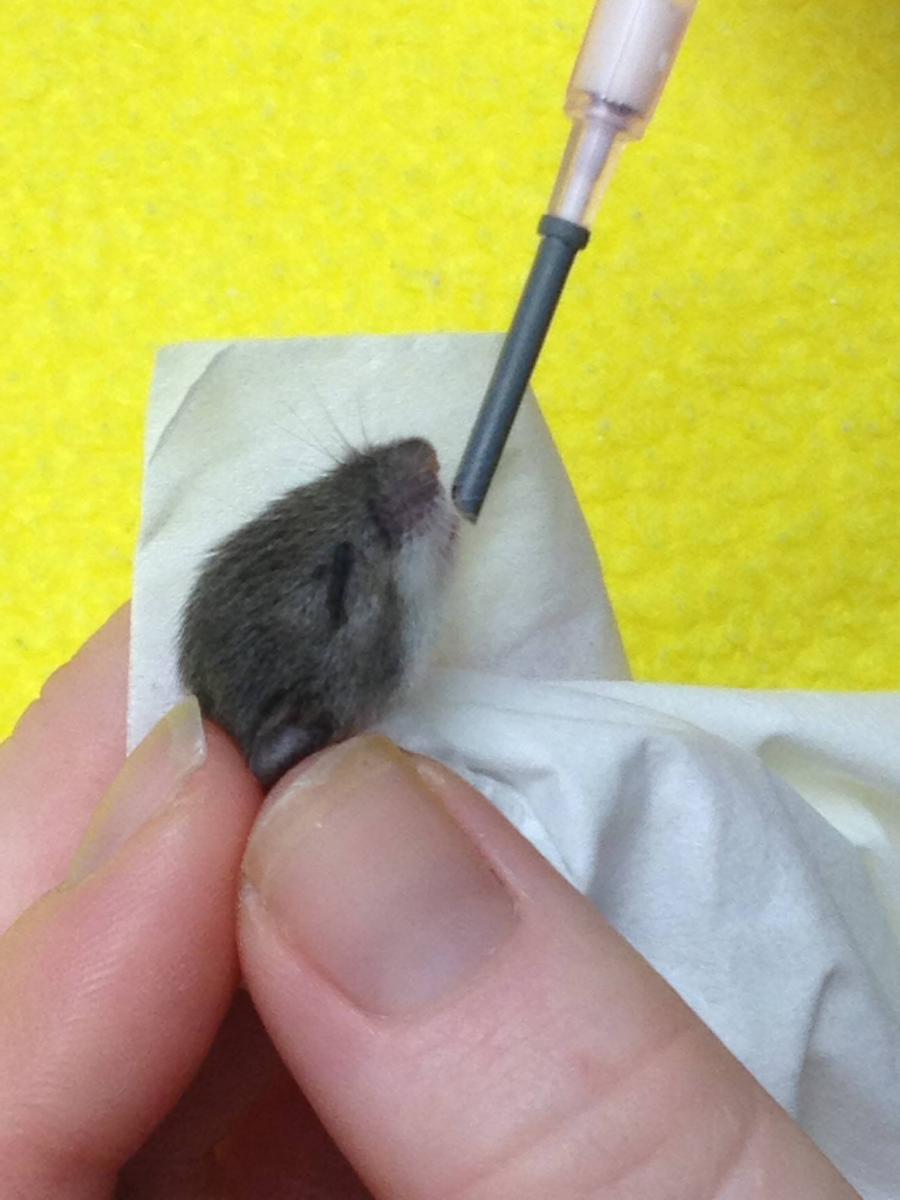 I have to admit, when I began my externship at the Wildlife Center I had quite a lot to learn about our native North American wildlife. I imagined I would encounter many squirrels, rabbits, deer, and opossum (and I was excited about the opportunity) but I had no idea I would be introduced to so many fascinating species that I didn’t even know existed. One particular pair of patients that stole my heart were two very tiny White-footed Mice that ended up in our care.

White-footed mice can be brown, reddish, or grayish and have very large ears and a tail about half the length of their body. They tend to live in wooded, brushy areas or open areas next to woods. These mice are quite athletic and are excellent swimmers and climbers. Their extra-long tails aid them in such pursuits because it gives them incredibly good balance.

These particular mice admitted to the Wildlife Center were gray and they sure were tiny! At the time of their admission, they both weighed less than four grams! We created a mouse-appropriate home in an aquarium, which we put on a heating pad for extra warmth. We offered them a bit of rodent mix (which we prepare especially for our rodent patients) and a mush bowl of soaked dog chow and formula mixed with rice cereal. 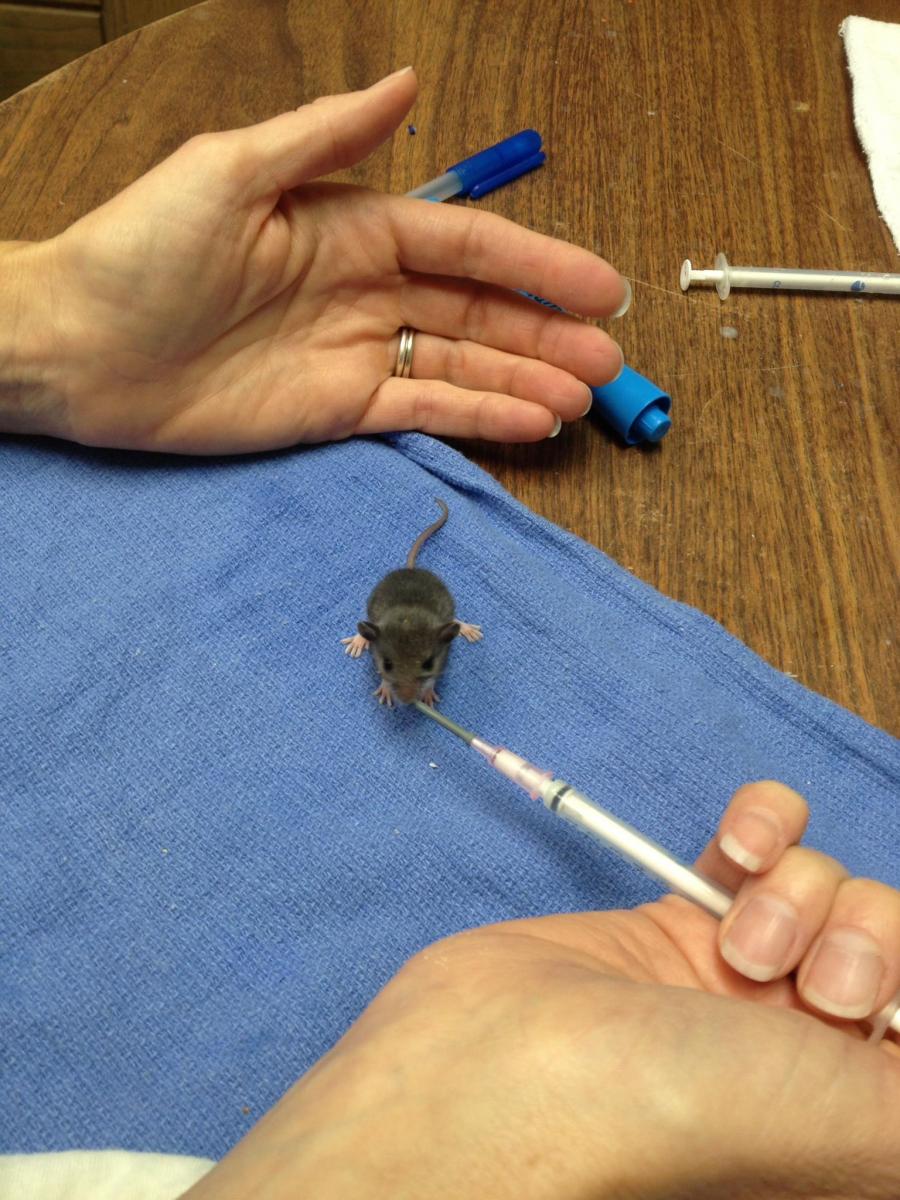 We knew the chances of the mice eating on their own were slim, since they were so tiny and their eyes were still closed. So, in addition to the food they were offered, we also hand-fed them formula as well. Trying to hand-feed an animal the size of a quarter certainly isn’t easy. For starters, our typical methods of feeding ICU mammals simply wouldn’t work. We could neither tube-feed nor use a nipple, since both were far too large. Instead we attached a catheter tip to a small syringe and fed them our special formula created for eyes-closed rodents several times a day.

Being very athletic, the mice were quite hard to catch. Boy, were they quick and difficult to hold on to! Once we were able to catch one of the young mice, we quickly wrapped it in what we liked to call a “burrito”. We do that with our other baby mammals as well, but instead of using blankets we had to use tissues. Can you just imagine how small and delicate they were?

At first the mice resisted being fed, but once they realized what was being offered, they caught on quickly and ate vigorously. After a few days of diligent hand-feeding the mice opened their eyes and began not only eating 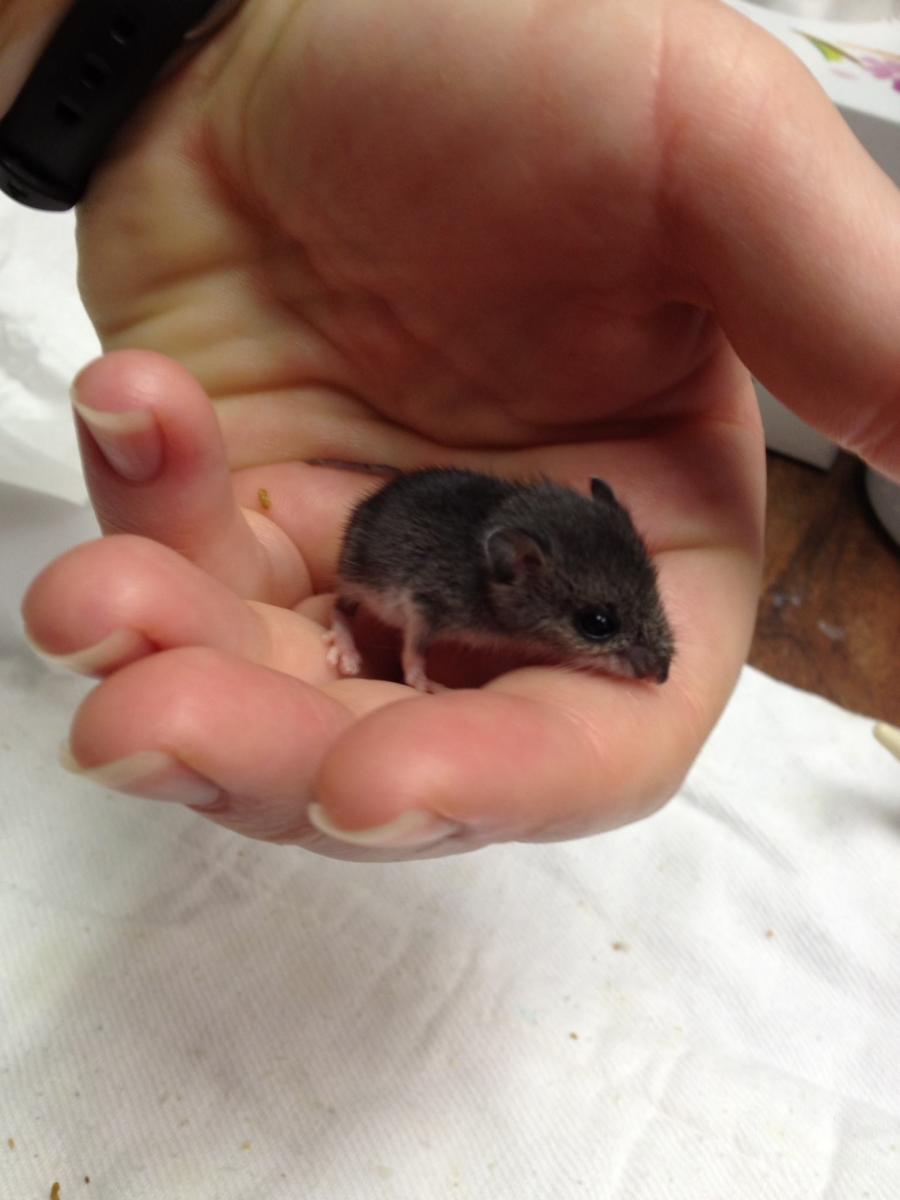 on their own, but also engaging in other species-appropriate behaviors such as grooming and playing. It was such a joy to see two babies, whose future was so tenuous, thriving so beautifully!

The White-footed Mice were just one example of the many exciting wildlife patients I had the privilege of working with. I have been fortunate enough to travel the world and see many exotic animals in foreign lands. In all that time I never had any idea that such beauty existed so close to home. Now no matter where life takes me or what faraway lands I travel to, I know that all I really need to do to experience the wonder of the animal kingdom is step outside into my own backyard.