During my time at the Wildlife Center, I’ve gotten to meet friends and supporters from all across the nation – a host of wonderful, interesting, and generous people.

Anita Dec was a donor to the Wildlife Center for about a decade.  Her first contribution came with the purchase of a Garden of Eagle calendar, back in June 2011.  She was an active participant in the Center’s Caring for Critters program.  She lived in Mays Landing, New Jersey.  Ms. Anita died earlier this year; she included the Center in her estate plans.

I was doing a bit of research on Ms. Anita, and my wife Jackie [who can find anything online] discovered this tribute to Ms. Anita, written by the Queen of Peace High School.

I never met Ms. Anita – I wish I had.  I’m grateful for the support she’s given to the Wildlife Center.

Sad to say but the Class of 1970 has lost another member. Lieutenant Colonel Anita Dec USAF, retired, passed away on May 30. Below is a biography of her achievements. 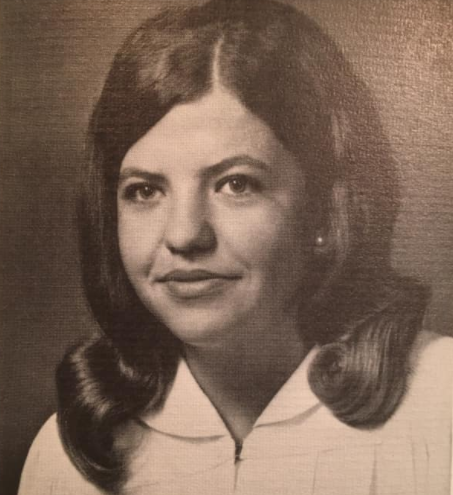 You “fly the friendly skies” partly thanks to the contributions of one of our own. Anita spent twenty-four years in air traffic control in the U. S. Air Force, first as a tower and radar air traffic controller, then in management, planning, training, inspections, and lastly in research and development. She served at bases in nine states plus six years in Germany. In Frankfurt for three years during the Gulf War, she coordinated the movements of fighter jets and the tankers that refueled them in flight back and forth across the Atlantic. This included coordinating their flights with each foreign country whose air space they entered. In Wiesbaden for three years, she was in a combat unit, running the combat air traffic services for Europe.

One tale she related about Germany was when a Russian vehicle was spotted following her convoy in West Germany. She had her driver drop back to the rear and saw that the Russian car had diplomatic plates on it. When deployed, she always carried a camera with a telephoto lens, so she turned around, got on her knees and started taking pictures of the Russian vehicle, which made them take off in a hurry, averting a possible conflict.

While in Germany she met her mother’s family for the first time, enjoying holidays with them and visits to out of the way places.

She enjoyed shopping forays to East Germany where crystal, leather goods, handcrafts, and fancy gourmet meals were “dirt cheap.” She accompanied the wife of one of the civilian employees who drove a big Mercedes. The East Germans tended to contrarily delay traffic, so, to expedite passage through East German check points, they took Marlboro cigarettes and Sears and Penney’s catalogs to discreetly pass on to the guards. Their wives valued the catalogs to copy the clothing styles.

While stationed in Omaha, Anita was out to dinner with a friend who invited her to take the Mensa test with her and her son the next day. She agreed to go, and, in spite of falling asleep during the test, she qualified and is now in her 40th year of continuous membership.

At her last duty station, in New Jersey at the William J. Hughes Technical Center, she helped develop and test new air traffic control voice switching systems. With all these credentials, when she retired as a Lieutenant Colonel, she was immediately hired for a civilian job testing air traffic control systems at the Tech Center.

These are impressive accomplishments of a first generation American, who started grade school in Bayonne, NJ knowing no English! Her classes were taught in Polish, with English as a “second language.” Her parents communicated at home exclusively in Polish and were able to improve their English with Anita’s help. She attended Queen of Peace Girls High School in North Arlington, NJ, graduated from the University of Pittsburgh, and was then commissioned into the Air Force. While in the service, she also earned a master’s degree in Aviation Safety.

Anita is a cat lover; her hobbies are photography and oil painting. She is a member of the Township of Hamilton Historical Society and is on the Atlantic County Veterans’ Advisory Board. She has been a regular participant of the Delaware Valley Mensa book discussion group and coordinator of the Atlantic County Mensa monthly dinner for over seven years.

Gustave Flaubert wrote, “Travel makes one modest. You see what a tiny place you occupy in the world.” Maybe Anita's extensive travels have helped to nurture the endearing modesty that makes her so likeable and easy to socialize with.