"Full Circle." Those two words could be a good thing or a bad thing, depending upon circumstances. If one gets lost in the woods and winds up back where they began, that's a bad thing. If one finds themselves in-and-out of a toxic relationship, constantly back at the stage when it derailed, that is a bad thing. If, however, you are an Eastern Screech-Owl who lands at The Wildlife Center of Virginia, well, “full circle” is not necessarily a bad thing. THAT has the makings of being a very “good thing”… IF the patient can recover successfully from whatever ails it and be released back into its natural habitat. 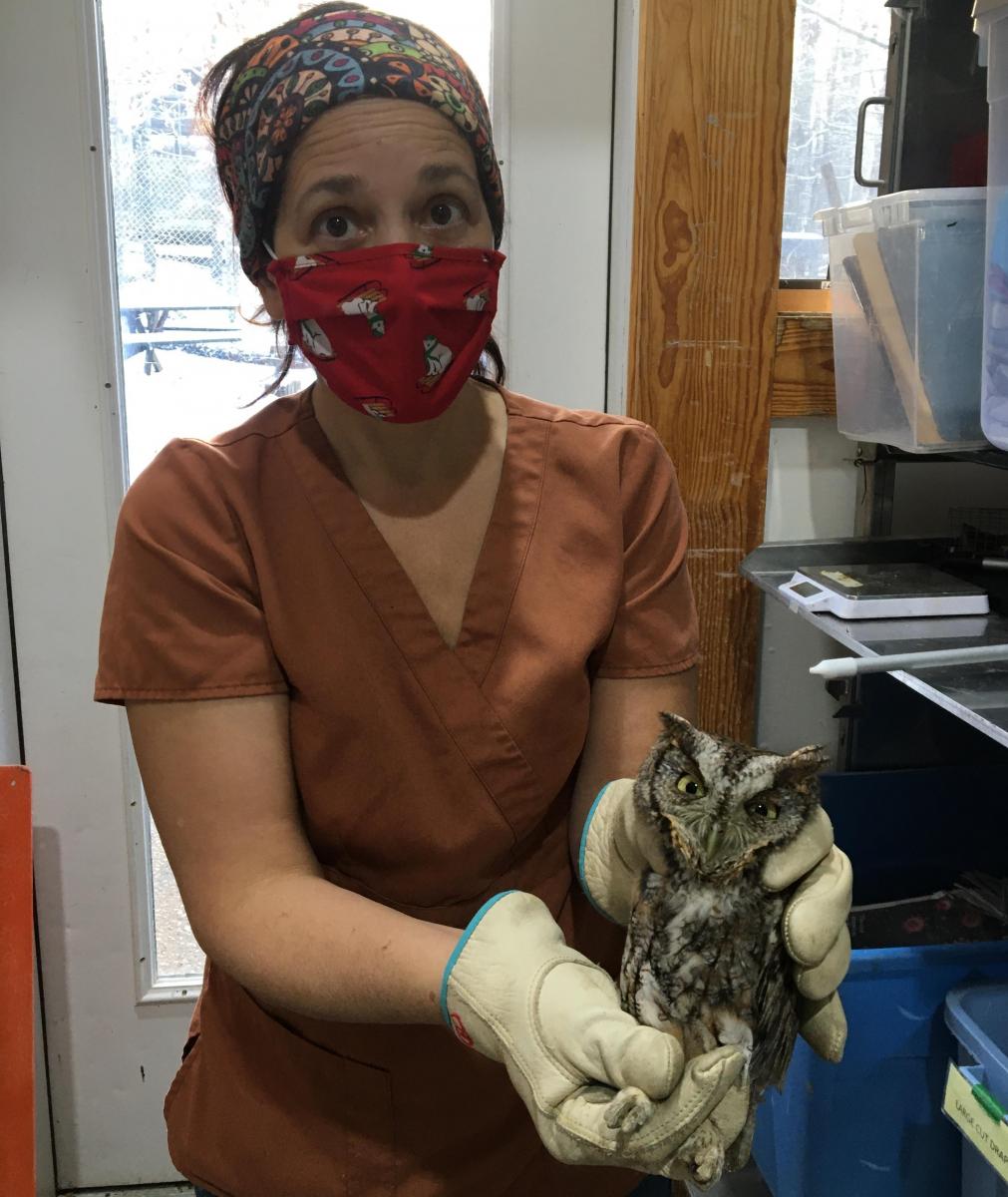 If you happen to be Eastern Screech-Owl #20-3630, who arrived at WCV in November of 2020 around the same date as Alyssa Lakota (their newest LVT Intern), and said intern ran anesthesia for three hours during surgery to keep said patient alive, that is a good thing. But, if said patient died during recovery and CPR was performed, and that said patient came back to life, well, that is a “mixed bag.” That all happened to this screech-owl. He/she underwent CPR and began breathing on its own, and its heart began beating once more, but the prognosis was poor. Eastern Screech-Owl #20-3630 was heading toward a “good thing”, but it was not out of the woods yet. "Don't get attached. Don't get your hopes up. Less than one percent of CPR patients survive." These warnings were stressed to the intern as she fell in love with patient #20-3630, not only because screech-owls are darn cute, but because this particular screech-owl and she underwent quite the traumatic journey together, which didn't stop there.

Months passed, and the prognosis steadied at poor. Patient #20-3630 needed to learn how to fly again, but not only fly. It had to fly straight without any wing droops and be able to make multiple passes while maintaining silence. It must be capable of hunting for food and thriving on its own. Eastern Screech-Owl #20-3630 not only underwent the three-hour surgery mentioned earlier to repair an extensive wing fracture, but it also died during recovery, came back to life via CPR, and now it was being asked to do what, the impossible?

Guess what? That is what Eastern Screech-Owl #20-3630 accomplished! With the care facilitated by veterinarians, rehabbers, and volunteers, this patient managed to fly successfully and quietly. He/she learned how to hunt and how to thrive and earned a day of release.

Eastern Screech-Owl #20-3630 returned to the wild on April 16, 2021, when LVT Intern Alyssa Lakota had the ultimate pleasure of coming “full circle” with it. The hike to the release spot included three creek crossings to find a place offering plenty of food, water, and shelter for this little raptor, increasing its chances of survival.

If you want to read the original blog post about Eastern Screech-Owl #20-3630, you can find it here. Hopefully, you've enjoyed coming “full circle” with this remarkable patient who landed at WCV around the same time as Alyssa. Thankfully, this patient did not have to stay the 13-month duration of Alyssa's internship, which will wrap up shortly before the end of 2021. In this case, “full circle” was a very “good thing” indeed.