It is Saturday, September 12th, 2020, shortly after 1:00 pm. A thick fog blankets Rockfish Gap as my 2009 Hyundai Sonata makes it way eastward toward my hometown of Charlottesville, Virginia. There is a Broad-Winged Hawk sitting in the back seat. This is distinctly not where I am supposed to be.

Record scratch. Smash cut. New York City. May 2017. A different car, the first car I ever rented. This is moving day and I am leaving. Leaving after five beautiful years of exploring all the peaks and valleys of young adulthood in one of the most thrilling cities on the planet. I came to New York pursuing my dream of being a professional actor and, in many ways, I was very successful. Sure, I was still answering phones for a living and, no, I wasn’t appearing on Broadway or on a TV show but I had been a part of some incredible productions and earned the respect of many artists that I admired. My network was in place and I was sure that I had a long career in theater and film to look forward to. Leaving was just the next step in that. Why? I was going on tour. A full year performing three different plays in repertory. A chance to see the country and a chance to continue growing as a performer. I close the trunk, get on the highway, and watch the skyline fade behind me. I’ll be back. New York is where I am supposed to be, after all. 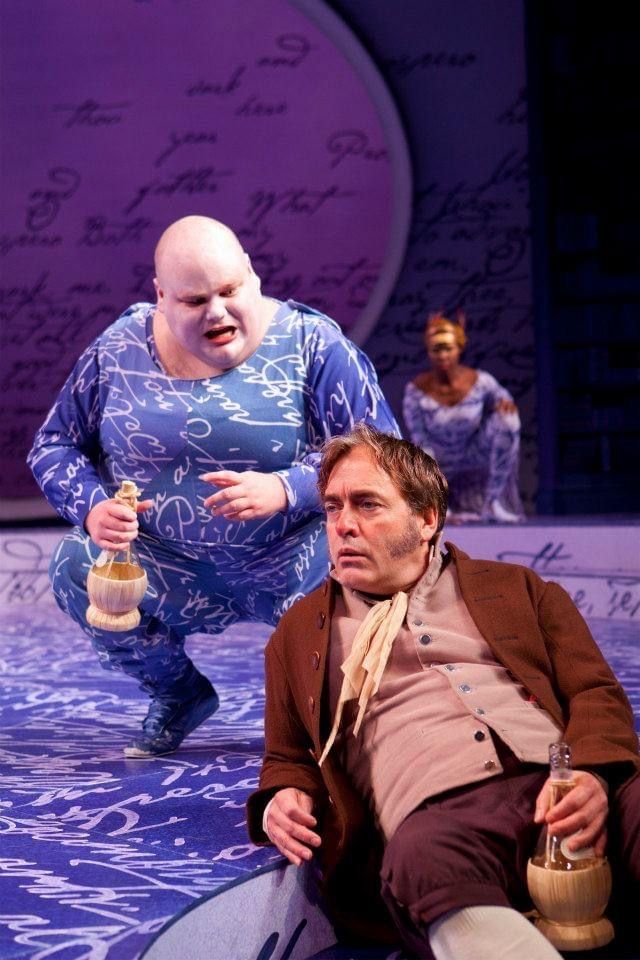 Touring is not easy but it is in many ways a dream come true. I am a part of a remarkable ensemble of young artists, people who I adore and who teach me so much about myself and the world around me. Every new performance is an opportunity to improve and I find myself feeling at home on the road. Watching the ecology of America unfold before me as our tour van rolls along from state to state is absolutely intoxicating. I gaze in awe at the rolling emptiness of Kansas, the unfamiliar rocky crags of Spearfish Canyon in the Black Hills of South Dakota, the manatees gathering for winter in the crystal clear waters of Blue Springs State Park in Florida. During my time in New York, my interactions with the natural world consisted of sharing a 20-piece McNugget with a subway rat and occasionally spooking raccoons as they rummaged through piles of trash bags along the northern border of Central Park. Can you blame me for screaming when a Golden Eagle flies over the truck carrying our set as we drive through the Rocky Mountains? Can you blame me for not wanting to rush back to the city?

I spent a second year touring. And I made another decision about my future. When my second year on the road came to an end, I moved back home to Charlottesville and began to prepare to have weight loss surgery. I weighed 370 lbs and I was hungry for change. Tour had given me a front-row seat to view the opportunities passing me by due to weight and I could no longer stand the pain of deferred dreams. I worked hard and, with the incredible support of my family, friends, and medical team, I lost 195 lbs in a little more than a year. And now it was time. It was time to return to where I was supposed to be. To take my new body, the body I was supposed to be in, back to the city I was supposed to live and get back to pursuing the career I was supposed to have.

Monday, March 16th, 2020. A week ago I recognized the world. I knew how to operate within it. My life existed in a universe of relative constants. The advent of COVID-19 changed all of that. It rolled in and immediately took a bat to the fundamental structure of the world as I knew it. Theaters were closed, film production was shut down, New York was not a safe place to be. But where am I supposed to be now?  My North Star has burned out and I felt distinctly at the mercy of the universe. I gazed upward, waiting for that star to snap back to life. It didn’t. It still hasn’t. It might someday.

Salvation came unexpectedly. I was driving south on Delphine Avenue on the way out to Humpback Rocks to do some hiking with my nephews. I glanced to my left and saw something familiar but only in the way that a location from a dream seems familiar. I had been there. I know I had been there. On the drive back, I saw the sign and it all made sense: “The Wildlife Center of Virginia: A Hospital for Native Wildlife”.

I have told a lie of omission. My love of animals and of nature long predates my love of acting. I made my parents read me field guides instead of storybooks. I didn’t want to go to Disneyland, I wanted to go to Cape May for the hawk migration. Field trips to The Wildlife Center of Virginia were not just another day, they were Christmas morning. There is a picture in one of my family’s old photo albums of me being shown an Eastern Kingsnake by a staff member, my cherubic face lit up with wonder. Could it be, that after all these years, my journey might bring me all the way back to that place? When I got home from that hike I went to the website of the Wildlife Center and started to poke around. Wildlife Rehabilitation Externship. I liked the sound of that. I applied and was accepted and, on my first day in early July, I brought that photo with me.

Cut to the present, which isn’t September 12th, but rather October 12th. I am sorry for misleading you and I now must admit that I have told another lie of omission about that drive. I didn’t mention that I was happy. God, I was so incredibly happy. From that very first day of my externship I knew that the next three months were going to be one of the most special experiences of my life. It is impossible to quantify the amount that I learned over the course of my externship or the profound impact that the experience had on me as a person. Due to the pandemic, the Center was forced to operate on a skeleton crew, the staff divided into two teams that each covered half of the week. It would have been so easy under those trying circumstances to see bringing the new guy up to speed as a burden but that never happened. Anytime I had a question, someone was more than happy to answer, anytime I needed a helping hand, it was there. There is something just so incredibly special about a place where the interim director of veterinary medicine can be found doing dishes and making bulk meals past closing time because the rehab team is unexpectedly short-staffed. It was something I had previously only seen in theater, a true ensemble. 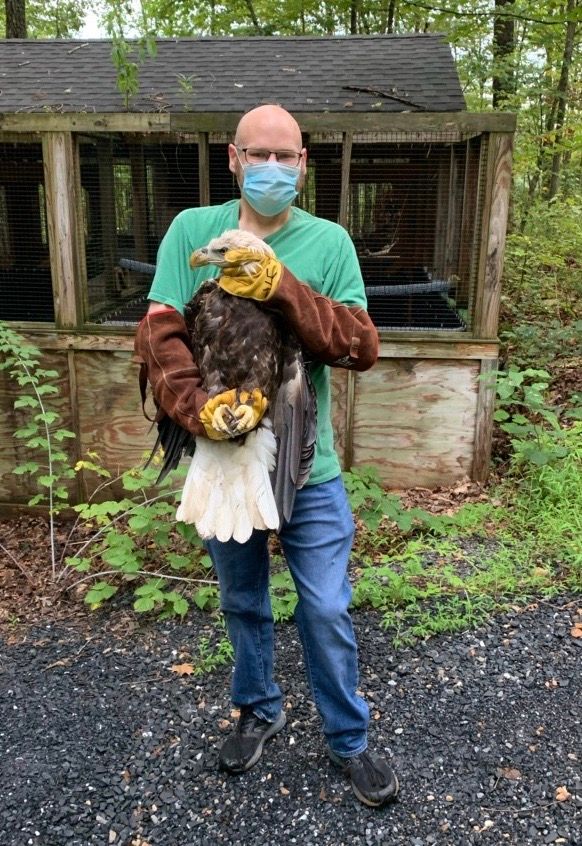 I woke up every day excited to come into the Center and see what new experience was waiting for me, what new thing there was for me to learn. It was that variety that kept me going, that made all the hard labor and long hours feel light. During the 450+ hours that I put in at the Center, I contributed to the care of 14 species of mammal, two species of amphibians, 12 species of reptiles, and a whopping 49 species of birds. I syringe-fed juvenile squirrels, I cut down an unfathomable amount of native browse for the two herds of fawns under our care, I was pooped on by a Bald Eagle (I have never felt more patriotic) ... and on September 12th, I even got to release a Broad-winged Hawk.

Our destination reached, I removed the carrier and trotted out across a dewy field toward the forest’s edge and I thought about my journey. Maybe we give ourselves too much credit. Maybe our attempts to decide who we are supposed to be or where we are supposed to be are as futile as trying to stop the change of the seasons. Maybe we are simply ships blown by the winds to destinations unforeseen. And maybe, if we are lucky, those destinations are good enough. I opened the cage door and the hawk flew away strong. One month later, I opened the door to the Wildlife Center of Virginia, my externship completed, and did the same.