And then the eagle caught a fish.

I woke up early that Sunday morning, climbing out of my tent before the sun clawed its way over the edge of the world. I knew I had to hurry. I’m not much of a morning person, and the dawn isn’t known for its patience.

The short hike to the beach didn’t feel as long as it had the night before. Something about rushing toward the rising sun imbued me with an energy that I didn’t feel marching away from its setting. I reached the soft sand right as our closest star made its first appearance, alighting the landscape for myself and the hundreds of singing birds who greeted the morning with me. I sat down on the beach and watched as the ocean gave birth to the sun.

As time passed, I took in the scenery. Here I was, at the mouth of the Potomac, where one of our nation’s most storied rivers poured into the Atlantic Ocean. Endless greenery stood tall above rounded cliffs burying themselves into the water. It was at once both entirely still but also humming with the natural energy of nature in the morning. And then the eagle caught a fish.

I’d known it was up there. I’d heard its falling call when I first arrived at the beach, like shrill water droplets tumbling down the stairs. I’d watched as it had launched itself from a prominent branch overlooking the bay and attacked the air with its powerful black wings. It, like me, seemed content to watch the sun’s light hit the water, but from a different perspective, and for a different reason.

Without so much as a second of hesitation, the eagle dropped low, talons out, and snatched an unsuspecting fish from below the surface of the water, dragging its breakfast into the air and back toward its watchtower in a large tree.

To me, this spectacle was entirely new. I’ve never seen a bald eagle hunting like this. I am reminded of how close we all were to never seeing this at all. The story of the bald eagle is, like so many conservation stories, one of being pushed to the edge of a great cliff, before being dragged back by a sea of hands. It is considered by many to be one of the greatest conservation success stories in history. Not so long ago, this species was on the verge of extinction. Habitat degradation, illegal killings, pesticides, and contamination of food sources were all to blame. Humans were to blame.

However, humans also shoulder the responsibility for bringing this species, and many others, back from the abyss and helping to return them to stable and successful populations in the wild. In fact, some of the greatest threats that Bald Eagles face these days are due in part to the reality that there may be too many of them out there for current habitats to support. It’s ironic really, but something to be celebrated, nonetheless.

I have to admit something now. My weekend sojourn to Westmoreland State Park in the northern neck of Virginia was done selfishly. I was looking for an escape from the news, from the internet, from all of it. The last few months had gotten to me and for a second, I just wanted to be able to ignore it all. I recognize that there is privilege inherent in that. Escapism is something not afforded to all, and neither is the opportunity to see a bald eagle hunting in the wild.

It feels like we are living through one of the most difficult and contentious periods in American history. Fear and anger and sadness and confusion are coursing through our national bloodstream. I chose to seek a way out, just for a little, in the wilderness. What I wasn’t expecting was a campsite full of tents and families, dogs and RVs, but nature is nature, and it still beats my apartment.

I am again reminded of the story of the bald eagle. Our national symbol almost disappeared entirely. A species which never asked to be plastered on beer cans, and bumper stickers, and pins and hats and shirts and murals and the floor of the oval office also never asked to be threatened with total annihilation. But there it stood nevertheless, on the cliff’s edge, until people stood up and said no. They educated themselves, they had conversations, they passed laws, they made agreements, they changed their actions, and they saved a species. These people came together, and they gave the bald eagle another chance. 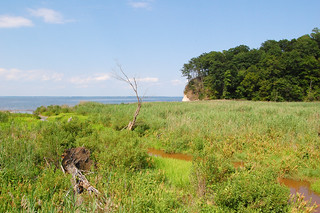