Though the Wildlife Center was closed to the public this year, there was no shortage of visitors around the Center grounds.

No, I’m not talking about human visitors. There was an abundance of wildlife species on the property all spring and summer, and even into the cooler fall months! There have been caterpillars, butterflies, moths, a couple of snakes, various songbirds, some resident woodpeckers, a black bear, a few hawks, tons of curious crows, ravenous ravens, and always-circling vultures.

But there was another group of wildlife among us almost every day. They were singing from the trees. They were soaking in the pond. They were sunbathing on the side of the building. They were everywhere. They were … frogs!

While it’s fascinating to work with and rehabilitate amphibian patients, it’s just as rewarding at times to see healthy populations thriving in the wild, especially when they’re just a few feet away from where we are working all day! 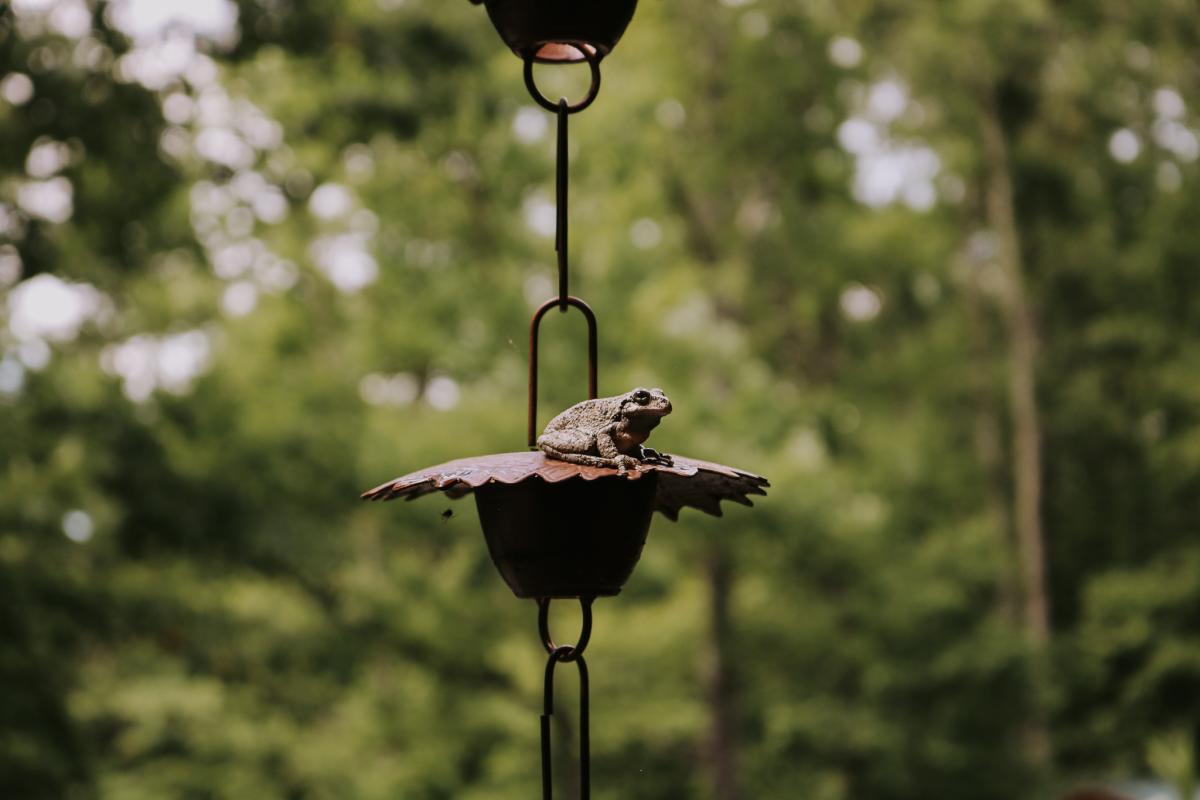 Everyone who knows me knows that my camera is never far from wherever I am. There were many days this year where my coworkers would rush back to my office, tell me to come to see something cool, and I’d grab my camera and run outside. After short bursts of summer rain, the gray treefrogs would come out and hang around the Center’s pond, on the siding of the building, and sometimes on the rain-catcher hanging from the roof. The green frogs that have made the pond their permanent home could usually be found perched on the rocks circling the water or hiding in the pond’s plants. Both of these species were such frequent sights, I started photographing them within a closer range. It’s important not to disturb wildlife while photographing them, but frogs tend to make it known when they dislike what you’re doing – they just hop away and you have to take the hint. Eventually, these short photo sessions lasted a bit longer, especially for the green frogs that grew more than used to our presence near the pond. 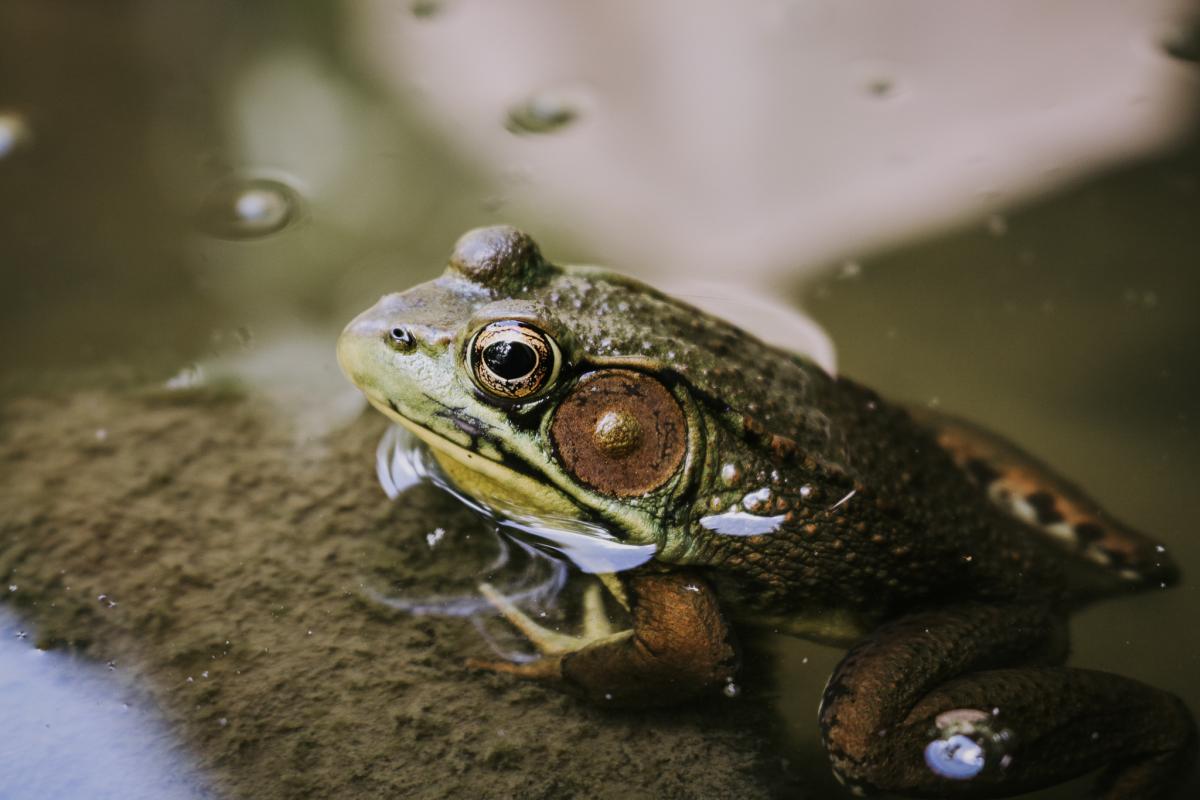 Sometime in August, Genesis called out for me to come with her outside. I took my camera just in case, and boy was I surprised to discover that the pond had a new guest – a species I had never seen before. A pickerel frog had seemingly appeared out of nowhere! 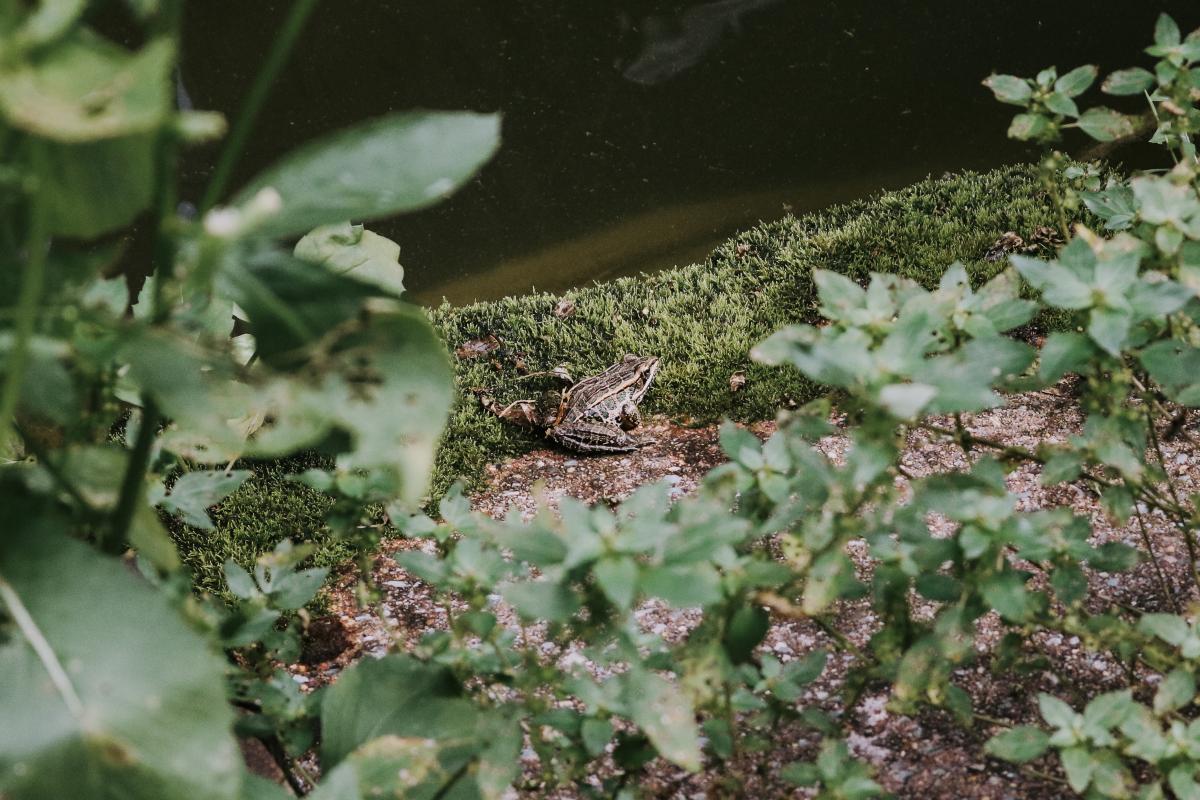 Originally, I thought this year would be quite lonely at the Center. Many people had to work from home, our public in-person programs were canceled, and we all had to get used to social distancing. However, I found so much joy in photographing these little frogs, and when you work at a wildlife hospital in the middle of the forest, you’re never truly alone. So, while some may say that 2020 has gone to the dogs, I’m squeezing some positivity out of it, and I say this year goes to the frogs. 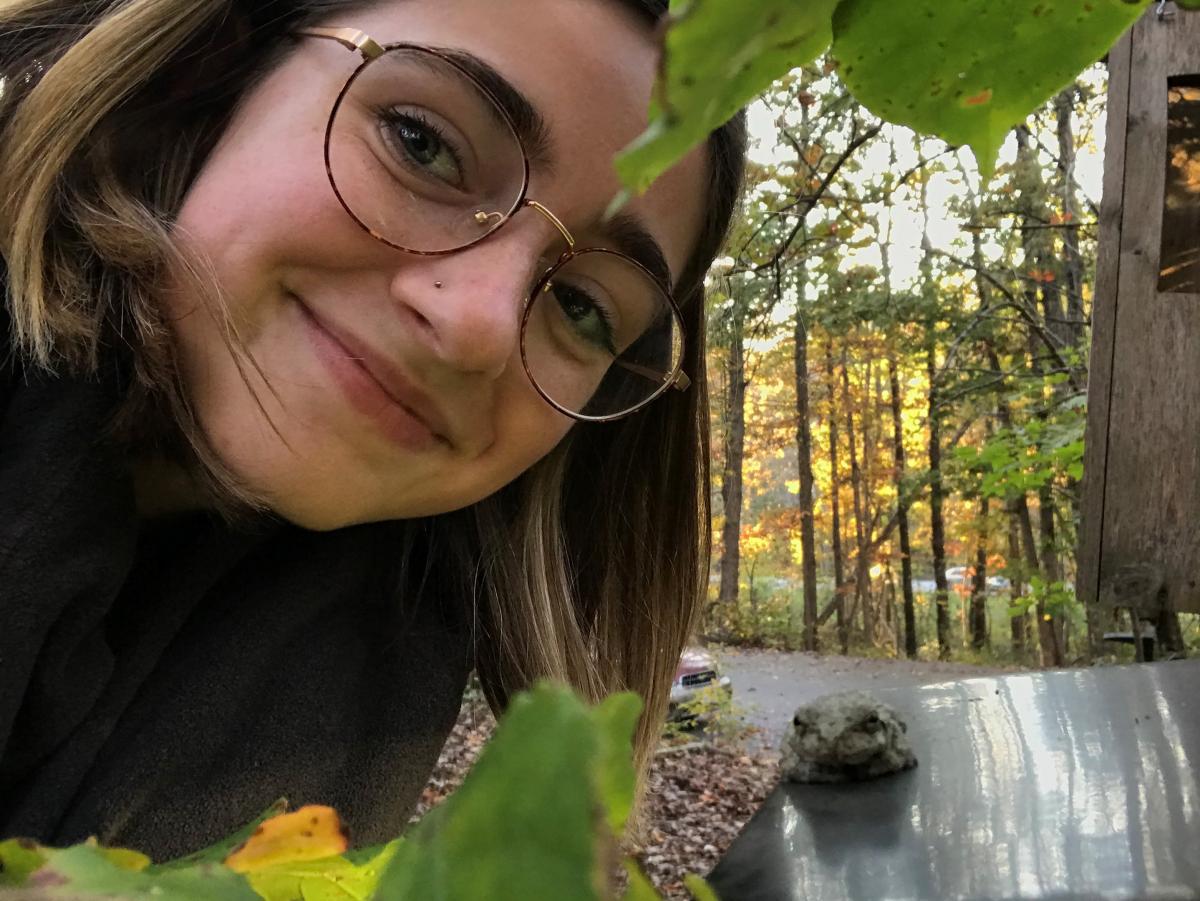