While many unexpected events happened this year, there are plenty of great memories that I can look back on. One memory that stands out most to me is my first intake of a female Eastern Hog-nosed Snake.

I received a call when a private citizen found a snake entrapped in garden netting. We get these calls more often during the warmer seasons when reptiles are on the move. The citizen who reported the stuck snake was especially fearful of snakes but called to report it anyway. I was especially grateful for this. I was lucky enough to know of a volunteer in the area who was experienced and felt comfortable in containing the snake and bringing it to the Center.

When the Hog-nosed came in, the entanglement in the netting was worse than I was expecting. It was tightly wrapped around the snake’s head, constricting her ability to open her mouth;  the snake’s entire body was wrapped several times over in the netting. The best part of getting this Hog-nosed in was not only freeing her but also to witness her defense mechanisms up close. As soon as I opened the box, the snake starting hissing loudly and flattening her head to mimic the look of a venomous snake (though Eastern Hog-nosed snakes are non-venomous). The next part of her dramatic display was to turn over on her back and pretend to be dead. This behavior is in hopes that the potential predator will move on if the snake looks dead.

I was able to hold the snake as the veterinarians slowly cut away the netting. It took a while to get the snake free, but the hog-nosed came out of the entanglement relatively unharmed. It’s likely the snake wasn't trapped for long before the citizen found her. The snake was released that same day, close to the rescue location, by the Center's Wildlife Care Academy Coordinator Maggie. She was also able to photograph this special moment. The snake immediately slithered away under a brush pile to continue her wild life. 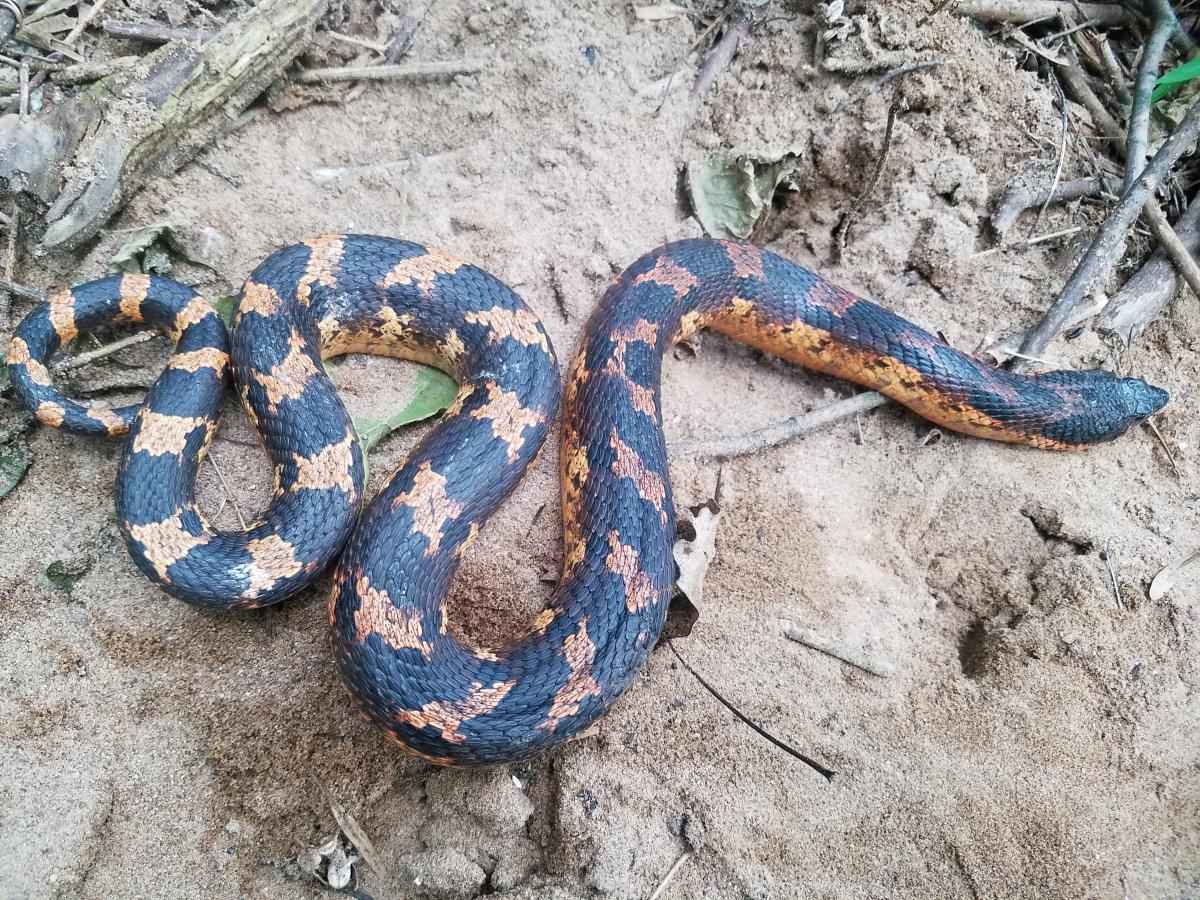 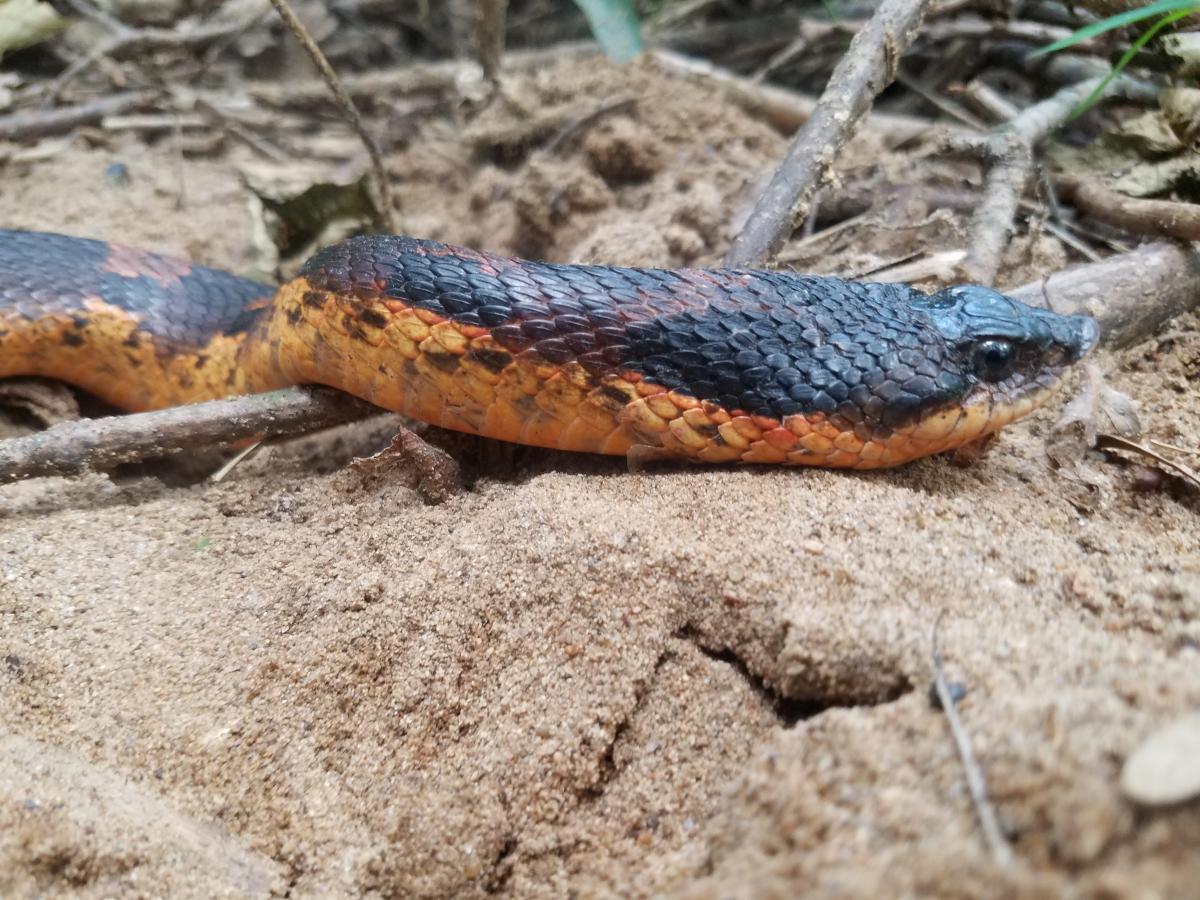 This memory, while a happy one, does remind me of the danger garden netting poses to wildlife. It's easy for snakes to get trapped but extremely hard for them to free themselves without human intervention. Most of the time they have an unnecessary slow death due to injuries, predators, and starvation. A better alternative is using a more rigid, wide-holed thread to allow snakes to move freely through it while keeping plants and vegetables protected.