It’s late at night and you hear something outside. Curious, you move closer to a window, peek outside, and see a pair of small eyes looking back at you. These eyes appear to belong to an animal searching for food –  and the food it's searching for is in your trash can.

When you go outside to investigate further, you see the animal climb out of the trash can and hurry away. In the dim light, you could barely make out what the animal is –  a Virginia Opossum! 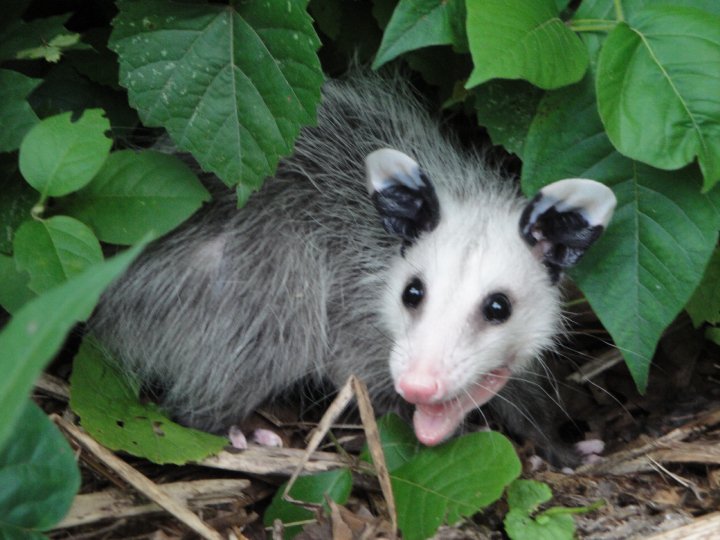 Most people would think an animal rooting around in the trash is a nuisance and it doesn’t belong there.

“They could harm my pets.”

“They are just ugly.”

These are all thoughts someone might have about this opossum; but this opossum visitor was only searching for something to eat, wandering through the woods with its nose leading the way. The great sense of smell is the main way an opossum searches for food, and in this case, it led to the opossum to your leftovers instead of a berry bush or wild mouse.

The Virginia Opossum is the only marsupial found in the United States, and they are considered “opportunistic omnivores”; this term means that not only will the opossum eat both meat and plant material, but it will eat almost anything that it can find that’s edible, including your trash.

Opossums are one of the main species that are viewed as a nuisance –gross creatures who eat garbage. They are, however, very fascinating creatures and, in my opinion, are very underappreciated. Even how this opossum was able to find and get into your trash can is interesting. Virginia Opossums have a very acute sense of smell and not very good eyesight or hearing, so the smell of your trash led the opossum to your yard. “How did he get in there?” Well, opossums are amazing climbers because they have opposable thumbs that help them grab branches (or fence posts) and a prehensile tail that they can wrap around tree limbs to help them keep their balance. Climbing normally allows them to find food such as eggs out of nests or fruits in trees, but in this case, it helped this opossum climb over your fence and into your trash can. 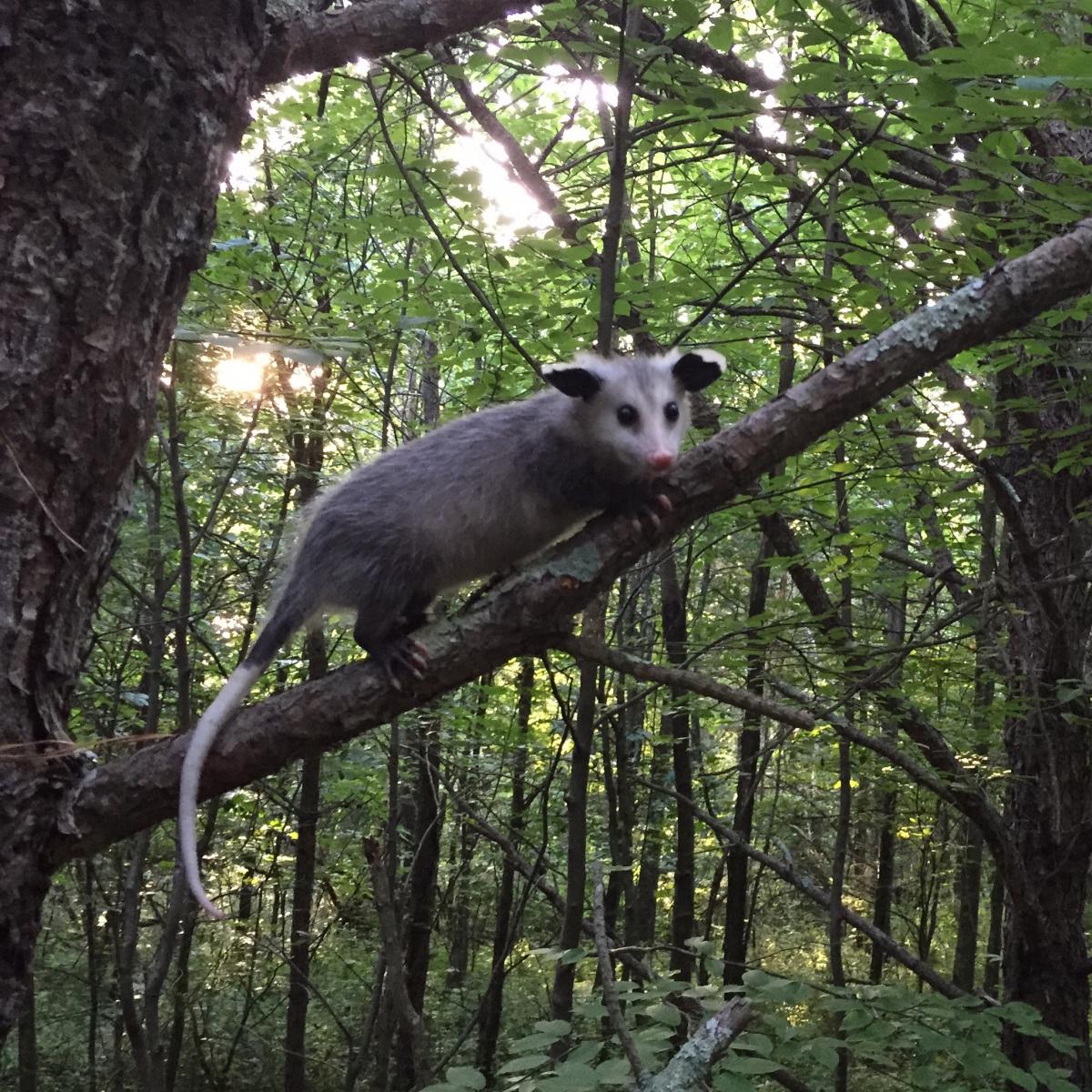 In this story, the opossum ran away – but it’s not always a terrible thing to have a wild neighbor, like this opossum. Since they are omnivores, they are predators to the rodents who sometimes get into our homes and can spread diseases. These small rodents might be considered vermin to us, but to a hungry opossum they are a tasty snack. Another food source for opossums are ticks. A single opossum will eat thousands of ticks during its short life span of only three years – another way they help control the spread of disease. I wouldn’t call that a nuisance.

What about this wild neighbor going after our pets? Opossums don’t want to attack you or your pets; they aren’t great fighters. Humans and our pets seem like predators to them, and most of the time they will simply try to escape. If escape isn’t possible, opossums have a unique defense mechanism – they play possum! This term refers to their instinctual response to roll over and play dead. This is not something they choose to do – it is driven entirely by instinct. They will even secrete a foul smell with the hope that nothing will want to bother a smelly, dead opossum.

Humans are encroaching on wild spaces more and more; this leaves less space for wildlife and means humans and wildlife are sometimes in closer contact. With less wild habitat, wildlife (like opossums) will sometimes search for food in what humans consider “our” space. The search for food is what leads to many wildlife-human conflicts, and sadly some of these conflicts result in the animal needing help from wildlife rehabilitators, like the Wildlife Center of Virginia.  Doing simple things such as double bagging trash to mask the smell more or using bungee cords to tie down trash can lids can help avoid conflict.

Changing our perspective and some of our behaviors can make us better neighbors to the wildlife with whom we share habitat. 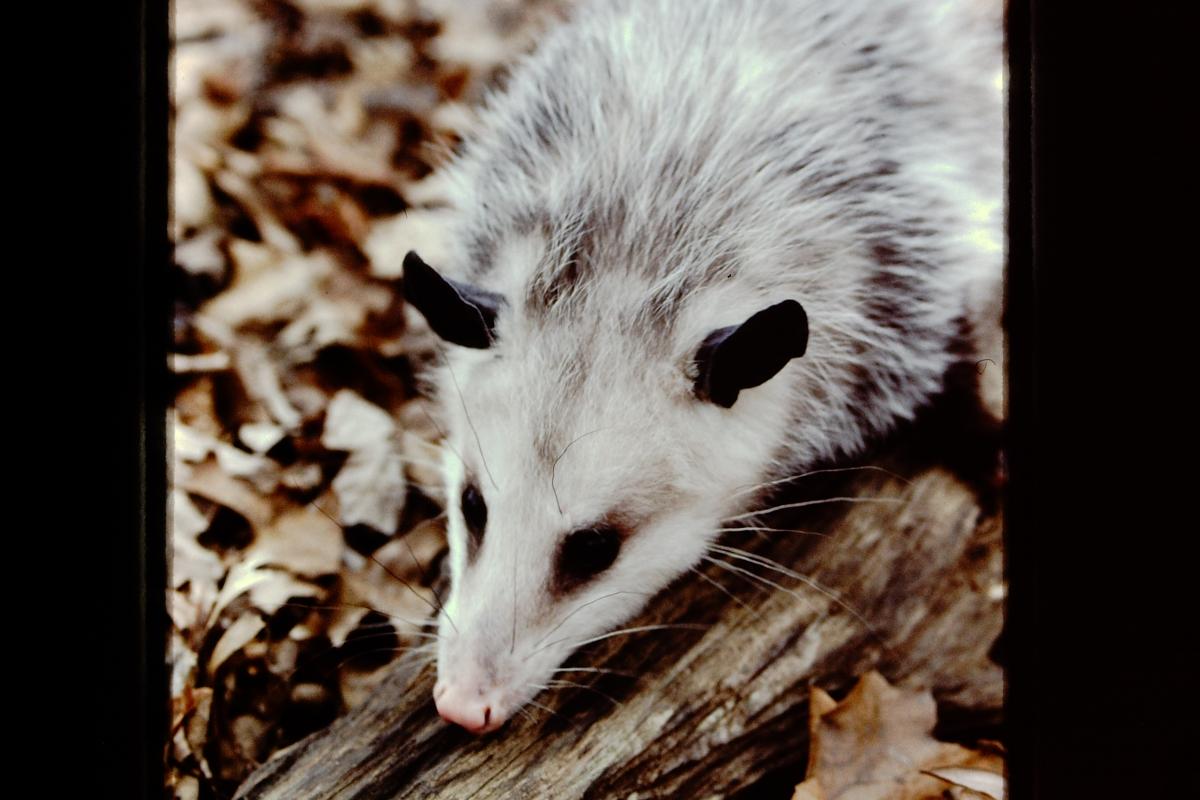 As an outreach extern at the Center, part of my job during the next few months will be to talk to the public about wild animals.  I have worked with many opossums both as rehab intern and as an educator at other facilities. Like many other people, I didn’t fully appreciate the Virginia Opossum until I started working with them and learning more about them. I grew rather fond of these creatures, and they are now one of my favorite animals to work with or talk about.

During my time here at The Wildlife Center of Virginia, I look forward to doing programs, sharing patient stories, and writing more blog posts to help people learn more about the wildlife that is generally considered “nuisance”, and I hope that this new knowledge will help to foster an appreciation and understanding.

[Editor's Note: If you want more opossum content this spring, you can sponsor our opossum patients through the Caring Critters program! ] 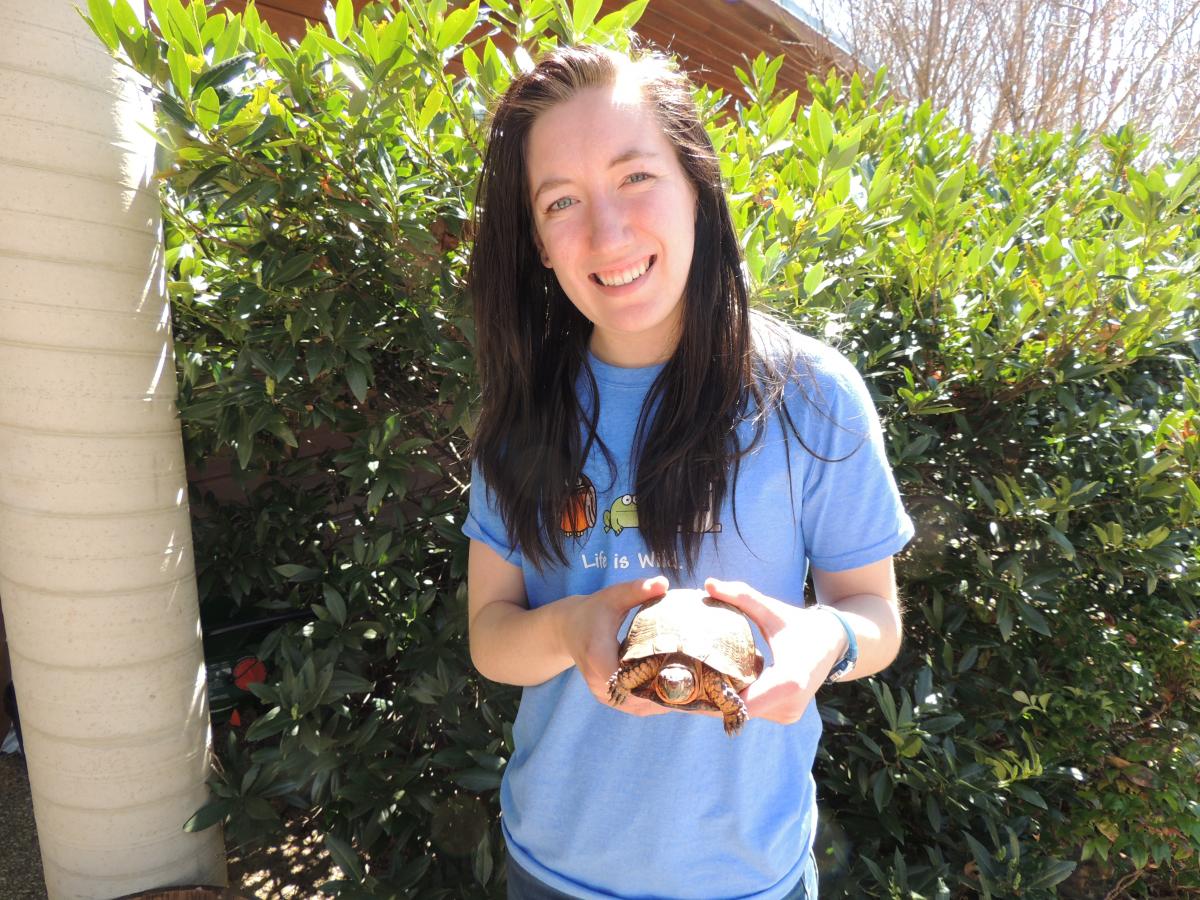