During my rehabilitation externship at the Wildlife Center of Virginia, I learned that people struggle to understand and connect with snakes, a reptile commonly seen in our state. As an extern, I worked hands-on with non-releasable education snakes as well as patient snakes, which undergo rehabilitation with the intent of being returned to the wild. Working with snakes made me realize that, even I -- an animal lover -- initially struggled to warm up to these cold-blooded creatures. I had to ask myself, "why are people generally so hesitant to learn about snakes when they can be found all across the globe?" 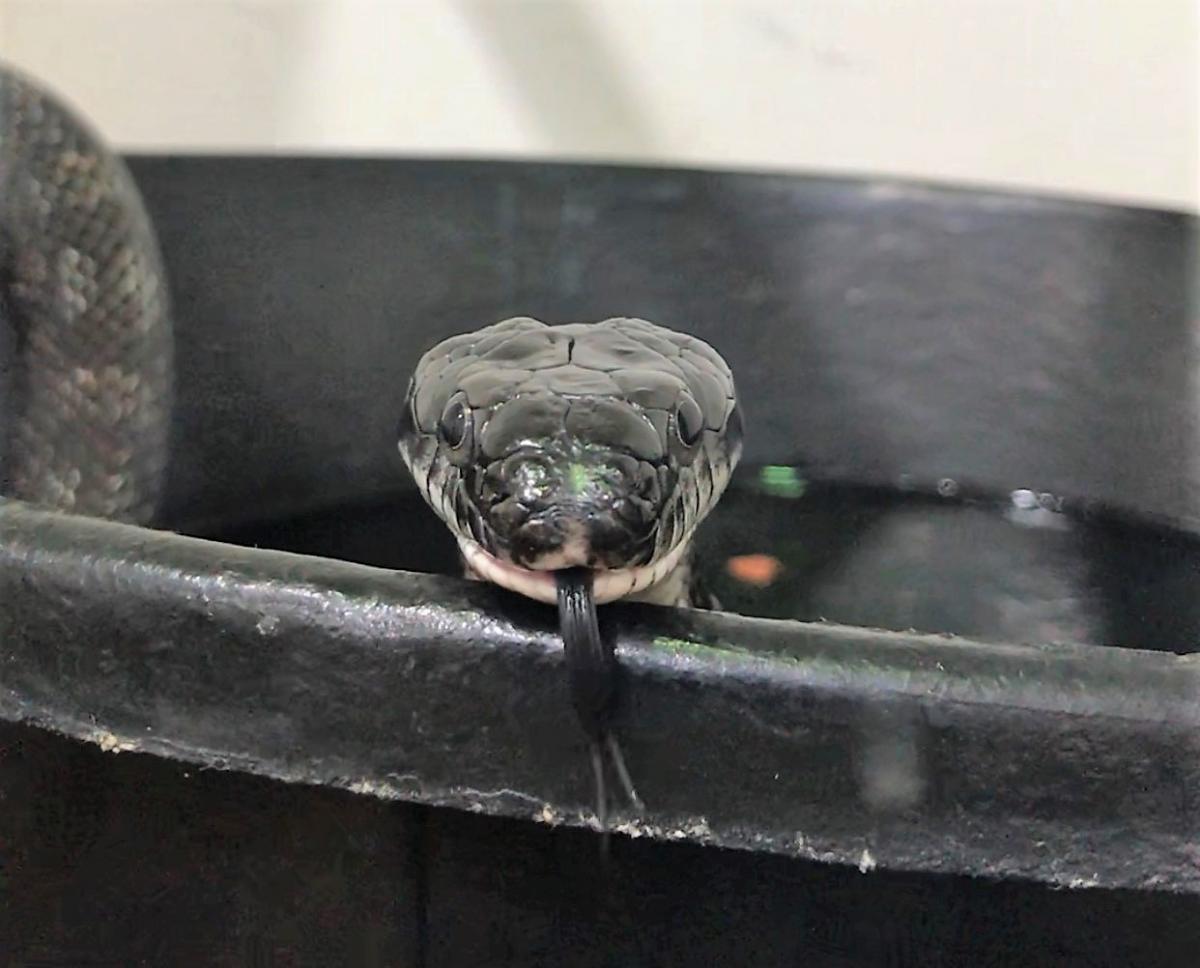 Throughout history, snakes have had a misrepresentation through religion, media, and even children’s stories. We know that the snake in the Garden of Eden is Satan, the embodiment of sin and temptation. We know that the most malicious character in the Harry Potter franchise always has a snake by his side. We watched Kaa, a villainous snake in The Jungle Book, even try to kill the film’s main protagonist, Mowgli. Interestingly enough, in the original books written by Rudyard Kipling, Kaa the snake was actually a mentor and friend to Mowgli; however, when the text was being translated into a film script, the creators felt that viewers would not be able to recognize a snake acting as anything other than a villain. Thus, there lies a clear answer to my question. The fear of snakes has been culturally taught to people from childhood to adulthood, through evil characterizations.

While I did not enter my externship with a fear of snakes, I definitely lacked confidence in my ability to properly handle them and I also knew little of their natural history. I soon learned that in order to feel comfortable around snakes I had to respect them, and respect comes from one simple step: getting educated. I had to come to terms with the fact that snakes are harder to interpret than other species, such as those within the mammal family. Most people do not fear dogs or cats, likely because we can read their facial expressions and can intuit the emotions behind their body language. We know that a dog baring its teeth is a defensive posture, and a cat with its back arched and fur sticking straight up is displaying fright. Snakes, however, do not have many physical indicators to show when they are uncomfortable. The most obvious display would be if the snake curved its body into the form of an "S", along with raising its upper body off of the ground, but even this may be hard for uneducated people to recognize. For this reason, it’s difficult for the average person to differentiate a relaxed snake from a frightened snake, until becoming educated about their other unique mannerisms. 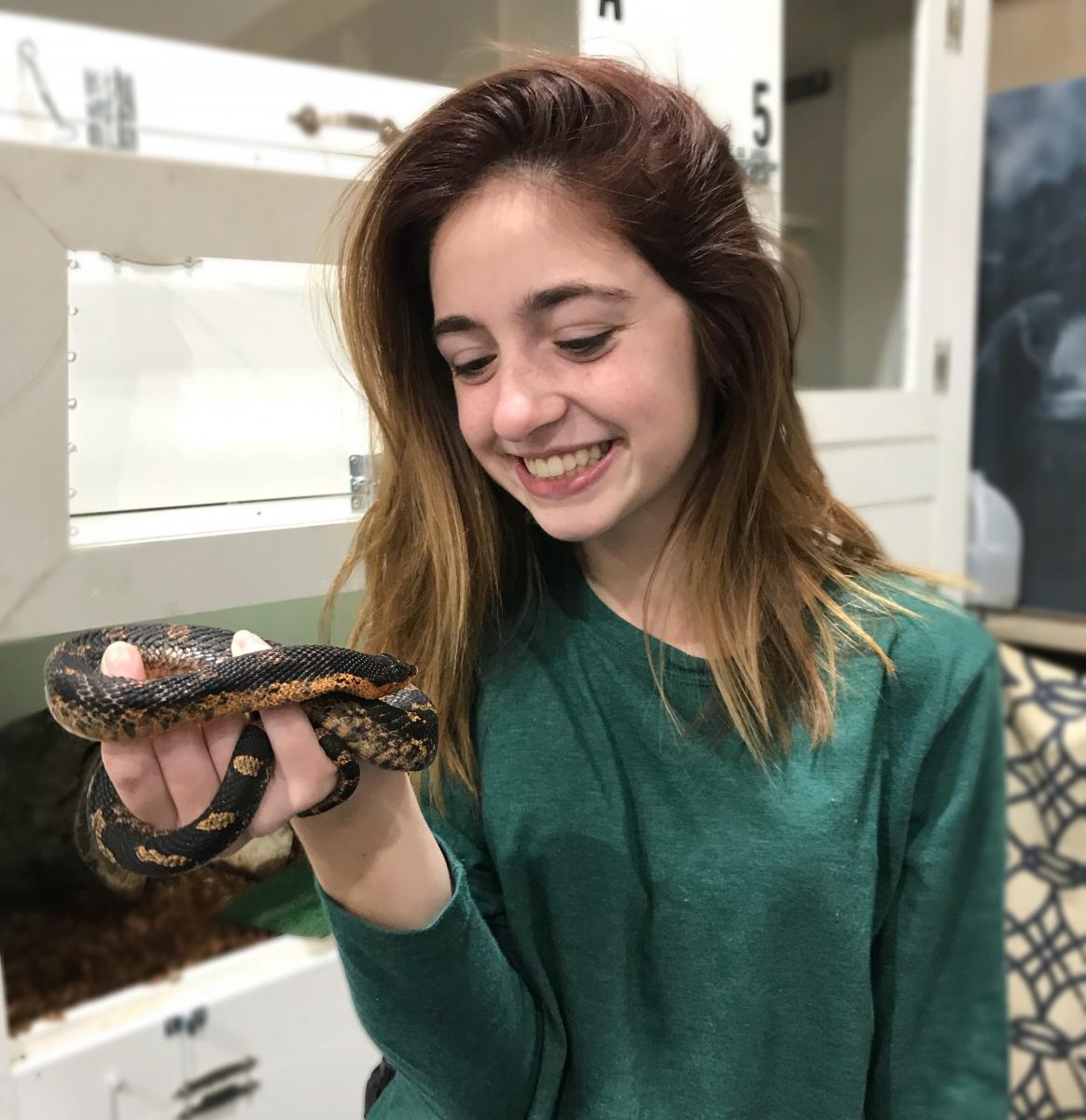 For example, hognose snakes -- such as Oscar, one of my favorite education ambassadors here at the Wildlife Center -- show fear in a very unique way. They will roll over on their backs and play dead, just like an opossum would. They might also release a musk -- a foul odor that makes most predators believe them to be dead. Another defense mechanism a hognose snake might exhibit is flattening out their bodies which is a way of making themselves appear larger and more threatening -- they also hiss loudly. My favorite thing about the hognose -- and this is what truly began to change my opinion on snakes -- is that they will strike, but rarely will they open their mouths to actually bite.

People who claim to be afraid of snakes might not realize that they are actually letting the fear of being bitten override any other thoughts or emotions they may have regarding these reptiles. In fact, snakes are just as scared of us! If a snake has an encounter with a predator, whether it be a raccoon or a human, their only form of defense is their mouths since they do not have claws or any other means of protecting themselves. With this in mind, my apprehension surrounding snake handling was quickly put to rest. I knew that it was my responsibility to ensure that I was not coming across as a threat. I had to keep in mind that they saw me as the predator, not vice versa.

Since my first time handling our snakes, I have grown more and more comfortable. I have begun to look forward to days when I would take care of them. I loved learning new things about the different species we have and the more I learned, the more respect I gained for these beautiful creatures. In the end, I did not fear these animals, it was just my own ignorance holding me back. It is amazing how much the mind can change in such a short amount of time and I am so thankful for the experience I have had here at the Wildlife Center working with our snakes, Albus, Severus, Malcolm, Clifford, Max, and Oscar. They have truly changed my perception of snakes and slithered their way into my heart! 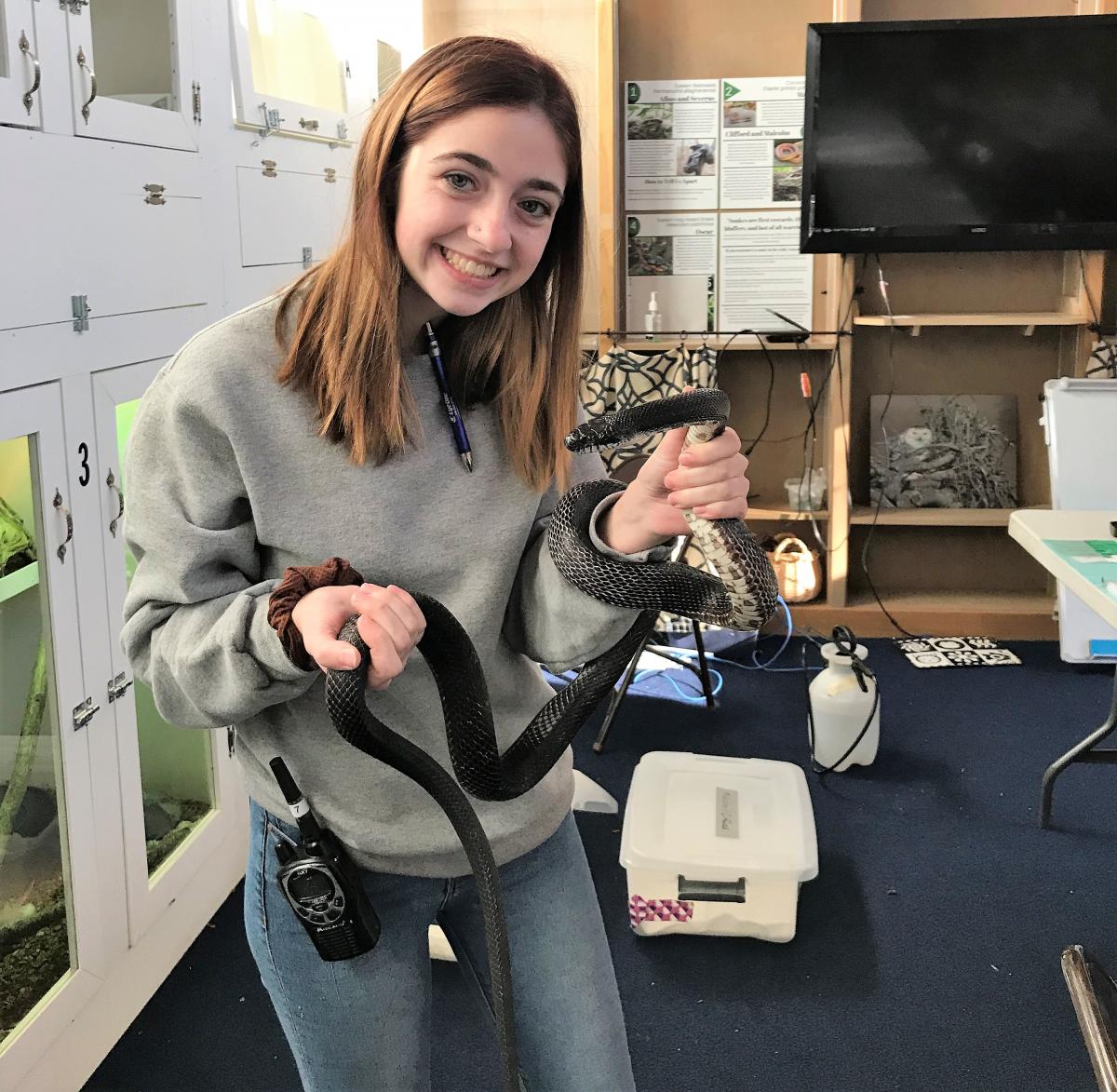