One of my 2019 highlights took place this spring when a concerned citizen arrived at the Center with a tiny snake contained in a sealed Mason jar. The citizen had brought it in because she found it after her cat attacked it, and she thought it was venomous. Typically, when people bring us snakes to confirm whether or not they are venomous, it’s usually too late – the snake has already been killed. I was prepared for the worst when I saw no ventilation holes in the jar lid and that the snake was not moving.

However, to my surprise, this snake was very much alive! When I removed the jar’s lid, it began to perk up and I was ecstatic; I immediately recognized that it was not a venomous species, but instead a nonvenomous, juvenile Eastern Ratsnake. Eastern Ratsnakes are commonly misidentified by the public; the snakes of this species commonly flatten and triangulate their heads, mimicking venomous species like Copperheads.

Fortunately, after a few days of veterinary care for the wounds inflicted by the cat, this snake was ready to return rightfully to the wild – in the neighborhood right next to mine! Watching the juvenile snake slither back into the brush was one of my favorite releases so far. It is always wonderful when we get to see a patient through to release; who doesn’t love a happy ending? 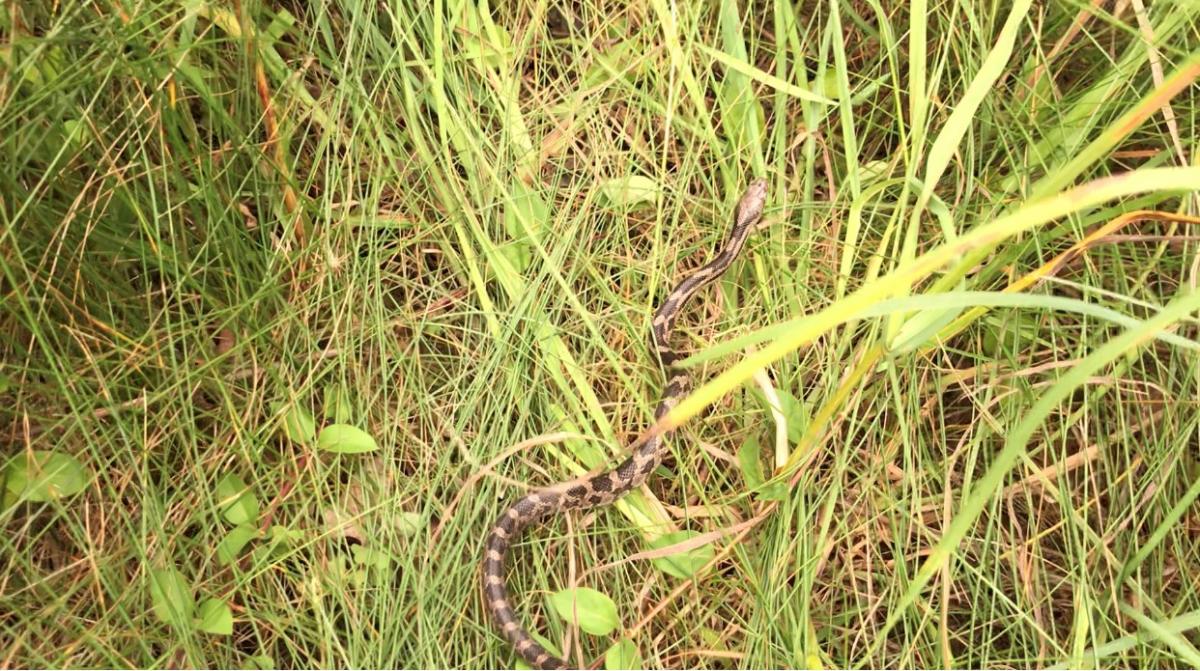