One of my favorite work perks is being called upon to release healed animals back into the wild.  Not a year has gone by that I haven’t released opossums, rabbits, or songbirds. I’ve also had the occasion to release owls, frogs, turtles, hawks, snakes, and pine voles – viciously defensive little mammals!

But in 2019, I had a first: a beautifully stunning Pileated Woodpecker.

He was admitted to the Center after being hit by a car and suffering neurological trauma. Fortunately, he just needed a short time to recover. It wasn’t long before the woodpecker was attempting to escape from his enclosure in the aviary (by any means of destruction) and the full- grown adult Pileated wasn’t hiding his intention. He was determined!

When Kelsey asked me if I would be willing to take the woodpecker home overnight and release the following morning, this bird nerd was delighted! Pileated Woodpeckers have beautiful plumage, purposeful flight pattern, and calls that sound straight out of Jurassic Park. It was a thrilling prospect to play a role in returning this one to the wild!

Despite my colleagues’ warnings that the Pileated Woodpecker would be a “noisy house guest”, he was very quiet through the night. However, once the sun rose, he started hammering on the crate door, determined again to escape. Before I could get ready for the day and out the door, a crash rang through the house – he had managed to turn his crate over! 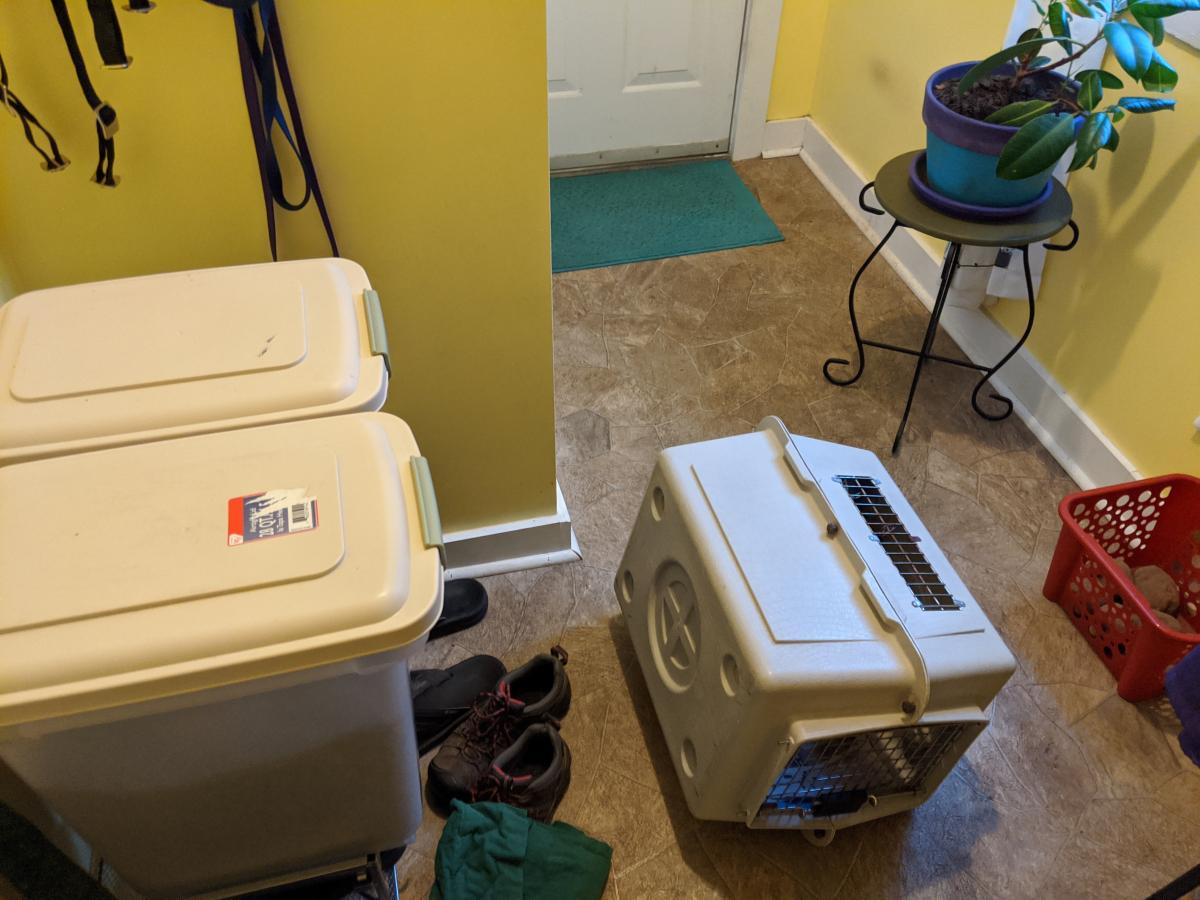 He needed to go! Not only was he driving my dogs to bark as if someone was trying to break through the wall, but he also was going to hurt himself with all of that thrashing about and LOUD hammering!

I threw on my owl hoodie, grabbed my keys and the crate, and headed out the door, still in my pajamas. Fortunately, I knew of a secluded spot near the rescue location that was perfect. It took me about five minutes to drive there – and the Pileated Woodpecker hammered on his crate the whole way. 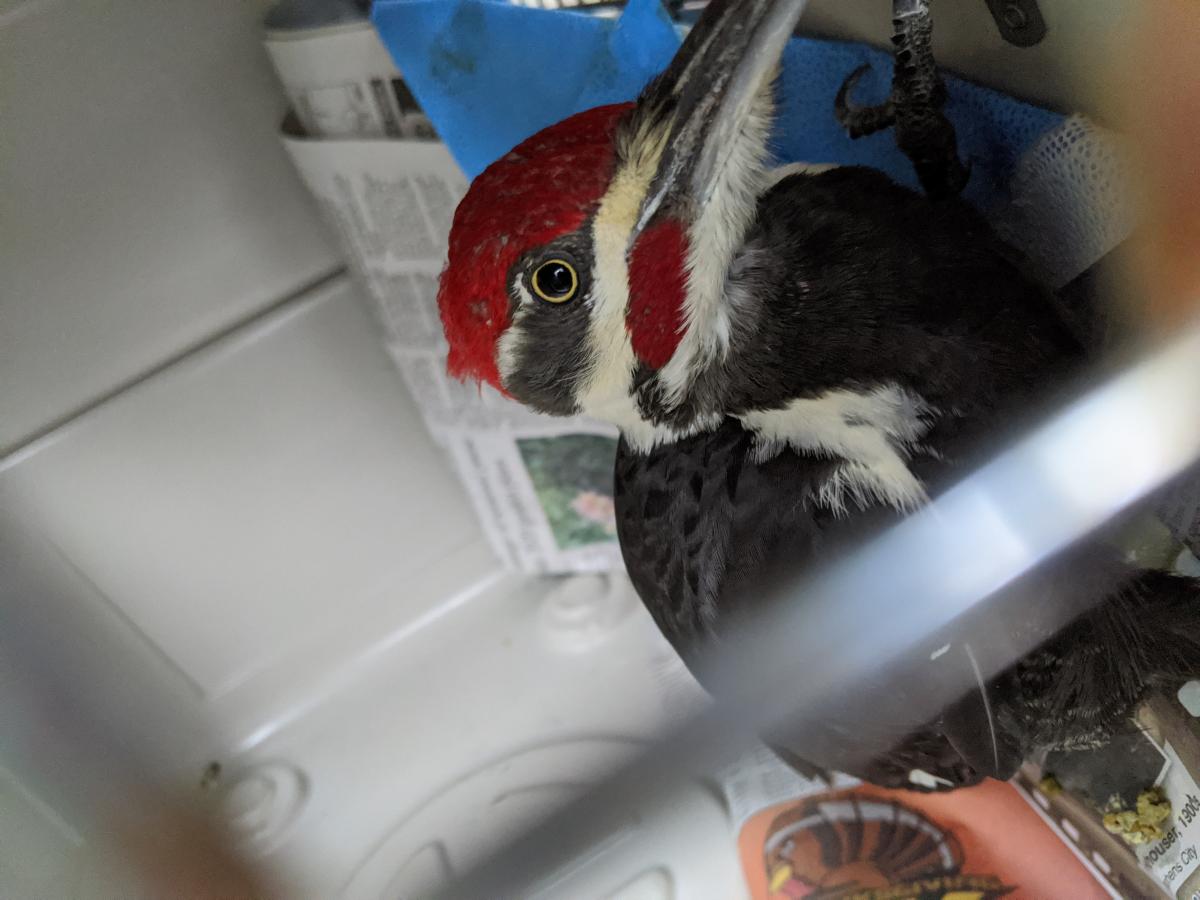 Once the crate door was opened, the Pileated Woodpecker touched the ground for about half a second before flying to a group of trees. He climbed up the side of one, gave me one last glance, and was gone.

We all have hard days at work, days that it seems like nothing goes right, we made a mistake, or we just feel exhausted. I was having just that sort of day when I was asked to release this woodpecker. He needed someone to open his crate door, and I needed him to remind me why we have tough days. I’ll remember this specific patient for a very long time!