Wildlife rehabilitation has its highs and lows, and this year was no exception. In February, I started as the wildlife rehabilitation intern at the Wildlife Center. I had some previous experience, so I thought I knew what to expect for the coming year – but let me tell you, wildlife rehabilitation is never what you expect, no matter how prepared you think you are. This year has challenged me, in a good way, to expand my knowledge and skills in order to care for the many patients that have come through our doors. I have learned more and had the opportunity to care for more species than I ever could have imagined -- from baby birds to baby mammals and adults of all species. However, a couple of moments stick out to me when thinking back on my time here at the Center.

First, the best memories I have are seeing the students get excited and passionate about wildlife rehabilitation. In my position at the Center, I have had the opportunity to work and train many students from various backgrounds from all over the world. It’s amazing seeing the students come in with little-to-no experience and being able to show them how to care for the smallest and the largest animals at the Center and watching them work hard to achieve the goal of releasing these animals back to the wild. Helping the students through the lows and the losses and then reminding, and rewarding, them of the highs and releases is the best part of the job. It’s an honor to help them understand and remember why we are doing this job – with no money, no time to ourselves, and a rollercoaster of emotions, every day. Nothing beats the experience of raising a tiny orphan, watching it grow and develop, and then being able to release it back into the wild where it belongs. 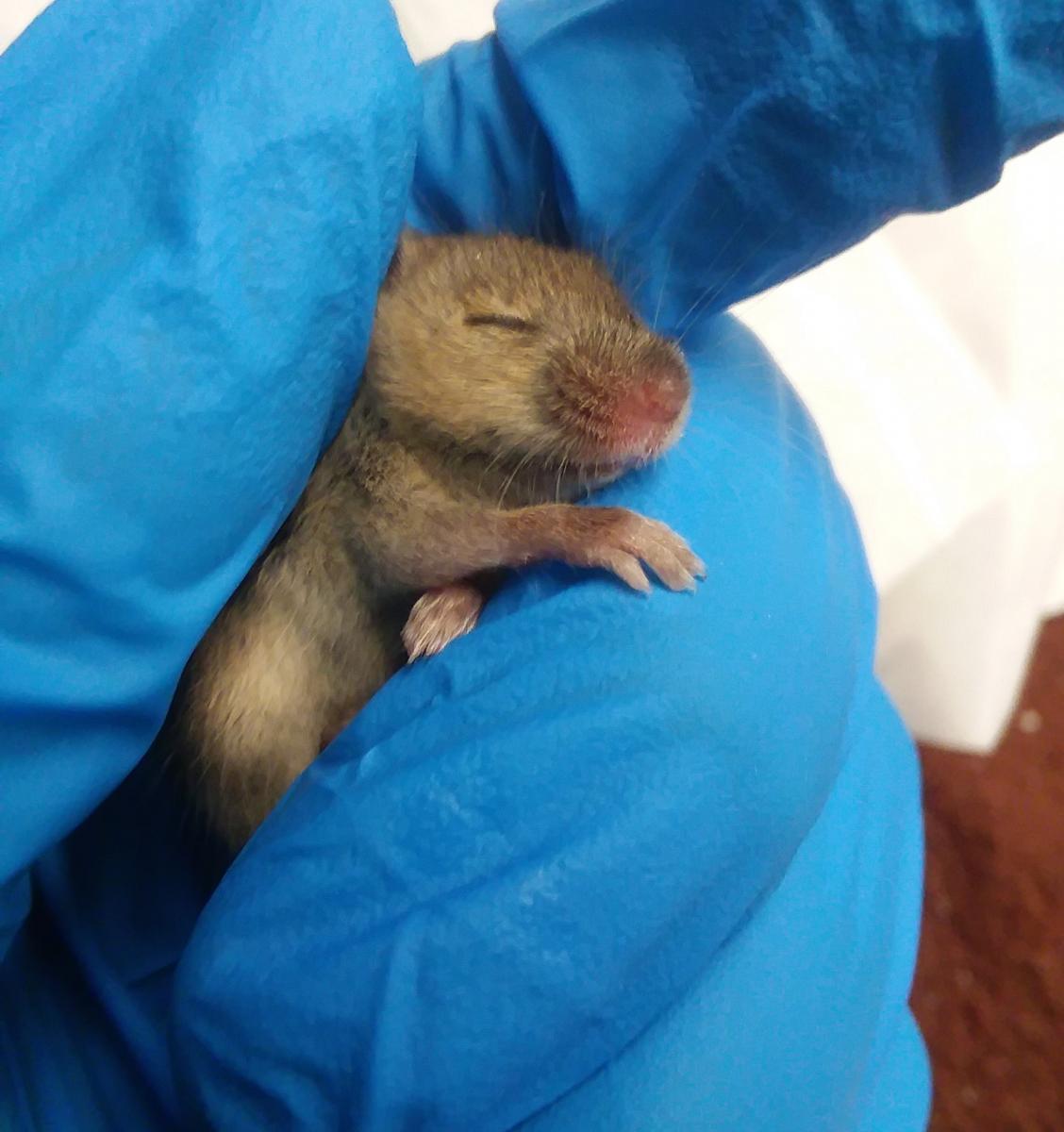 The most memorable cases for me are two of our smallest patients. In late September, two eyes-closed Eastern Harvest Mice were admitted after they fell out of a bale of hay that was being loaded onto a trailer. This species is typically found in the western part of the state, in habitats with grasses and other plants. The two mice were admitted in the early evening and after weighing them (only three grams!), feeding them (tiny mouths are very hard to feed), and putting them into an incubator for warmth, I could only hope and wish that they would make it through the night – and they did!

Mice grow and develop very quickly; these two opened their eyes within 48 hours of their arrival at the Center. As soon as they opened their eyes, both within hours of each other, the mice started eating solid food, and caring for them became easier, although no less stressful when it comes to concern for their well-being. To prepare them for their release into the wild, we introduced wild foods – berries, seeds, and other plant matter, and began to acclimate them to the outdoor temperatures. 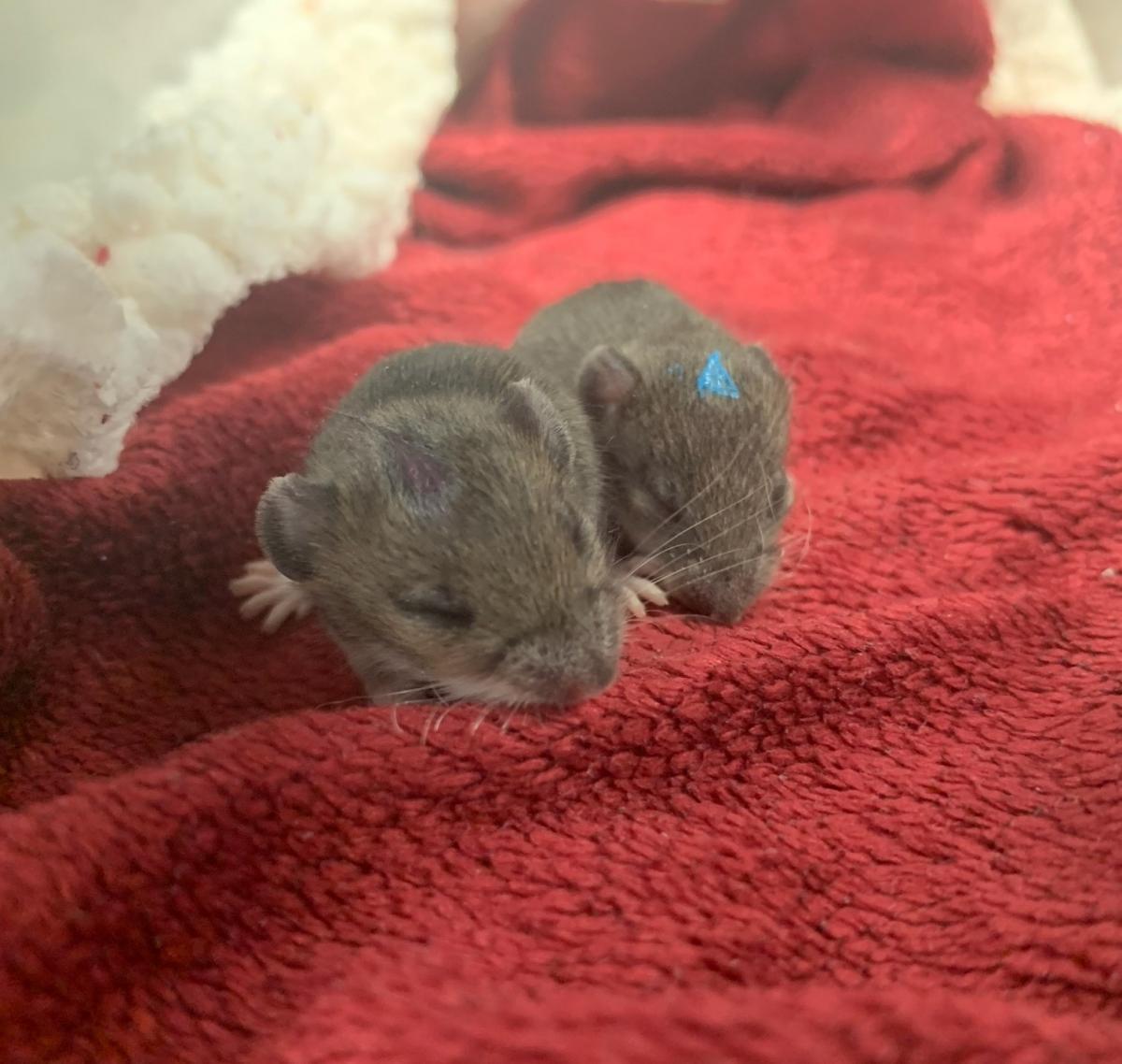 Then their story took a twist: the night before they were to be released, they figured out how to escape their enclosure and disappeared for two days! As we were unsure if they self-released outside or inside our ICU, we set live traps in hopes of catching them for a proper release, since the building is not suitable habitat for two little harvest mice. With luck, we were able to catch both of them! We gave them some fluids and a decent meal, and then gave them a proper release at a suitable site! They were much happier being in the wild than being stuck inside the building.