My father John Huwa passed away 10 years ago this month.  I don’t think my dad ever owned a bird guide; he certainly never kept a “life list” of the birds he had seen – but he had a great appreciation of wild things.  Some of my fondest childhood memories are of the times he and I would set out in his pickup truck to explore the plains east of Denver – looking for a rabbit or a fox, or a hawk or an owl, or the exposed hillside that hosted a nesting colony of swallows.

My dad was also a World War II veteran – he served in the U.S. Navy in the Pacific, aboard LST- 737 – but he never talked about the war.  He had no interest in going to Hawaii – he’d been there once, and didn’t really want to go back.  He wouldn’t buy a car made in Japan [he eventually got over that and became a devoted fan of Toyotas].

One time I asked him what his job was aboard the LST.  He told me that he was a boiler tender – it was his responsibility to make sure that the boilers were producing the steam needed to turn the turbines that powered the boat.  As a kid, that didn’t strike me as being a particularly “glamorous” assignment – I mean, there were no “boiler tenders” in starring roles in war movies, but that was his job, and he did it.  And … I’ve come to appreciate the importance of his military service, and what he did.

In some ways, part of my work at the Wildlife Center is being a boiler tender.  I do what I can do help make sure that we have the steam – the financial resources – that we need to turn the turbines that power the organization – the work of the veterinarians, and the rehabilitators, and the outreachers.  When I reflect back on 2018 at the Wildlife Center, I don’t really have any personal red-letter memories.  I didn’t transport or rescue or release any particularly notable patients.  On the day of the Ice Storm Apocalypse, I was working from home – I dodged no falling branches or trees, our house never lost power.   I’ve read with awe and admiration my colleagues’ stories of rescue; the fact that no animal was injured or killed during that horrific storm is a testament to the bravery, compassion, skill, and dedication of the Wildlife Center staff – and more than a bit of good fortune. 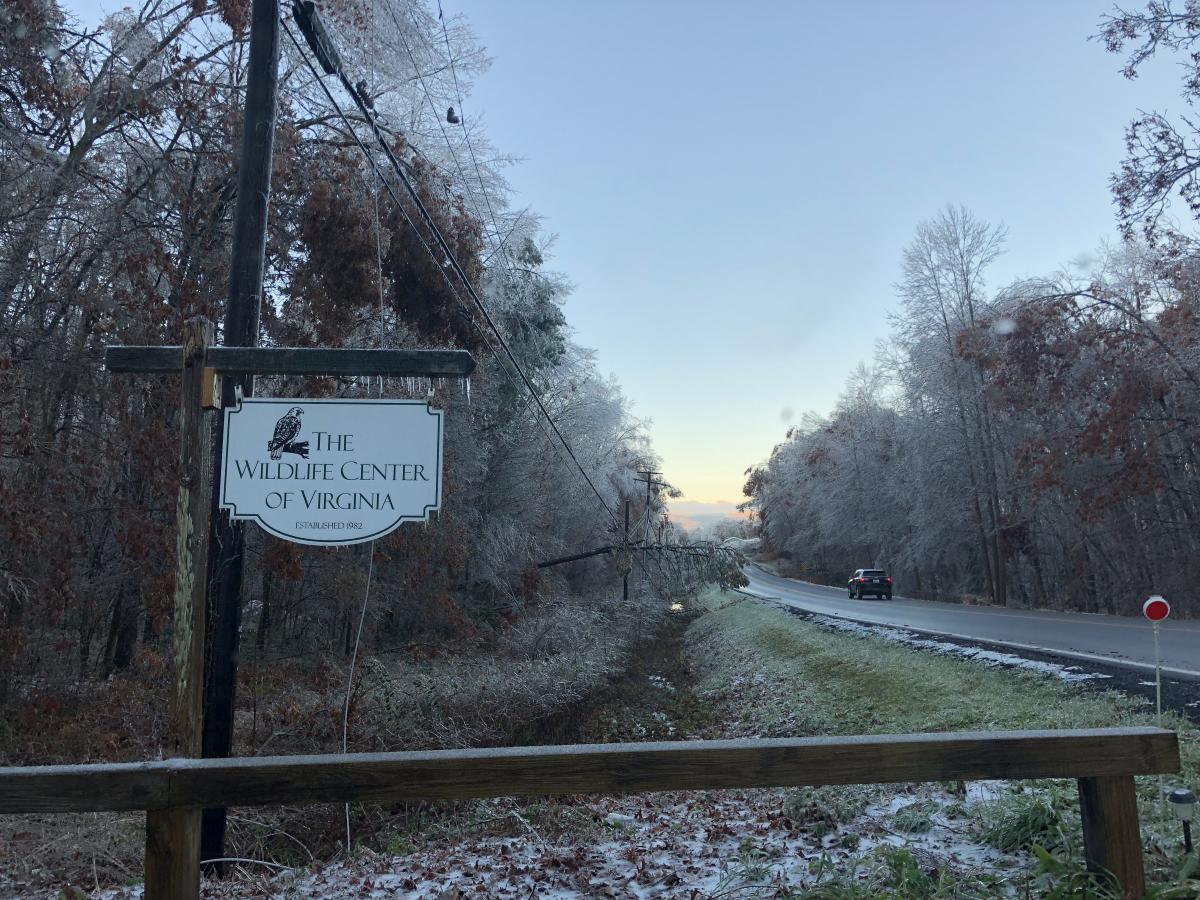 My strongest memory of 2018 was in the days after that November 15 ice storm – when power was finally restored to the Center, and a backlog of emails started filling up my inbox:  notifications of donations – from caring people who wanted to help out the Center during this emergency – from across Virginia, from across the country, from around the world.  Even before the power was back on and we were able to more fully describe what had happened, kind and caring friends had stepped forward to help – a generous wave.  And those contributions continue to come in.

We weathered a big storm.  We have significant repairs and replacements to take on, but recovery is underway.  And I am so very grateful for those who are helping us with the “steam” we need to move forward.