You may remember Bobcat #17-2688 – the bobcat who became semi-famous after she was hit by a car on Thanksgiving Day 2017, got stuck in the grille of the car, and traveled more than 60 miles before the driver realized she was there! Richmond Animal Control rescued the bobcat and brought her to the Center for treatment of injuries sustained when she was struck by the car. 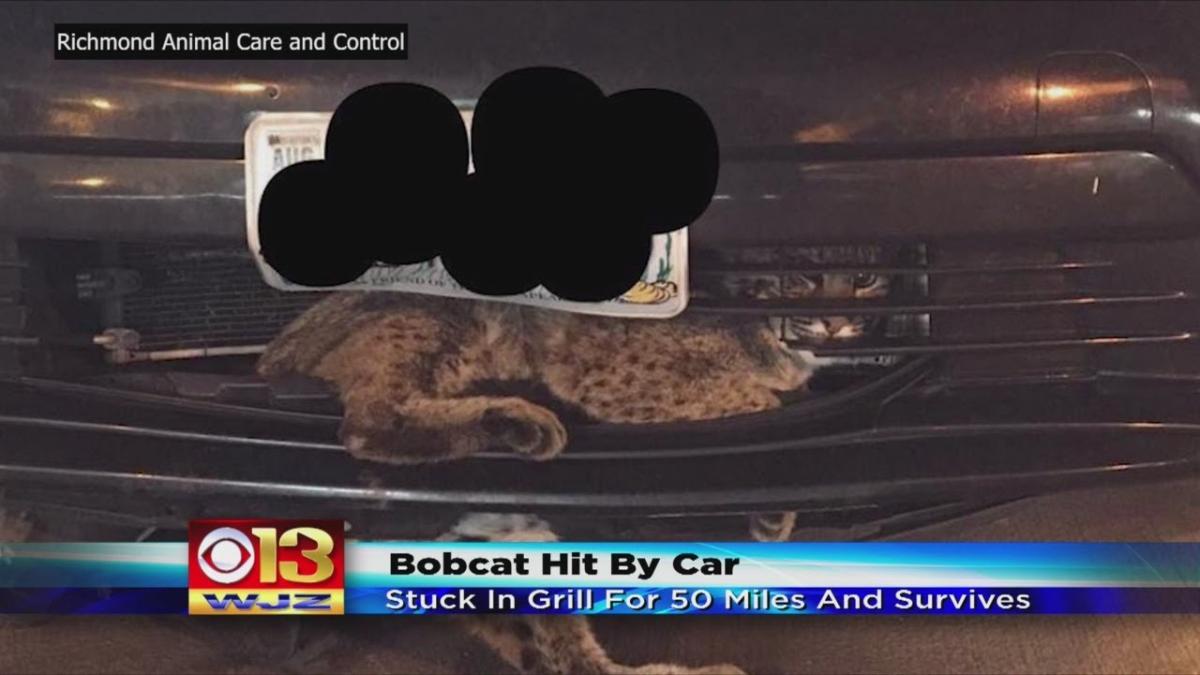 By March 2018, Bobcat #17-2688 was ready for release (yay). Rehabilitator Brie coordinated a release date and location with a DGIF biologist. The bobcat was to be released in a wildlife management area near Richmond.

All of the media attention the bobcat received after the rescue meant that reporters and the public wanted to follow up on the final chapter of this bobcat’s saga. Several reporters wanted photos, video, and interviews with Brie (who was releasing the bobcat), so, leading up to the release, I was busily coordinating interviews and sending photos to media outlets.

On the morning of March 2, several of us (staff and students) loaded into the van for the two-hour journey. This release was a big deal, and we were all excited!

The release itself went great – as Brie says in the video, the bobcat “ran off into the sunset” (it was mid-day so not really true … but you get the idea).

After the release, things went … much less smoothly.

First of all, that morning Brie had been diagnosed with whooping cough – yes, apparently unvaccinated adults still get whooping cough. We teased Brie for having an “old-timey” illness common in babies, but really, she felt pretty crummy and was such a trooper, traveling nearly four hours round-trip and doing several phone interviews despite her sore throat and cough.

Shortly after the release, Brie and I stopped at a Wawa in Richmond for a quick lunch and bathroom break before the long trip back to the Center. I was excited to share Wawa with Brie (it’s one of the only things I miss from life in New Jersey).

I maybe got too excited, because, in this Wawa parking lot, I locked our keys in the car. Dramatic reenactment of keys locked in the car.

I thought Brie might yell at me when she realized what I did, but her illness made her too tired and weak to get properly mad. I capitalized on her weakness and tried to play it down.

This is not the first time I’ve done this – I’m not exactly known for locking keys in the car, but I’m also not known for being terribly responsible with my keys. Despite my (sort of) reputation, we were living on the edge while in between roadside assistance contracts for the Wildlife Center vehicle fleet, meaning we didn’t have anyone to help us get back into the car.

Luckily, assistant vice president Lacy Kegley immediately responded to my panicked call; as I conveyed my fears (in a whisper) that Brie might harm me for getting us a stranded at the Wawa, Lacy found a company that could help us in less than ten minutes. Lacy saved the day and possibly my life.

A man came and expertly broke into the car for us, and we got back behind the wheel just in time for Brie to do her second phone interview about the bobcat release. Fifteen minutes later, we hit the road, back to the Wildlife Center! Yay, smooth sailing from here on out!

Except … there was a major fire along I-64 and traffic was backed up for miles and miles. Power lines were damaged, lanes were blocked, emergency vehicles were rushing down the shoulder …

We sat in the car for h-o-u-r-s. I could feel Brie stewing beside me as I made small talk and tried to convince us both that we wouldn’t have avoided the traffic even if I hadn’t locked us out of the car.

Finally, we were allowed to make a U-turn and get on the back roads (which meant the trip would be longer in both time and distance).

By this point, we were starving and we stopped for a very late dinner. Brie got soup (to soothe her whooping-cough-injured throat).

And by 10 p.m. we were back at the Center, just in time for us to quickly send a few more photos and interview responses to reporters before their deadlines. I can only assume Brie slept for two days after she got home – at least, I didn’t hear from her until the following Monday …

Brie says she has forgiven me, but I am almost certain she will never let me hold the keys again. 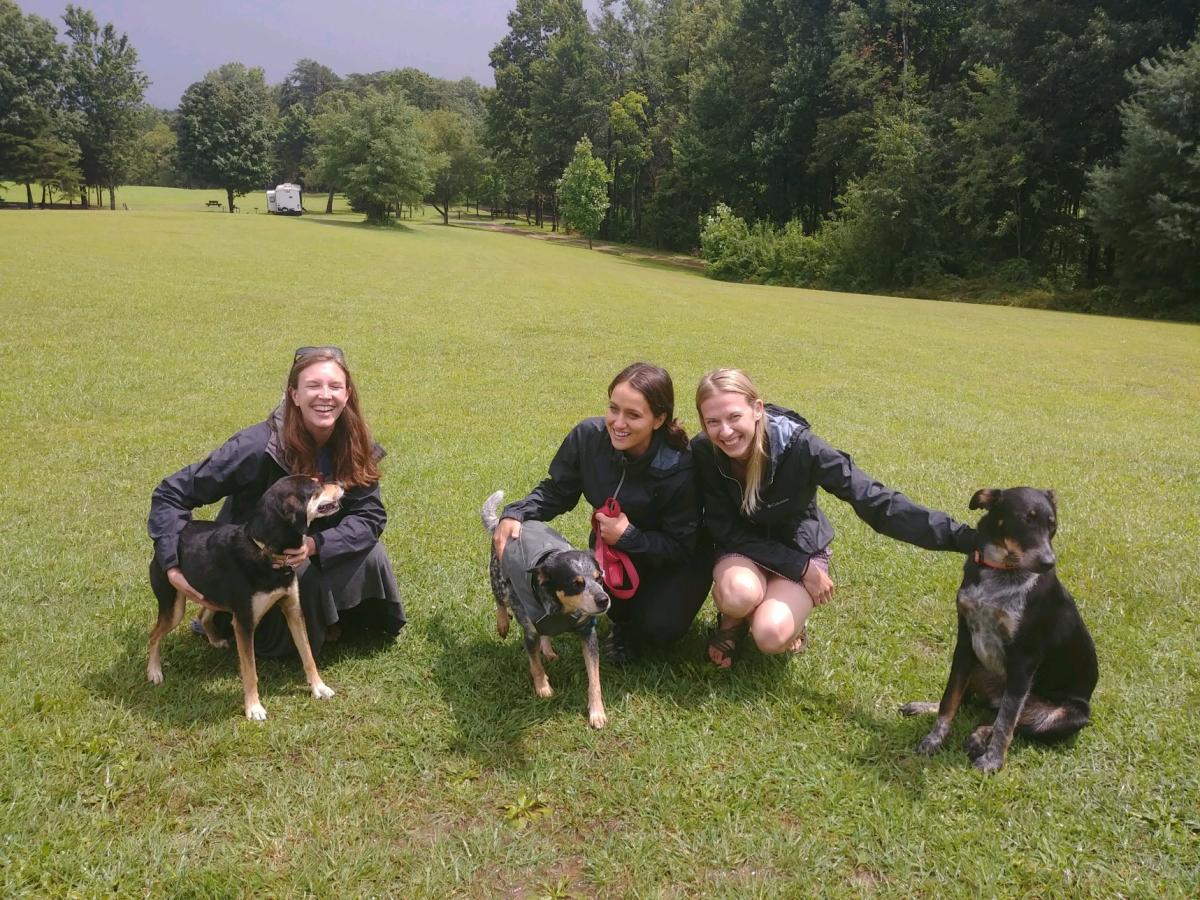 Amanda, Brie, and me, with our respective dogs – at an event five months later, when Brie finally forgave me (Kidding! She still hasn’t forgiven me.)