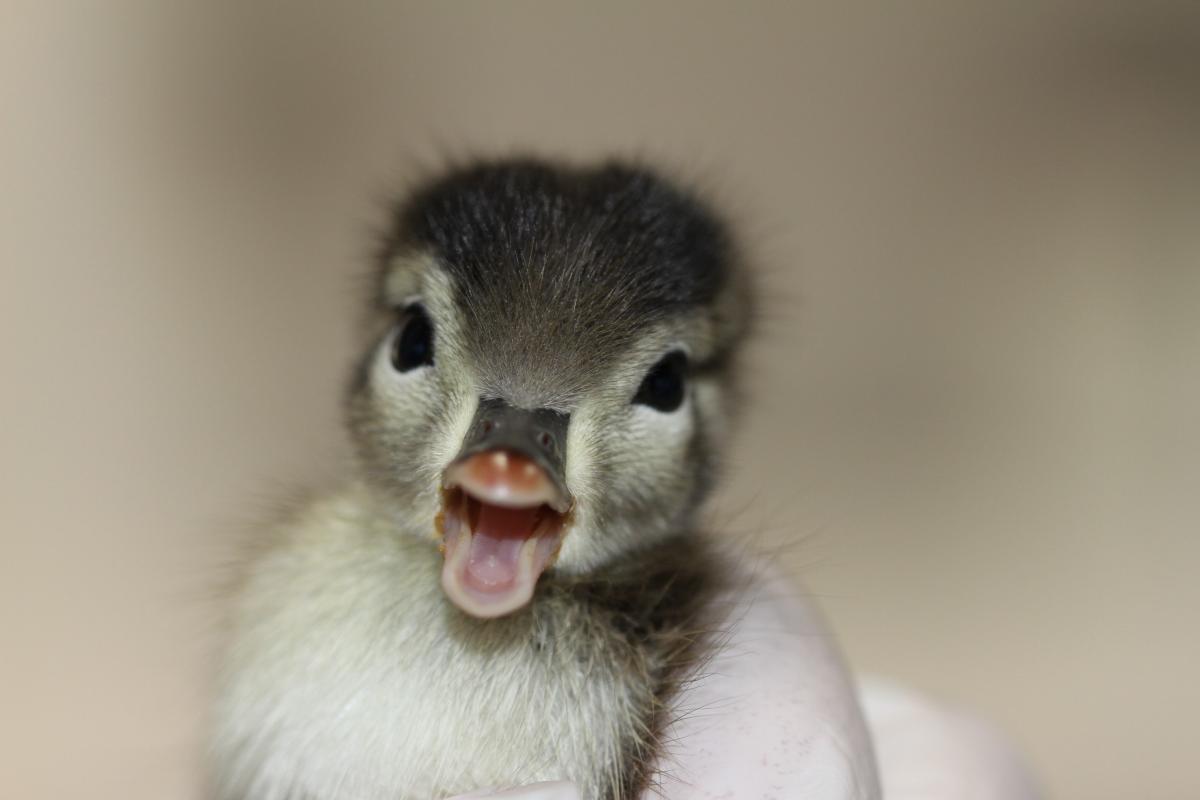 My favorite memory from 2018 was definitely the day I transported a tiny, but very active and seemingly healthy, Wood Duck duckling to the Wildlife Center.   He had been found in a family’s backyard and there was no sign of mom for quite some time; the decision was made to transport him to the Wildlife Center.  He was so small he could easily be held in one hand.   “Cute” does not even come close to describing him.

I met the family in a convenient parking lot and we transferred him from their carrying box to my small-sized cat kennel.  They told me he was a very active little guy.  I put him in the back of my little hatchback and covered the kennel with a towel.  We set out on the 45-minute drive to the Center and he began creating all kinds of noise, banging and jumping around.  He did NOT like being in that kennel and I was beginning to worry about him hurting himself, but after about 10 minutes he quieted down and I breathed a sigh of relief thinking he had worn himself out and was resting or dozing.

We were heading North on I-81 and traffic was quite heavy.  I was enjoying the quiet and concentrating on the traffic.  All of a sudden, I felt this “furry" creature climbing onto my right leg.  Within a second, I realized that it was my passenger – but his sneak attack made my adrenaline shoot up mighty high!  This little fellow had been able to squeeze through a small opening in the screen of the carrier, wiggle under the towel that covered the carrier, climb over the back seat, cross the back seat, drop to the floor of the back seat, and then manage to climb onto the console between the front seats and on to my lap!

This created a whole new set of issues.   I absolutely had to contain him so he would not get hurt or venture under my feet.  The carrier had flunked as a suitable container.  Time for Plan B: I stopped at McDonald’s to obtain a small box with air holes punched in it. We eventually made it safely to the Wildlife Center!

Epilogue:  He was a healthy little fellow and was transferred to a rehabber who had other duckings so he could have some duck buddies as companions as he matured.  A very happy ending.