I am so excited that I actually have the opportunity to be writing one of these! Back in September, I began an externship in the rehabilitation department, and I never thought that three months later I would be transitioning from student to staff member!

One of my favorite memories that comes to mind during my time here so far has to be from one of my vet days. On vet days, instead of working in the rehab department, I got to work with the vet team on treatments and examining incoming patients. The day had been rather slow, a long surgery on a Northern Flicker consuming most of the time. I had my fingers crossed that at least one new patient would come in before we all went home for the day, but as 5:00 pm drew closer, it appeared that the chances were slim.

However, it never fails that there will be that final admit that arrives minutes before closing! I was thrilled when a raptor was admitted, and better yet, it had not yet been identified. Dr. Karra let me take a peek at it first, and I immediately recognized that this bird was a type of falcon! Even more exciting, when I got the falcon out of the crate and into my arms, Dr. Karra identified it as a Merlin! 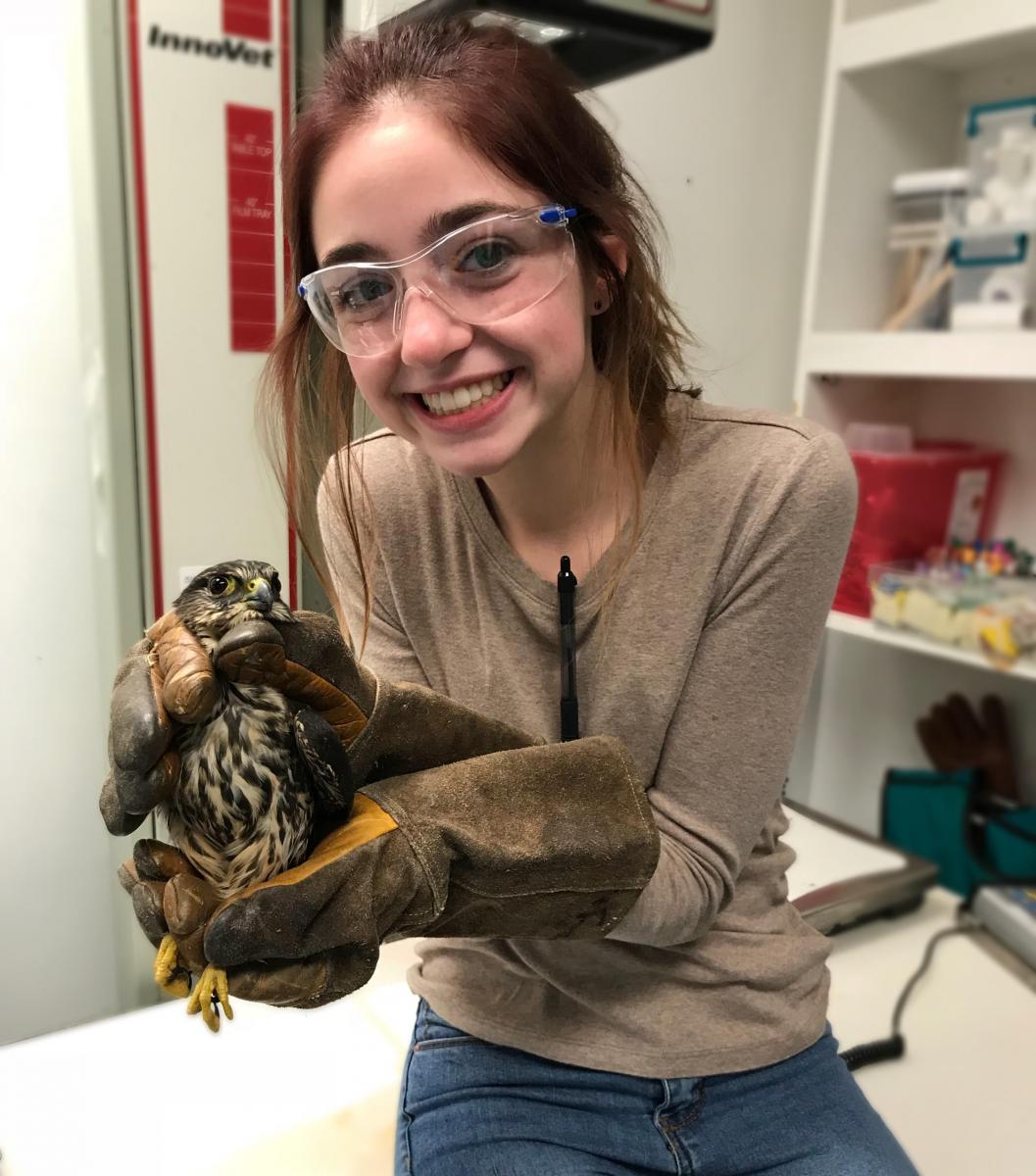 Earlier in the day, I had been reading some of the guides we have in the radiology room, and there happened to be a bird species list. I had read the word “Merlin” on that list and thought to myself that I had never seen one before, or even heard of one. Then, hours later, there one was in my hands!

We performed a physical exam, and the most alarming issue with this patient was that its right wing was completely gone – detached from the shoulder. My heart broke for the small falcon; it was obvious to the vet staff that this Merlin had been without a wing for more than a day or two. Most likely, this falcon had become caught in something or attacked by a predator, leaving him with such a severe injury. My first thoughts were, “How has this little guy made it that far?” Sometimes there are just patients that come in and really surprise me; wildlife is tough!

Unfortunately, it would be entirely unethical and unfair to the Merlin to be released with only one wing, so it had to be humanely euthanized. I was sad that there was nothing we could do for it, but I felt at peace knowing it was rescued and brought to us instead of being left grounded in the wild where he would not have survived. 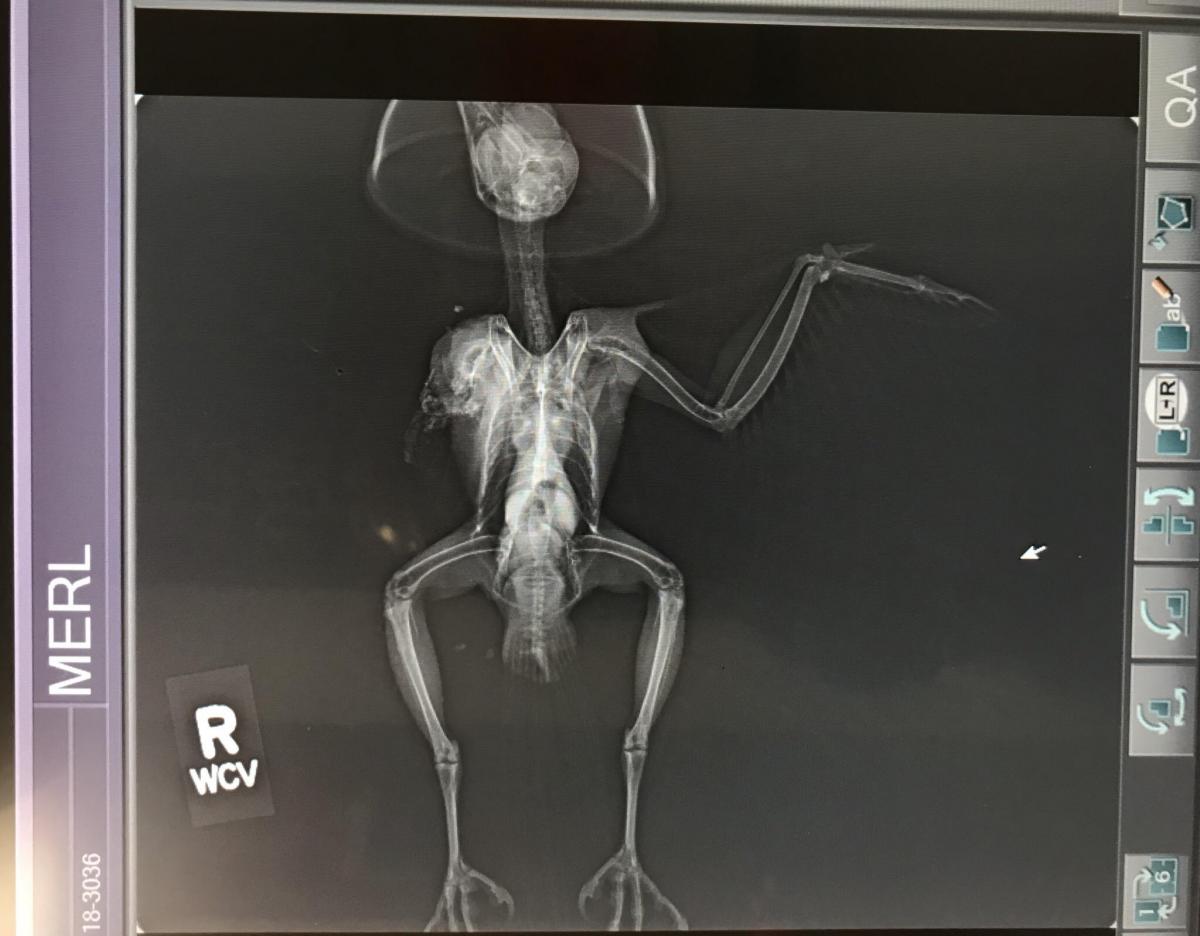 Though this was not the ending I hoped for, I chose this as my favorite memory because the experience showed me that even a small raptor like a Merlin can be such a fighter. I ended up going home that night feeling inspired, and I did some research on the species as I previously had little-to-no knowledge of them whatsoever! Now, Merlins might even be my favorite kind of falcon! Plus, they share the same name as a wizard, which I think is pretty awesome.

I had an amazing experience as an extern here at the Center and I am eager to see more unique species come in. Now that I am working at the front desk, I am especially excited to be the person admitting these patients!