If you ask me, working hands-on with the Center’s education ambassadors nearly every day is one of the best things about being in the outreach department. I have the chance to interact with some amazingly cool animals in ways that most people will never get to experience, but it’s more than just interacting with these animals that makes it so special – it’s building a relationship with them. 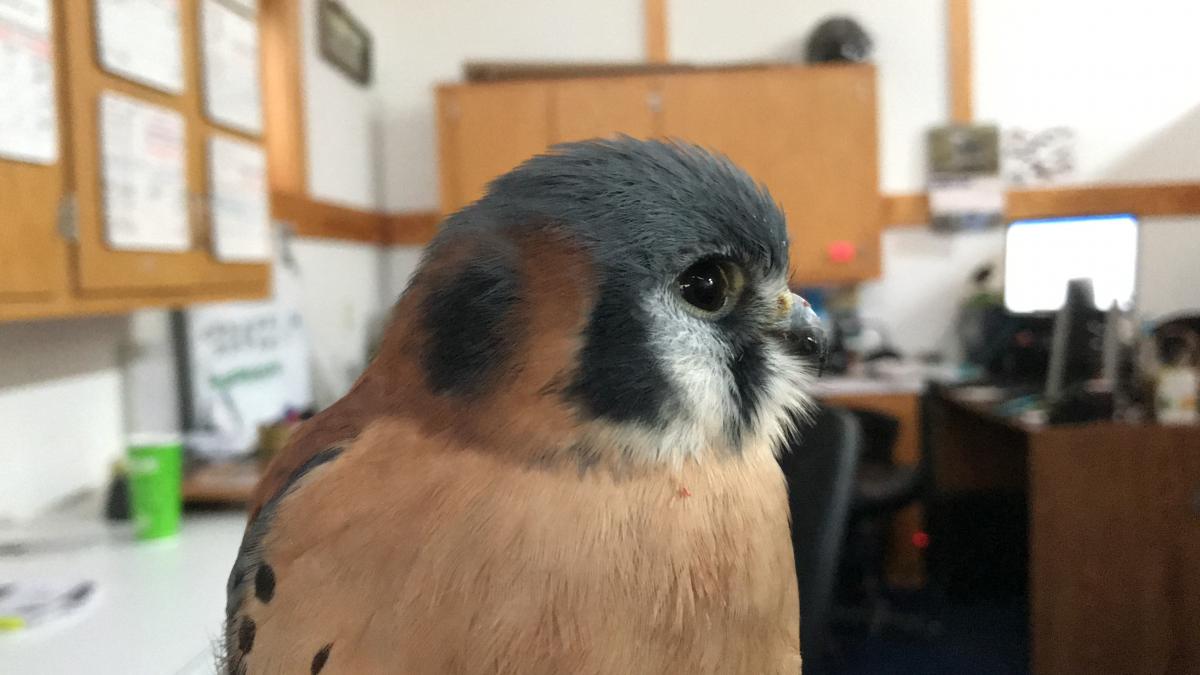 It’s not uncommon to be asked, “Who’s your favorite education ambassador?” around the office, especially from new students and staff who are meeting the ambassadors for the first time. You would think that’s a tough question to answer … but truthfully, this past year has made the answer an easy one for me. I have admiration and respect for all of the ambassadors, but I have the most for Verlon the American Kestrel.

Verlon is one of the youngest ambassadors at the Center. He arrived as a hatch-year bird in 2016, which makes him about two-and-a-half years in age this winter. Throughout his time here, I’ve been lucky to be one of the people he interacts with the most frequently during daily feeding and training, enclosure maintenance, and general care. I feel like I’ve seen him grow up during that time, especially in 2018. 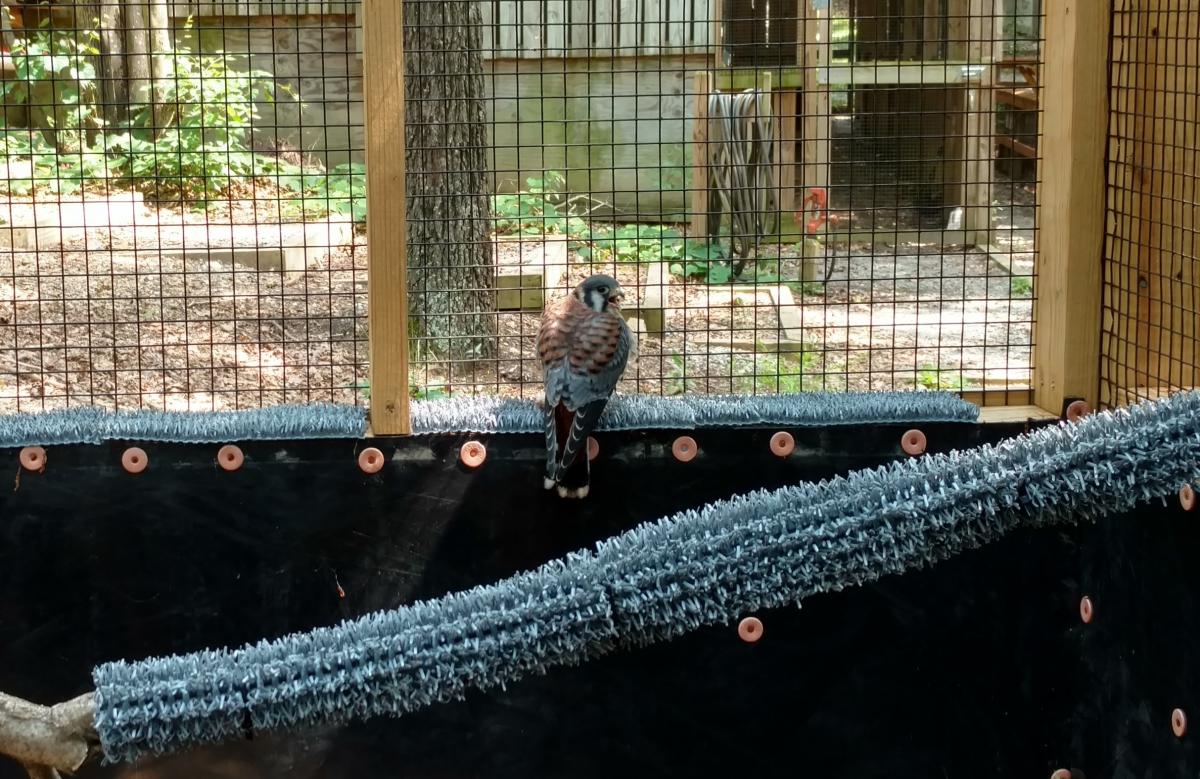 This past spring was the first time I noticed some major behavioral changes in Verlon in terms of how he acted around me, particularly inside his enclosure during those daily feeding and training exercises. Specifically, he came into a bad habit of flying straight for my face when I entered his enclosure and, after much fluttering, perching on top of my head. Despite being so small, those talons are sharp! I don’t think it’s a coincidence that this strange new behavior started to appear during the time of year when wild kestrels are looking for love … I’m flattered, Verlon, but I think we’re better off as just friends.

After buckling down on training for a month or two, Verlon was back to his usual self and my head was no longer in peril. Nothing too out of the ordinary happened for Verlon during summer and fall, but winter brought one of the worst ice storms I’ve seen in years. If you’re reading these Year in Review blog posts, there’s no doubt you’ll hear about it from other Center staff members, or maybe you’ve already seen the updates on our main page and know how bad the damage was.

As one of Verlon’s primary handlers, it was up to me to get him safely – and quickly – inside before anything disastrous might happen that day. As you might expect from a young, healthy kestrel, Verlon is fully capable of flying wherever he pleases within his enclosure; if he doesn’t want to come to you, he won’t. Considering all the noise from cracking and falling trees and general flurry of activity that day, I was expecting a stressed out, nervous, uncooperative bird that had no intention of leaving the enclosure with me. Instead, I was met with an attentive, responsive, and willing partner. I entered his enclosure, shut the door behind me, turned around, raised my gloved hand, and – just like we’ve practiced almost every day for the past two years – Verlon flew right to my hand. It took just a minute or so to secure his equipment to my glove, and we were on our way inside. Phew!

Initially, I was shocked that he was so willing to perform his regular role in such extreme and unusual circumstances. After a little more reflection, though, I didn’t find it quite so surprising after all. Working with other raptors at the Center has made it clear to me that birds are able to recognize different people, and I’d like to think Verlon knows who I am. I became a regular presence in his life when he was still quite young, and I’ve stayed there as he’s physically and figuratively grown up. For me, the most unforgettable event of 2018 will not be the ice storm that nearly wiped us off the map; it will be realizing the feelings of gratitude I have for a little kestrel that let me be a part of his life, and gave me his trust when it mattered the most.

Or maybe I was just having a good hair day.