Being a Wildlife Rehabilitator: Kelsey Pleasants 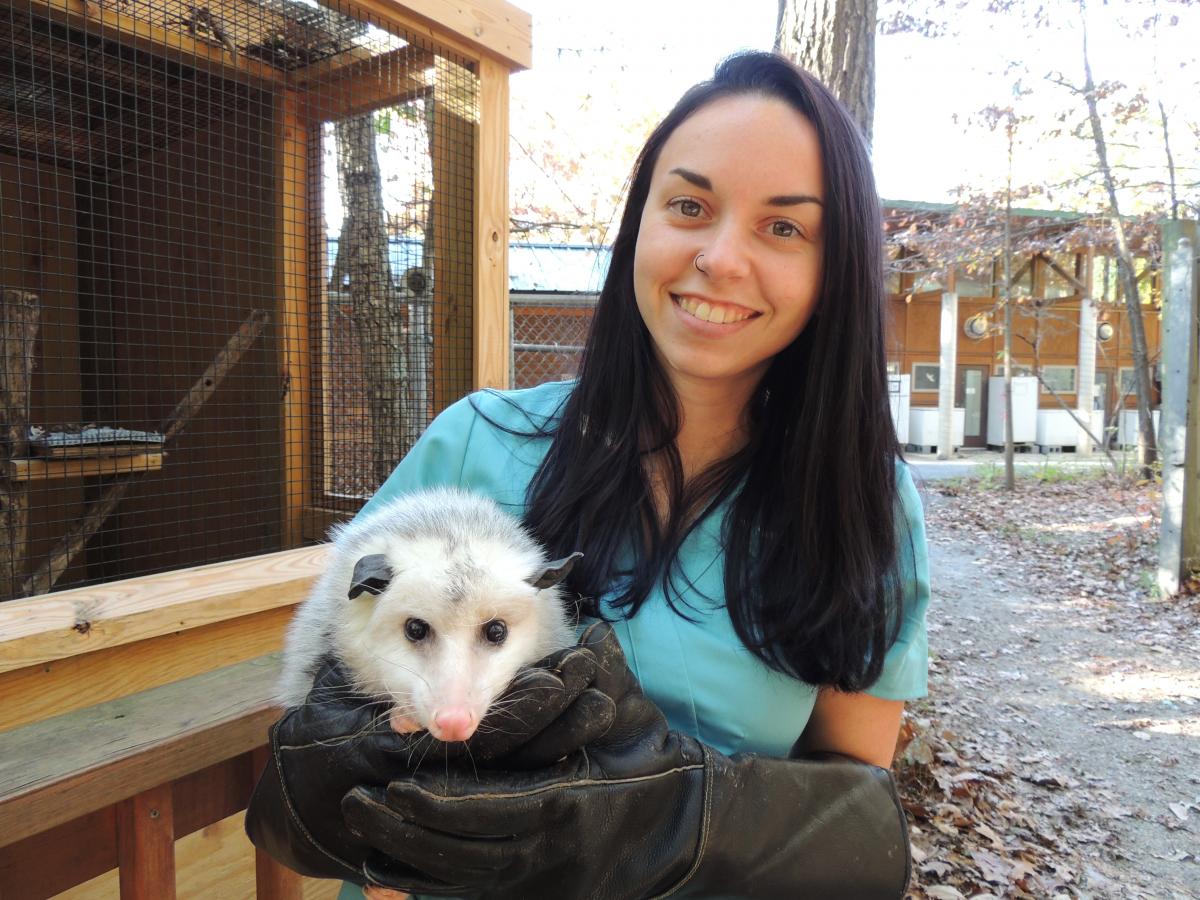 Kelsey Pleasants has been a full-time staff rehabilitator at the Wildlife Center of Virginia since the fall of 2017. At the Center, wildlife rehabilitators are responsible for admitting patients, feeding and maintaining proper nutrition of all animals, evaluating patients for release, maintaining proper enclosures dependent upon species,  teaching online and in-person classes and courses, and providing hands-on training to dozens of veterinary and rehabilitation students each year. We asked Kelsey to share some perspectives on being a rehabilitator, with particular emphasis on working with Virginia Opossums, one of her favorites!

See Kelsey at work in our 13-episode television series, Untamed!

Why did you decide to become a wildlife rehabilitator? What is your background?

When I began my undergraduate degree, I had intentions of eventually applying to veterinary school.  Around my junior year of college, however, I realized it wasn't the path for me and was at a bit of a loss of where I wanted to go.  I always knew I wanted to work with animals in some capacity, but I didn't have much of an idea of exactly how I wanted to accomplish that.  While trying to figure out what career I’d like to end up in, my mom suggested I apply for a rehabilitation externship at our local wildlife center – The Wildlife Center of Virginia (thanks, Mom!).  So in 2012, I was accepted as an extern and I’ve never looked back! I didn’t know much about wildlife prior to the externship, but I quickly realized this was my passion and where I was meant to be. Not only do I love the hands-on work with the amazing species that come through our doors, but I also love being able to educate others about wildlife, teaching and mentoring students interested in this field, and sharing my passion with others.  Seeing a new rehabilitation extern’s excitement as they catch their first Red-tailed Hawk, or tube-feed their first baby opossum, is just as fulfilling for me as seeing one of my patients I worked hard to rehabilitate be released into the wild.

What’s your favorite thing about opossums?

I love everything about opossums, I’m not sure that I can pick just one thing!  It’s easy for people to think of wildlife as “dirty” or “gross”, but opossums are actually very clean animals! Much like cats do, opossums diligently groom themselves after every meal, and frequently throughout their day.  They’ll lick their fur and tail, or lick their hands and use those to wipe their face and ears to clean them off. During this grooming process, opossums remove many of the parasites that cling to them, such as ticks! In fact, opossums remove about 95 percent of the ticks on their bodies, meaning that opossums make quite a positive impact on reducing the tick population in our environment. They’re also opportunistic omnivores, meaning they’ll eat anything they can get their cute little hands on.  Rodents, carrion, and even venomous snakes are a part of their diet! They love creepy-crawlies, too, like ticks, stinkbugs, and cockroaches. If I could hire the perfect pest management crew for my house, no doubt it would be an army of opossums.

This year has been one of our busiest opossum admission years at the Wildlife Center.  At one point this baby season, we had around 85 opossums at once in our nursery! They’ve since grown up quite a bit and are about ready to be released.  However, in early May, we admitted a small opossum that required tube-feedings every two hours.  This opossum still needed to be in an incubator for warmth, and given that she was so much younger than the rest of the opossums in our nursery, she had to be housed alone after her admission.  But in the third week of May, we admitted a group of five baby opossums just slightly larger than our tiny singlet! So, I took the opportunity to house them together, since it is important for babies to be housed with conspecifics.  Almost immediately, our youngest female opossum climbed straight onto the back of one of her new siblings and clung onto him, just like she would with her mom! I can’t say her new brother appreciated his new backpack very much, but it was very cute to see. When I tended to the group for their feedings throughout the day, I found our young opossum on the back of her new brother each time. 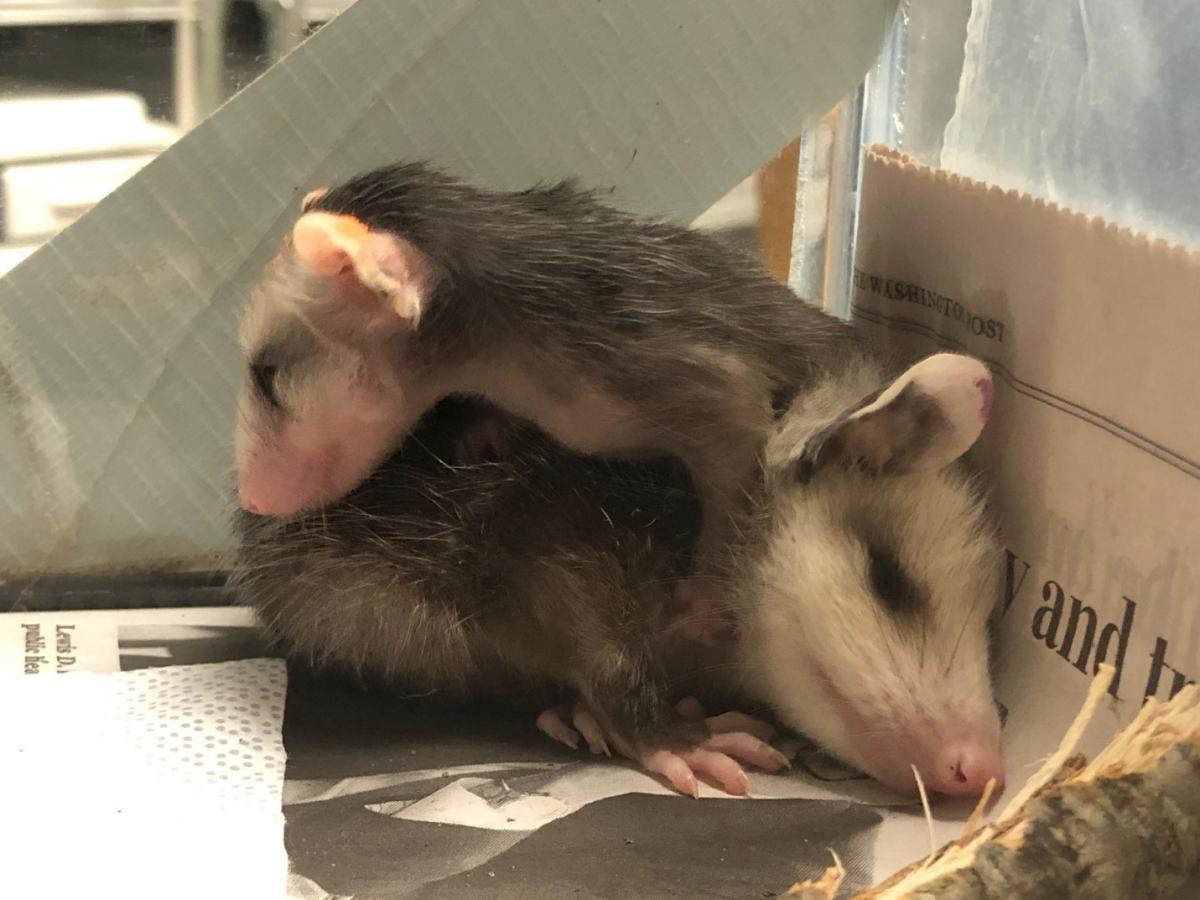 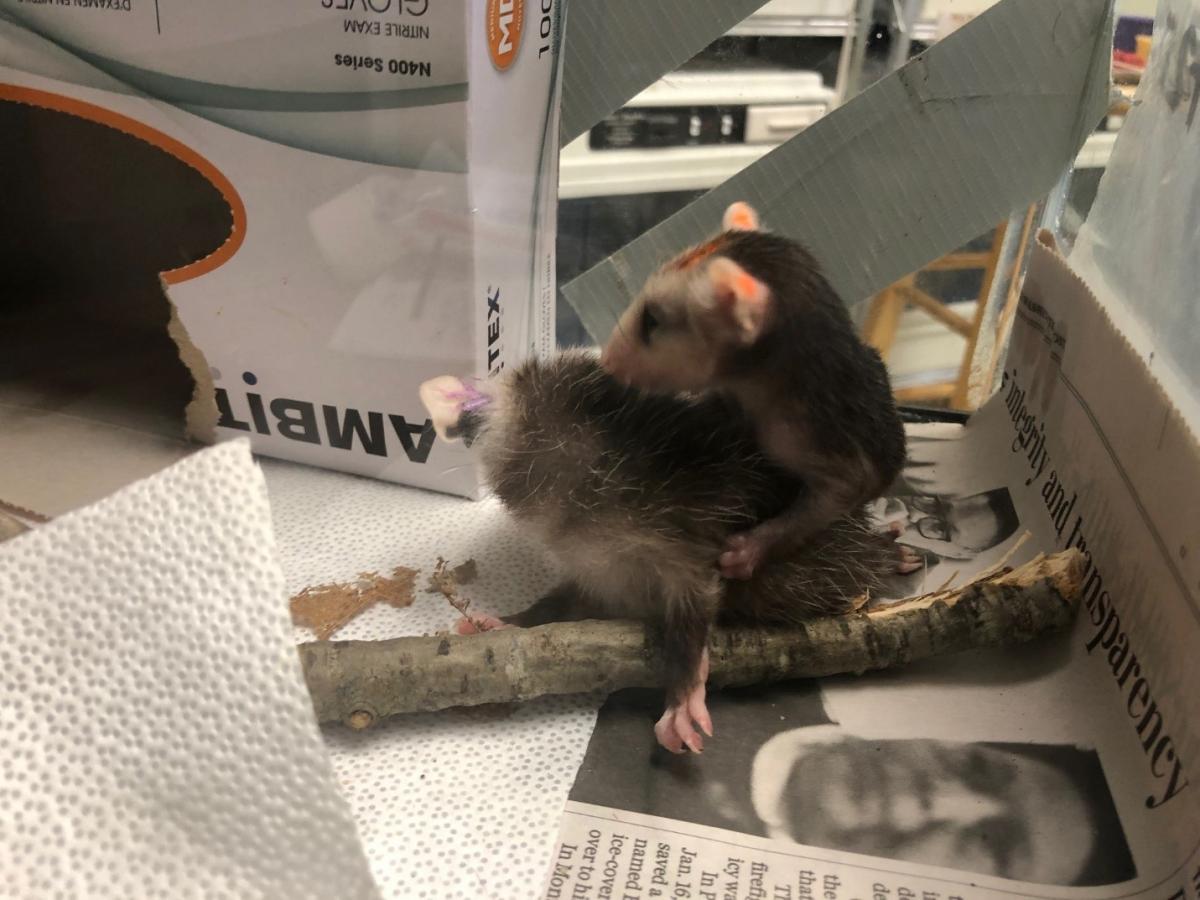 What’s your advice to someone who wants to work in the field of wildlife rehabilitation?

Volunteering is a great place to start! You’ll get to get first-hand experience in this field and see the hard work and dedication it takes to be a wildlife rehabilitator.