Being a Wildlife Biologist: Jaime Sajecki 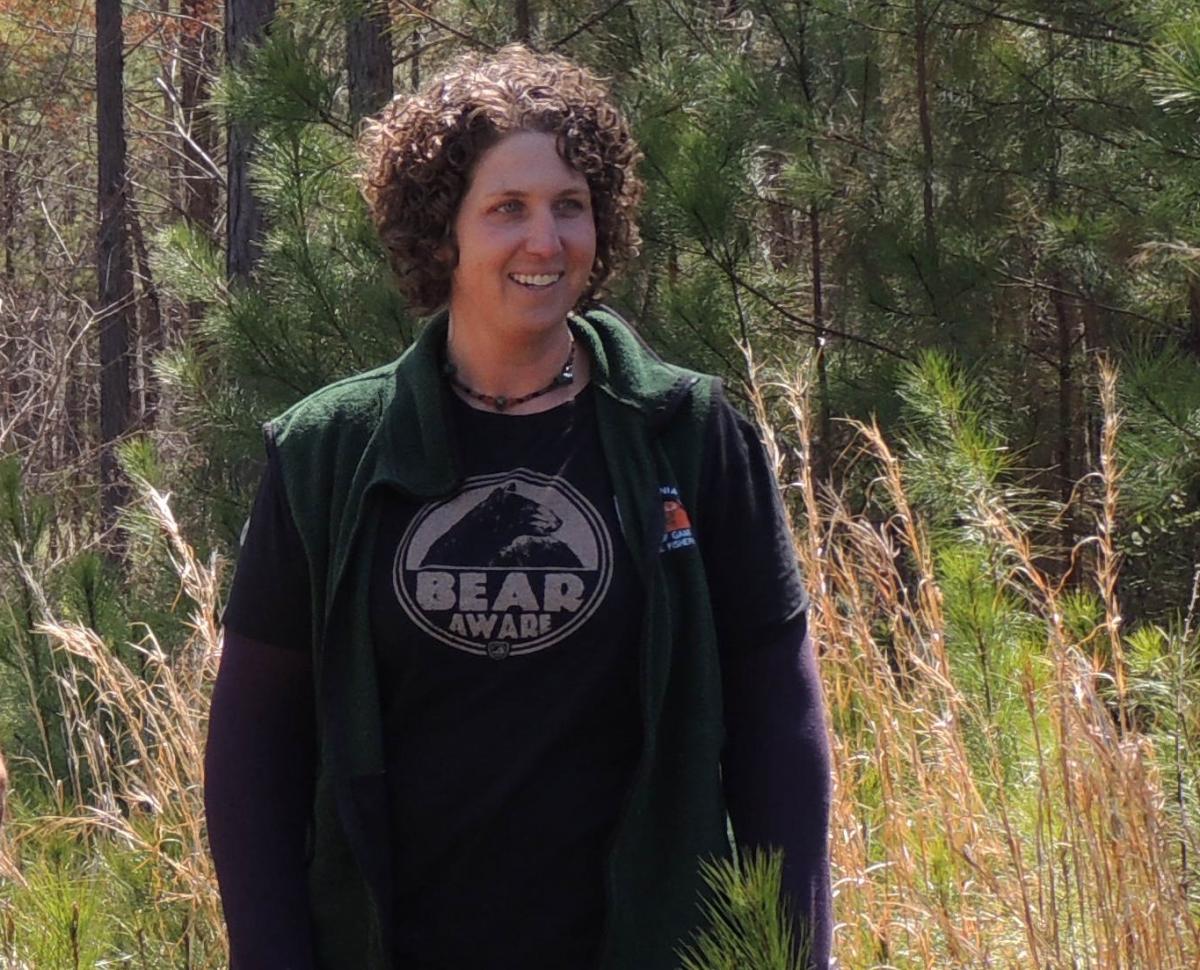 Jaime Sajecki is the Regional Wildlife Manager with the Virginia Department of Game and Inland Fisheries; prior to her current position within DGIF, she was the department's Black Bear Project Leader.  Jaime works closely with the Center and assists with the coordination of bear patient admissions and releases. We asked Jaime to share some perspectives on being a wildlife biologist.

See Jaime at work in our 13-episode TV series, Untamed [Episode One]!

What’s your background? How did you become a wildlife biologist?

I am pretty sure I was destined to be a biologist. I was the kid who found injured and dead creatures and brought them home, played with snakes, spent my free time in the woods building forts and collecting stuff, had notes sent home from teachers at school who were concerned that I would pick and eat a lot of things on class nature walks …

My parents really nurtured this (even if they didn’t appreciate all the creatures I brought home), they had moved from New York City to raise my sister and me in a small town in Connecticut and every year we would take river trips, visit national parks (I still have all my Junior Ranger buttons), and camp across the whole U.S.  I went to a small liberal arts college where I took a lot of science classes and got a Biology degree and completed an internship at a nature center one summer.  I really loved my microbiology class where I learned about animal disease, so I decided to get my Ph.D. in microbiology in Arizona. After a few years working in a lab hating every second of the program, I quit. My father had gone to grad school in Northern California at Humboldt State and we had visited that area on one of our trips. It was so beautiful there in the redwoods on the rocky coasts. I knew they had one of the best wildlife programs and I wanted to stay in the west, so I decided to get my Masters in Wildlife Management there.

It just so happened that with my disease background, I got to work under a great professor at HSU who was researching tick-borne diseases in Black Bears on an Indian Reservation in eastern Humboldt County. I began working on the Hoopa Valley Indian Reservation right away after moving to CA.  I was out in the forest learning to navigate and trap bears and do tree and owl surveys and function on very little sleep.  I was always covered in dirt and bear poop and rotten fish bear bait and ticks. I shaved my head (to find the ticks easier) and saw more animals than people every day. I had an amazing mentor, the most devoted and inspiring wildlife biologist I ever met. He was what I wanted to be when I grew up. I fell in love with all of it: the bears, the huge forests, the school, the program, and the purpose. I stayed from 2001-2006 and then came to Virginia for a job in the non-game division of DGIF and here I have stayed.  The majority of my time I have been the Bear Project Leader and now Regional Terrestrial Manager.

What has surprised you most about working with bears?

How anyone anywhere could not love, or at a very minimum, respect and appreciate them.  I am constantly surprised at how tolerant bears are of the various things people do in front of them, or at them, or to them, and how well and efficiently bears adapt to any situation. Finally, the depth of their relationships and interactions with other bears keeps surprising me. 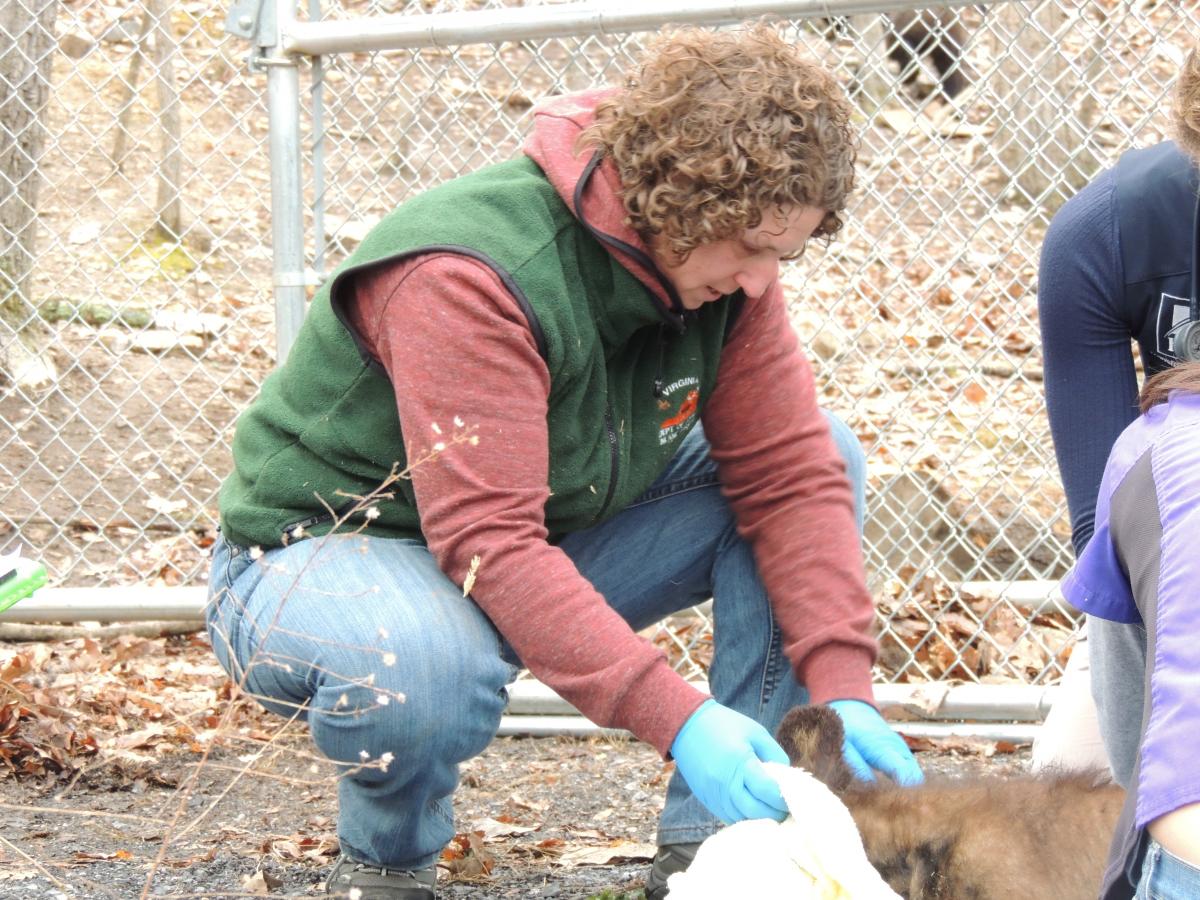 What’s your favorite thing about bears?

Their feet, noses, personalities, scent, beauty, intelligence, tolerance, specific problem-solving skill of bouncing on stuff till it breaks and they get to the part they want, strength, tenacity, persistence, and their constant antics that always make me laugh even when I am in the worst of moods.

What’s your advice for people who want to be a wildlife biologist?

Being a wildlife biologist is often a compromise between getting to do the most amazing things that most people only dream about, being a voice for things that can’t speak for themselves, and carrying the burden of doing and seeing things that you wish you never had to do or see.  You have to figure out how to be comfortable with the compromise.  Also, you have to give up some of the fun stuff to have a greater influence on policies and procedures that have the most impact on wildlife, habitats, and the environment. I suggest everyone get field technician jobs for a while because those times will often be some of the most fun and incredible experiences you will have and keep you going when you get frustrated with the job that has you stuck indoors most of the time.