Wildlife Center Board of Directors 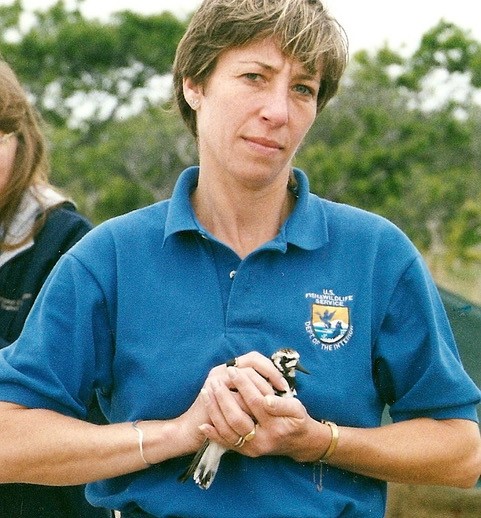 Cyndi Perry
Chair
Cyndi spent nearly three decades in research, field, and leadership positions with the U.S. Fish & Wildlife Service. She holds a Bachelor of Science degree from Michigan State University (College of Natural Resources), a Master of Science in biology from Eastern Michigan University, and in zoology from the University of Maine. Cyndi’s early career was dedicated to researching anthropogenic effects of contaminants in wildlife in the Great Lakes and New England. She spent a third of her career providing leadership in the conservation of migratory birds and their habitats, including leading the national effort to increase funding and human capital for the conservation of shore-, water-, and land birds; streamlining Migratory Bird Permit regulations; developing new partnerships; growing program funding from non-traditional areas; cultivating innovative grant practices for international grantees; and using human dimension research in strategic planning with North American partners. Her philosophy is that effective conservation of wildlife will be most successful when we engage people, stimulate their interest, and cultivate new ways to share our world. Cyndi loves hiking through the woods with her golden retriever, watching wildlife, photographing wildlife, and traveling the world to observe wildlife. She is currently working on her Virginia Master Naturalist certification. 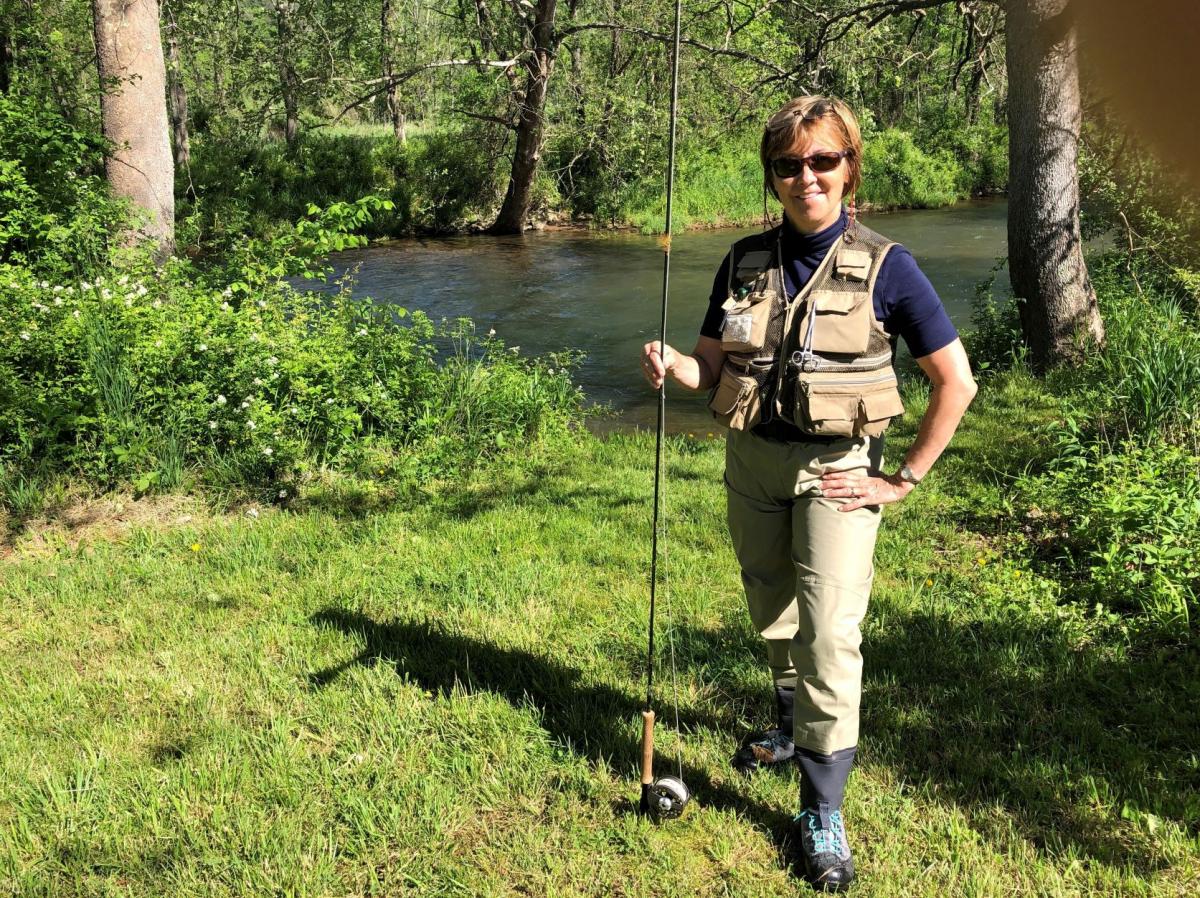 Kat Imhoff
Vice Chair
Kat is the senior conservation fellow at The Piedmont Environmental Council. Previously, she served as the President and CEO of James Madison's Montpelier, overseeing the management of the historic house and grounds as well as the diverse education and museum programs. Prior to that, she was Montana State Director for The Nature Conservancy, where she led a successful effort to conserve an ecologically intact unit of 310,000 acres of land in the Northern Rockies that serves as an environmentally protected migratory corridor extending from Wyoming across Montana to Canada. Kat has also served as Executive Vice President and Chief Operating Officer for the Thomas Jefferson Foundation (TJF) which owns and operates Monticello, a UNESCO World Heritage site; as the Executive Director of the Preservation Alliance of Virginia; and the Executive Director of the Commission on Population Growth and Development, a 33-member legislative study commission to promote growth management legislation. Her continuing dedication to conservation has been recognized by the American Society of Landscape Architects, the Virginia Wildlife Federation, and the Piedmont Environmental Council. It also led to her gubernatorial appointment as chair of the Virginia Outdoors Foundation and the Virginia Land Conservation Foundation. She also served on the national Land Trust Accreditation Commission. Kat lives in Albemarle County with one very spoiled black lab and fly-fishing husband. 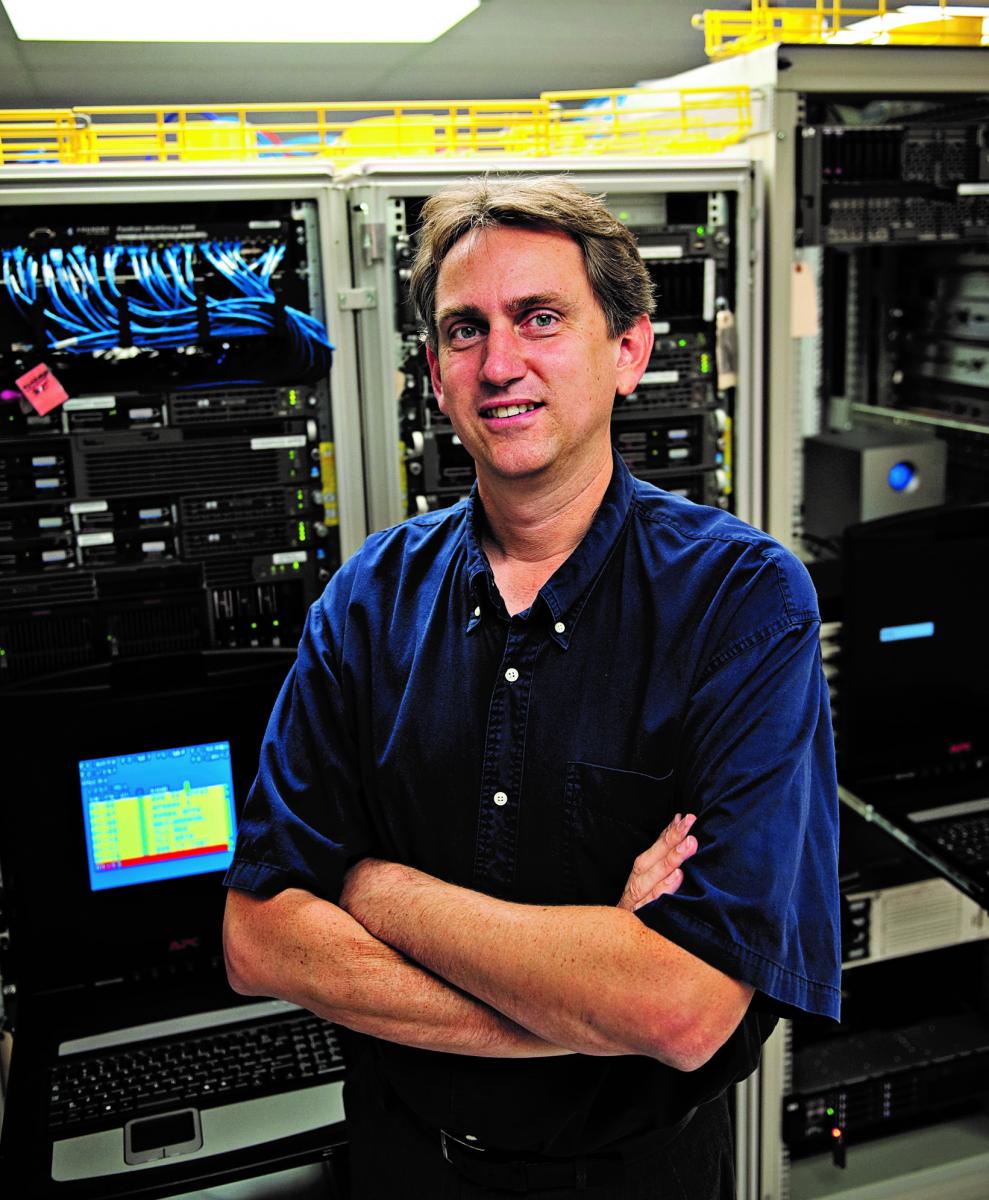 Kurt Plowman
Secretary
Kurt started volunteering with the Wildlife Center in 2002, helping with technology projects to update the Center’s internal network.  Over the years, he has implemented new telephone systems, servers and workstations, a network infrastructure throughout the complex, and the Critter Cam network.  He joined the Board of Directors in 2003 as Treasurer. In 2011, he joined the Wildlife Center Foundation and became Wildlife Center Foundation President in 2016.  Kurt works for the City of Staunton and lives in Staunton with his wife and dog. 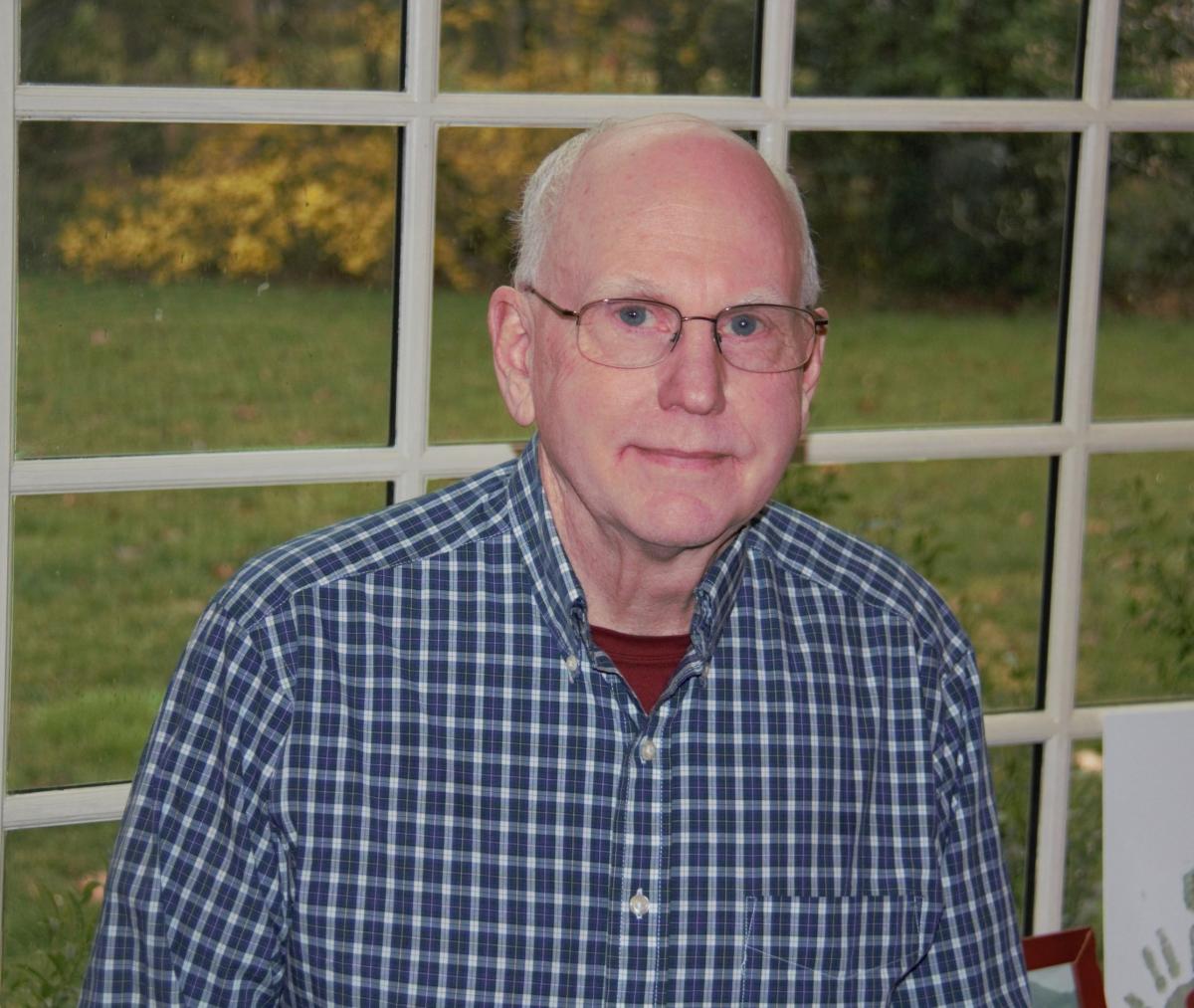 Dale is a native Virginian who grew up in Tidewater and now lives in Richmond with his wife Sara and a multitude of cats, dogs, and horses.  He became acquainted with the Wildlife Center while attending a safari in South Africa with Ed Clark. His volunteer work with the Center has allowed him to pursue his lifelong interest in wildlife conservation.  Dale’s professional experience includes more than 40 years in public company and non-profit auditing and risk management. He was the Chief Auditor of Capital One Financial from 1995 until 2003 and then the American Red Cross from 2006 until his retirement in 2015.  He has a BS degree from Virginia Tech, an MBA from Virginia Commonwealth University, and is a Certified Public Accountant.  As Board Treasurer, Dale helps oversee the Center’s financial, administrative, and foundation operations.

Scott Kimmel
Scott has worked in the Financial Services Industry since 1998, and has been at Weaver Insurance & Financial Advisors since May 2011.  Scott is a Certified Estate Planner, and also works in the Commercial Insurance Division.  Scott earned a BS from Clemson University where he also worked for the baseball team.  Scott loves to play golf, travel, and spend time in the outdoors.  Scott spends his time working between Augusta County and Pawley’s Island, SC, where his wife lives and works full-time.  This is not Scott’s first exposure to the Wildlife Center of Virginia; he volunteered in the old location in Weyers Cave more than 30 years ago as a high school student. 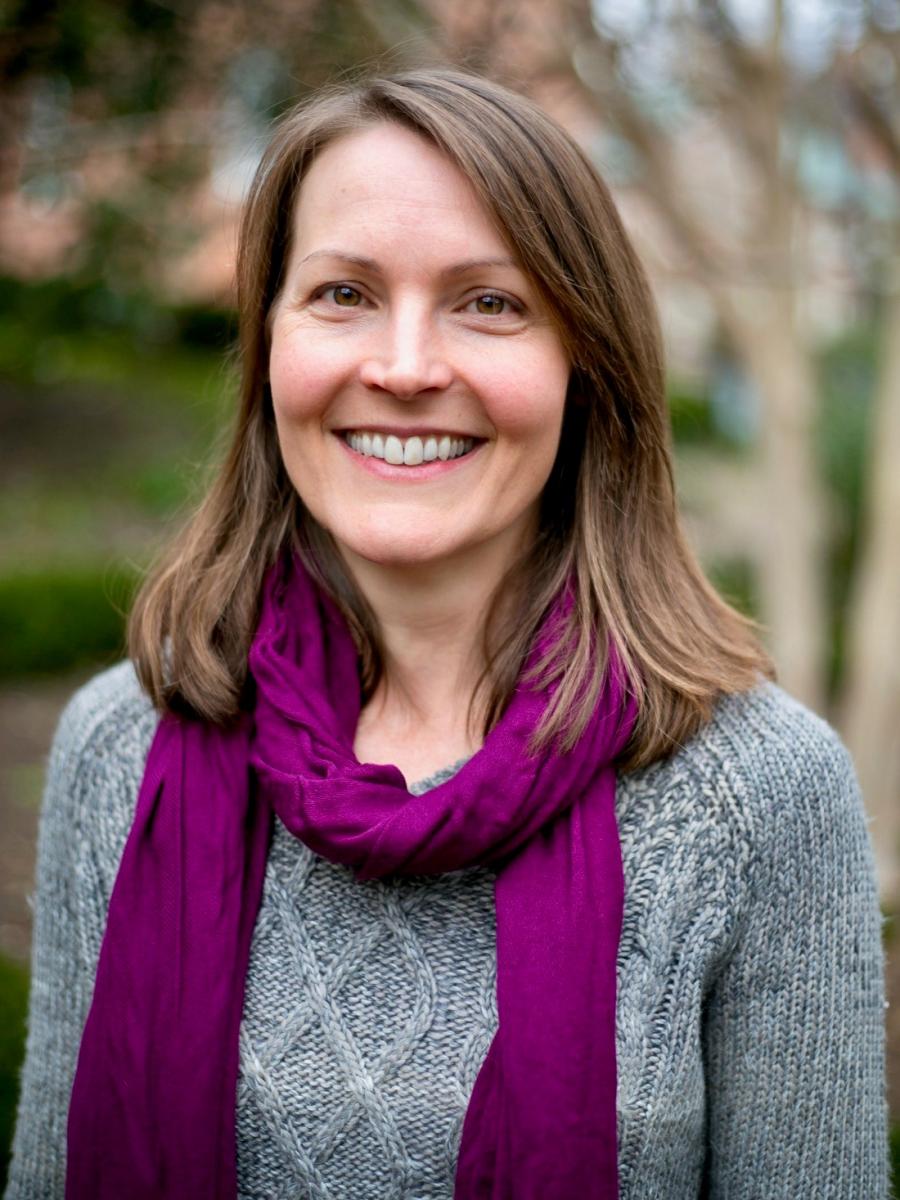 Julie Morrill
Julie became a Wildlife Center board member in 2021. She grew up in Virginia and recently returned to her home state after nearly 20 years in the Boston area. Professionally, Julie consults in emergency preparedness and physical security, working with clients in a variety of industries, including education, research, and healthcare. In addition, Julie co-founded a small non-profit organization focused on international disaster risk reduction. She is an instructor in Krav Maga (an Israeli form of hand-to-hand combat) and teaches self-defense courses to community groups with a focus on female runners. Julie loves the mountains, old forests, and, of course, animals. She enjoys running trails near her home in Charlottesville, Virginia. 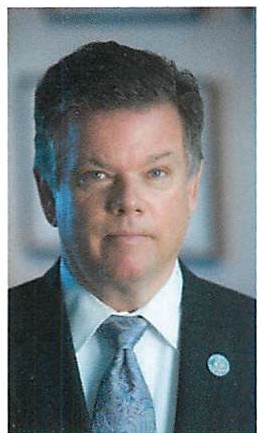 Dickson Young, Esq.
Dickson is a preeminent trial lawyer and senior partner of Whitestone Young, an established practice in Fairfax, Virginia. Mr. Young has more than 40 years of experience and is known statewide for his expertise in criminal, DUI, traffic and plaintiff personal injury litigation. He is admitted to practice before all State and Federal courts in Virginia and Washington, D.C. as well as the United States Supreme Court. As a litigator, Mr. Young has tried and argued cases at all levels of the Virginia court system. This has enabled him to represent a diverse group of individuals, including elected officials, industry professionals, judges, police officers, and professional athletes. Mr.Young has a wealth of legal expertise and experience, and his approach to serving the client is regarded, by his peers, as amicable and resourceful. He puts himself in the shoes of those he represents and appreciates how important a person’s freedom is. He is known for working tirelessly for his client in controlling the outcome of a case and fighting to protect their rights. Mr. Young is also an avid outdoorsman, with hobbies that include golf, fishing, and skiing.