In 2011, the pair of Bald Eagles nesting at the Norfolk Botanical Garden eagles were raising three chicks that hatched in mid-March. On Tuesday, April 26, the female eagle was struck and killed by an airplane at the Norfolk International Airport. After monitoring the nest for the remainder of the day, officials from the Department of Game and Inland Fisheries, in consultation with a number of eagle experts, met to determine a course of action. A number of options were considered, including no intervention, providing supplemental food for the chicks, or separating them for placement in the nests of other eagles. Ultimately, the biologists and agency eagle expert determined that the most appropriate response would be to remove the eaglets and transport them to The Wildlife Center of Virginia (WCV).

The eagles were released on July 27, 2011 at Berkeley Plantation.

For those who are interested in a souvenir program from release day: 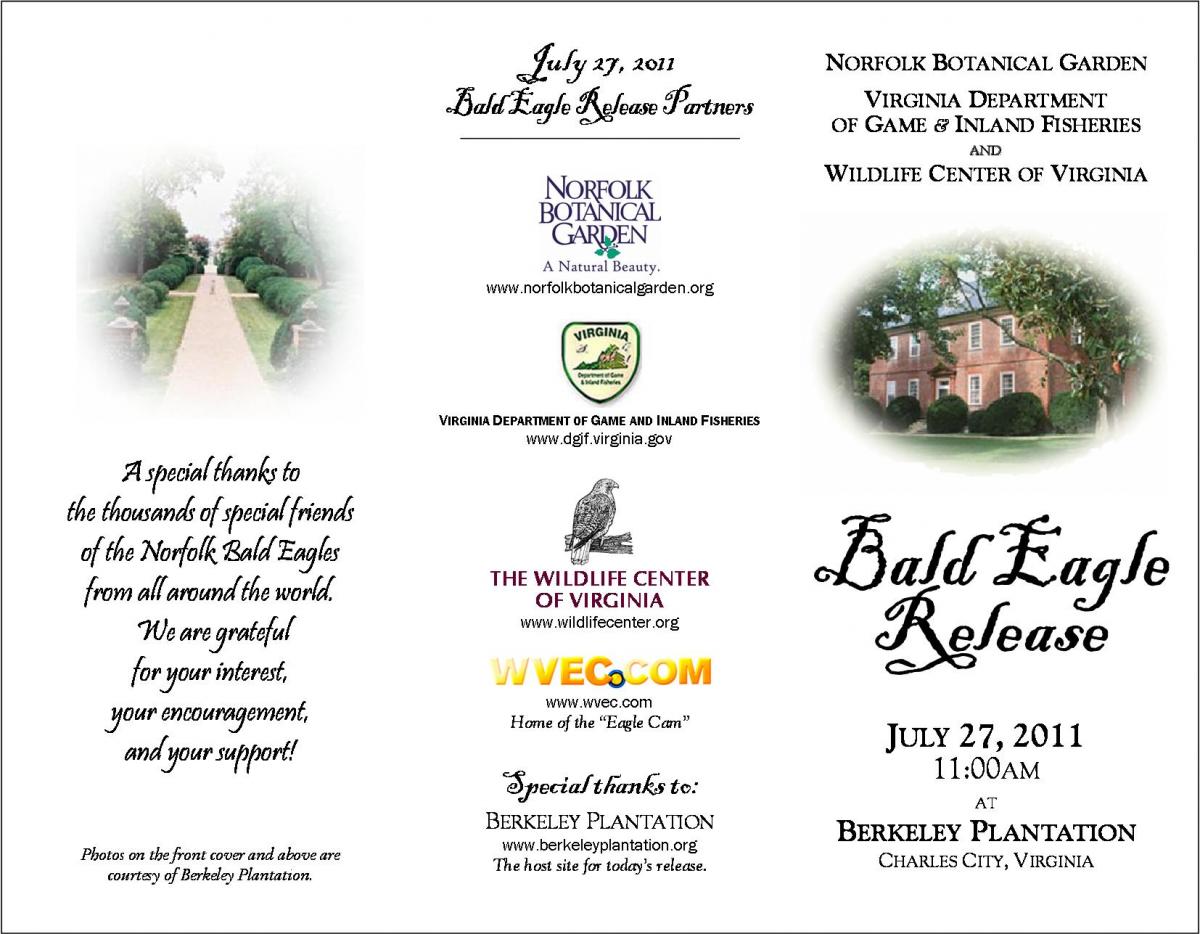 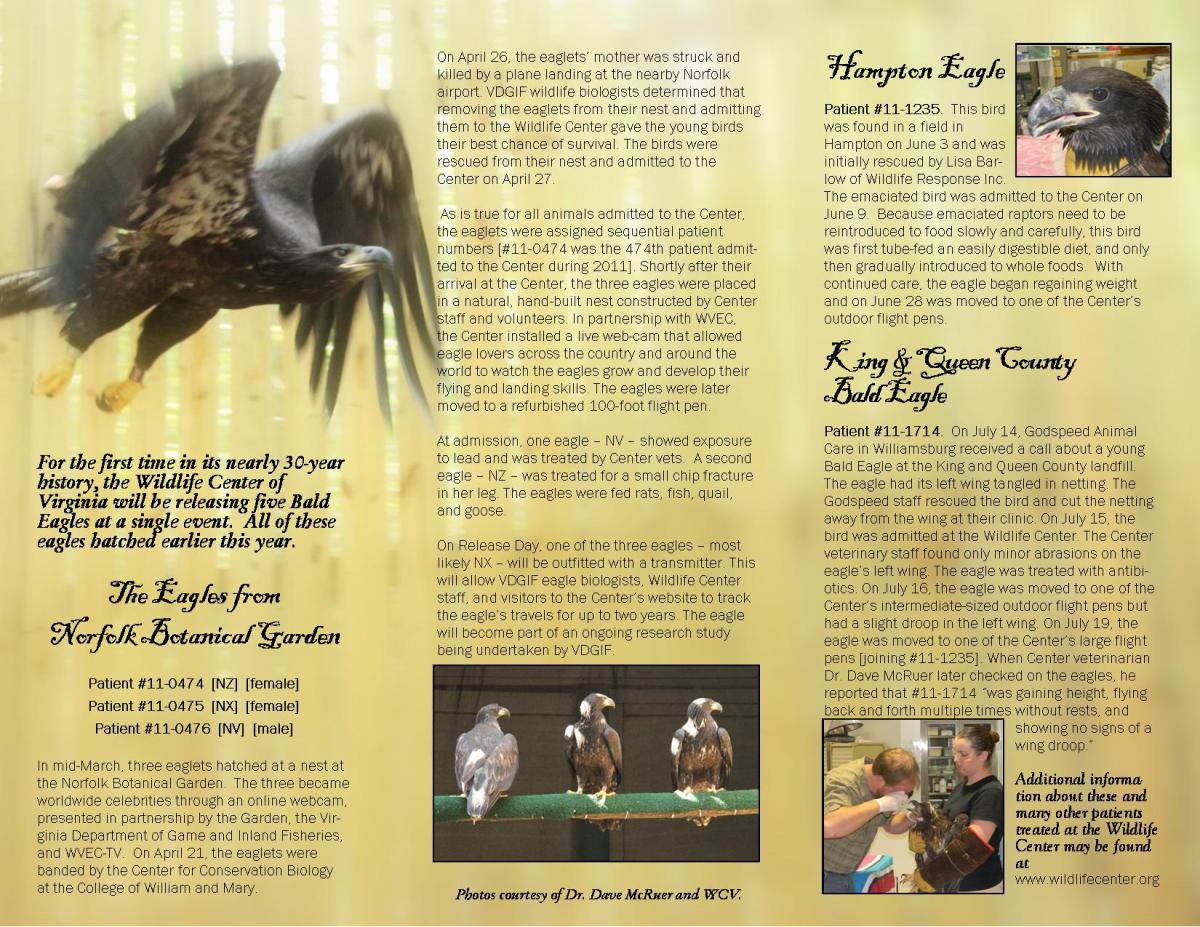 Wednesday, April 27 updates [with photos of the eaglets' arrival and pen construction]

Monday, May 2 updates [with Q&A about lead levels]